Taka Nakagami has admitted that last Sunday’s fourth-place finish at the Spanish Grand Prix drove him to tears afterwards, not of happiness but of sheer frustration, after once again missing out on an elusive MotoGP podium finish.

Now five times a top-five finisher in the past season and a half, Nakagami’s trip to the podium has been painfully elusive – especially as he was denied the chance to not just finish in the top three but to win the race by red flags at the Red Bull Ring last year.

In this year’s Spanish GP, Nakagami took the chequered flag a mere 0.6s from Franco Morbidelli.

And that’s why the Japanese rider admitted afterwards that while he was happy with another strong result, especially after a difficult start to the year, it still left him feeling bitterly frustrated.

“The race was quite tough, 25 laps were tricky, and I’m really happy and proud about my performance,” said the LCR Honda rider. 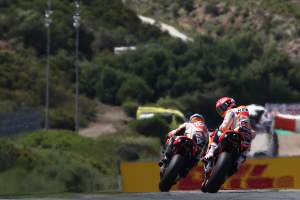 “The race pace was really fast but I was able to keep my rhythm. I had a good feeling on the bike from the beginning to the end, and I was really close to P3 and the podium.

“I had mixed feelings after the race though. I was screaming, because 50% of me was really proud and happy but 50% was not quite disappointed – it’s hard to explain how I felt.

“When I came to the box, I cried, because I started to think that the first podium was there. We had pace, we had good speed, and hopefully we can keep fighting now in Le Mans.”

The result wasn’t the only thing worth celebrating after the race, either, with Nakagami clearly happy to have regained some of the confidence on the Honda that’s been missing from his year so far. 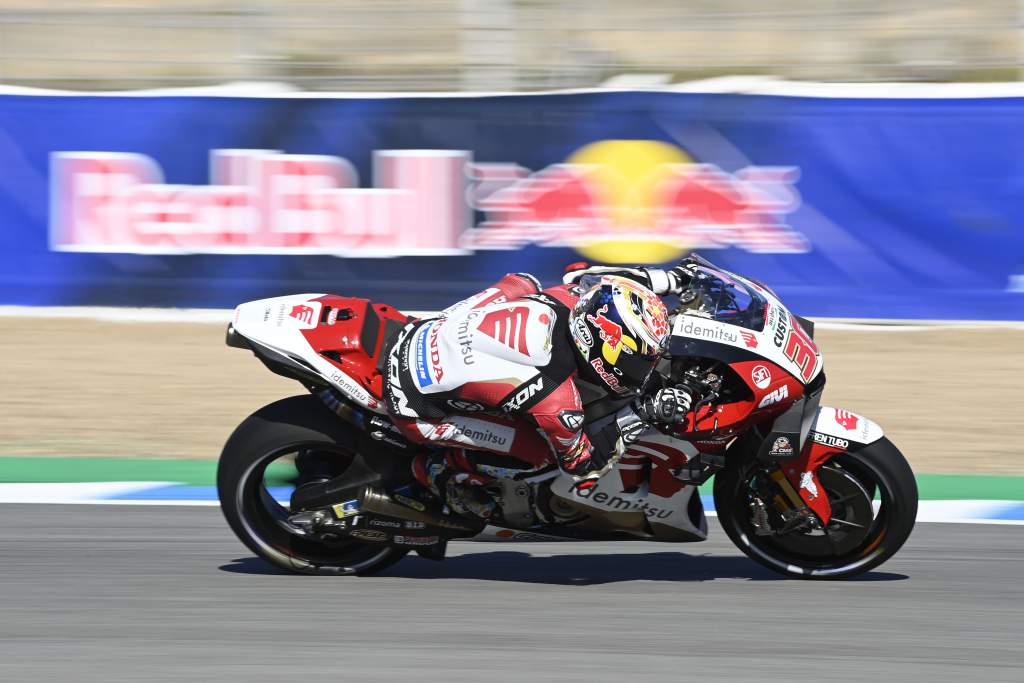 Pulling off an incredible Jorge Lorenzo-esque overtake around the outside of Aleix Espargaro for fourth, it was the perfect visual demonstration of where Nakagami has found improvements with the bike.

“For many laps I was stuck behind him and was thinking ‘where can I overtake him?’” Nakagami explained after the race. “I was thinking about going inside him at the last corner, but coming out of turn 12 there was always some distance and I couldn’t try it.

“Then he started to drop a few tenths, and I realised that that was the point. If I missed that point, then [Joan] Mir would have come and it would have turned into a big fight, so I closed in on him. I tried to go up the inside but he closed the door, we touched each other, and my shoulder after the race was all black rubber.

The real test of Nakagami’s season will come next time out at Le Mans, however. Something of a Jerez specialist over the years and always able to deliver strong results at the Spanish track, he first needs to prove that his change in form isn’t something that’ll only apply to there.

49 mins ago Motorcycle racing No Comments