What Aprilia’s Qatar results mean for its Europe prospects

Apr 8 2021
By Simon Patterson
No Comments

Aleix Espargaro says that he believes that the chance of lifting Aprilia’s first silverware of the modern era of MotoGP is growing ever closer, as its 2021 RS-GP bike continues to develop into a more and more consistent package as the days progress.

Still struggling with outright top speed, especially on the Losail International Circuit’s long start-finish straight, Espargaro was left disappointed with 10th place when the winning bike seemed within touching distance at the end of the race. 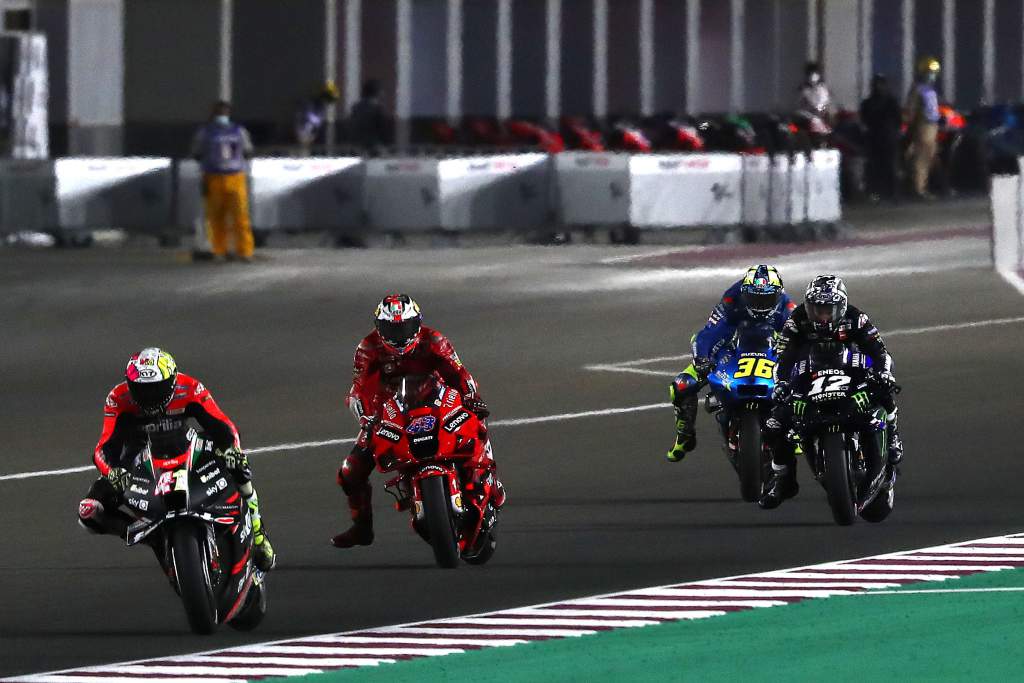 “It was a frustrating race,” Espargaro said afterwards, “because I was doing the best job I could but I was losing so much time on the straights and it was really difficult to maintain my position and to stay there.

“Everything was working well, but from the middle of the race I lost a position every lap on the straight. I was trying to be aggressive, to overtake people a couple of times, but then I just lost it again on the straight.

“In the final laps of the race, when the factory Ducatis started to drop, I felt like I still had more tyre than them – but no way to overtake them. I think we deserved a lot more than tenth place at the end. On the last lap I tried to overtake [Jack] Miller and [Joan] Mir – I tried everything but before I was in fourth gear they were past me!”

With back-to-back races at the Qatari track to open the year a huge disadvantage to Espargaro and Aprilia, he’s happy to accept it as a necessary evil in the face of the coronavirus pandemic – but says that now is the time where the real work will start for him and the Italian manufacturer. 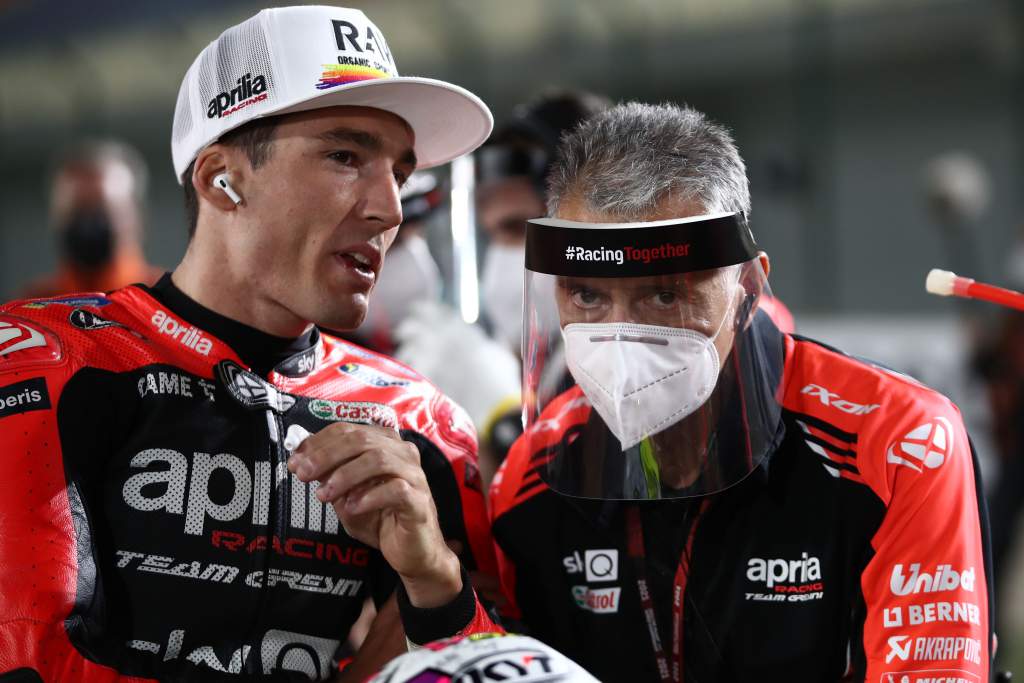 “I can’t wait to leave Qatar,” he admitted on Sunday. “I like the country a lot, I come each year with my family and I like the atmosphere, and I like the layout of the circuit. But it has been crazy what we did here. 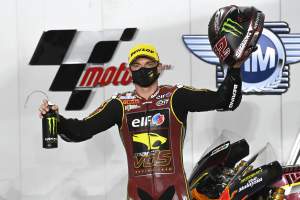 But, with a return now to the tighter, twistier and slower circuits of Europe, starting with races in Portugal and Spain, Espargaro is excited about the potential of the RS-GP – and bullish when asked about the possibility of podium finishes to come.

“I’m fully confident. The acceleration of the bike is unbelievable, it’s a huge step from last year and we’re in a very similar place to our competitors. But the difference in fifth and sixth gear is unbelievable – we’re losing 20kph.

“But at Portimao and Jerez we can make very good races – I’m sure we can fight for top sixes and I can’t wait. 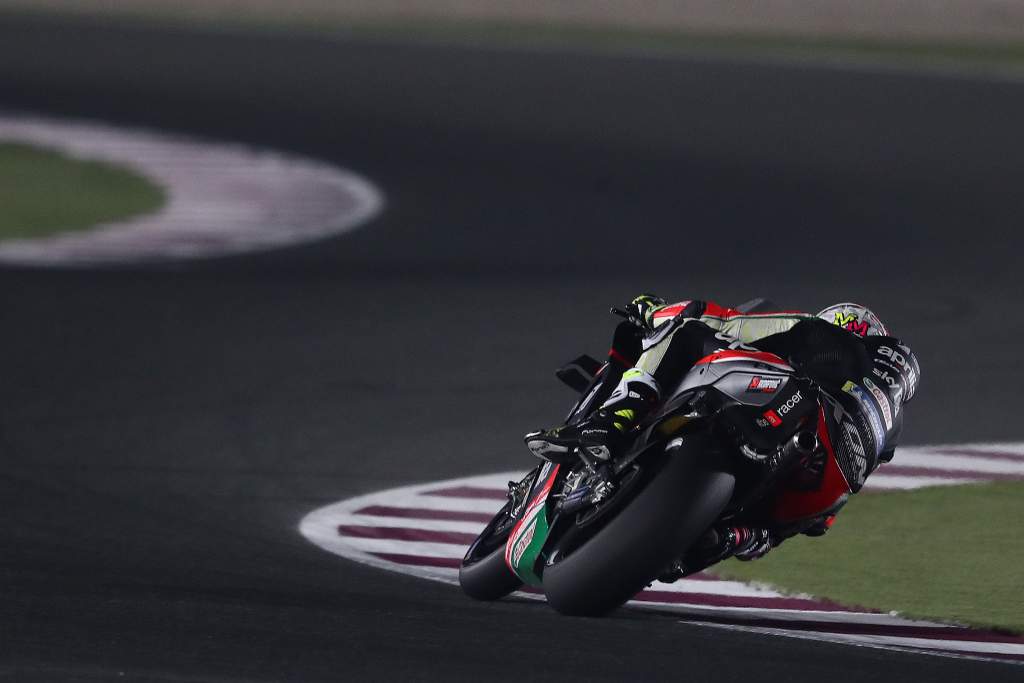 “I can’t wait to ride this promising bike on other tracks. For tracks with long straights we still have to work on the engine, but in Europe where the circuits aren’t that big this year will be fun and we’ll challenge with the top guys.”

That’s a belief that team boss Massimo Rivola echoed to The Race at Losail as well. 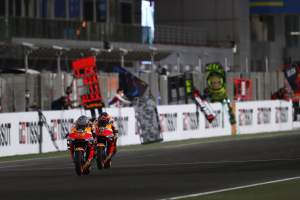 Confident that now that Aprilia has now established itself within the top ten and should be able to close the gap further in Europe, Rivola says that its day will come sooner rather than later.

“We didn’t really get results last year, but we cut the delta from first from 20 seconds to 15, so in ourselves we improved a lot,” the former Ferrari F1 sporting director explained. “Now that we’re within ten seconds of the leaders and able to stay there, sooner or later during the season something good will happen for us.

“We have to be there when it happens, but eventually it will. Then we’ll have to make another step! I don’t think we’re in a position to make huge performances like KTM did last year, but we are growing in a good direction.”