‘We finish our careers mutilated’ – a MotoGP rookie’s plea

The topic of contractual protections and, potentially, collective bargaining for riders in grand prix racing was thrust onto the agenda this year by the mid-season dropping of Moto2 rider Romano Fenati, which prompted much concern and discussion among riders.

Fenati was let go by the Speed Up team six races into his contract, replaced by Alonso Lopez – and while the move paid off immediately in sporting terms, with Lopez proving a clear competitive upgrade, it caused serious unease within the paddock.

Reflecting on that unease while appearing on an episode of The Race MotoGP Podcast, Gardner said a formal association representing riders’ interests was “a very good idea” that could the push for a minimum salary and other desired benefits.

“I do feel the same, that we do need more protection for the riders,” he said. “Everyone’s got protection except us.

“And I was in the safety commissions where it was spoken, and Marc [Marquez] as well was the first one to bring it up about minimum wages. 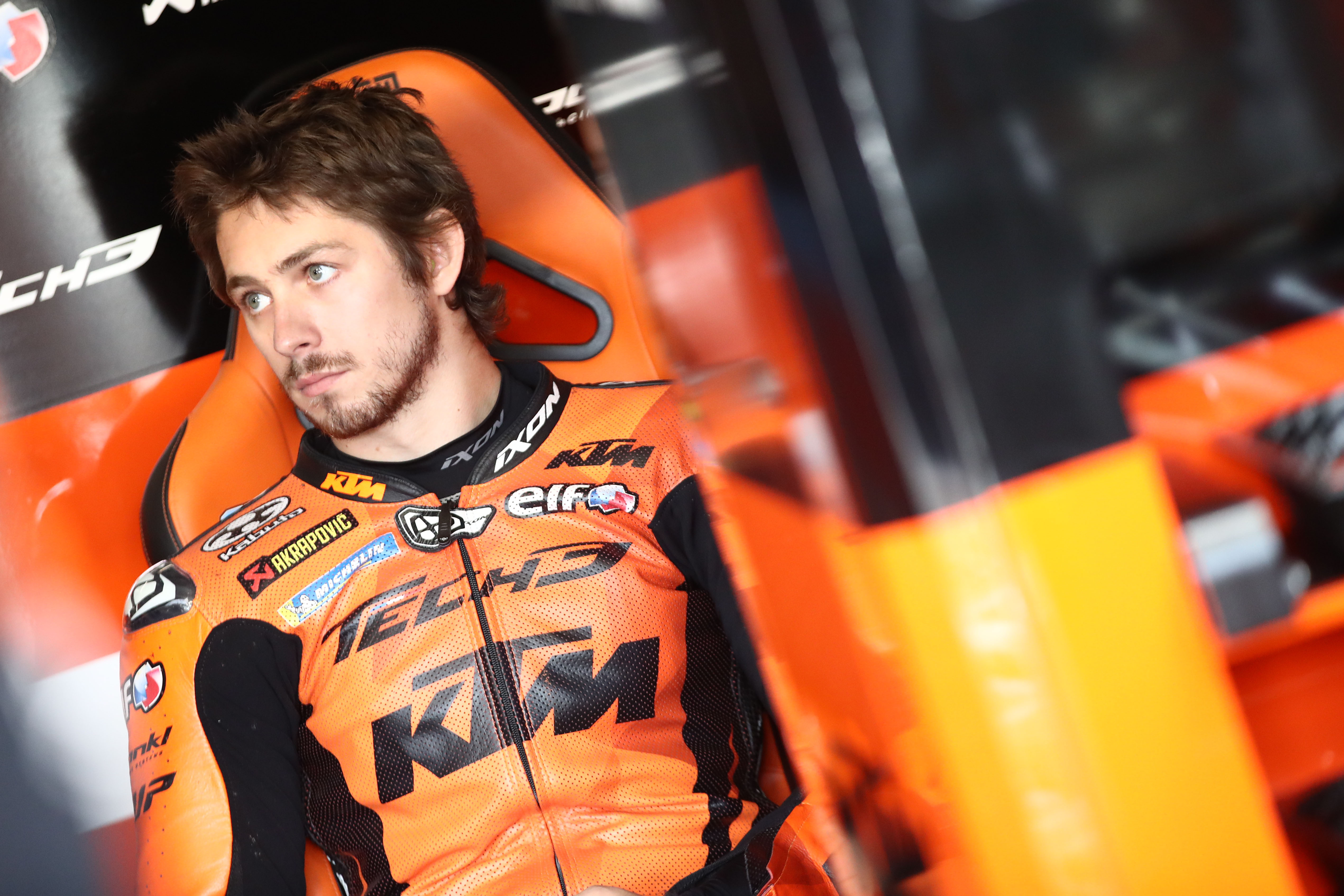 “He’s maybe said that because he feels that, well, we do finish our careers quite, you know, bashed up. We’re basically mutilated when we finish.

“And [we need] to take care of ourselves, for the rest of our lives, without education, without having studies or anything like that – sacrificed going racing. Obviously we need to have some sort of a cushion that we can take care of ourselves. Because we do need physios every week basically, just to keep the pain away.” 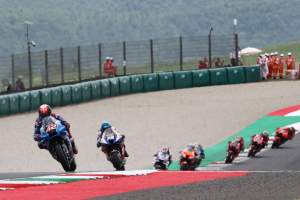 The Australian, much of whose rookie season has been conditioned by a fracture to his right wrist shortly before the start of testing, admitted the quality of life after MotoGP was something already weighing on his mind – even though he is just 24.

“Even right now, for me… I get out of bed sometimes and it takes me a few steps just to get my legs going,” he said. “On a rainy day my ankles hurt.

“My wrist is always sore – when I’m just doing normal things, just wrenching on my car, it’s like, ‘ah, my wrist!’, you know? And I’m not even… I’m halfway through my career right now.

“When I finish – obviously I think when you stop it’s going to be worse, you know? 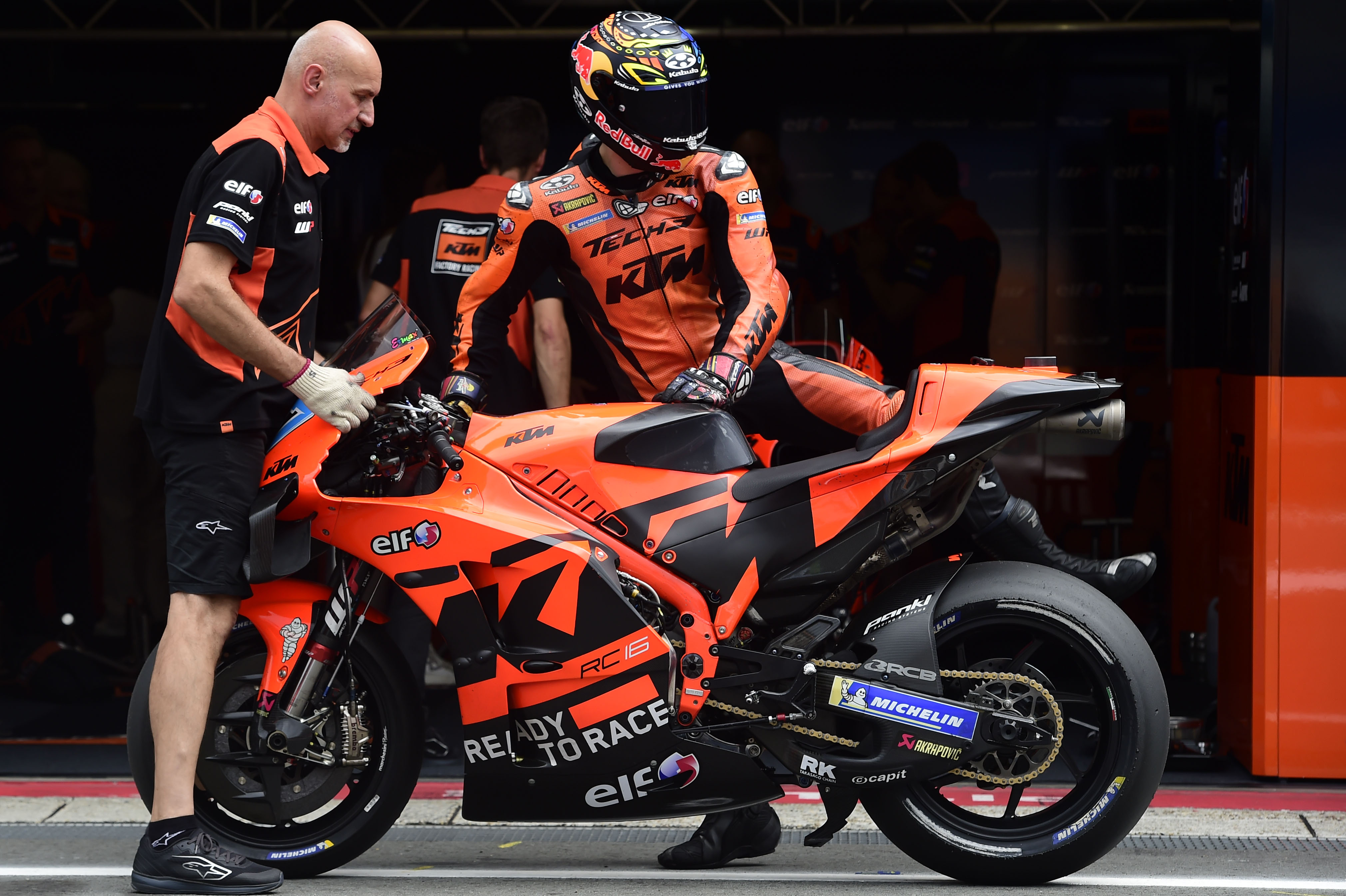 “The main thing [for us is] to obviously have enough in the bank to take care of ourselves in the future, because we will be living in pain pretty much for the rest of our lives.”

Honda’s Marc Marquez is thought to be MotoGP’s best-paid rider as it stands, and Gardner commended him for speaking out – while also singling out Suzuki’s Joan Mir for doing likewise.

“I think Marc is feeling it now more than ever obviously with his arm injury.

“He said he’s nobody to talk because he’s getting paid more than anyone, but I think he feels the need, maybe, to fight for us guys, the young guys.” 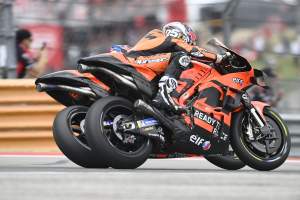 Gardner said the riders “were all pretty much together” in recognising the need for their interests to be more represented.

“The next step is how to do it, what do we do. Also, us having protection against the contracts as well, for our sake, plus minimum wages… basically, I think if you’re in MotoGP, you’re one of the best in the world and you deserve to, I think, get what you’ve earned and all the money and sacrifice that you’ve had to make to get there, more than anything else.

“It needs to be talked over with all the riders in one room, and I think it would need external representation, an external lawyer or something that basically takes care of the whole thing. I’m not sure when that’s going to happen, if it’s going to happen. We just have to wait and see.” 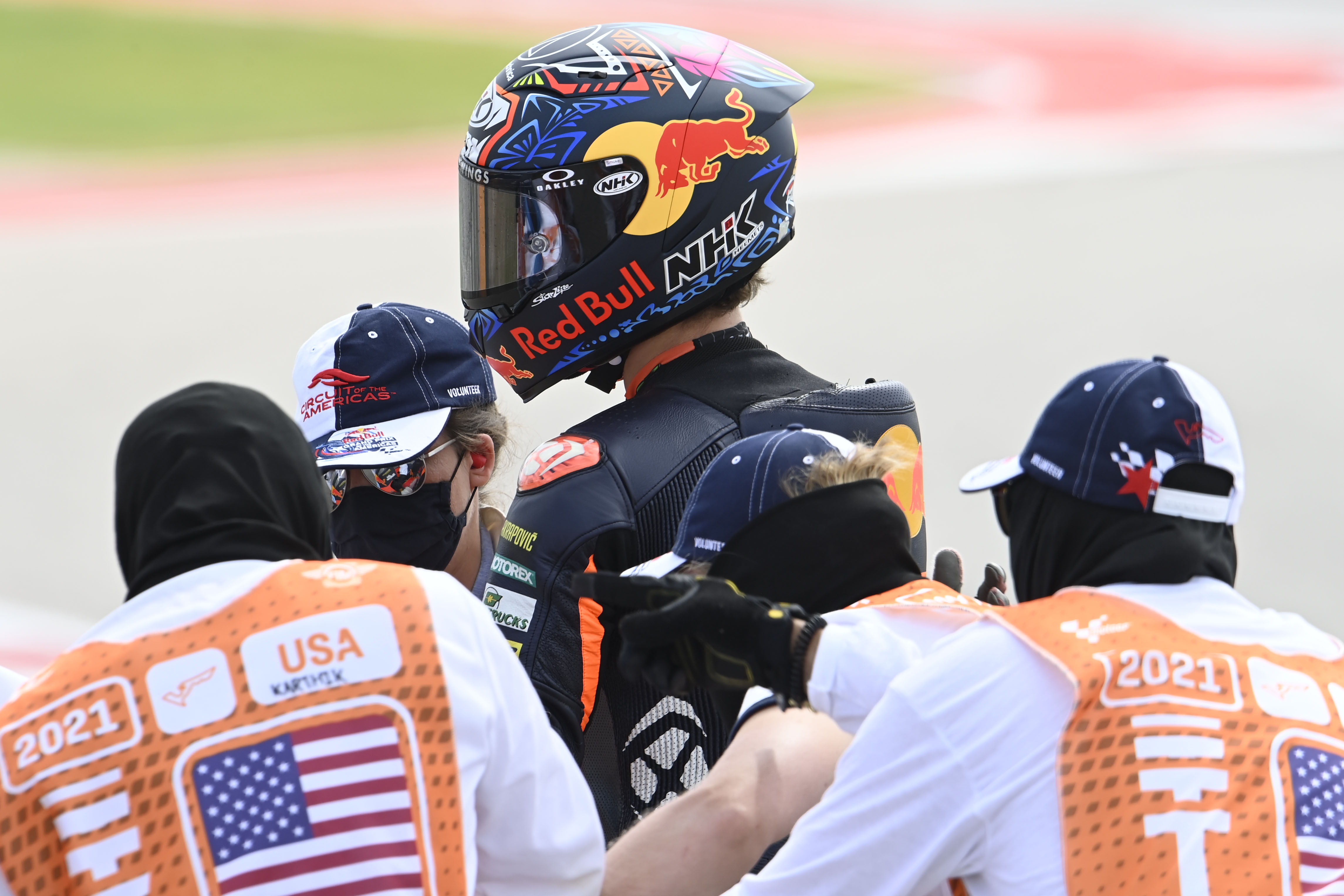 Though Gardner is a MotoGP rookie, he says he’s already broken “a ridiculous amount of bones” on his path to the premier class.

“Just hands and fingers and toes and even fingernails, how many times I’ve lost fingernails. Operations I’ve had, I did my ankle, my fibula, that was two operations to get the plate out, because it was infected, so that was a bit of a disaster.

“Then I broke my legs, both of them, one was an open fracture, so my tibia was sticking out of the skin, and then I also broke my tibia on my right as well, and fibula as well, so that was a big operation, that was the worst in my life, did not know if I was coming back from that one. 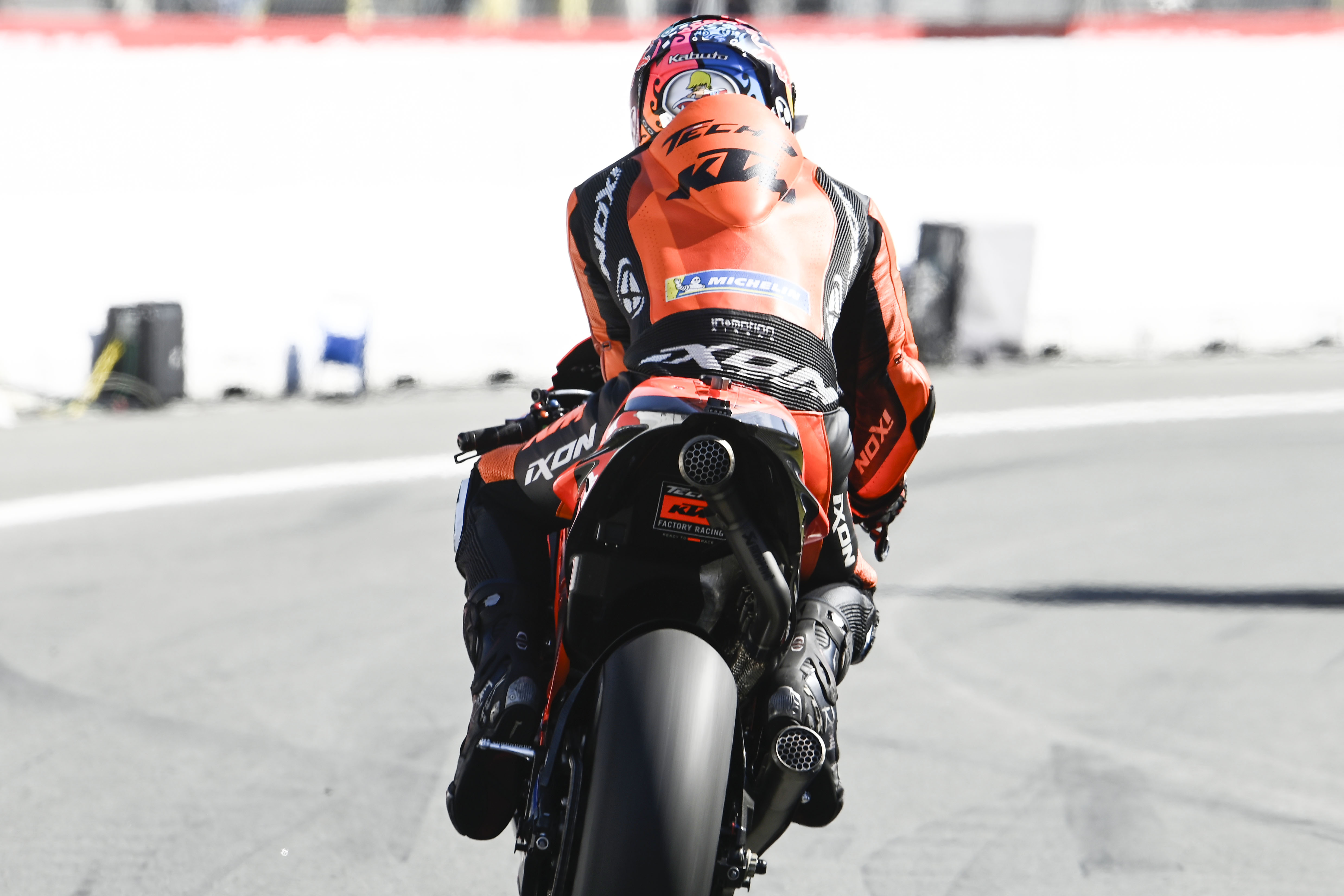 “What else have I done? I’ve done my left thumb, I got an operation with a plate, with six screws… did my wrist in January with two screws. Just countless, endless bones.

“Ribs – probably six or seven ribs over my lifetime. Pretty much all my fingers. I’ve done tendons in my thumbs, and my hands as well, I’ve broken the metacarpals, metatarsals, toes, all my feet, basically.

“I’ve done my right collarbone. I have broken my arm actually a long time ago when I raced in the CEV [Moto3 championship], I broke my arm, basically snapped my arm in half but managed to pull it straight and I didn’t need to get an operation.