Vinales was among the two Yamahas on the front row, but the launch ability and sheer grunt of the Ducati bike reared its head immediately, with the Desmosedicis remarkably locking out the top four as the field entered Turn 1.

This was led by the works bikes of poleman Francesco Bagnaia and Jack Miller, with the Pramac duo of Johann Zarco and rookie Jorge Martin behind – despite Martin having started all the way down in 14th.

After falling to eighth, two places behind fellow Yamaha-riding front row starter Fabio Quartararo, Vinales swiftly picked off his former works team-mate Valentino Rossi, and both then went through on the Aprilia of Aleix Espargaro before the lap was out.

Both Quartararo and Vinales then overtook Martin in quick succession on the third lap, and were now behind pre-event favourite Miller, who had been passed by Zarco on the main straight at the end of the opening tour. 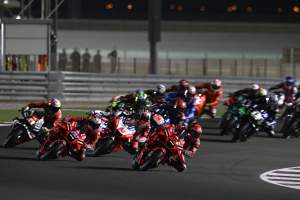 Out front, Bagnaia had briefly established a lead over a second over Zarco, but once informed on the dashboard that the Frenchman was behind him he immediately surrendered the entirety of that lead, setting a conservative pace out front.

But the Ducati top speed didn’t prove a cure-all, with Quartararo picking off Miller at the Turn 15 left-hander in third and fighting off his attack on the main straight, before Vinales got through at the sharp Turn 10 left-hander a couple of laps later.

On lap 13, the Ducati 1-2 was finally no more as Vinales – having overtaken Quartararo – pulled off another Turn 10 overtake, this time on Zarco, and immediately began to put pressure on Bagnaia, lunging at the Italian at several corners over the next few laps, with Bagnaia taking sweeping lines but just managing to stay ahead. 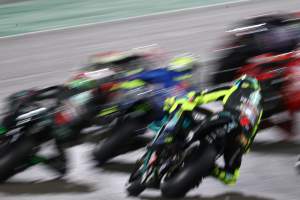 Yet soon enough a Turn 10 lunge finally worked for Vinales, as he assumed the lead for the first time with eight laps to go and immediately escaped far enough away from Bagnaia to where a main-straight counter-attack was impossible.

The long-time leader then swiftly surrendered second place to Zarco at Turn 1, and a few laps later was overtaken by reigning champion Joan Mir – who along with Suzuki team-mate Alex Rins had made his way into the podium fight after rounding out the top 10 early on.

As Vinales pulled away out front and went on to win by a second, Mir reeled in Zarco and overtook him at the penultimate corner on the final lap.

Yet, remarkably, the 2020 champion wouldn’t even finish on the podium – with both Zarco and Bagnaia getting past him on the run down to the finish line. 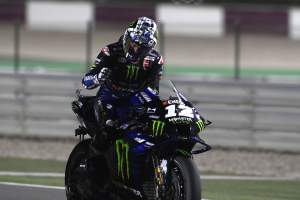 Is this finally Yamaha’s year again in MotoGP? Our verdict
Read more

Quartararo completed the top five, three seconds off the winner and two seconds off fourth place, having defeated the other Suzuki of Rins – who had made it to the front battle before Mir but seemed to run out of steam.

Espargaro followed up Aprilia’s ultra-promising pre-season with a seventh place in the opening race, albeit by just 0.056s over his brother, Honda’s new signing Pol Espargaro.

It was a dispiriting conclusion to the race for Miller, who faded badly in the closing stages and had to settle for ninth – but his fall was not as dramatic as that of Martin, whose superb early start counted for little as he took the chequered flag in 15th.

Instead, Avintia rider Enea Bastianini was the top rookie on his year-old Ducati in 10th place. 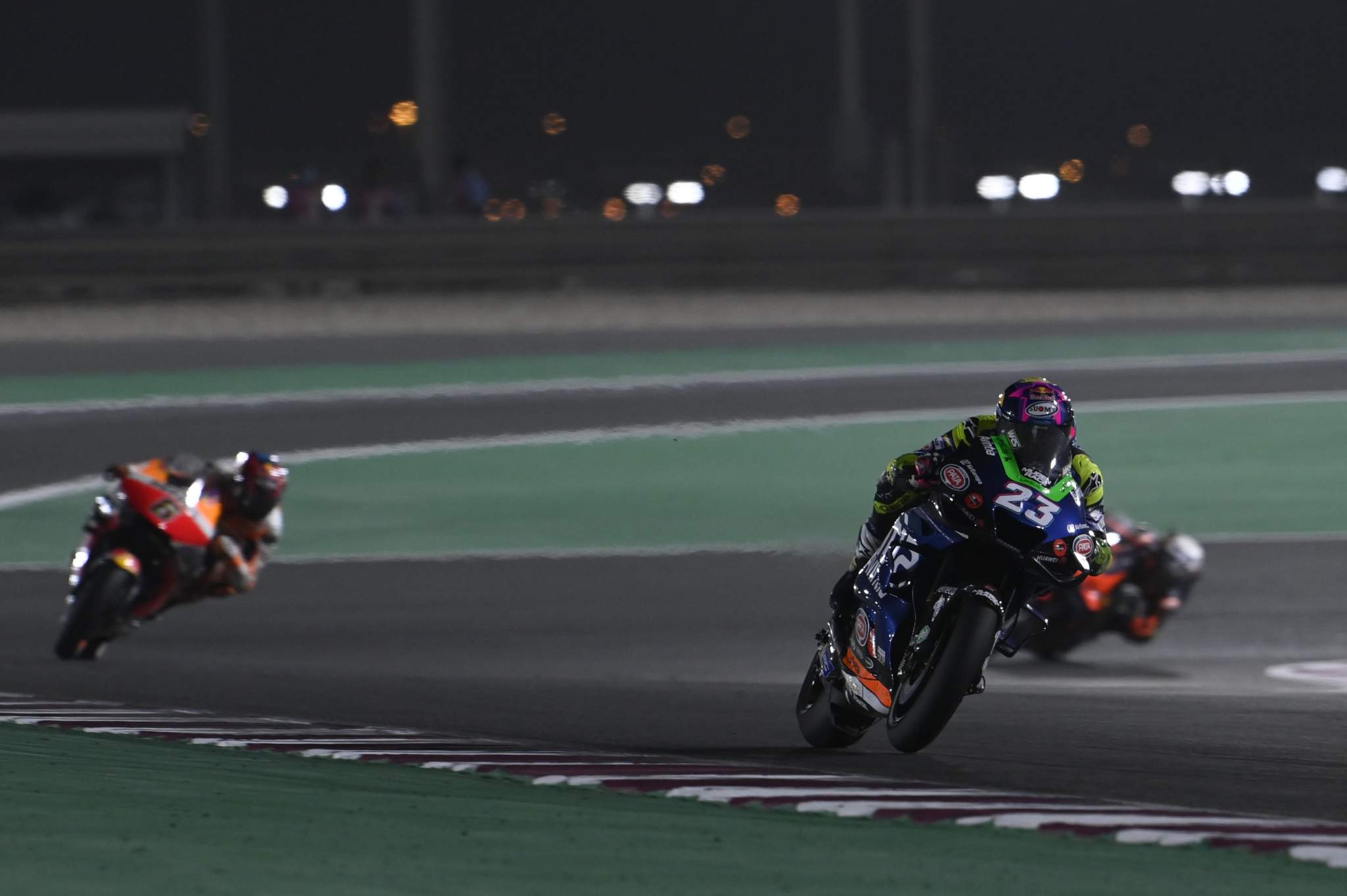 For MotoGP’s top satellite team Petronas Yamaha, it was ultimately a brutal race. Rossi’s fourth-place qualifying duly proved a false dawn as he fell down the order soon after the start and finished 12th, followed by the lead KTM of Miguel Oliveira – who wasn’t able to convert his promising FP4 pace into a strong result.

Rossi’s race was still better than that of his team-mate and 2020 championship runner-up Franco Morbidelli, who looked to have no pace right after the start, getting muscled down the order corner after corner on the opening laps and ultimately coming home in a painful 18th.

There were three crashes, two of which came from the LCR Honda duo that had also repeatedly fallen in the pre-season. Takaaki Nakagami crashed at Turn 9 while in pursuit of team-mate Alex Marquez, who then fell at Turn 15 a few laps later.

Danilo Petrucci was the other rider to crash, his first race as a Tech3 KTM rider ending after just two corners.