The four things that Ducati needs to change in 2021

Ducati is set to become the first of MotoGP’s six factory teams to pull the covers off its 2021 bikes on Tuesday, with new signings Jack Miller and Pecco Bagnaia travelling to headquarters in Bologna to unveil their new machines at the start of a whole new era for the Italian brand.

However, with 2020 going less than perfectly for Ducati, there are a key number of areas in which there are going to have to be substantial improvements before it’s ready to return to the winning ways of Andrea Dovizioso’s three-in-a-row runner-up spots of 2017 to 2019.

Miller has to find the key to winning

There’s no doubt that Jack Miller has the speed to win MotoGP races – he’s already done it before, albeit just once, when he triumphed in wet conditions at Assen all the way back in his time as a MarcVDS Honda rider in 2016. 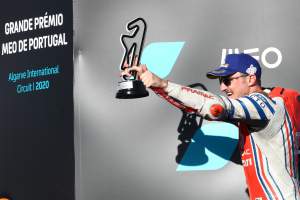 He’s also managed to finally solve the greatest conundrum that has plagued him of late, becoming at long last a more consistent rider during 2020, even if the Pramac Racing machine under him wasn’t always quite up to the challenge.

Miller failed to finish four of the season’s 14 races, but only one of these was due to his own mistakes.

Mechanical problems in both Misano (where his bike ingested Fabio Quartararo’s visor tear-off!) and Le Mans and an impact with Brad Binder at Aragon meant that it was actually on track to be the Australian’s most reliable year to date in MotoGP were it not for fate, bad luck and the mistakes of others.

But while he might have fixed one element of his racecraft, there’s another that’s not quite there yet – his ability to get the job done in the final laps of a race and take the win.

Miller was twice beaten on the last lap in 2020, both at the Styrian Grand Prix when a wild lunge from Pol Espargaro pushed them both wide and allowed Miguel Oliveira through and again at the Valencian Grand Prix when Franco Morbidelli was able to hunt him down and set up a last-lap duel that the Petronas Yamaha rider walked away victorious from.

The Australian needs to find that extra bit of edge in 2021 – but there’s every possibility that his newfound consistency of 2020 combined with the extra advantage of being on a factory bike will be what he needs to become a regular race winner.

Bagnaia needs to be more reliable

If there’s a single word to describe Pecco Bagnaia’s 2020 season, it’s inconsistent. The 24-year-old showed much potential on multiple occasions through the year, but he was very up and down – and he needs to fix that first and foremost in 2021.

In many ways finding himself in a position not too dissimilar from where team-mate Miller was a few years ago, Bagnaia’s palmeres doesn’t actually reflect the pace he had last year. A podium finisher just once at home in Misano, he should have had more laurels next to his name.

He was unlucky to have been robbed of a maiden podium much earlier in the year at Jerez, when a mechanical problem in the second race of the year cost him a second place that looked all but certain.

Bagnaia well heavily during practice for the next race at Brno and broke his leg. That injury in turn meant missing three races – and with both the strength of the Ducati at the Red Bull Ring and the two chaotic races we saw in Austria, it wouldn’t have been a surprise to see Bagnaia in the mix there too.

After the Misano podium, he actually looked on track for a debut win only a few days later at the second race there, until a small error left him looking on from the sidelines; one of five races ended in 2020 by his own mistakes.

The factory team might not quite be the right atmosphere for the youngster to find his feet and his consistency, though, and as such 2021 could be a bit of a make-or-break year for Bagnaia.

Should he be able to get on with making the improvements he needs (and taking a lesson from Miller’s book) then he’ll be a safe pair of hands for Ducati in the future – but if he’s not carefully managed, it’s very easy to see him burned up and spat out by a team that has a reputation for being hard on its riders.

An area where Ducati itself needs to get its ducks in a row for 2021 is within the squad, as stories continue to leak out about the incredibly tense atmosphere between rival factions that has festered in the past 18 months.

It’s an open secret now that there was huge division within the team between the engineering block led by long-time boss Gigi Dall’Igna and Andrea Dovizioso’s side – a tension that effectively derailed not only Dovi’s future with the team but the whole squad’s 2020 performances as the pressure spilled over to Danilo Petrucci’s side of the garage as well. 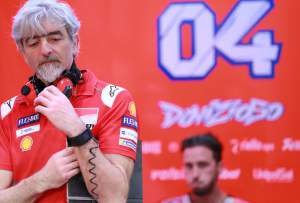 That toxicity quite simply has to be fixed sooner rather than later, if 2021 is to be any better for the Bolognan brand.

A change in faces will no doubt aid it, as Dovizioso and Petrucci depart and Miller and Bagnaia arrive, but there will still be plenty of people remaining in both the front of the box and in the back who were caught up in last year’s dramas.

If they can draw a line under that, allow the past to remain in the past and start afresh this year, that alone will go a long way in returning Ducati to past form.

They need to understand Michelin

From an engineering standpoint, there’s simply one challenge that needs to be accomplished this year – figuring out what the hell went wrong with the 2020 Desmosedici and Michelin’s new rear tyre. The sole reason for such a terrible year, according to Dovizioso, it’s something that engineers will have spent all winter working hard to address.

Simply put, the long and low nature of the Ducati (designed to encompass an insanely powerful engine) means that to turn the bike, a rider needs to use a lot of rear brake. Get the back wheel sliding, and suddenly the chassis length becomes less of an issue. 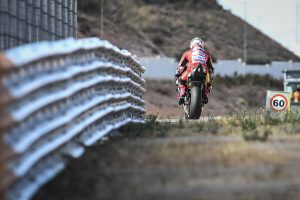 But with much more grip from the rear in 2020 thanks to a tyre that is objectively an improvement, it wasn’t possible to skip the rear the way Ducati riders wanted, meaning they had to figure out a whole new style to try and get the bike working.

The good news is that while there’s a COVID 19-induced development freeze on specific major components, frames and swinging arms aren’t included – and there will no doubt be a truck full of parts to try out when Miller and Bagnaia finally get let loose in Qatar.

Those are parts that have been developed with their feedback alone, too, with a noticeable shift taking place in development strategy as soon as it became apparent who would be piloting the red bikes in ‘21. It’ll be the key to getting the best out of the Desmo, and a major part of the puzzle if it works.