Marc Marquez completed an incredible part of his story of recovery and redemption at Sunday’s Portuguese Grand Prix when the Repsol Honda rider clearly gave everything he had and then some to take a seventh-place finish that was clearly just as tough for him as any of his eight world championships.

But while the Spaniard might have ridden one of the best (and perhaps most important) races of his career en route to his return to competitiveness, his solid result at Portimao had a double effect. It highlighted how good he is (even if we already knew that) – but it also showed off just how bad the situation is at Honda without him.

That’s because, after three races for four riders (a total of 12 chances to score points), Marquez’s finish in his first race in nine months and after almost losing function completely in his right arm is in fact Honda’s best MotoGP result of 2021 so far.

Him aside, it’s been nothing but a mediocre start to the year for the fleet of RC213Vs. 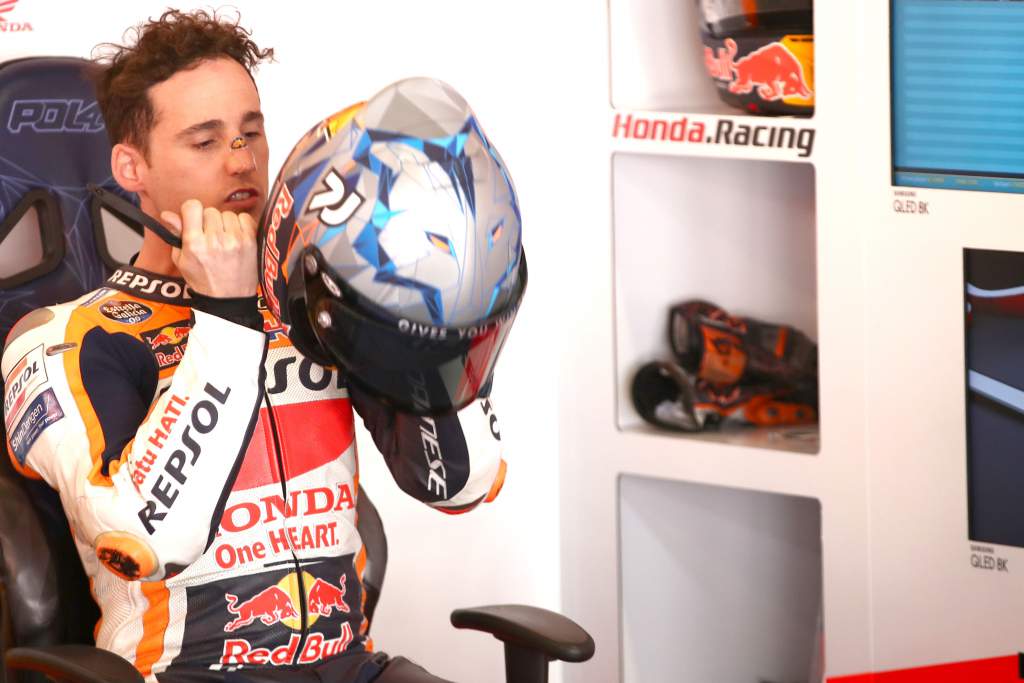 Marquez’s factory team-mate Pol Espargaro has taken eighth and 13th so far, his brother Alex Marquez only scored points for the first time this year in Sunday’s race with P8, and 2020 star Taka Nakagami trails test rider Stefan Bradl, who had stood in for Marquez in two races in Qatar.

So where has it all gone so wrong for them? Well, we always knew that Espargaro would need some time to adapt to the RC213V after years spent on the KTM. But after delivering strong performances in testing, it looked like he had quickly got up to speed, especially over a single flying lap – an Espargaro trait.

Yet when it came to the season itself, things simply haven’t worked out that way. 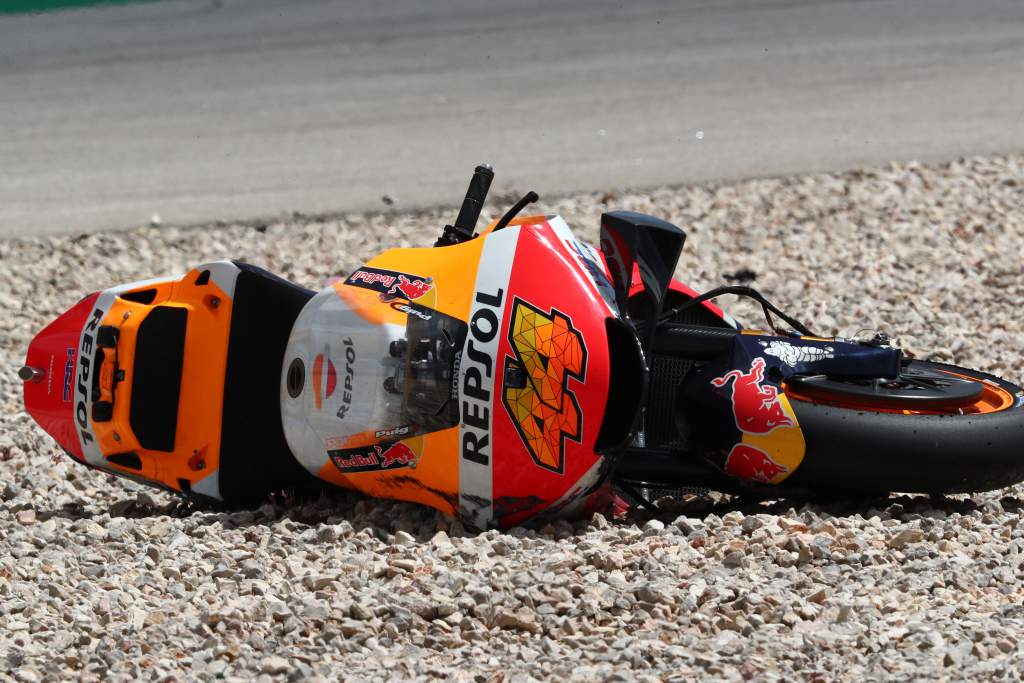 Struggling off the line in his first race (not unexpected), Espargaro admitted afterwards that he had settled for eighth place and solid points when he could have perhaps taken more risk and pushed on. Errors cost him second time out, once again having the pace for the top 10 but losing the chance to fight and finishing 13th.

In Portimao, his race ended before it even really started thanks to a technical problem with his rear brake. But, with Espargaro starting eight places behind Marquez in 14th place, it was never set to be an exceptional performance anyway.

At LCR Honda, things are even worse. So far their year has been defined not by success but by huge, punishing crashes, with both riders now battling injury after a broken foot in testing for Marquez and substantial trauma to Nakagami’s whole body after his Portimao practice fall. 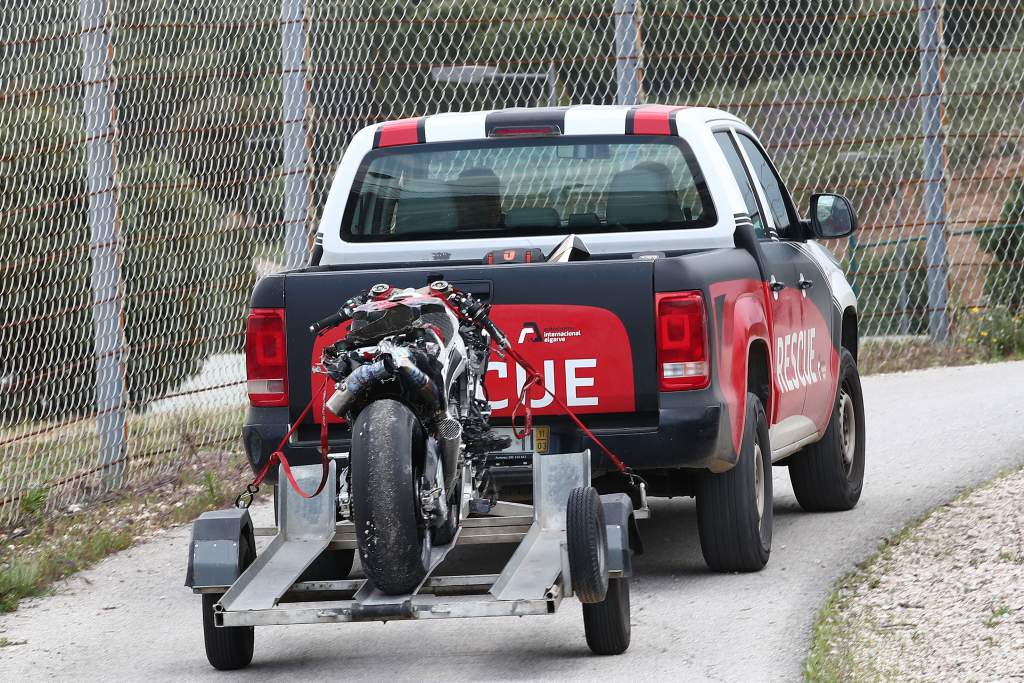 It’s something of a relief for the duo that they managed to take home good finishes at the race, with Marquez following his older brother to eighth and the Japanese rider not far behind in 10th – but it doesn’t change the fact that it’s the first time either has scored points this season, or that both were aided by crashes in front of them. 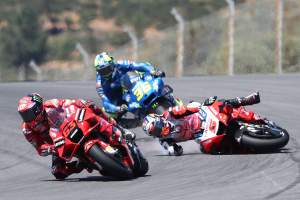 It’s hard to pinpoint exactly why things have been so hard for Honda’s riders this year. In theory, the 2021 RC213V should be the easiest bike that they’ve had in years, after year after year of machines that appeared to get more aggressive rather than less.

That’s because it’s the first bike developed almost wholly without Marc Marquez’s input, after his Jerez test in July saw Nakagami become the manufacturer’s unofficial team leader. With the bike specifically tailored by him and Marquez junior to make life a little easier, it could be that the pair have received a harsh lesson in just how difficult bike development is in modern MotoGP. 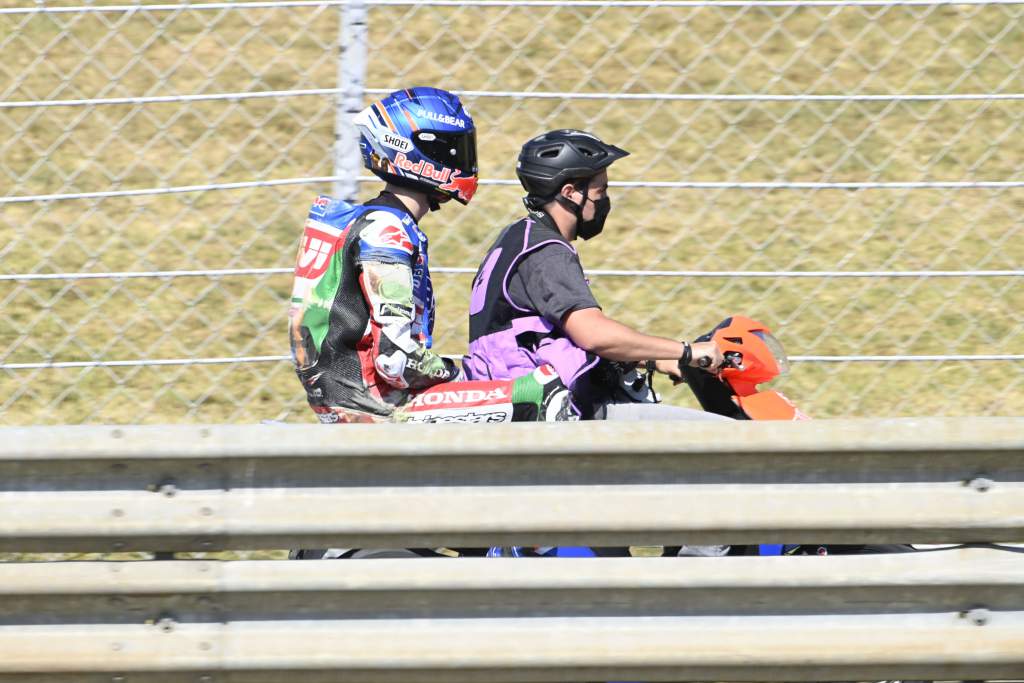 They have had another issue working against them in the opening races as well, to be fair – that being Michelin’s tyre allocation. Similarly to KTM, with the hard front not being hard enough for the Hondas to race, it’s been a cause of many of their crashes – and the riders be praying for a better allocation in the weeks to come.

In fact, time is the number one thing that they will be hoping will help them close the gap to Marc Marquez, because right now it’s just about all they’ve got against him. Marquez is still very much in rehab, struggling with his physical condition on Sunday.

Banned by his medical team from riding any form of motorbike between now and the next race in Jerez in 10 days’ time, he’s not going to be able to significantly address his lack of bike fitness. There’s only so much work you can do in the gym in an attempt to substitute riding a 300bhp monster, and he won’t manage much in the coming fortnight. 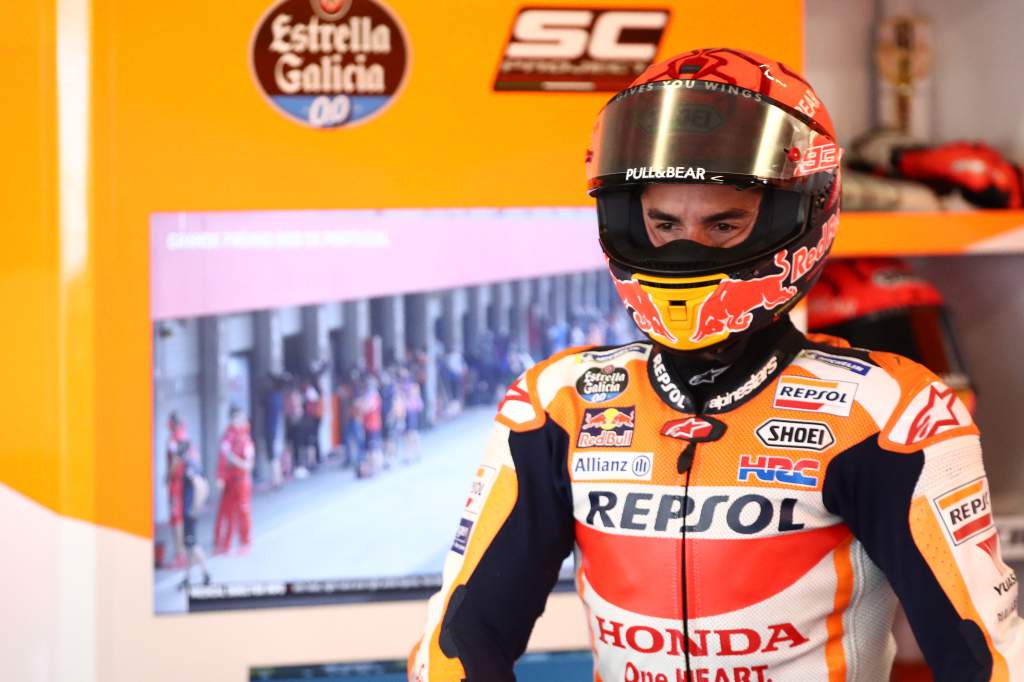 But the thing is… Honda’s riders don’t just need to beat Marc Marquez, they need to start producing some results of their own.

We’re heading to tracks where there will be fewer excuses, and Nakagami in particular is something of a Jerez specialist, so it’s time for the other Honda men to start delivering before more and more difficult questions are asked.

2 mins ago GT No Comments