Rossi running out of races after ‘very negative’ Catalan GP

For much of the Catalan Grand Prix weekend Valentino Rossi looked like he was finally about to score comfortably the best result of his MotoGP season and maybe even give himself a genuine reason to consider sticking around beyond 2021.

But that early promise never materialised once the lights went out on Sunday afternoon, and was ultimately extinguished in the gravel trap of Barcelona’s reprofiled Turn 10.

“It is a very negative race for me,” Rossi admitted, having crashed out of 13th.

“We expected a lot more because the pace in the practice was not so bad, so it’s a great shame.” 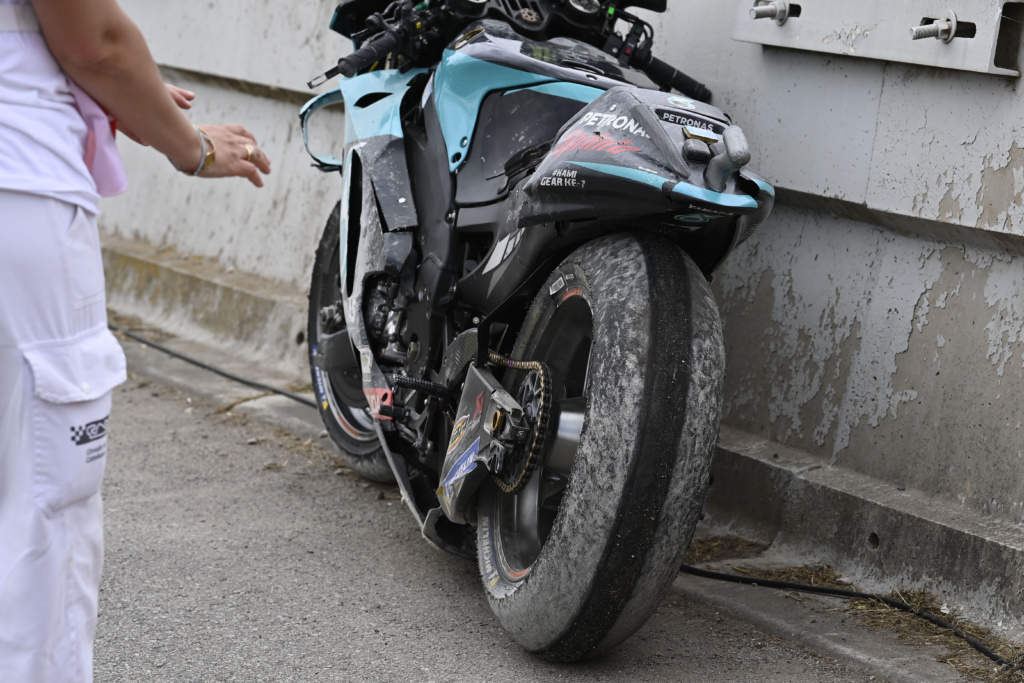 Yes, Rossi had only lined up 11th, but that was explainable through a crash late in Q2. The fact he was in Q2 at all was notable, given it was only his third appearance in the pole shootout this season.

This was admittedly aided by sneaking into the combined classification top 10 with the use of a tow in FP3. But a glance at the race pace simulations in FP4 made it clear that Rossi had genuinely looked in good shape – and given his penchant for making a step on Sunday, his die-hard fans would’ve been forgiven for dreaming of a podium.

But despite entering Turn 1 in the same place he qualified, Rossi was down to 16th by the end of the opening lap, and never really recovered.

Asked by The Race whether the overarching emotion from the weekend was a positive one due to glimpses of pace or a negative one due to the result, he said: “Both, both, because from yesterday morning I was not so bad. I always stayed in the top 10.

“But, a big delusion for the race, for sure, because from the beginning I had a lot of problem and I was very slow, and I think that this for us was a good opportunity to make a good race.” 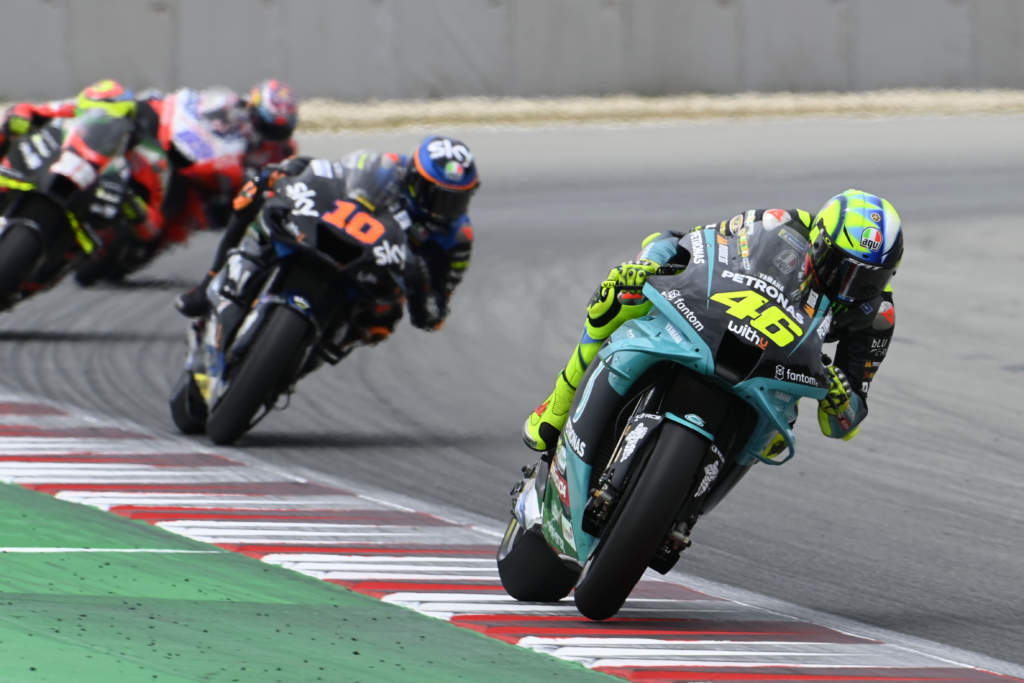 Rossi had opted for the hard rear tyre, which served him well in FP4 and which he was also happy with in the cooler conditions of Sunday morning’s final session – despite the warm-up concerns that naturally come with a harder tyre.

“The afternoon had exactly the same condition as yesterday afternoon, but I was 0.6-0.7s slower. And at the moment we don’t understand why,” he said, hinting that he possibly suspected a subpar individual tyre. 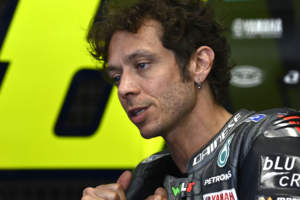 Rossi said he ultimately developed a vibration from sliding, which in the end contributed to him hitting the deck at Turn 10.

He would have probably finished 11th or 12th depending on how the battle with Alex Marquez went, but that won’t have been enough to snap his streak of no single-digit finish dating back to Misano last year.

It’s been 13 races since. And there are only two more – Sachsenring and Assen at the end of June – before MotoGP heads into its summer break, which Rossi has repeatedly earmarked as decision time. 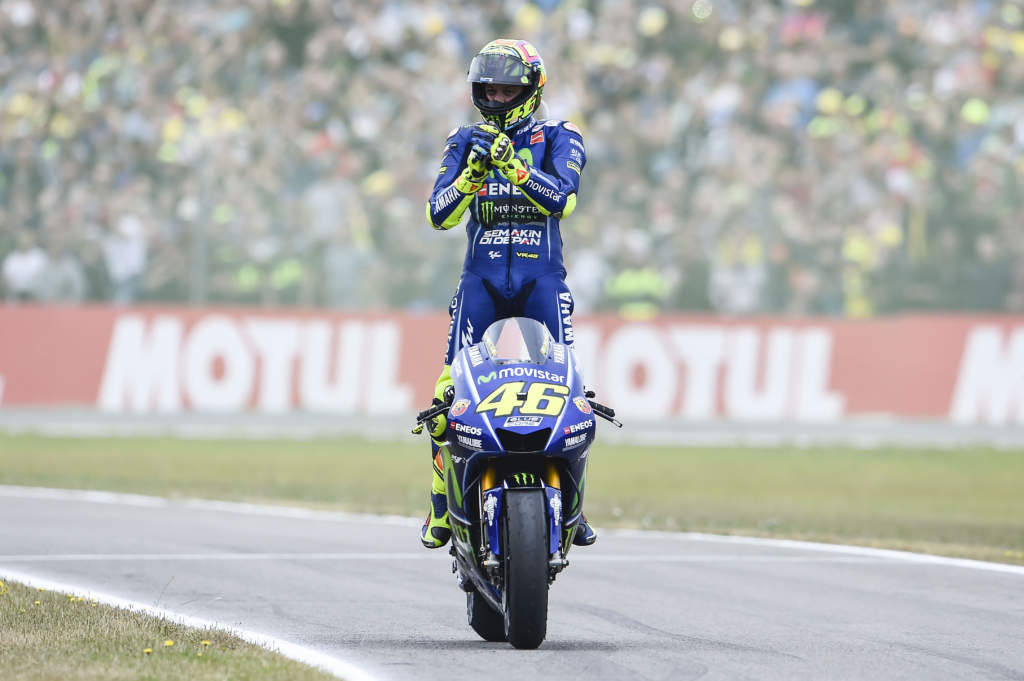 Assen has been one of his true MotoGP strongholds, but so has Barcelona – they are, respectively, the site of his latest victory (pictured above) and the latest victory before that.

And if Friday and Saturday in Barcelona offered some glimmers of hope, on the evidence of Sunday you can only see that 2022 decision going one way.