Sep 17 2020
By Simon Patterson and Valentin Khorounzhiy
No Comments

Fabio Quartararo has reignited the age-old debate about which of the six MotoGP bikes on the current grid is the best, by claiming that Suzuki have built the “perfect bike” in the form of the 2020 GSX-RR.

On top of that, with such a strong package under Joan Mir and Alex Rins, Quartararo says that the threat to his title aspirations posed by his Andorra neighbour Mir in particular could make life difficult for him in the near future.

“It’s not easy for us because we are struggling in this area, and I think right now overall the [Suzuki] bike is the perfect bike. So, yes, the overall combination of the chassis, engine, power. I think it’s really great handling. So, yes – how much [to be worried] I don’t know, but I’m a little bit worried about this bike.” 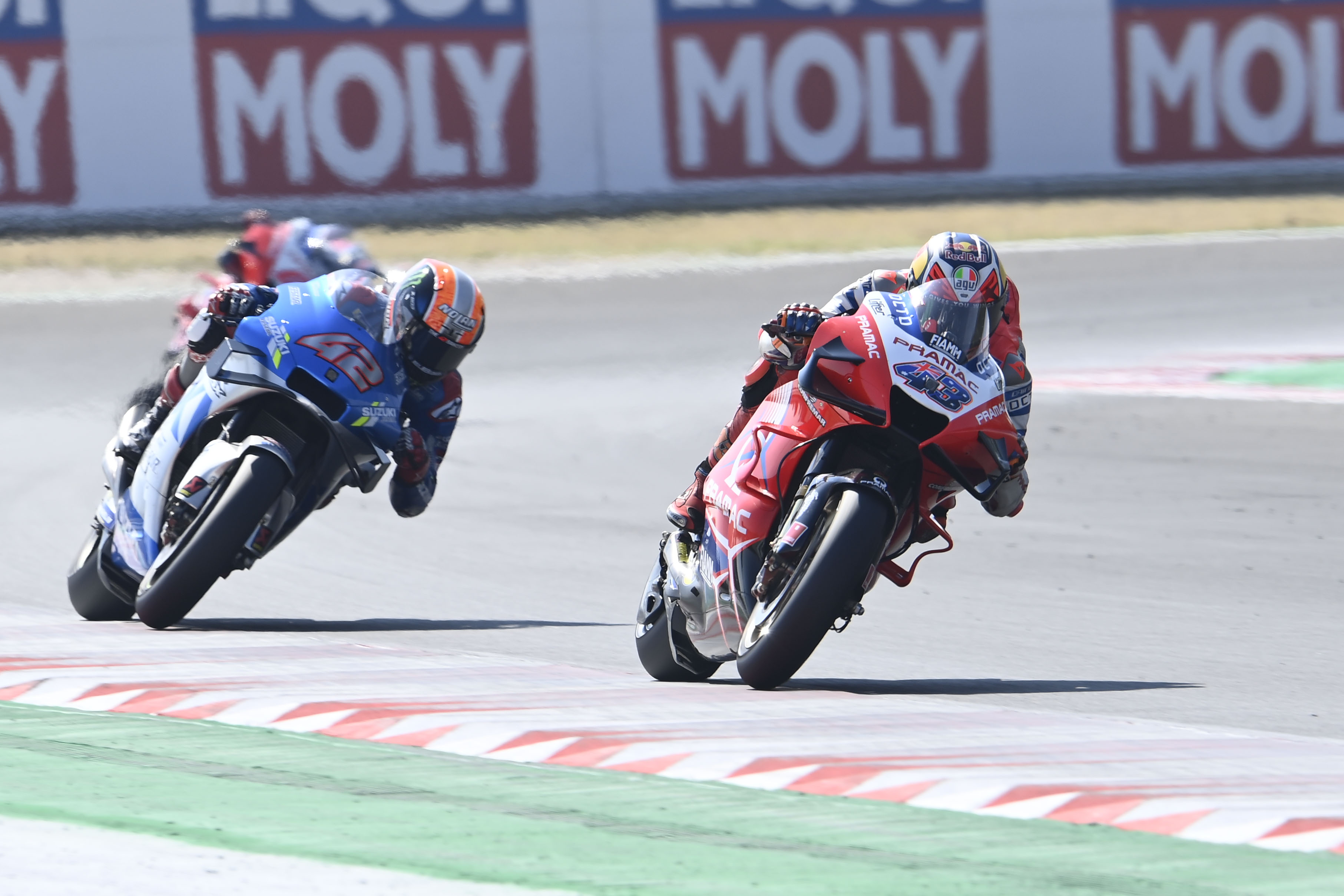 However, fellow title fighter Jack Miller (who currently sits third, behind Quartararo and ahead of Mir) was a little more circumspect in his review of the Suzuki’s performance, reminding the Petronas Yamaha rider that after his double victory to kick off the year people had a very different opinion!

“It’s always easy to stand there and look at another bike and say it’s the perfect bike – many people were saying that about the Yamaha in Jerez and not so much anymore, but I mean they’re working really well here,” said Miller when Quartararo’s comments were put to him by The Race. 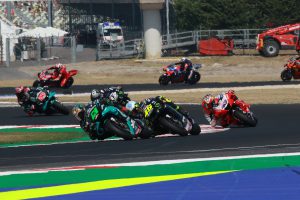 “I can’t really sit here and yardstick and say ‘ah, if I had that bike’… I think everybody’s in this for the title chase. I think putting it down to a bike is not the right way to go about it. Every rider is in this title chase. Rins crashed in Jerez one and injured the shoulder, didn’t ride there, and rode Jerez two and then started getting on form in Austria and then crashed out in the first race trying to pass me and Dovi [Andrea Dovizioso].

“So I think at the moment Mir’s really been the only real consistent rider, which is strange because he’s what, second year in the class? And to be honest as of late he’s been outperforming his team-mate. And looks like the most solid asset Suzuki has at this point in time.”

However, the Suzuki duo is only one of the many problems both Miller and Quartararo are potentially facing in the coming months as the tension ratchets up and up in the compressed 2020 championship battle. 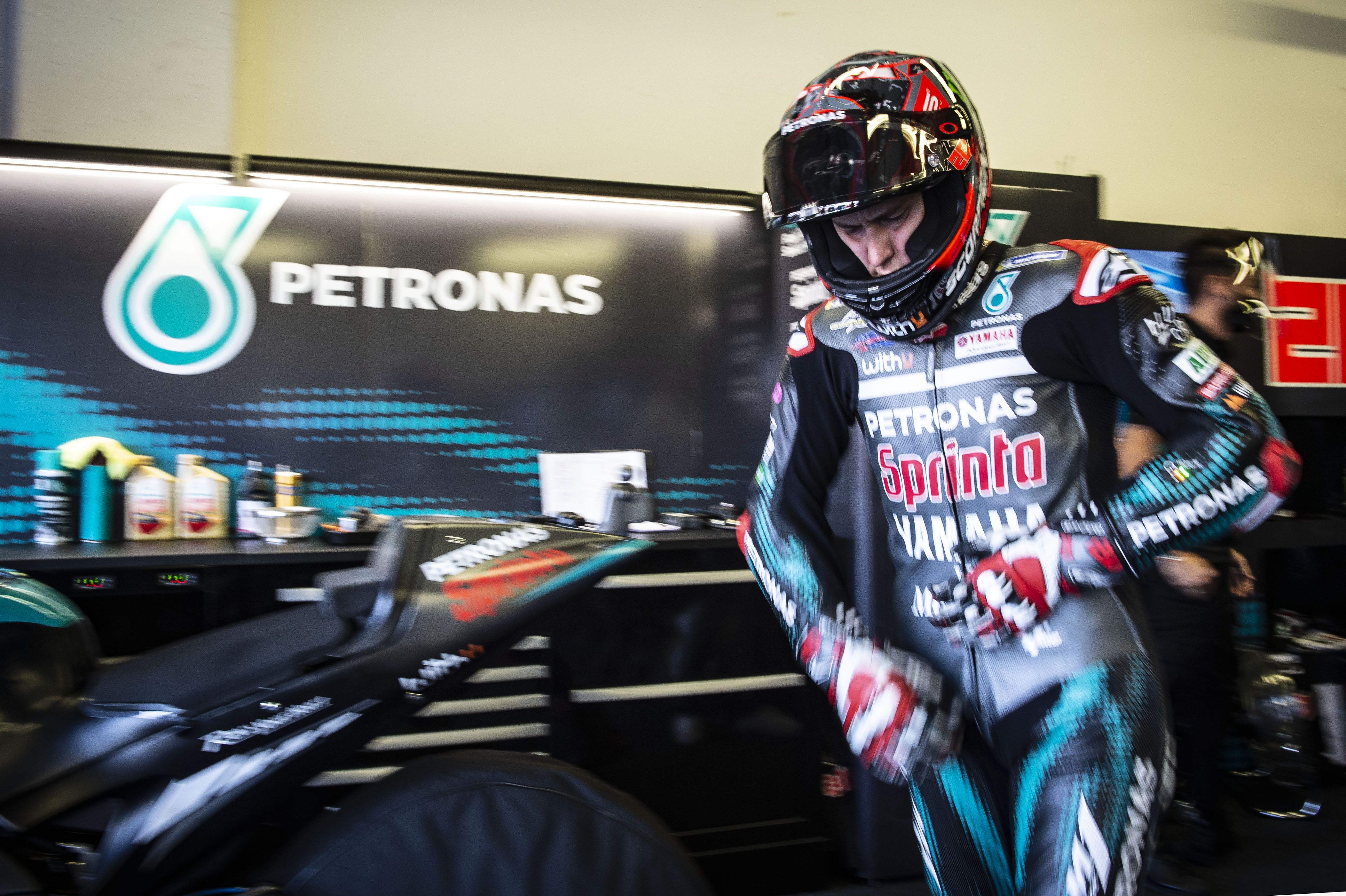 Sitting second to Dovizioso after a self-confessed rookie error caused him to crash out of last weekend’s San Marino Grand Prix at Misano, Quartararo also admitted ahead of this weekend’s Emilia Romagna Grand Prix at the same circuit that he simply can’t keep up with the twists and turns of 2020. 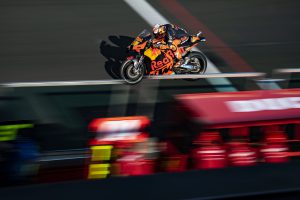 “This championship is totally up and down and I don’t know, let’s see. Last time the Ducati was struggling a little bit apart from Pecco [Bagnaia]. I hope to fight for victory this weekend and to take the leadership back.”

And while the Frenchman might believe that the Suzuki is superior to his own Yamaha M1, Mir was quick to remind him this evening that the grass might always look greener – but until you’ve tried it, it’s hard to accurately measure up the pluses and minuses of different machines.

“I didn’t know that Fabio had tried my bike!” Mir quipped. “Probably he did it yesterday or this morning he did it, and I didn’t realise!

“It’s really nice to hear someone who knows my bike better than me! 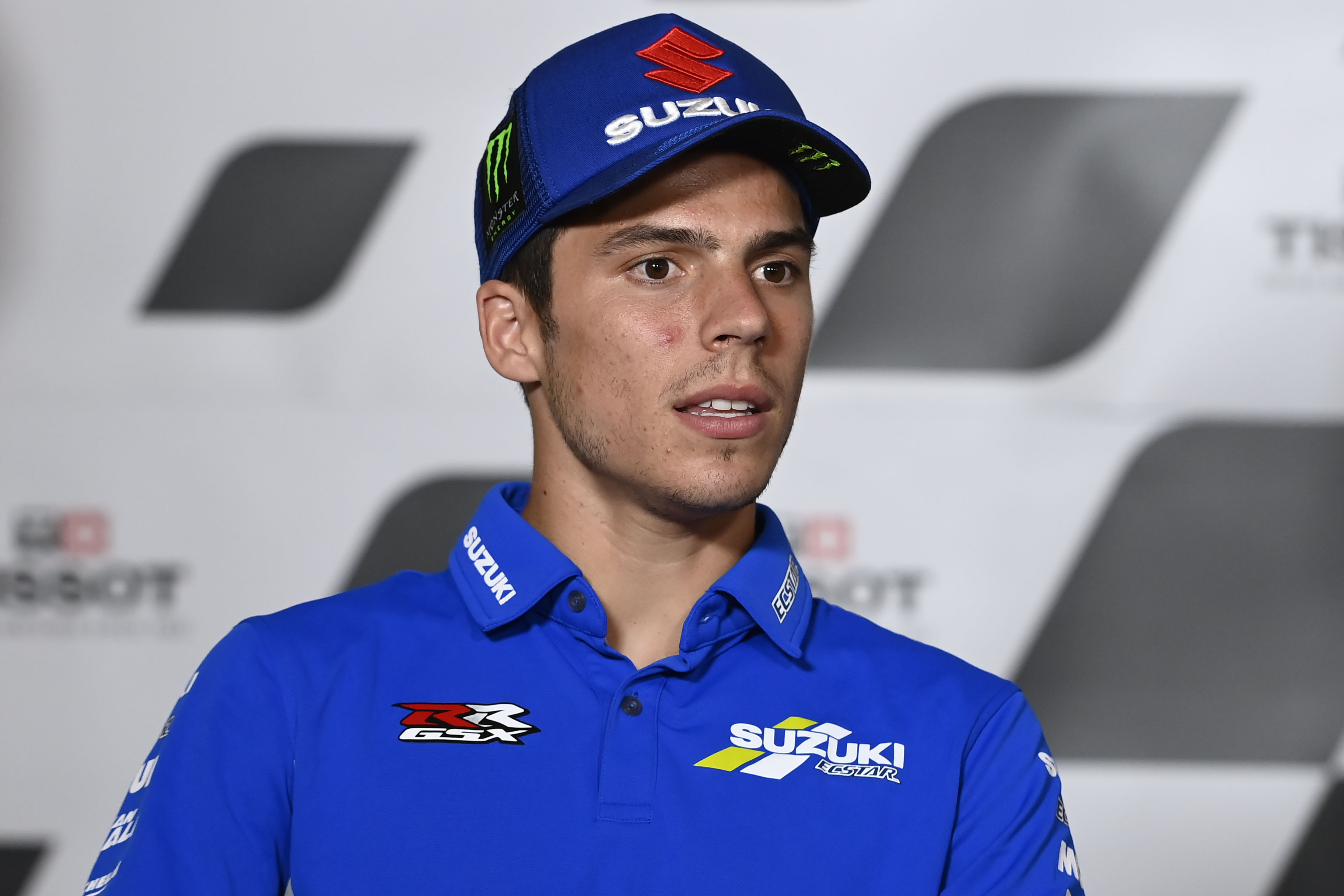 “What can I say? The bikes of the others are always better than the one that you are on, but right now the person getting pole positions and podiums is him, and the winner of the last race was a Yamaha [ridden by Franco Morbidelli]. 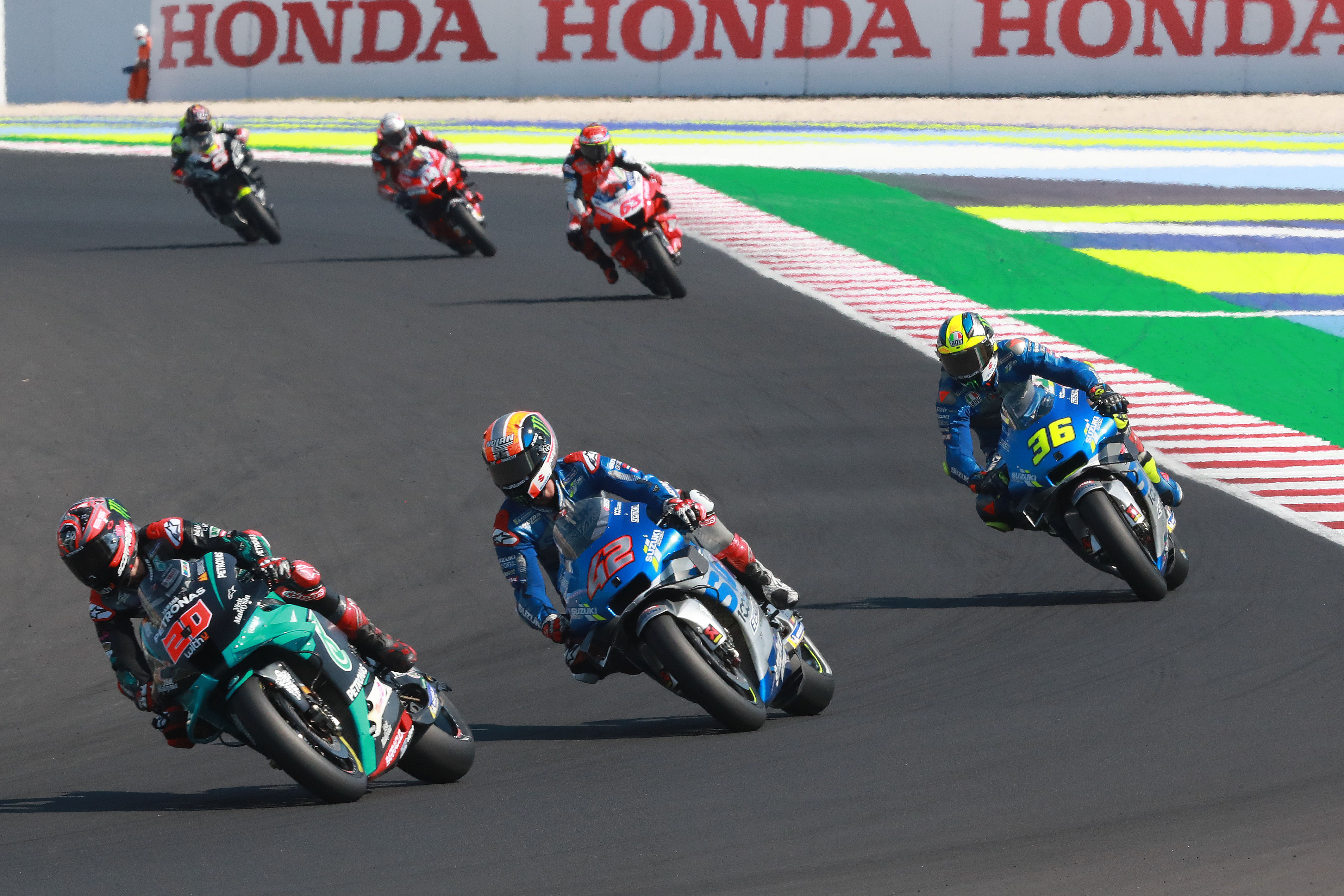