Quartararo banishes all MotoGP title doubts except one

In the stretch between Francesco Bagnaia hitting the deck at Arrabiata 2 on the second lap and the chequered flag being waved, there was only one infinitesimal moment of doubt regarding Fabio Quartararo’s eventual Italian GP win.

It wasn’t either of Johann Zarco’s overtakes – those felt distinctly temporary setbacks, with Zarco having not shown during the weekend the kind of pace that could trouble Quartararo. It was instead lap 12, completely unremarkable in every other way.

Quartararo’s ‘great escape’ had just taken him from going wheel to wheel with Zarco to being three seconds clear, basically in the span of five laps. But as the gap got to three seconds, it lingered ever so briefly, and it dipped back into the two-second margin. Could it be, really, Jerez again? 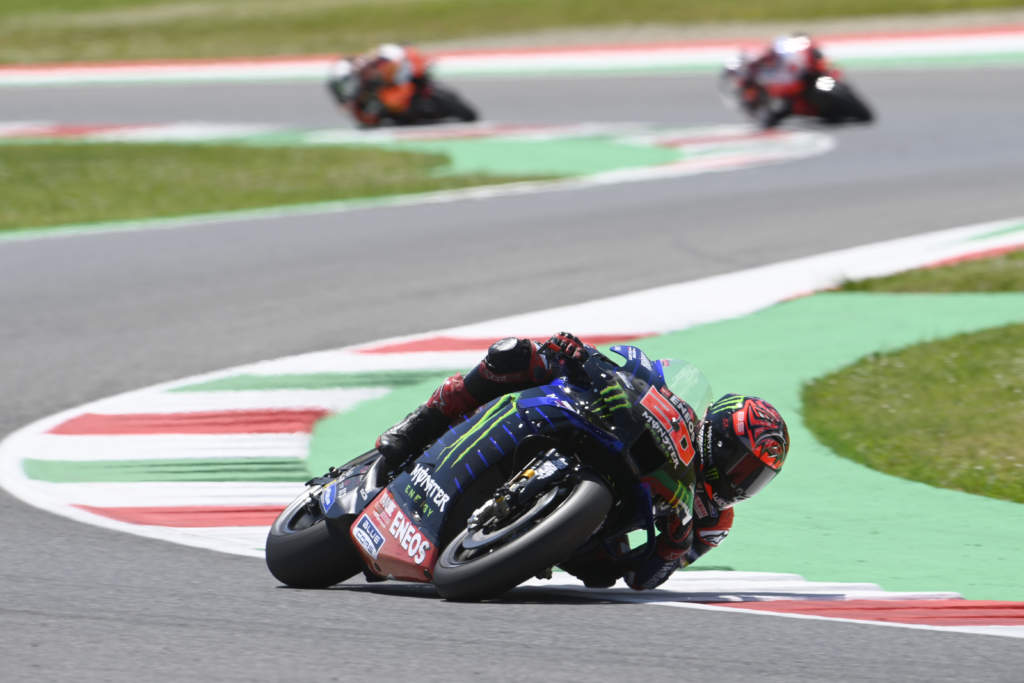 It couldn’t. It was just the Ducati making up ground on the straight. Once it was time for the corners, Quartararo’s lead continued to balloon, before he went into ‘coast’ mode and brought the bike home, taking a 26-point lead out of Mugello.

He was, of course, the only Yamaha rider in the top seven.

“I think that Quartararo made the difference – it’s not the first time of the season,” said Valentino Rossi, being commendably eloquent in his praise of the rider who replaced him in the factory Yamaha team.

“He made the difference in the second race in Qatar, but also in Portugal, he was very strong. But also in Jerez, he made the difference, but he had the problem with the arm. Le Mans was difficult condition for the Yamaha, half and half, but here he always rode at the maximum, he never made mistakes, he’s very strong in the hot lap and this is very important for the MotoGP now.

“I think he’s the rider in a better shape. He had some problem with the arm, I think if he fixes this problem he’s the favourite for the championship because he’s the fastest guy on the track.” 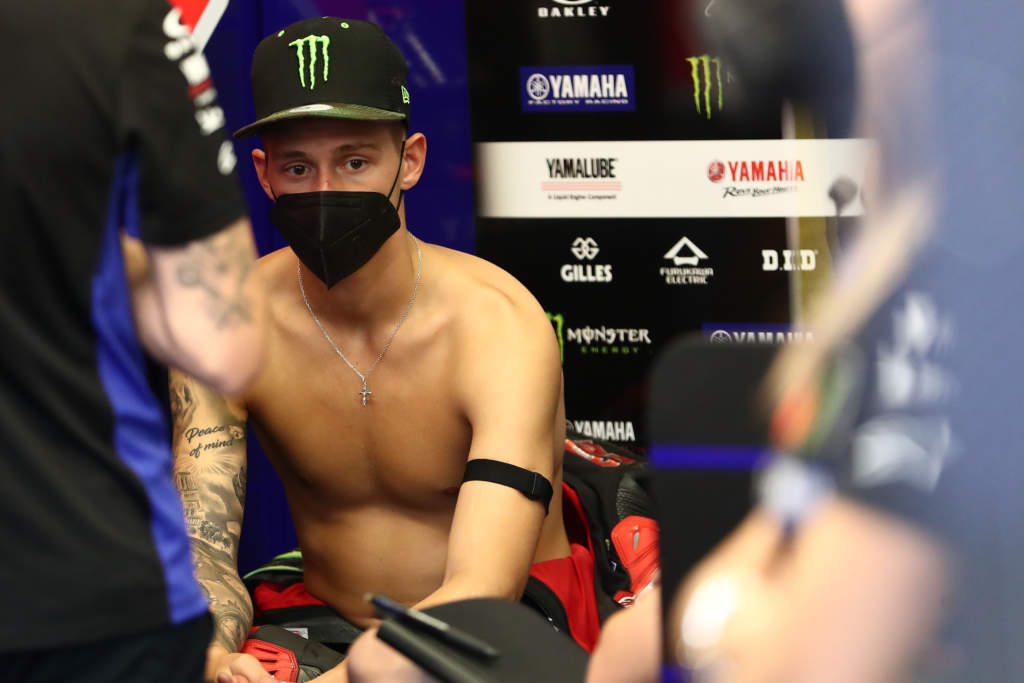 On the evidence of 2021 so far, I think it’s possible to go even further. If the muscles in Quartararo’s right arm continue to cooperate if the post-Jerez surgery has indeed taken care of the problem, then barring a freak injury the title is his.

Especially considering that Yamaha took a big step towards eliminating its most glaring and most frustrating weakness in Mugello.

“I think that what we missed was the front device, because our starts were terrible, and we improved a lot. So I think that, for one lap, the top speed is not so important, and for the race, I take the confidence that even if we don’t have the top speed we will try to manage without this. 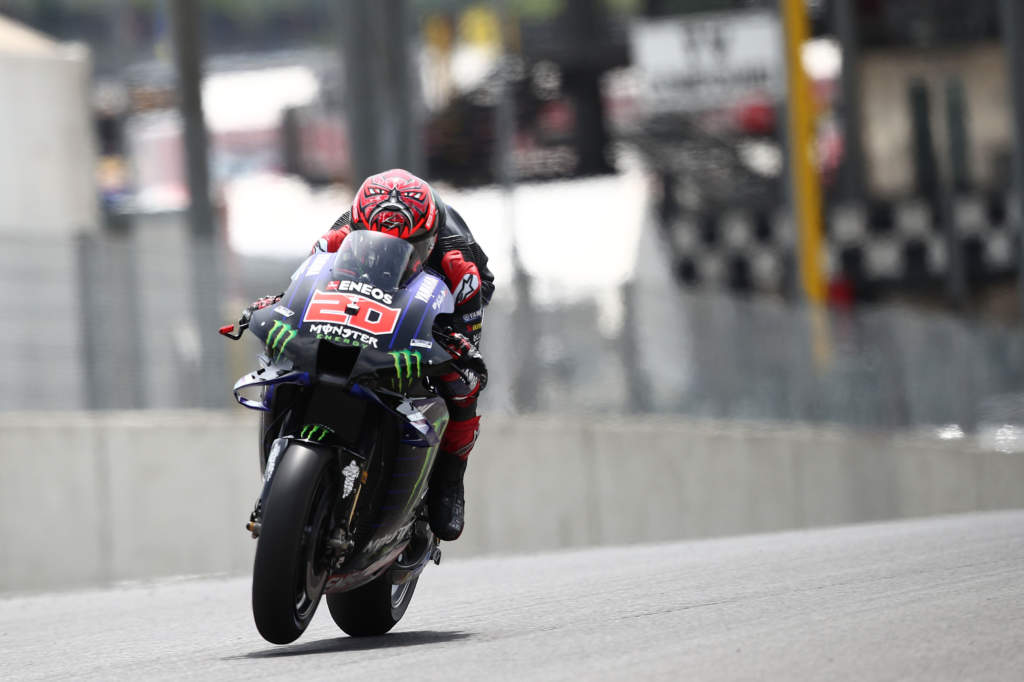 “But our bike is going extremely good, I have a really good feeling on the front, and yeah, at the end it’s not many-many tracks where there is a long straight, so we will see in Barcelona because last year was also really good there.”

The aforementioned “glaring weakness” is not the top speed. That’s just part of the trade-off. Yes, Yamaha will probably suffer a bit at the Red Bull Ring, but that’s just how it is in MotoGP – your bike either goes really well in the corners or really well on the straights (or potentially neither).

In Quartararo’s hands, the M1 goes really well in the corners. He served up two prime examples of that with two overtakes on Zarco that should’ve been hard in theory but were made to look disgustingly easy.

However, while the top speed deficit is a necessary evil, the bad starts were not – and Yamaha’s new front holeshot device passed its first test pretty convincingly in Mugello. 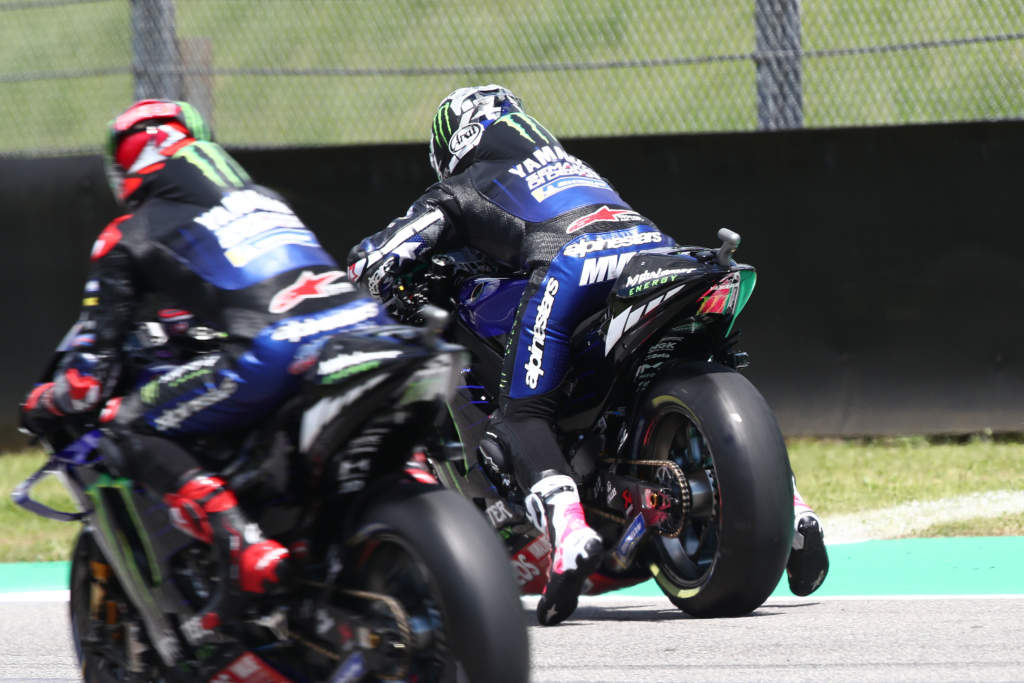 Yes, Quartararo did get beaten to San Donato by Francesco Bagnaia, but that happened in the second phase of acceleration, which you just have to accept when you have a run down to Turn 1 that’s as long as at Mugello.

But the initial launch was very, very good, and without that Quartararo would’ve been swamped – like at Jerez and Le Mans.

All three Yamahas lost position on the opening lap, but for none of the three was the launch a total disaster – and Rossi was actually on course to pick up a place or two at Turn 1 if he didn’t run really wide. He praised the launch device, and so did his team-mate Franco Morbidelli.

“Thanks to the device, the start was decent, because if we didn’t have that device this Sunday, the start would’ve been really, really bad,” Morbidelli said. “Doesn’t matter the quality of it [the rider’s reactions]. 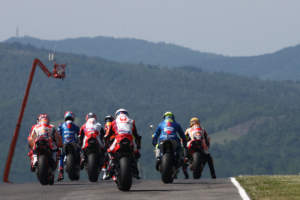 “But this device increases a lot the feeling in the start for us.”

“From 0 to 150[km/h] it’s much faster, the bike,” said Quartararo’s factory team-mate Maverick Vinales. “Much faster. But still we could use much more power, especially in second gear.

“In a few races will be ready, and will be fantastic. Just very happy with Yamaha, they brought it very fast – it’s good, I’m very happy for that.”

Of course, none of the other three Yamahas ended up making much of that improved launch, and on current form Quartararo is fighting alone at the sharp end of the field. But that never bothered Marc Marquez during his years of being Honda’s big outlier, and it shouldn’t bother Quartararo now. 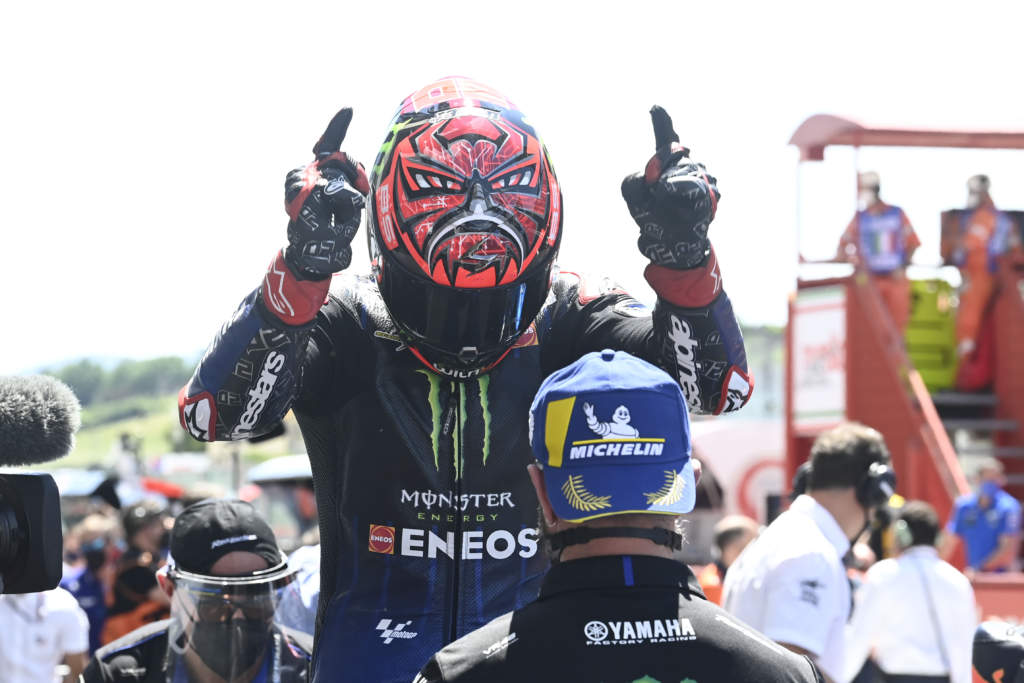 His pace is robust across a variety of tracks, he basically does not crash, and his feeling on the bike is akin to that from his breakthrough 2019 campaign.

“In 2019 I was really consistent,” Quartararo said. “I had a really great feeling with the front, and I could really feel the limit. In 2020, I had no feeling from the front – in Jerez, in Barcelona, I was super fast but I could crash in every corner.

“But right now even on the race, the best I had was in Jerez this year, unfortunately in the race was not so long [before arm pump struck] – but, also to make an overtake, you feel your front moving.

“This is why I could make a step and even in qualifying, here especially, I really pushed the limit. You feel like you’re going to crash every corner but every time it’s going well, but yes, our bike has this strong point this year like 2019.” 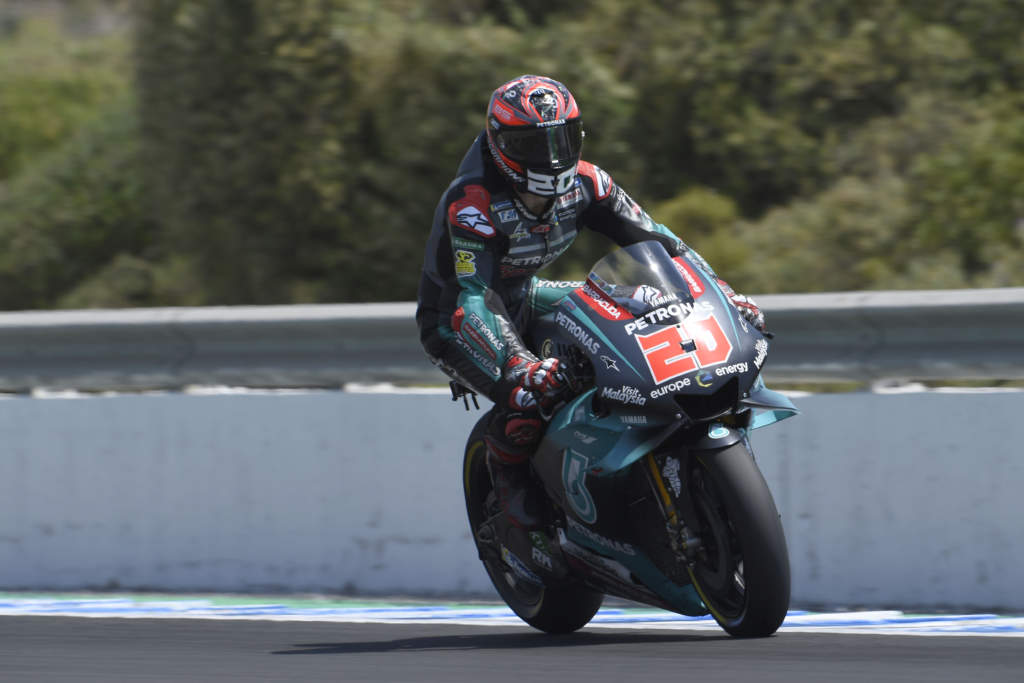 Given recent MotoGP history, could this somehow be another Yamaha false dawn after all? Well, it’s a maybe, given how spectacularly Quartararo’s campaign petered out in 2020 – but even there was certainly not this consistent level of performance from track to vastly different track. Right now, wherever MotoGP rocks up, Quartararo is up there.

Yes, there’s two Dukes within 30 points and another one 31 off. Yes, Joan Mir is scoring consistently and is – the Le Mans blunder aside – riding like a seasoned veteran. And yes, there are still a lot of races to go.

But if that right arm plays along, Quartararo really should see this through.