MotoGP team owner Fausto Gresini has regained consciousness and his condition is “improving” amid his battle with COVID-19, according to a statement from his team.

The 59-year-old tested positive for coronavirus before Christmas, and was initially hospitalised on December 27 before being transferred to a specialist COVID-19 ward at the Maggiore Carlo Alberto Pizzardi hospital three days later.

He was put into an induced coma and intubated to assist with his breathing, but has been weaned off sedation in recent days as he recovers.

Staff at the hospital in Bologna today confirmed that he is not only conscious but receiving visitors, completing physiotherapy and even able to join his daughter’s birthday party via Zoom.

“Fausto Gresini’s general clinical conditions – albeit still fragile – are improving,” said Doctor Nicola Cilloni. “He is awake and very cooperative; he is still aided by the breathing machine but has begun with physiotherapy already.

“Todays’ visit by his wife Nadia, whom he welcomed with great emotion, has surely strengthened his already well-known great determination.”

Gresini’s team currently runs Aprilia’s factory MotoGP operation, although that relationship will end ahead of the 2022 season so it can return to independent status.

It fields its own teams in Moto2, Moto3 and MotoE, where it ran Matteo Ferrari to the inaugural title in 2019 and runner-up spot last year. 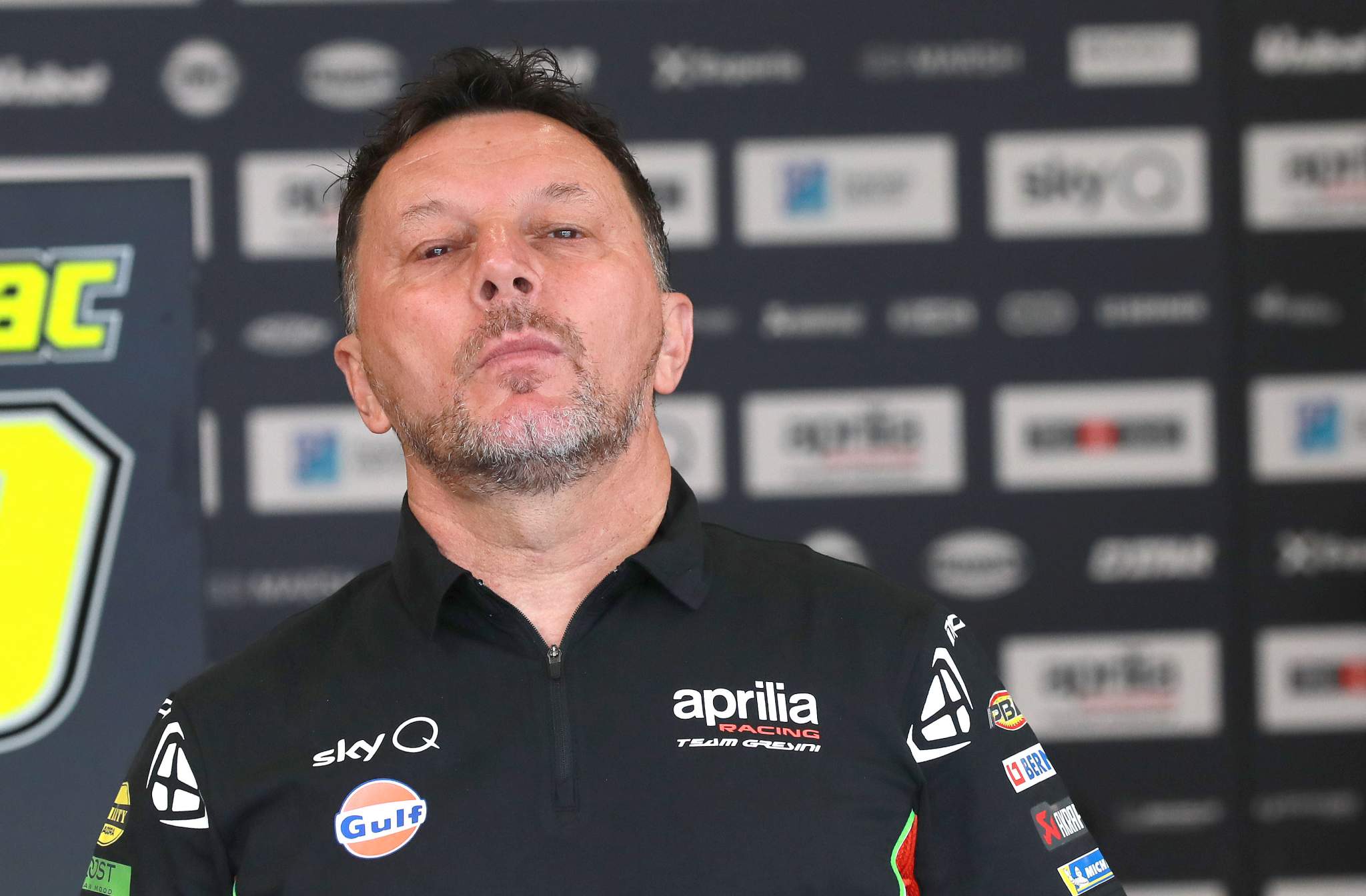