The weekend weather forecast for the Austrian Grand Prix at the Red Bull Ring could spell trouble for MotoGP, with heavy rain beginning to hit the track and riders already on edge about racing on the low-grip surface in torrential conditions.

The track has already experienced extreme weather during Thursday’s media events, with heavy rain for most of the afternoon prompting concerns from some riders.

Another heavy shower struck at the end of Moto3’s second practice session today.

The location of the Red Bull Ring circuit in a mountainous valley means that relatively extreme thunderstorms can sweep through the area and become trapped over the track, dumping considerable amounts of water in a short period of time.

Some riders have previously suggested that the safety standards at the track are on the limit for MotoGP, and with the Red Bull Ring also notorious for a low grip level, riders were quick to speak out about the potential problems this weekend could bring them on Thursday. 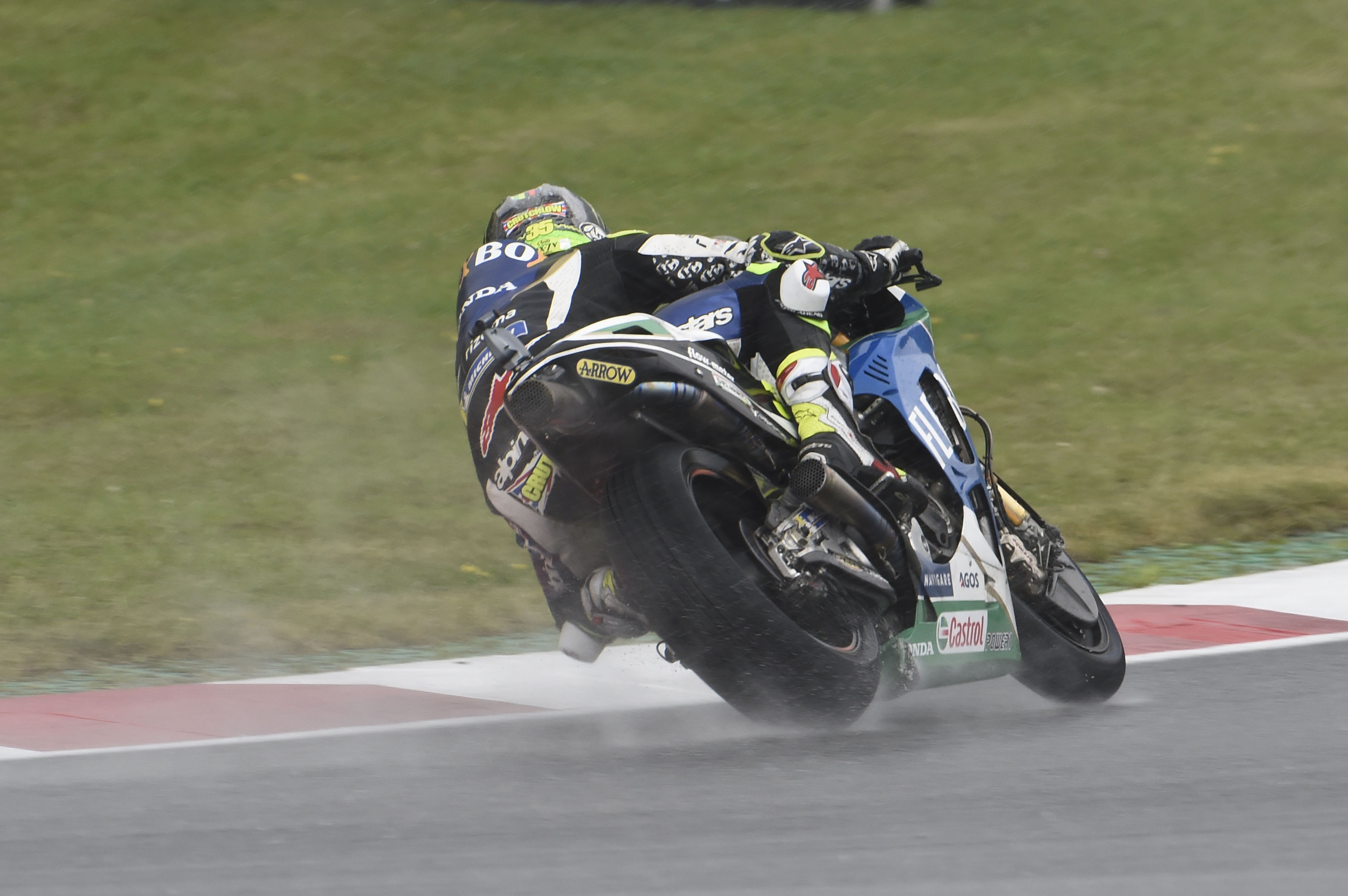 “I was here on Tuesday afternoon and it rained for a couple of hours, and the water on the track was just ankle deep. There’s a lot of undulations and the water sits in them, like the kink between Turn 1 and Turn 3 right where we start to get on the throttle.

“We have to try and ride in it at 300km/h while the bike is aquaplaning under us on a tyre with a surface area the size of your hand” :: Jack Miller

“We have to be sensible, look at the situation and see what happens. It looks like we’re going to have thunderstorms, but the forecast [on Thursday] was for a bit of rain and we got a lot so it’s hard to tell what’ll happen.”

His views were echoed by Pramac Ducati rider Jack Miller, who compared parts of the track to Suzuka – which MotoGP stopped using after Daijiro Kato’s fatal accident in 2003, a decision Miller alluded to in his comments. 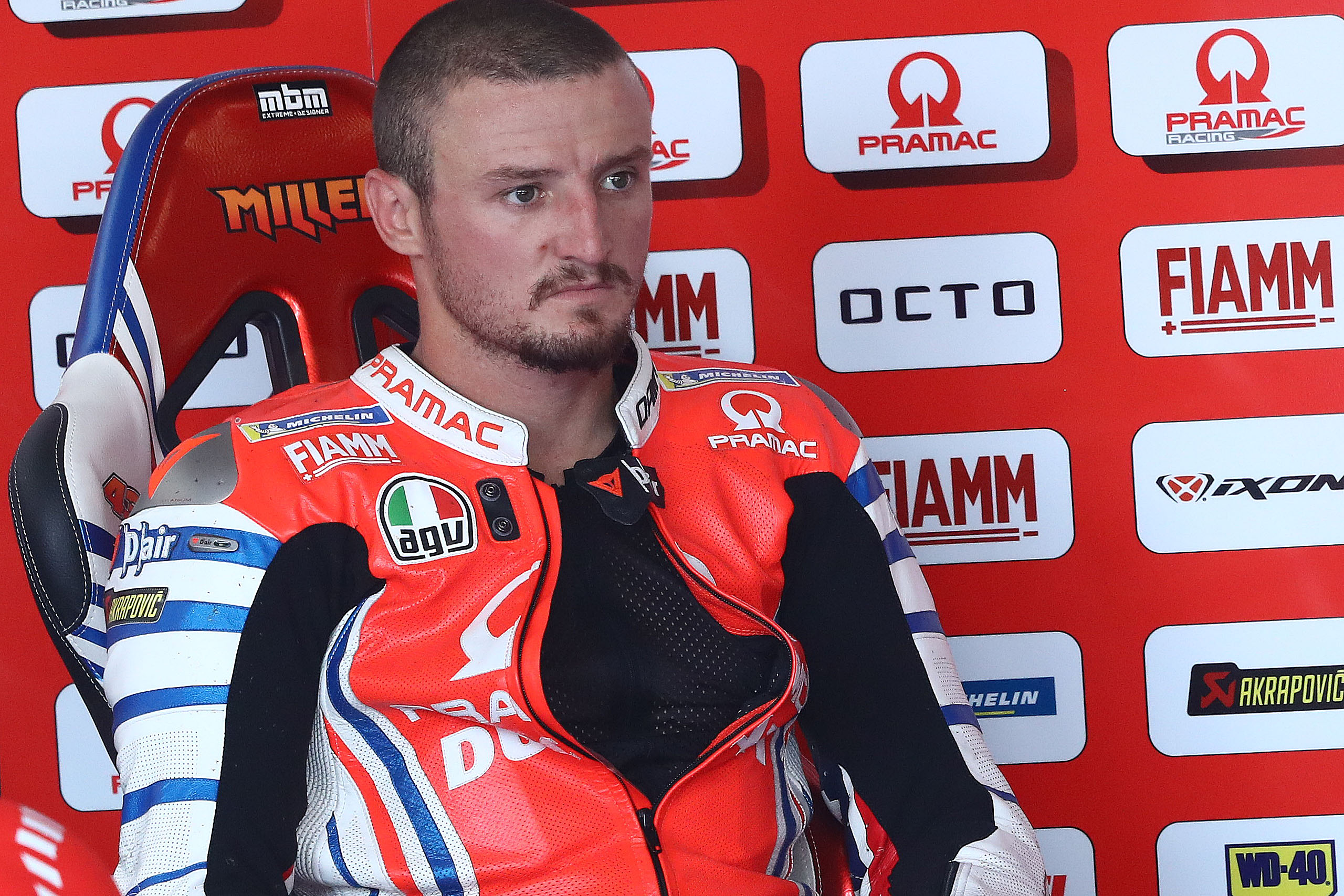 “This place is always quite tricky in the wet – it’s never fun,” Miller said on Thursday. “I’ve got my fingers crossed that we don’t get any rain this weekend but it’s not looking good so far.

“It was lovely this morning but it’s pissing down now, and if I had an umbrella I’d go take a photograph of the waterfall that’s coming down at Turn 1.

“It needs every single wall in the whole track pushed back by a long way” :: Cal Crutchlow

“It’s downhill so it’s an easy run for the water, but it becomes deep and we have to try and ride in it at 300km/h while the bike is aquaplaning under us on a tyre with a surface area the size of your hand at the best of times.

“This track isn’t the safest on the calendar at the best of times, so you don’t want to throw rain into the mix too.

“The braking at Turn 3 is very similar to the last corner at Suzuka and we all know what happened there and why we stopped going there.” 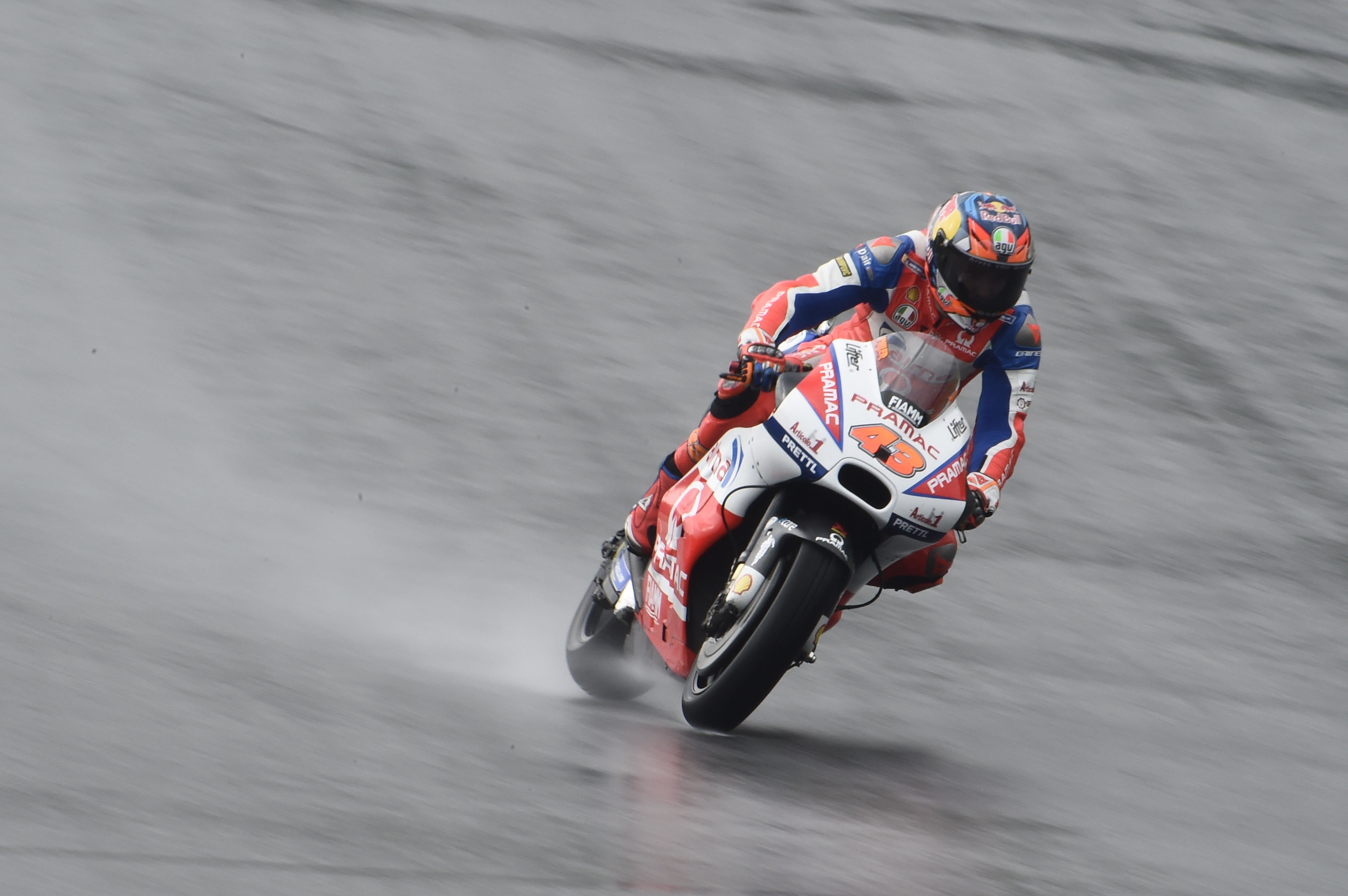 “It needs every single wall in the whole track pushed back by a long way,” he suggested.

“It’s not as if Red Bull are struggling for money, and it would be the service road that they’d have to eat into. Obviously I don’t know the situation but I’m sure they own the land it’s all on.

“We asked a couple of years ago to change things and they pushed some back, but there’s still plenty to do.

“I just think with our bikes it’s already dangerous enough riding around here in the dry, never mind the rain.”

The Race has approached MotoGP promoter Dorna and the Red Bull Ring for comment about the riders’ concerns.