MotoGP’s concerns about coronavirus have stepped up ahead of next weekend’s 2020 season-opening Qatar Grand Prix, as fresh outbreaks of the respiratory illness hit Italy and Japan.

The paddock had initially been primarily concerned about early coronavirus cases in Thailand, where round two is held.

But it now seems the biggest issue is that the first round could be put in jeopardy by team members and riders not being allowed to return to Qatar from their home bases in Italy and Japan.

A huge spike in the number of cases in northern Italy has been cause for alarm over the weekend, and The Race’s sources can confirm that a number of teams have urged their personnel to remain in Qatar instead of travelling home after last weekend’s final pre-season test.

Suzuki and Yamaha personnel from both Italy and Japan have been asked by team management to remain in the Middle East for the next 10 days instead of returning to their bases.

However, with the majority of the premier class riders and most of their teams returning to their homes, there is potential for severe disruption should Qatar decide to suspend travel from affected areas. 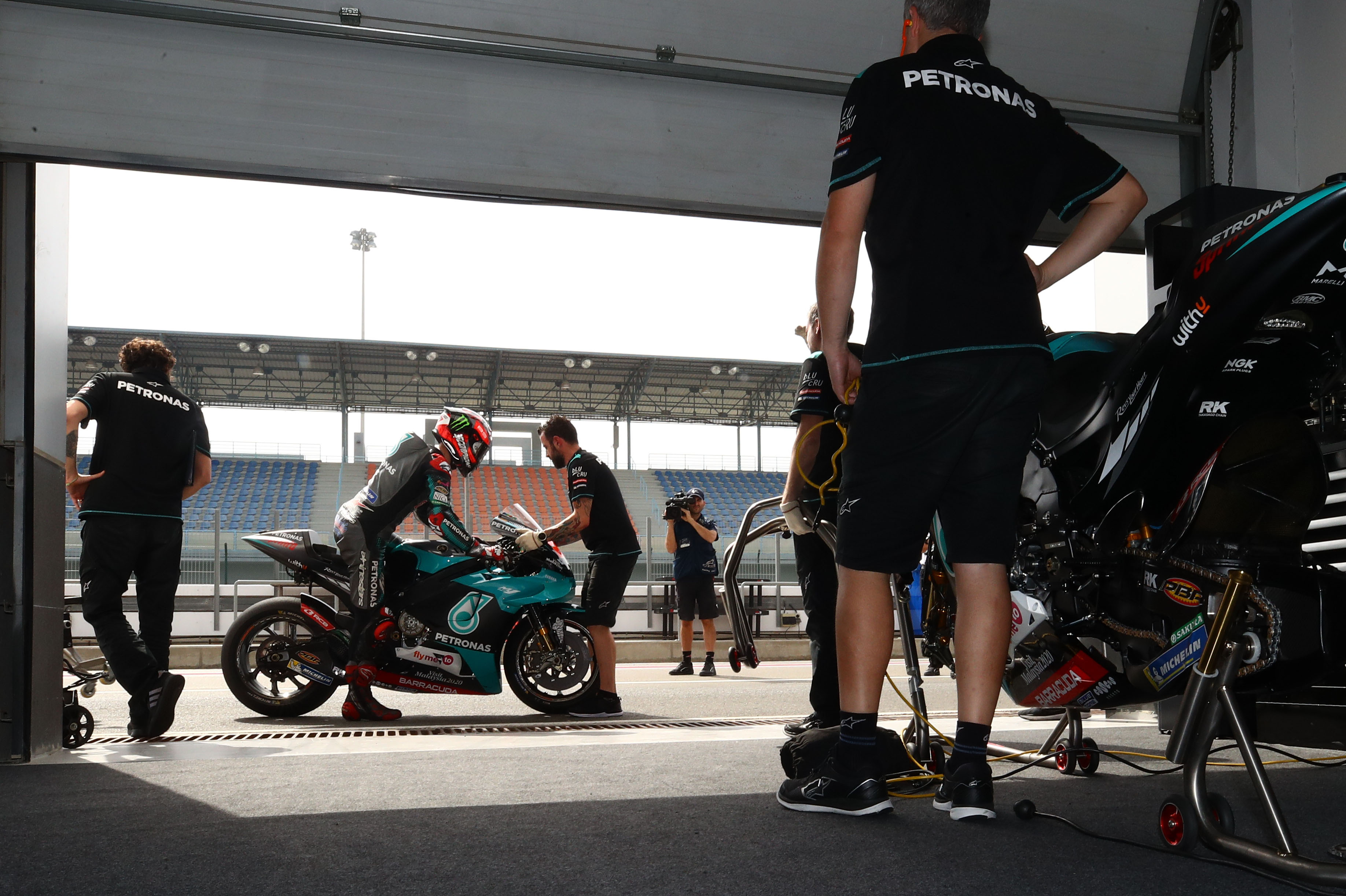 Six of the championship’s 11 teams are based in Italy and three of the six manufacturers hail from Japan, meaning travel bans involving those countries would have a significant effect on the series.

There are also seven riders from Japan and Italy who could also be affected, including major names such as Andrea Dovizioso and Valentino Rossi.

Qatar has yet to record a coronavirus case but has stepped up precautions at Hamad International Airport in the face of increasing outbreaks of the disease worldwide.

The Minister of Health Doctor Hanan Mohamed Al Kuwari on Tuesday recommended the postponement of travel to a number of countries including Japan and Italy during a visit to the airport to view new additional screening procedures.

The country’s Ministry of Public Health has also announced that they are quarantining arrivals from China, South Korea and Iran, the worst-hit areas so far. 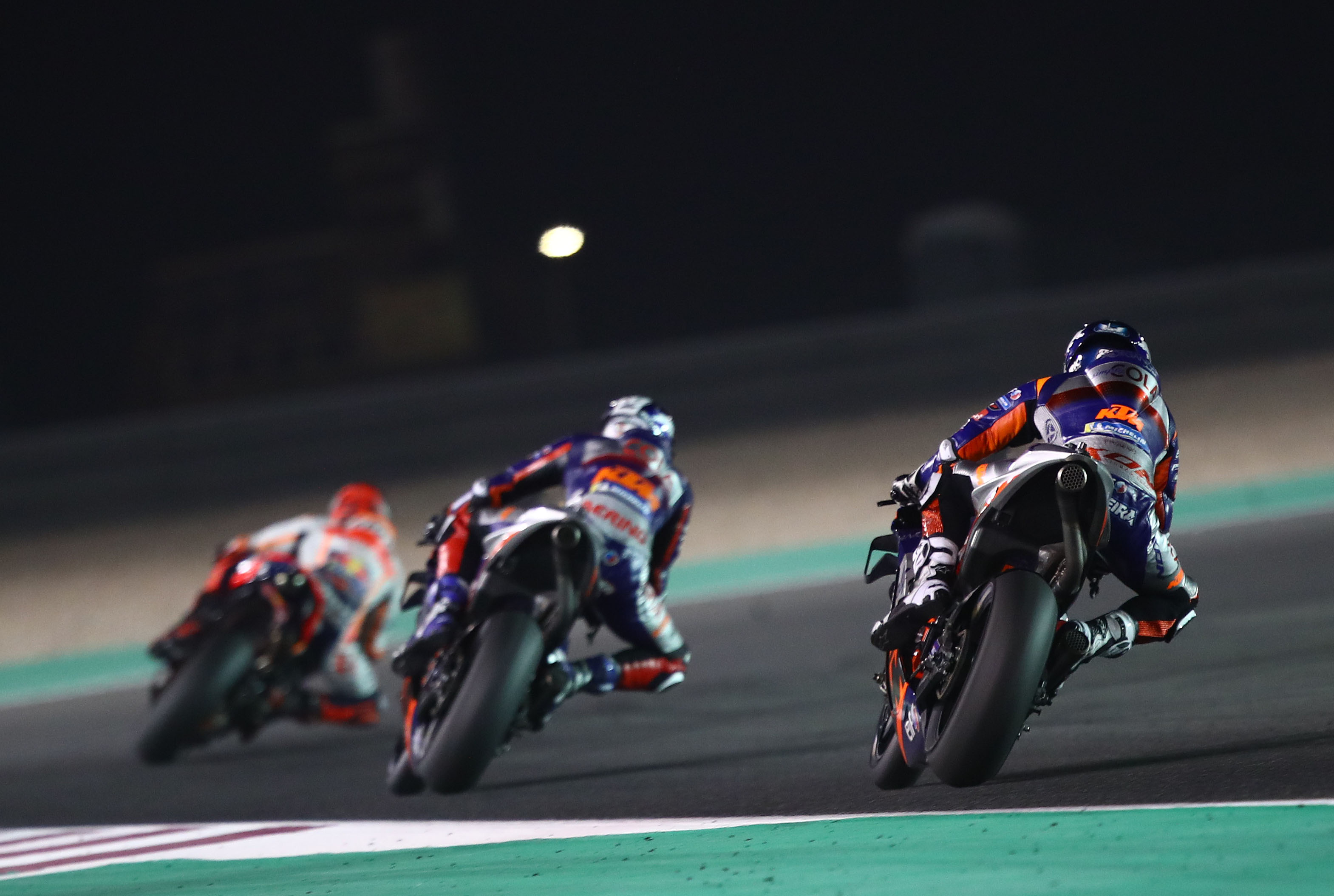 And while the risks of heading to Thailand seem to be cooling down as cases of the virus outbreak decline in the South East Asian country, there remain fears in the paddock that racing there could have knock-on effects later in the season.

The USA is bringing strict travel restrictions into place, already denying entry to foreign nationals who have visited China within 14 days and issuing precautions to large groups such as conferences and sporting bodies.

That has concerned some people in the paddock that, should restrictions be increased to countries across the region, many of the championship’s personnel could be refused entry to Austin 10 days after the Buriram race.

There are also concerns about the knock-on effect if the race in Qatar does not go ahead, though, with teams having left garages set up for next week’s race when they left after the test.

Freight due to be shipped onwards from Qatar to Thailand by air for the second round, so the Italian teams could face a logistical nightmare if the opener is cancelled or postponed and they are not permitted to travel to Losail at all.

Transport hurdles have already hit the Thai round of the series, too, with teams and organisers left searching for hotel rooms in Buriram at late notice after the Chinese football team’s World Cup qualifying games were moved out of their home nation to the Chang Stadium, only 100 metres from the circuit.

With one of the town’s more modern hotels take over to host the team for two games against Guam and the Maldives in the days after the race, hotel space could be at a premium now for the MotoGP fraternity. 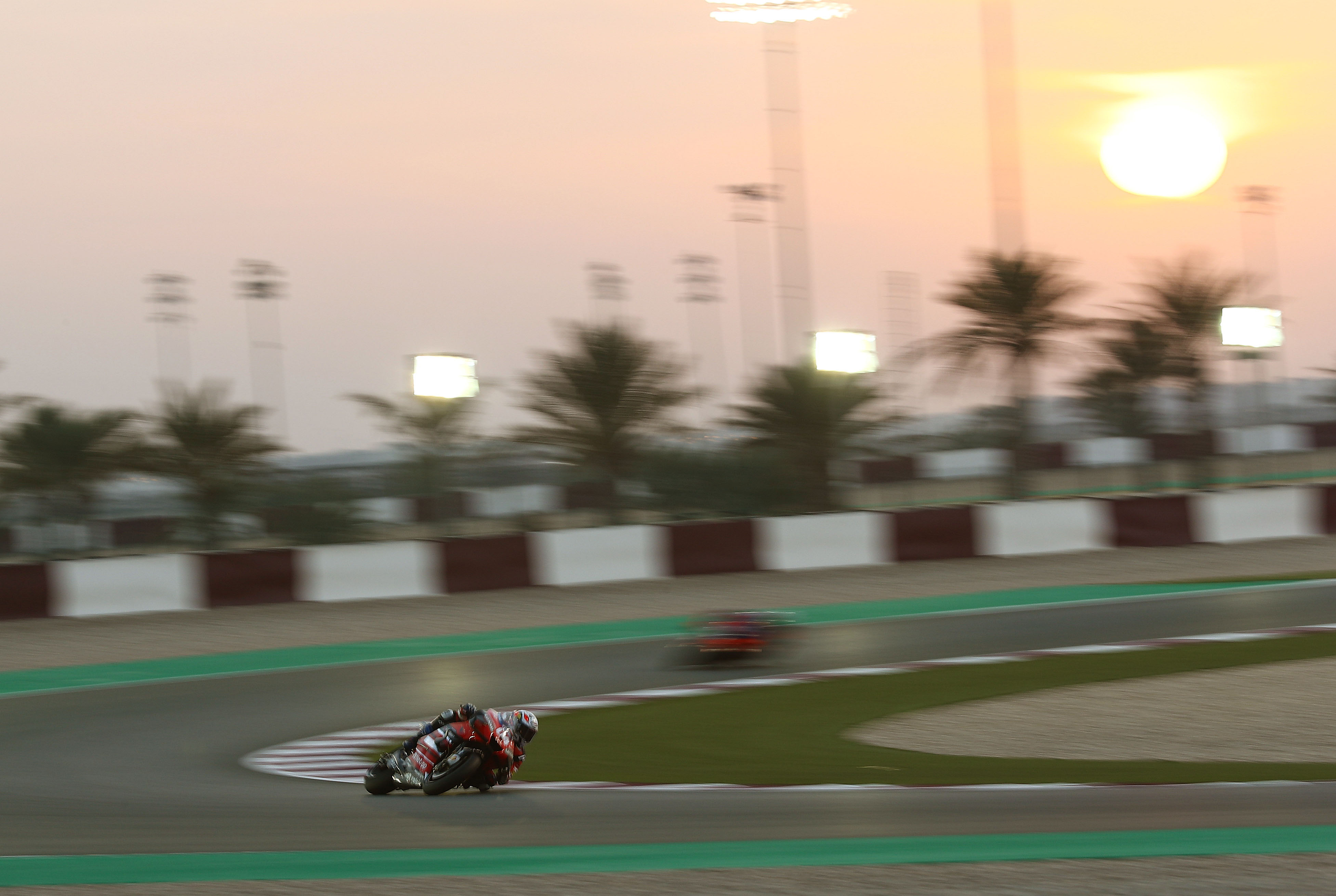