As The Race first reported last week, the Portimao circuit has been confirmed as the host of the final round of the 2020 MotoGP World Championship, with the Portuguese Grand Prix returning to the calendar for the first time since 2012.

The news comes after it was confirmed last week that a 14th race was set to be added to the abridged Europe-only season, with Portimao widely tipped as the leading contender.

This year will see a major expansion in activity for the state-of-the-art facility on the Algarve coast, as it also hosts an F1 race later this year as part of a considerable new investment.

Close to bankruptcy as recently as a few years ago, an investment by the Portuguese government has helped the track return to solvency, and is evidenced not only by considerable investment in luring MotoGP and F1 but also in a full-track resurfacing set to take place before the race.

Speaking in the statement confirming the race, MotoGP CEO Carmelo Ezpeleta said that it’s great to have Portugal return to the calendar after nearly a decade of absence.

“It’s big news for us, we signed an agreement in 2017 with Portimao to be the reserve circuit for any kinds of cancellations, and we’ve been in contact with them all this time. We’ve been to Portimao with Superbike and we think it’s an amazing possibility for us, and also in the agreement is that the track will be resurfaced after the Superbike round.

🇵🇹 Kicking off your Monday morning with some thrilling Race 1 ACTION courtesy of @mickeyvdmark! 😁

“When we explained this to the riders they were excited because they’ve seen the track on TV, but we’ve never been there.

“Portugal has a long history in our sport and there have been some historic battles in Estoril. It’s something very good for us to have the possibility to go back to Portugal, especially with Miguel Oliveira participating as it’s great to have a Portuguese rider able to compete in his own country. We are extremely happy to be racing in Portimao at the end of the year.”

The notoriously-challenging and technical circuit is set to throw a spanner into the works as the final round of the season. It is not an easy circuit to learn and an unfamiliar circuit to most of the grid, and Aleix Espargaro told The Race this weekend that Portimao won’t be a ‘normal’ round.

“I rode there before the start of the season on my standard Aprilia street bike, and I still spent the first two hours trying to discover the track. This has never happened to me before – when we went to Argentina I knew every braking point after two sessions but it is super difficult at Portimao!

“When I arrived there [Alex] Rins had been riding for two days and I couldn’t even follow him – I was two seconds a lap slower! It’s a very fun track but it’s on the limit for MotoGP, because the uphills and downhills are very aggressive.” 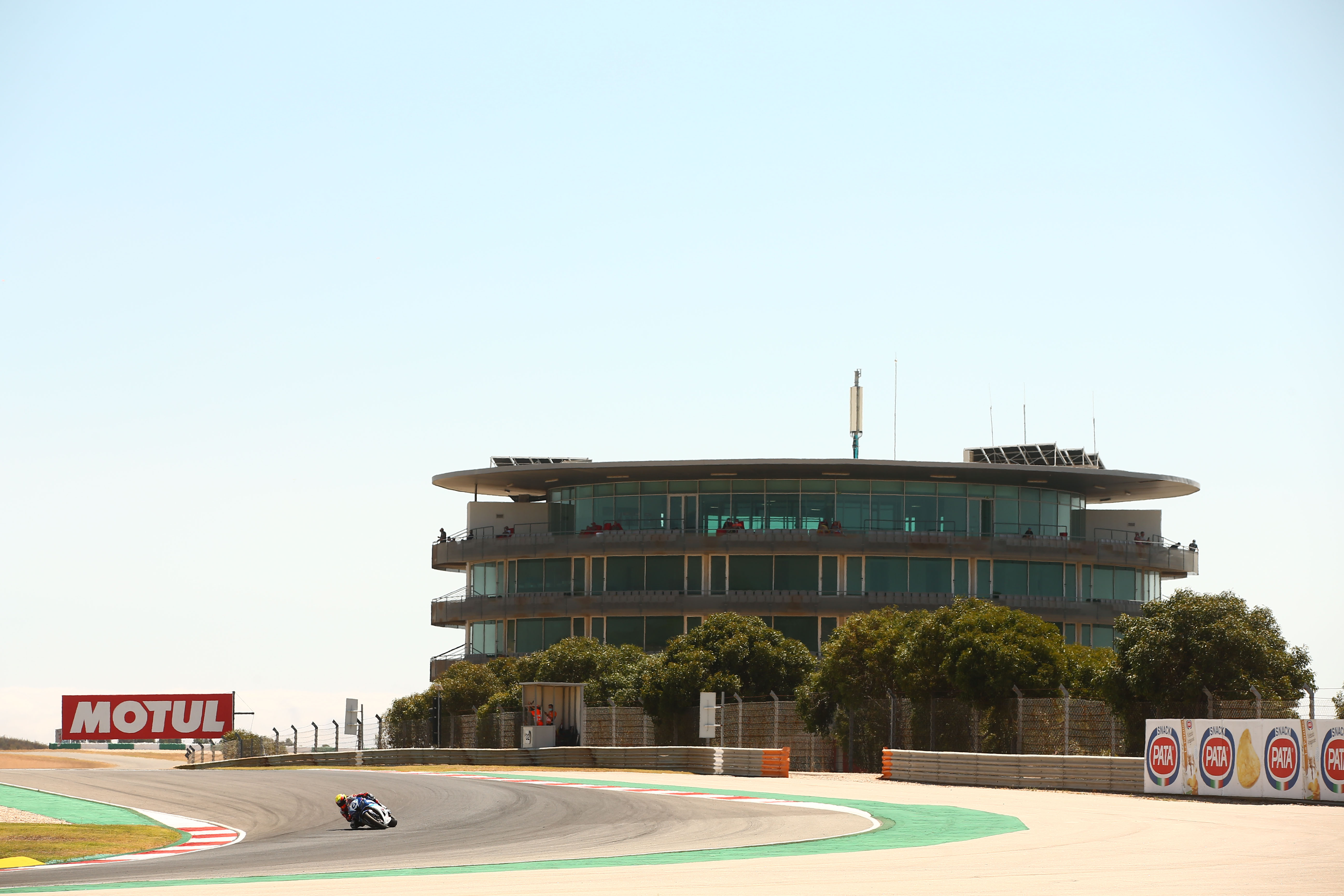 Former World Supersport champion Cal Crutchlow shares Espargaro’s views the track, admitting to The Race that he believes that a MotoGP machine might be too much for the track.

“I have experience there, but it’s from 11 years ago! It was an amazing track on a supersport bike – the best in the world! But on a superbike or a MotoGP bike, it’s a completely different story.

“I’m looking forward to it because by all accounts they’re going to resurface and it’s great that they’re going to put the investment in, but I don’t think my experience will make any difference at all!