MotoGP announces agreement to hold a race in Saudi Arabia

MotoGP promoters Dorna announced a memorandum of understanding with the Kingdom of Saudi Arabia, with future plans to not only bring a round of the championship to the Arab country but to develop talent in the region as part of the partnership initiative.

No news has yet been confirmed about the specifics of the deal, including where and when they hope to hold a race in the country, which currently doesn’t have a homologated FIM circuit.

Formula 1, which first raced in Saudi Arabia in 2021, uses a street circuit in the city of Jeddah which would not be suitable for motorcycle racing. However, a new circuit is under construction in Qiddiya, on the outskirts of capital Riyadh, with FIM safety officer Loris Capirossi involved in the construction.

“We are excited to confirm the signing of a Memorandum of Understanding with Dorna today,” the Prince said, “which clearly outlines our shared goal of bringing MotoGP to Saudi Arabia. It makes perfect sense to add the world’s greatest motorcycle racing series to our growing list of world-class racing events.

“We look forward to working with Dorna to deliver on our shared commitment to bring the pinnacle of two-wheeled racing to Saudi Arabia and to continue to provide more opportunities and initiatives to enrich the lives of all our residents.” 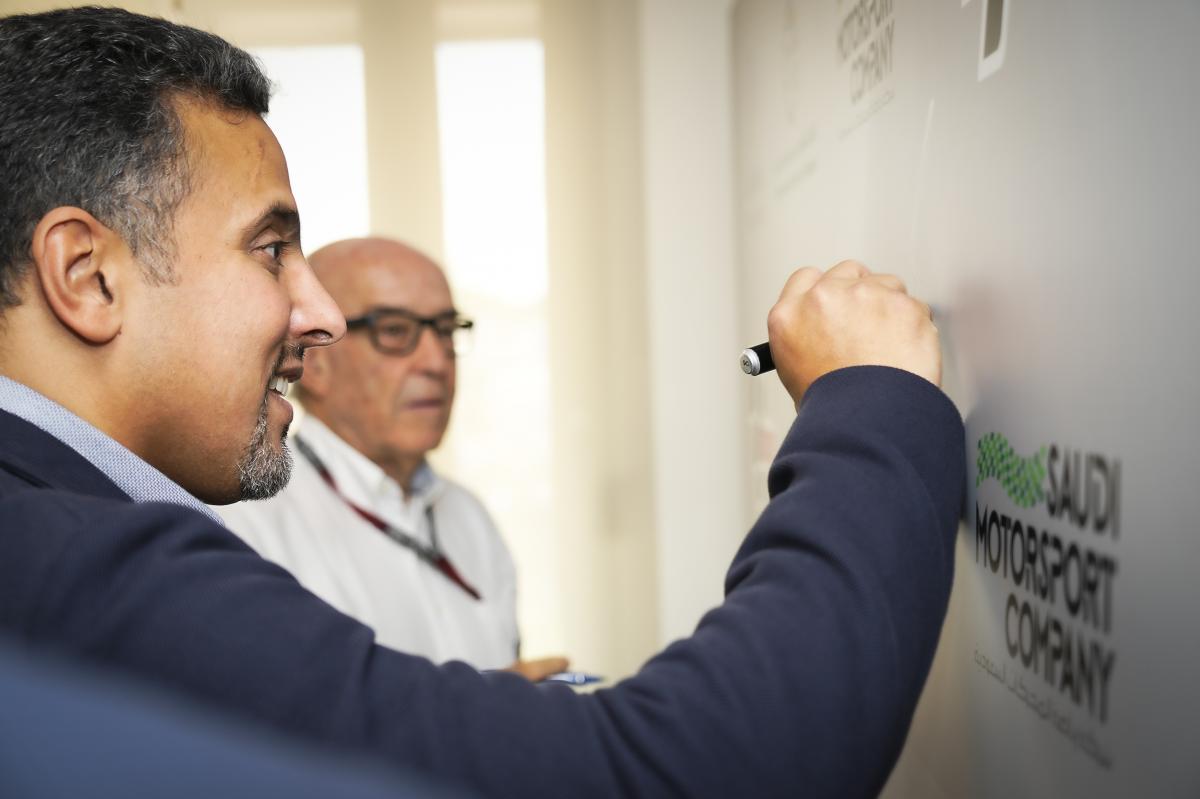 According to Dorna CEO Carmelo Ezpeleta, the deal marks a key opportunity for the sport to expand in what he says is an important and growing demographic.

“As the leading global championship for two-wheel circuit racing, we are thrilled at this opportunity for MotoGP to expand its reach within the Middle East by adding an annual Grand Prix in Saudi Arabia.

“The region is a key market for motorsport and the demand in the Kingdom for events of this kind is growing with research showing that 80% of Saudi fans want to see more in their country. In the past few years, Saudi Arabia has shown its ability to stage major global motorsports events to the highest standards.

“The signing of the Memorandum of Understanding codifies our shared intention to explore this opportunity further. We are confident that we will find an exciting and welcoming new home in the Kingdom and we look forward to further collaboration with the Saudi Motorsport Company to deliver on this joint ambition together.”

The plan has been met with a strong reaction on social media, echoing the accusations faced by F1 of helping Saudi Arabia ‘sportswash’ its poor human rights record.