Nov 21 2020
By Valentin Khorounzhiy
No Comments

For much of the session, which was back to a 45-minute running time after the two Friday practices clocked in at 70 minutes each, riders were around a second off the best pace set on Friday.

But as qualifying simulations began in the closing stages, Miller posted a 1m39.414s that eclipsed Johann Zarco’s FP2 benchmark by 0.003s.

Home hero Miguel Oliveira improved upon Miller’s time by half a tenth with two minutes left on the clock, and after being deposed from the top spot by Alex Rins, reclaimed first place at the chequered flag.

But the Tech3 KTM man was denied by Miller, whose 1m39.205s left him just over a tenth clear of Oliveira. 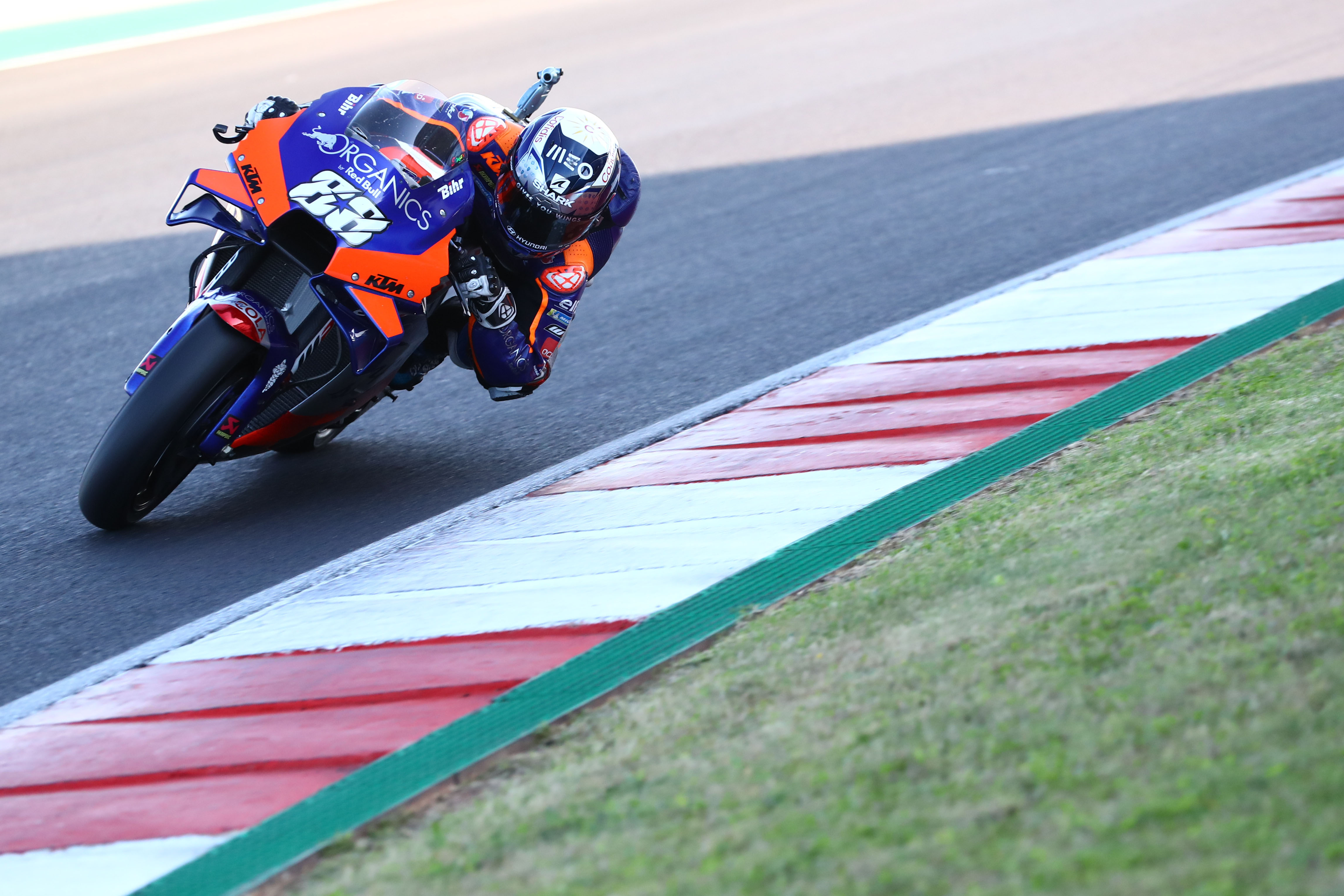 Suzuki rider Rins settled for third, and had to pull over to the side of the track after the chequered flag. He tried to request a lift back to the pits from one of his fellow riders, but was unsuccessful.

"Lift please? Never mind!" 😂@Rins42's Suzuki has stopped on the way back to the pits! 🔧#PortugueseGP 🇵🇹 pic.twitter.com/UocwKBW72J

Fabio Quartararo (Petronas Yamaha) and Pol Espargaro (KTM) were next up, the latter having had a scary moment during FP3 when he got sideways on the grass entering Turn 7 and only just held on to the bike. Both Quartararo and Espargaro preserved their 100-percent record of Q2 appearances in 2020 as a result.

Drifting onto the grass at Turn 7 sends him straight on! 💨#PortugueseGP 🇵🇹 pic.twitter.com/P7fsT9GE8c

Honda rider Stefan Bradl, who’s served as Marc Marquez’s stand-in for most of the season, has been enjoying a superb weekend and secured his first Q2 appearance of the campaign by finishing eighth in FP3.

Morbidelli was ninth-fastest, yet will have to go through Q1 because his time wasn’t enough to eclipse the best Friday efforts by Zarco and Yamaha stablemate Maverick Vinales.

Joining Morbidelli and Mir (15th-fastest in FP3) in the first qualifying segment will be Valentino Rossi, whose torrid weekend on the Yamaha continued as he placed just 20th.