Marquez injury saga: How a crash escalated into painful debacle - The Race
Skip to content
MotoGP

Marquez injury saga: How a crash escalated into painful debacle

The wait is over, and eight-time world champion Marc Marquez will finally return to MotoGP action next weekend at the Portuguese Grand Prix.

His racing return begins the final chapter in an incredible story that’s worthy of a Hollywood scriptwriter. 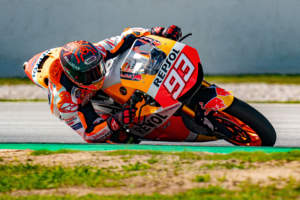 How quick will Marquez be on his MotoGP return? Our verdict
Read more

But the saga isn’t finished just yet, and there are important questions that it’s going to take more time to learn some answers to.

Really, the Marquez story is a tale that starts all the way back in February 2020, when the Honda rider headed to Sepang for pre-season testing, fresh from reconstructive surgery on his shoulder for the second time in two years and with a Honda RC213V that wasn’t doing what he wanted it to.

Further behind in his recovery than he had planned thanks to nerve issues in the reconstructed joint, he admitted at the first test that he wasn’t fit enough to race at that stage.

Things improved for him physically in the second test in Qatar, but that not competitively. Struggling to make the 2020 Honda behave as he wanted, Marquez was despondent until a bout of bike hopping in which he tried LCR rider Takaaki Nakagami’s 2019-spec Honda.

The outcome was that with just two hours of pre-season testing left, Honda settled on a hybrid of 2019 aero and 2019 chassis and Marquez was content but still on the back foot and concerned about his fitness.

Then COVID reared its ugly head. Straight from that test at the Losail International Circuit, the world went into lockdown and all MotoGP action was suspended until July, when the season was finally able to get under way with two races in two weekends kicking off the championship at Jerez. 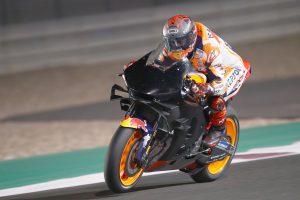 Things still weren’t perfect in the HRC camp, though, and Marquez looked far from his usual dominating self as a trio of Yamaha riders began the race as favourites.

The form played out when the lights went out, too, as Maverick Vinales made an early break and Marquez was forced to chase him down.

Though Marquez took the lead on lap two, Vinales kept him honest and forced a rare error from the champion – who ran off the track and dropped down the order to outside the points in 16th.

Marquez then launched one of the finest charges through the field we’ve ever seen from him.

Picking his way back to the podium places by the final quarter of the race, had he settled for third it would have gone down in the history books as one of the greatest races of his career.

Instead, Marquez kept pushing, seemingly desperate to ensure that Vinales and new race leader Fabio Quartararo started the year with no advantage whatsoever over him. 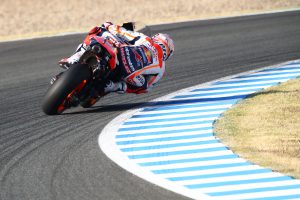 That’s when disaster struck, as Marquez, tyres burnt out from his run through the pack, went down.

Struck by his bike in the gravel trap, it was immediately apparent from his facial expressions that something had gone horribly wrong – but we didn’t know then just how bad things were going to get.

He flew immediately to the MotoGP hospital of choice in Barcelona, where Doctor Xavier Mir confirmed that Marquez had shattered his upper right arm, most likely through a heavy contact with his bike captured by MotoGP’s slow motion footage.

Surgery was planned, with a titanium plate bolted to the bone on the Tuesday following Sunday’s race.

😱 @marcmarquez93 will undergo surgery after this horrendous crash at Jerez!

We wish the world champion the very best in his recovery! 💪#SpanishGP 🇪🇸 pic.twitter.com/BOSmDo7dfG

That’s when the first mistake of the rehabilitation process was made. In an attempt to get Marquez back into action as soon as possible, the repair job to his arm was done with strength in mind above all else, adding more metalwork than strictly necessary and setting him up for the following week’s drama.

Because, only five days from major surgery to reconstruct his arm, Marquez was back in action for Saturday practice at the second Jerez race, attempting to limit the damage to his championship hopes by scoring whatever points he could.

In the end, the number was zero.

The pain in his arm forced Marquez to withdraw from the weekend after 18 slow laps in that practice session – but the damage was already done.

Officially, it was opening a french door at his house later in the week to allow the dogs out that snapped the titanium plate holding his humerus together, but with the stresses of riding a MotoGP bike having already been forced through the too-stiff repair, the real damage was done at Jerez and not at home. 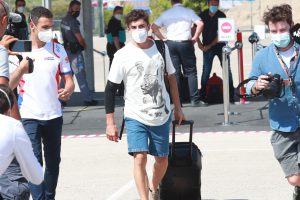 That damage was extensive, too. Snapping both the plate and the bone, it meant a second surgery to repair the new damage, and this time it came with a much longer period of recuperation.

And even once sidelined for the foreseeable future, it turned out that there were worse problems still to come for Marquez.

Subjected to such severe stress in a short period of time, the bone in his arm subsequently refused to heal and repair, forcing him into a third surgery in December, this time to graft a piece of his pelvis into his arm as a scaffolding to encourage bone regrowth.

A success in the end, even that wasn’t a straightforward process after an infection in the arm left him in hospital for 10 days of IV antibiotics before he was finally released to start his recovery properly.

Recovery, in this case, that has meant three months of rehabilitation and physical therapy, as he attempted to build up the strength in his arm after half a year of having it fully immobilised.

There have been regular doctors’ appointments, regular updates, and, finally, this morning’s news that he will now be ready to return to action next weekend at Portimao, 265 days since last riding a MotoGP bike in anger and 516 days since he last finished a race.

So what has this saga taught us about Marc Marquez as we’ve watched from the sidelines?

Well, to a degree the honest answer is not much, thanks to both a lack of track time and the radio silence from within his camp over the details of his recovery.

He’s already ridden a MotoGP bike of sorts, testing the production racer version of Honda’s RC213, the V-S, at both Barcelona and Portimao, but with no lap times released and no one else on track, it’s hard to take much from those outings.

And since mid-July last year, he’s spoken to the media just once, at the team’s launch back in February. 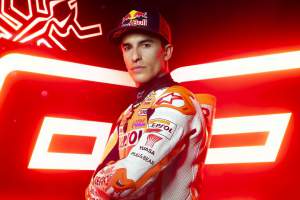 That was at least a revealing chat, as Marquez hinted that he was well aware mistakes were made in the handling of his injury and recovery. He told us that he’d continue to be cautious and not rush his return, and that’s a pattern that we’ve seen continuing since then.

It’s hard to know what that’ll mean for him on-track.

Will we see a more cautious rider there too, as well in his pre-race preparations? Will he slot right back into his normal place not just as a dominating force, but as one of the most aggressive riders in the field too?

My gut feeling is that at the very least it’ll take some time for him to return to his best.

Just look at last weekend’s Doha Grand Prix, and the attention-grabbing scrap between Jack Miller and world champion Joan Mir. It’s the sort of thing that Marquez would have loved in 2019 – but with a newly-healed arm, will it take him time to find the confidence to get involved in something similar at Portimao?

Or will he simply return where he left off during that epic charge through the field at the first race in Jerez? Will he be able to put the mental demons of the past few months behind him and resume business as usual?

The only thing that we can guarantee from modern MotoGP’s greatest showman is that it’ll be highly entertaining to find out.