Sep 23 2022
By Valentin Khorounzhiy
No Comments

Aprilia’s massive rate of MotoGP improvement has added an unusual complication to its Japanese Grand Prix weekend at Motegi, as explained by Aleix Espargaro.

Espargaro looked to be struggling for much of the sole 75-minute Friday practice session, though ultimately salvaged a fourth-place finish late on – which is important to his title hopes as it may have secured him an automatic Q2 spot, given Saturday morning practice is expected to be wet.

“We struggled a little bit the first two runs because the bike was super far, in terms of electronics, in terms of power delivery,” Espargaro said. 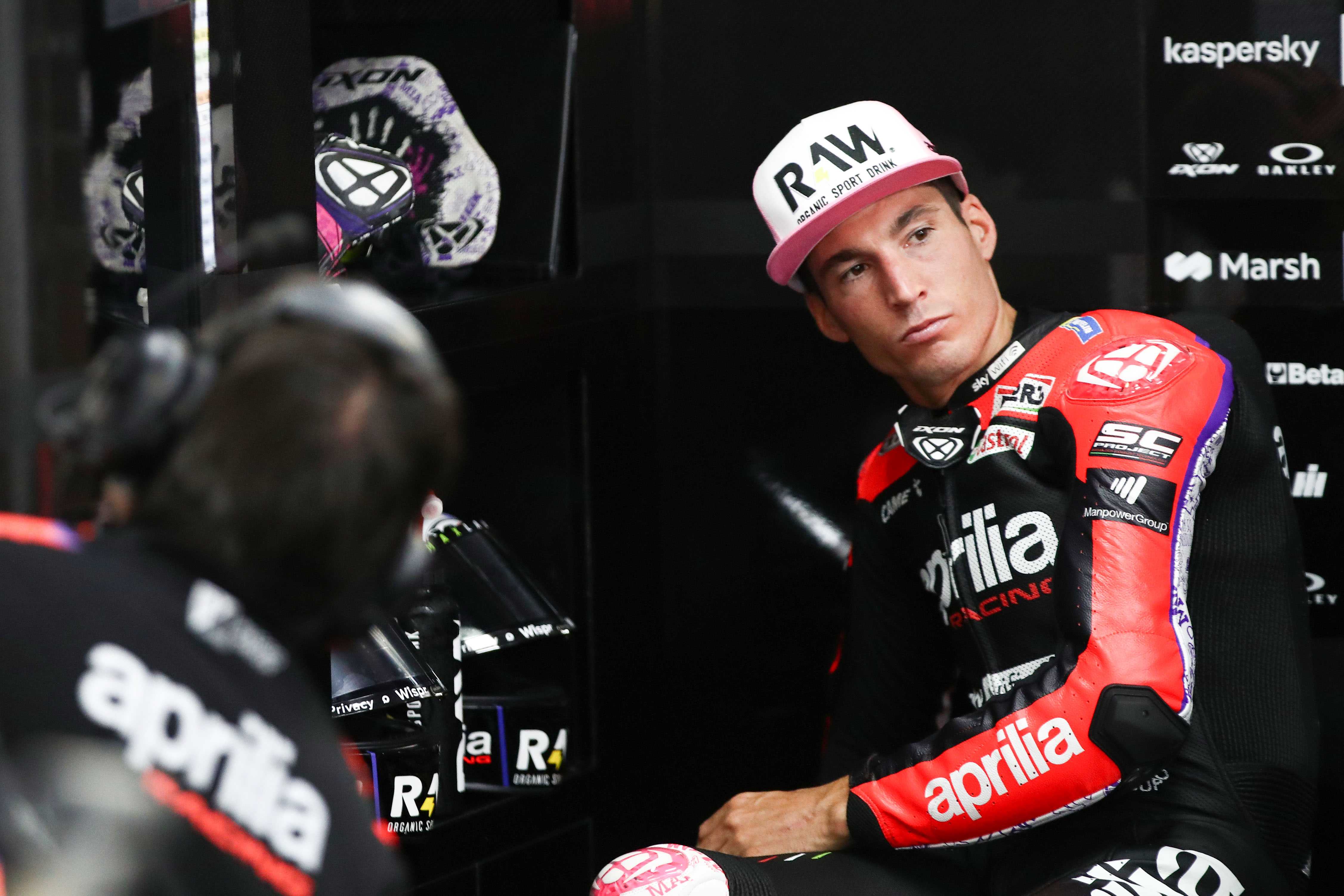 “I was quite angry with the engineers but they told me that they tried to adapt as much as possible the 2019 information to 2022. But it’s unbelievable how much the bike changed.

“How much we raised up the power, the wheelie was a big problem in 2019, now it’s less than half. So for them was very difficult.”

Aprilia has not done any testing at Motegi, unlike some of its rivals, and the last time the RS-GP was at the Japanese track it was an extremely different bike, as it underwent massive changes the following season. 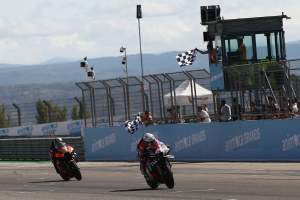 “Everybody dropped half a second, we dropped almost 1.5 seconds,” he said.

“I don’t know if Romano [Albesiano, tech chief] will show you, you can try! – [but] if you see the geometry, the bike measurements… we put on top the 2022 bike [over the 2019 data], it’s like a motocross bike and MotoGP. It’s completely different.

“It was super high, the position of the engine also super high in 2019. Now it’s completely another bike – longer, plus the aerodynamics. It’s crazy how the bikes changed from 2019 to 2022, crazy; especially the Aprilia.

“It’s another bike. The power delivery is a lot higher. But you are able to use it. The torque is completely different, the aerodynamics. 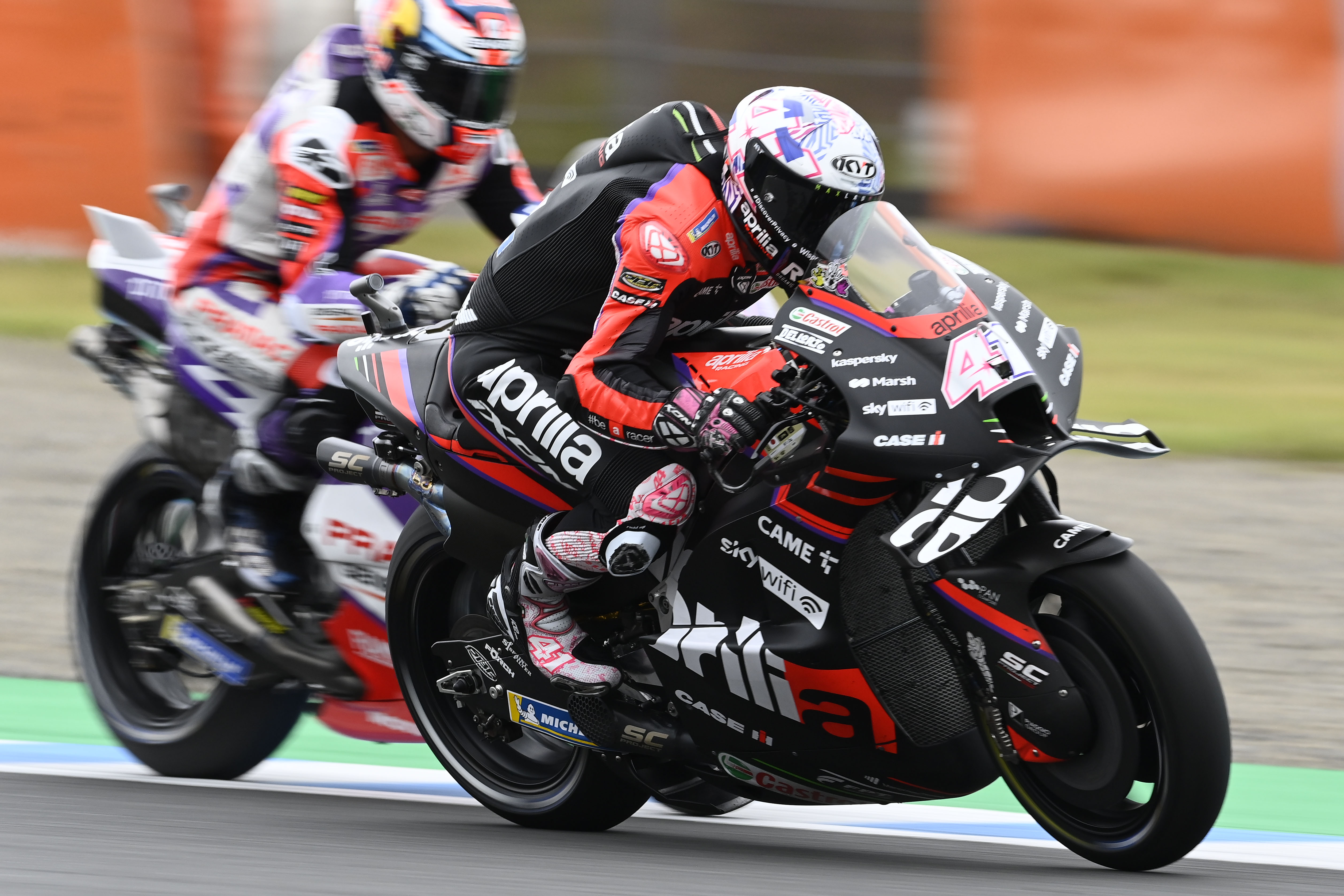 “It has been difficult for them to set up the bike. But in the last part of the session the bike was quite good.”

Espargaro also reiterated the lack of problems with wheelieing was “crazy” given how bad it was for the predecessor bike at Motegi.

He stressed the track was still “not the best for us at all”, given its “stop-and-go” nature and the fact Aprilia is at its worst when the rider has to brake upright. 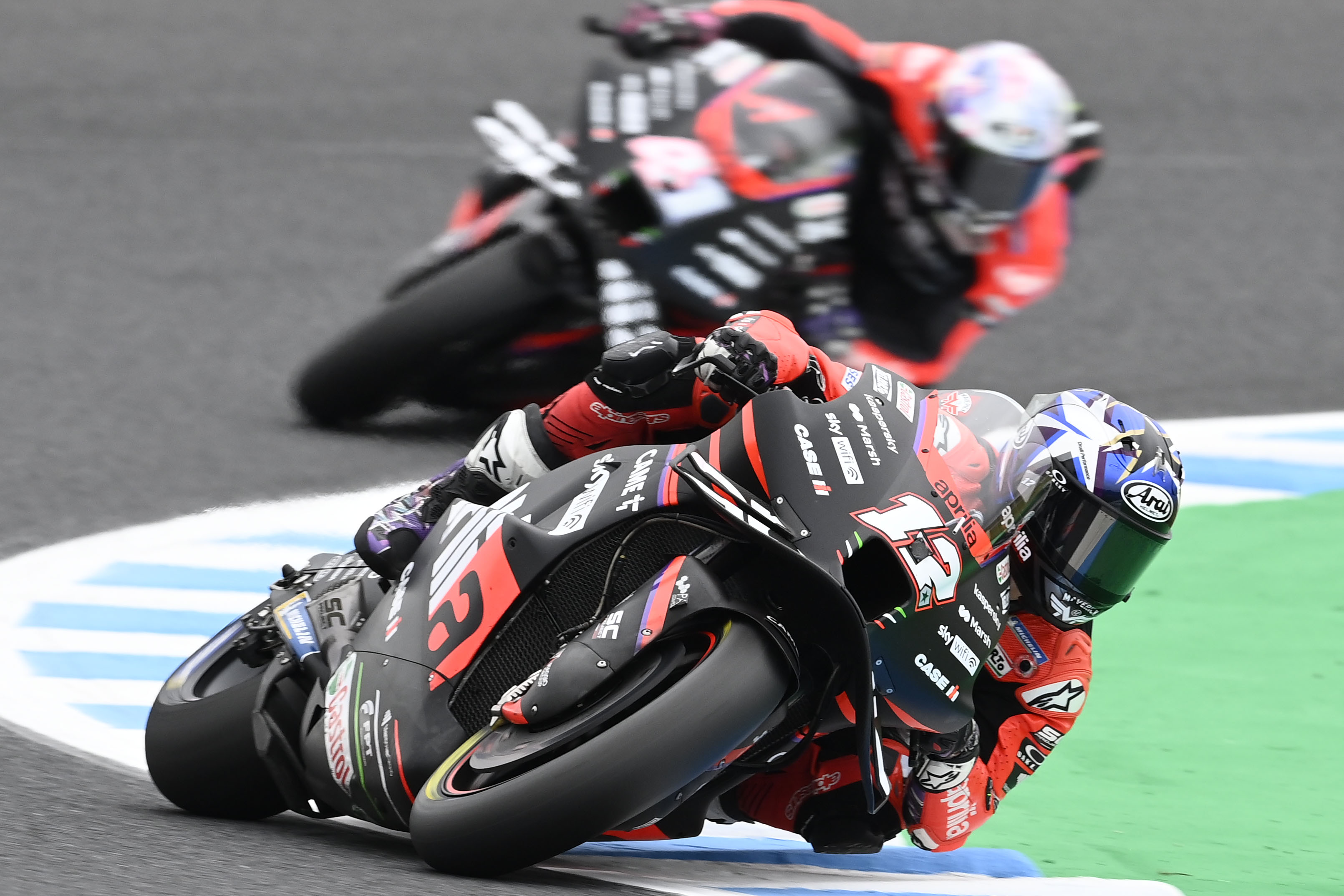 But the pace it delivered still left him content – and the same was the case for team-mate Maverick Vinales, who described it as “very good, honestly”, especially in terms of race pace.

Vinales towed Espargaro during their final practice runs, helping Espargaro to fourth place while himself managing to sneak into the top 10 by 0.001 seconds.

“I pushed Aleix because he must be in front,” said Vinales. “If I can help him a little bit, especially in the last sector with the slipstream [on the 762-metre long back straight], it’s fantastic. Anyway, I think we both can be very competitive here.”