KTM vs Ducati over Espargaro and Zarco’s controversial clash

KTM’s Pol Espargaro and senior Ducati management have clashed in the aftermath of Espargaro and Johann Zarco’s collision in MotoGP’s Czech Grand Prix at Brno.

Contact between the factory KTM of Espargaro and the Avintia Ducati of former KTM rider Zarco left Espargaro on the ground and out of race victory contention, and a subsequent penalty left Zarco unable to finish higher than third.

The controversial clash came just before half-distance, with Espargaro running wide and Zarco subsequently making a move to overtake him.

“I knew we had the win and someone took it from us. He could have avoided contact but he didn’t want to” :: Pol Espargaro

They made contact as Espargaro cut back across Zarco, who did not alter his line and was unable to see Espargaro as he hung off the opposite side of his Ducati.

But Zarco was punished with a trip through MotoGP’s long lap penalty loop.

Having been closing in on the leading duo of Franco Morbidelli’s Petronas SRT Yamaha and his team-mate Brad Binder, Espargaro was left fuming after the incident, believing that his 2019 team-mate Zarco had cost him the chance to take KTM’s first ever MotoGP victory – something that Binder was eventually able to do. 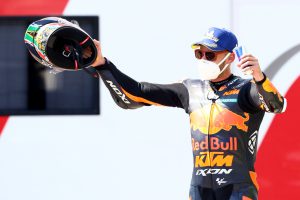 “What happened was really unfair for our side,” Espargaro fumed after the race.

“The race was good and I was just sitting there managing the electronics and watching the guys burning their yres, knowing that I could fight for the win in the final laps.

“I was relaxed, riding easily.

“I couldn’t show my potential, I couldn’t win KTM’s first race, and even though it shows that my work over the past four years has paid off, I knew we had the win and someone took it from us.

“He could have avoided contact but he didn’t want to.

“He gave the bike some gas when he didn’t have to, he took the win away from us. All he got was a long lap penalty at a track where it is a joke, and he still got on the podium.” 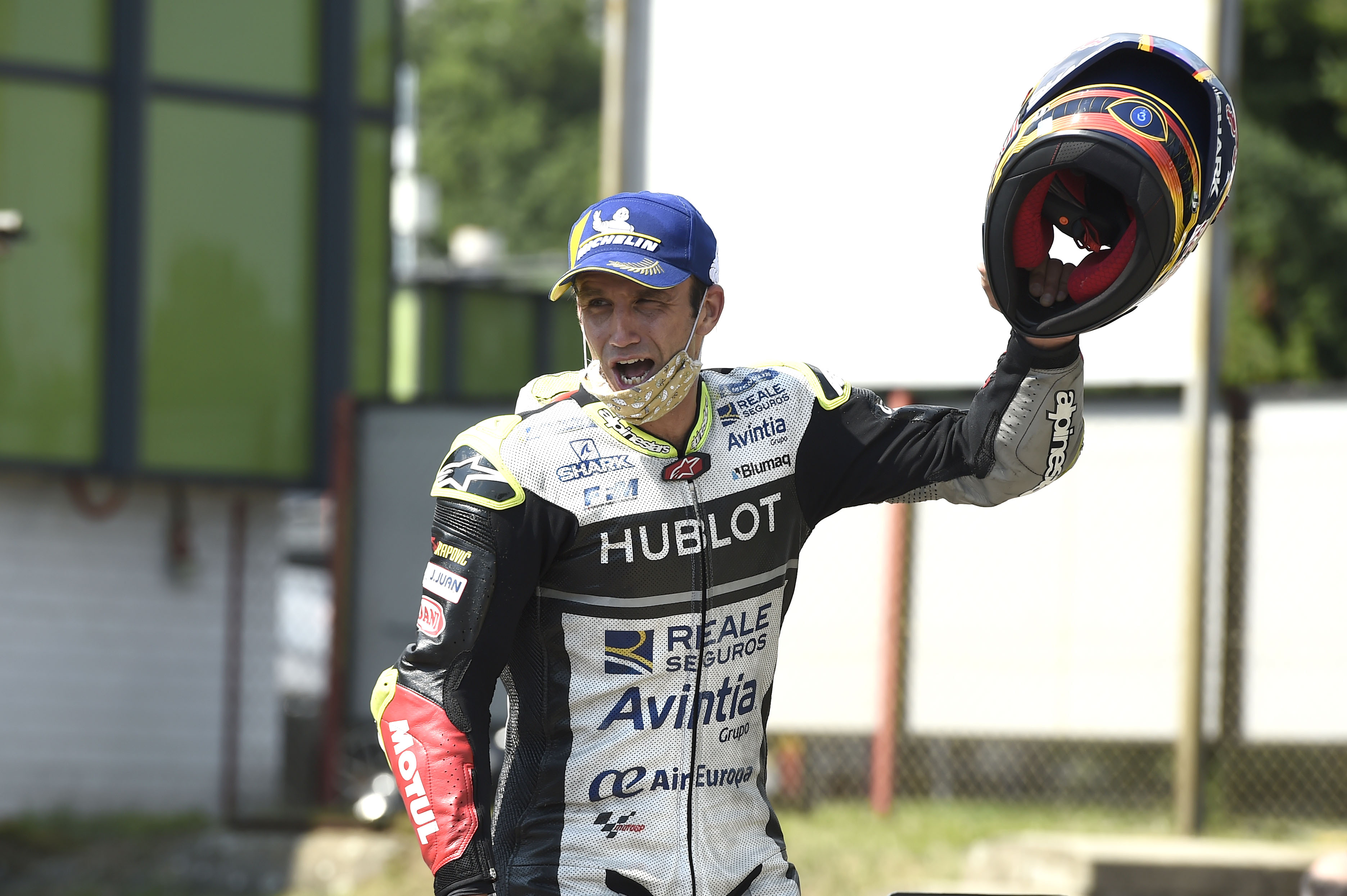 Of course, Zarco didn’t see the move the same way, and was quick to downplay the incident afterwards as a normal racing incident – a view that the vast majority of experts agreed with, with double champion Casey Stoner among the first to defend him online.

“The penalty is fair with the rules we have,” Zarco admitted afterwards, “but he went wide and I went into the space he left.

“I thought I had done it quite well, thinking he had seen me, but it seems like he didn’t.

“In a race you have to try things – we don’t always have a big margin to overtake.

“He is very late on the brakes and fast into a corner, so he is very hard to overtake – but that is also why he went wide.

Where do you stand on the incident between @JohannZarco1 and @polespargaro? 💥

“I was expecting something would happen, and I was actually happy it didn’t initially because it took them a long time to give me the penalty.

“But the good thing is that I didn’t lose any positions. It’s part of racing – it’s not easy when we all have a warrior mindset.

“I deserved the podium but I’m sorry for Pol.”

“Espargaro made the mistake and crashed because he didn’t look before coming back to the line” :: Paolo Ciabatti

He also gained instant cool status from the way he attacked the MotoGP long lap loop, barely easing off on the dirty outside line of the track and completing the punishment while still riding it fully committed and knee-down!

“When I got the penalty i wasn’t fighting with anyone, but knew I had to do it immediately to not lose my concentration,” Zarco explained.

“I was surprised that everyone said I did it amazingly, because I was expecting that I would lose two or three positions! 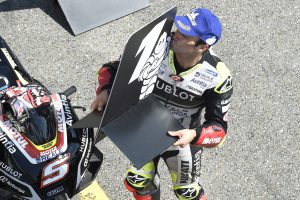 “It’s the first time I’ve rode a corner as wide as this, but maybe the reason I was so comfortable is the Ducati Multistrada that I use every day at home in the city. Many times there are wide corners with low grip on the roundabouts and maybe this helped me today!”

While Zarco might have laughed off the punishment and been content with the podium, his Ducati bosses were less amused.

The Frenchman had been Ducati’s lead rider throughout the Brno weekend – despite riding a year-old bike for the team’s third-string squad Avintia – and factory team principal Paolo Ciabatti was left fuming about the penalty. 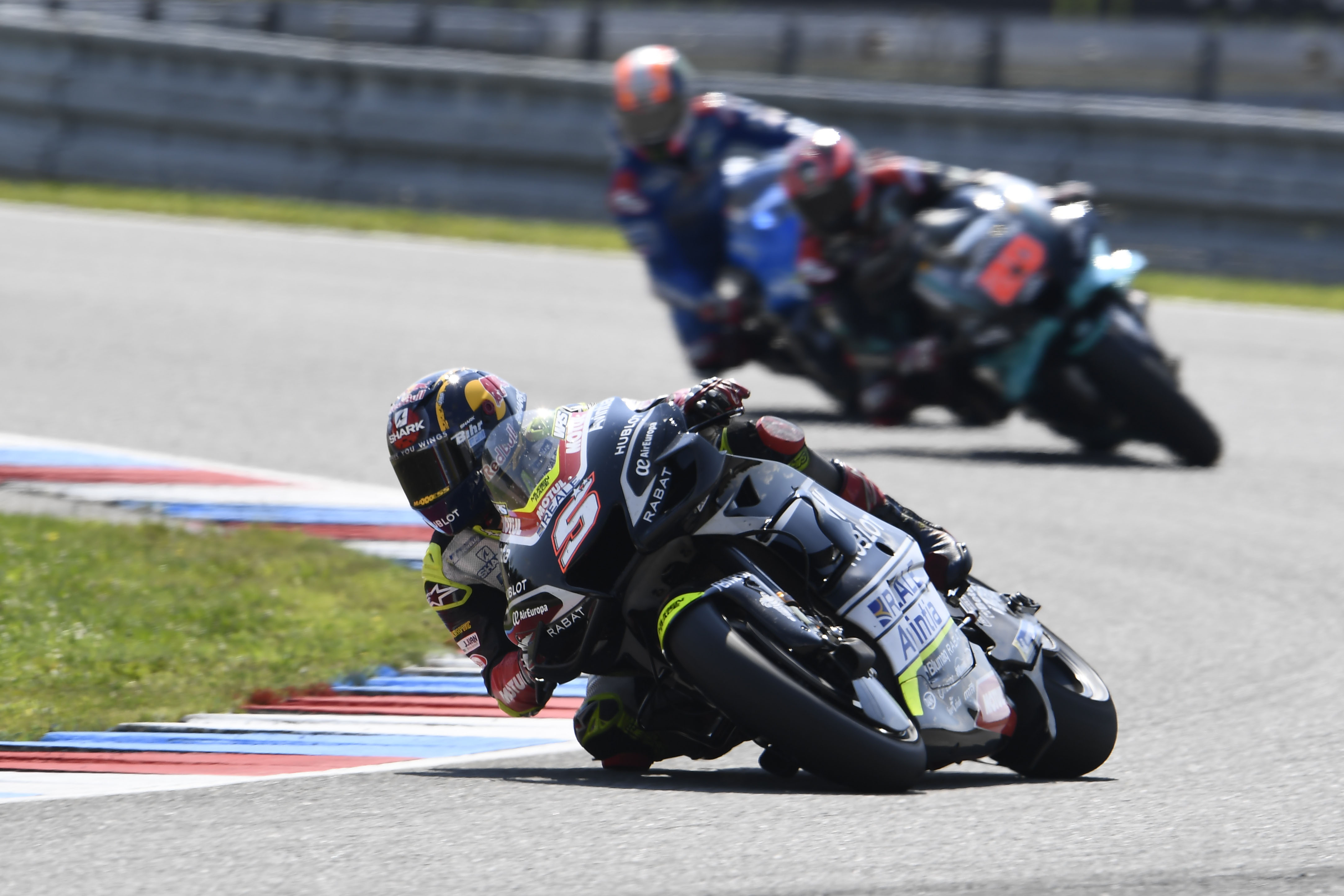 “I think everyone understands why we were so unhappy,” Ciabatti told The Race afterwards.

“It was the totally wrong decision from race direction in our opinion.

“Pol made a mistake and he knew that Zarco was zero seconds behind him because he had just passed his pitboard.

“Zarco just went on his normal line, and when a rider goes wide and has to come back to the normal line he has to look.

“Espargaro came back from being wide and ran into him, and he should have been the one being penalised because otherwise Johann could have finished second.

“That would have been an incredible achievement in only his third race on a Ducati and riding for a private team like Avintia. Luckily he managed to have a third place from [Alex] Rins.” 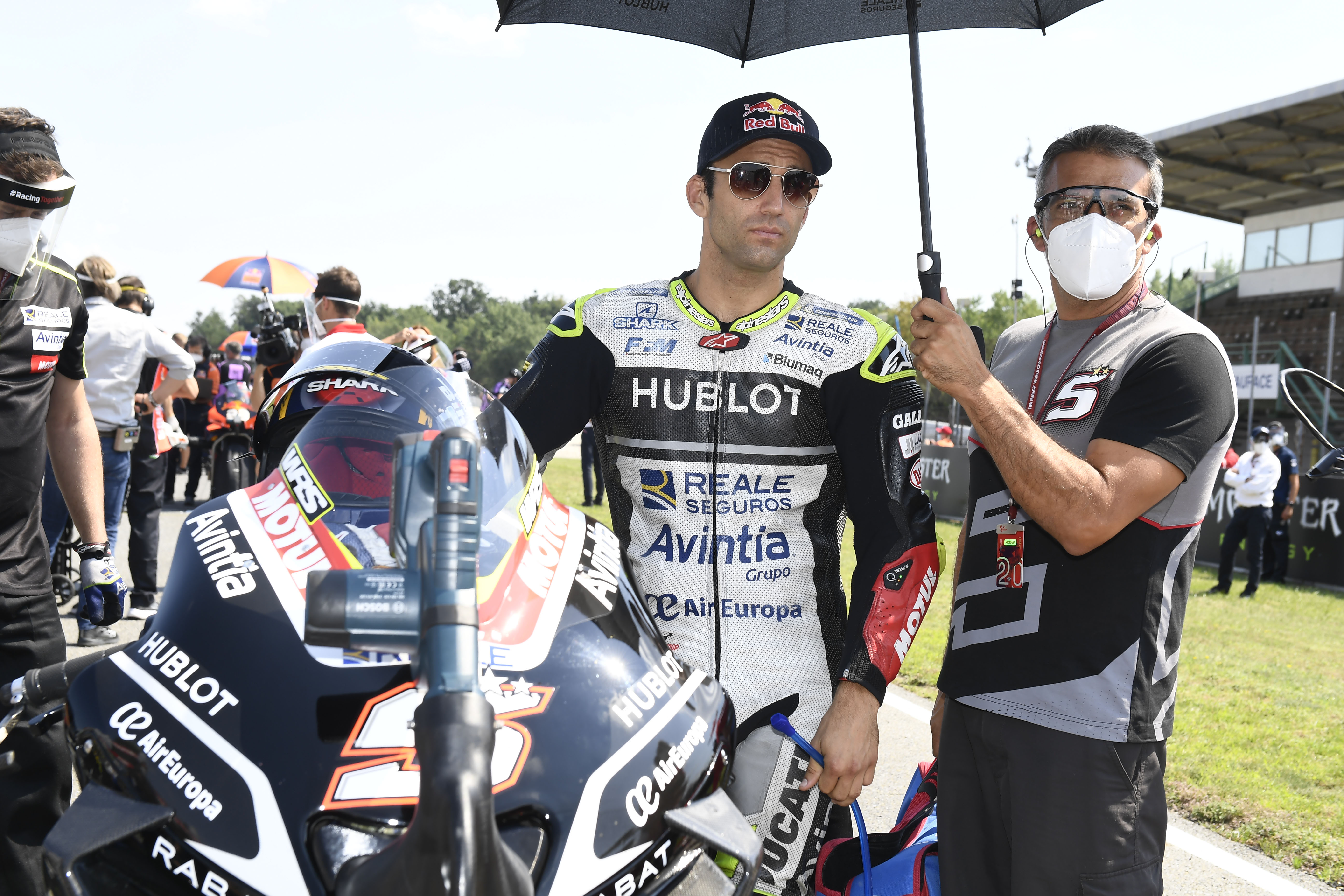 Veteran team boss Ciabatti hit out at race control afterwards, slamming them for the penalty and for the potential second place it cost Zarco.

“In our opinion it was the wrong judgement from race control,” he said.

“We spoke to them and they gave us their opinion, but I think that looking at the images from any angle you can understand that Espargaro made the mistake and crashed because he didn’t look before coming back to the line.”

It comes as the latest in a line of penalties by the FIM stewards panel that have been questioned in recent races, with multiple riders speaking off the record to The Race about what they believe to be dubious or unfair decisions and penalties.

The stewards declined to comment when approached by The Race.