Is MotoGP's next no-brainer rider renewal suddenly in doubt? - The Race
Skip to content
MotoGP

Is MotoGP’s next no-brainer rider renewal suddenly in doubt?

Since the start of a very impressive 2022 MotoGP season in which the Aprilia RS-GP has become a first-time race winner at the Argentine Grand Prix, its 2023 rider line-up has almost looked like a sure thing, with both Aleix Espargaro and Maverick Vinales believed to be all but certain to stick with the team when their current contracts expire.

Espargaro, however, made it repeatedly clear since his breakthrough Termas win that the initial negotiations had fallen short of his expectations.

And another spanner has potentially been thrown into the works thanks to comments made by Vinales ahead of this weekend’s Spanish Grand Prix at Jerez, with the former factory Yamaha ace failing to rule out a switch to another machine should the right opportunity present itself. 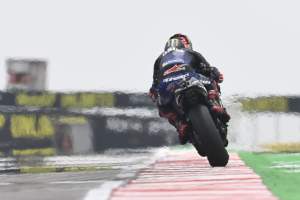 “I would like to take out all I have. In one season. To see what I’m able to do. I try sometimes but I could not do it. I want to do it. I don’t want to stop without doing.

“Because I try different bikes, I feel myself very strong also with another bike. Depending on the place you are, your objective is only one – and if you’re not doing it, you think ‘it’s myself, it’s the bike, it’s the team, I don’t know, blah blah blah’. When I try another bike that [in theory] should not be at the same level, I’m same fast or more, so this honestly makes me very calm.”

That’s even despite admitting that he’s still struggling to adapt to the RS-GP and its very different V4 engine characteristic compared to the inline-four he rode at Suzuki and Yamaha previously. 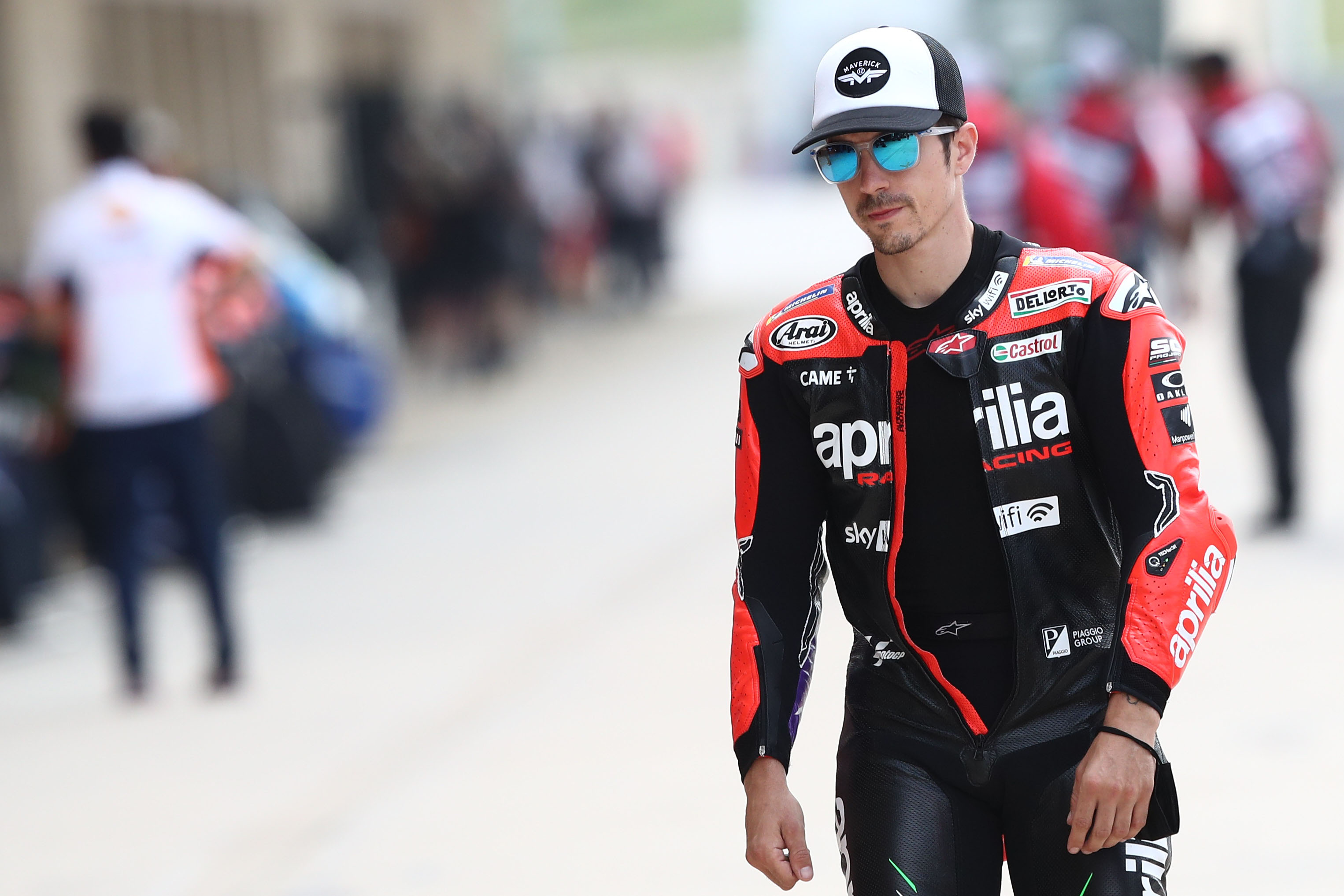 “I don’t know,” he said when asked if he was put off by the idea of starting from scratch at yet another marque. “I don’t know. Honestly. Starting or not from zero, my only objective is to take my maximum potential out. It’s what I want, it’s what I really need. And we’ll see, it’s a long season, nobody’s moved yet, so… we’ll see.

“What I can say is that I feel good in the team, I feel with a lot of work maybe I’m able to do it here – but ‘with a lot of work’, it’s normal. The group is very new, they were used to being with very different riders than I am. Also, the team has to become one. It’s coming.” 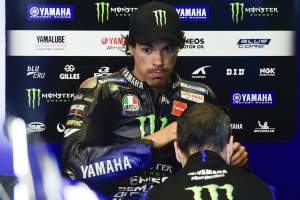 What options are open to him on the grid is unclear, however, as more and more teams bet on younger talent rather than more established riders. The doors look completely shut at Ducati and at KTM for him, thanks to their stacked talent programmes, while Yamaha is absolutely off the cards thanks to his high-profile departure from that team in the middle of 2021.

Honda seems like it would be an uncertain fit for the Spaniard, and it’s hard to see that Vinales would be a better bet than either current rider Pol Espargaro or the two names also linked to the team – 2021 world champion Fabio Quartararo and his predecessor Joan Mir.

Should Mir leave Suzuki, there’s potentially an opening for Vinales to return to his old team, of course – but with that factory traditionally betting on young talent, it’s more likely that it would look at a Moto2 option or one of the younger MotoGP riders on the current grid like 2022 double race winner Enea Bastianini, one of the names already linked to the Hamamatsu factory. 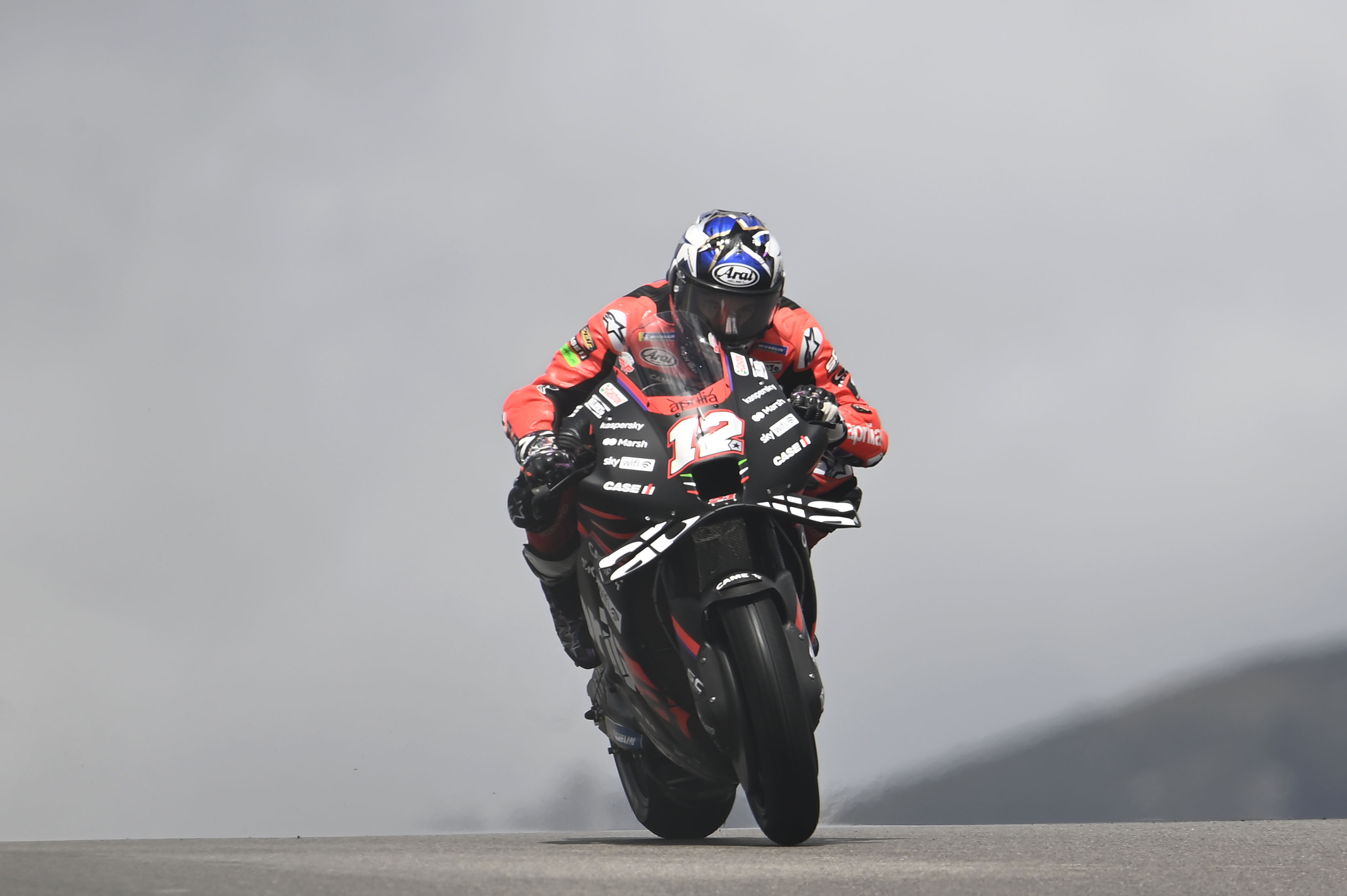 On the other side of the garage, team-mate Espargaro slightly dialled back his own comments from last weekend about being in talks with an unnamed Japanese manufacturer – most likely Yamaha – with the objective of joining its satellite program or being lined up as one of its plan B moves should Quartararo depart.

Speaking at Thursday’s pre-event press conference in Jerez, he admitted that the issue with Aprilia is less that it’s not been able to agree on terms yet and more that it has simply not yet really sat down at the table to flesh out a concrete deal.

“I’ve said in the past that I would like to do two more years in MotoGP,” he explained, “and I would like to do that with Aprilia. But I don’t really have a clear offer yet, that’s the reality. It depends on me: all I can do is try to be fast on the weekends, try to win more races, to finish more times on the podium. Then we will see the situation and the market, see how it goes.”