Is MotoGP's impending 2023 talent logjam a concern? - The Race
Skip to content
MotoGP

With more than half of the 2023 MotoGP grid now set in stone, it seems that it’s going to mark the lowest graduation rate from Moto2 into the premier class since 2016 – but is that mainly due to exceptional circumstances centred around Suzuki’s shock withdrawal from the sport, or is there more at play going forward?

It’s still not yet confirmed, of course, but it looks increasingly likely that the only rider to step up from the middleweight series to the premier class next season will be Japanese rider Ai Ogura, who has been widely tipped to replace Taka Nakagami at Honda’s dedicated Asian talent seat at satellite team LCR.

With Ogura therefore set to automatically win the 2023 rookie of the year title by default, it’ll be the first time that something similar has occurred in seven seasons, since former Moto2 champion Tito Rabat ran ‘unopposed’ when he joined MarcVDS Honda for the 2016 season.

In more recent seasons, the turnover has been substantially higher, however. 2022’s rookie class of five Moto2 riders has set the bar high, but the three previous seasons have also seen an influx of new talent, with 10 riders from Moto2 joining the class in those three years.

And while Ogura has absolutely been one of the standout performers in Moto2 this year, he’s most definitely not the only rider who should be being considered for a MotoGP seat next year. 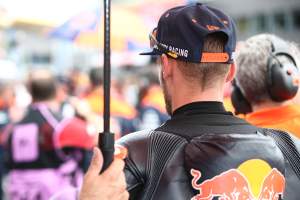 He currently sits third in the championship standings, only a single point off the leaders’ position shared by Celestino Vietti and Augusto Fernandez, while Aron Canet (unlucky with incidents and injuries outside his own control) sits a further 30 points back on the trio at the halfway point of the year.

Eleven races into the season, Ogura has actually taken only a single win, while Vietti and Fernandez have three apiece. 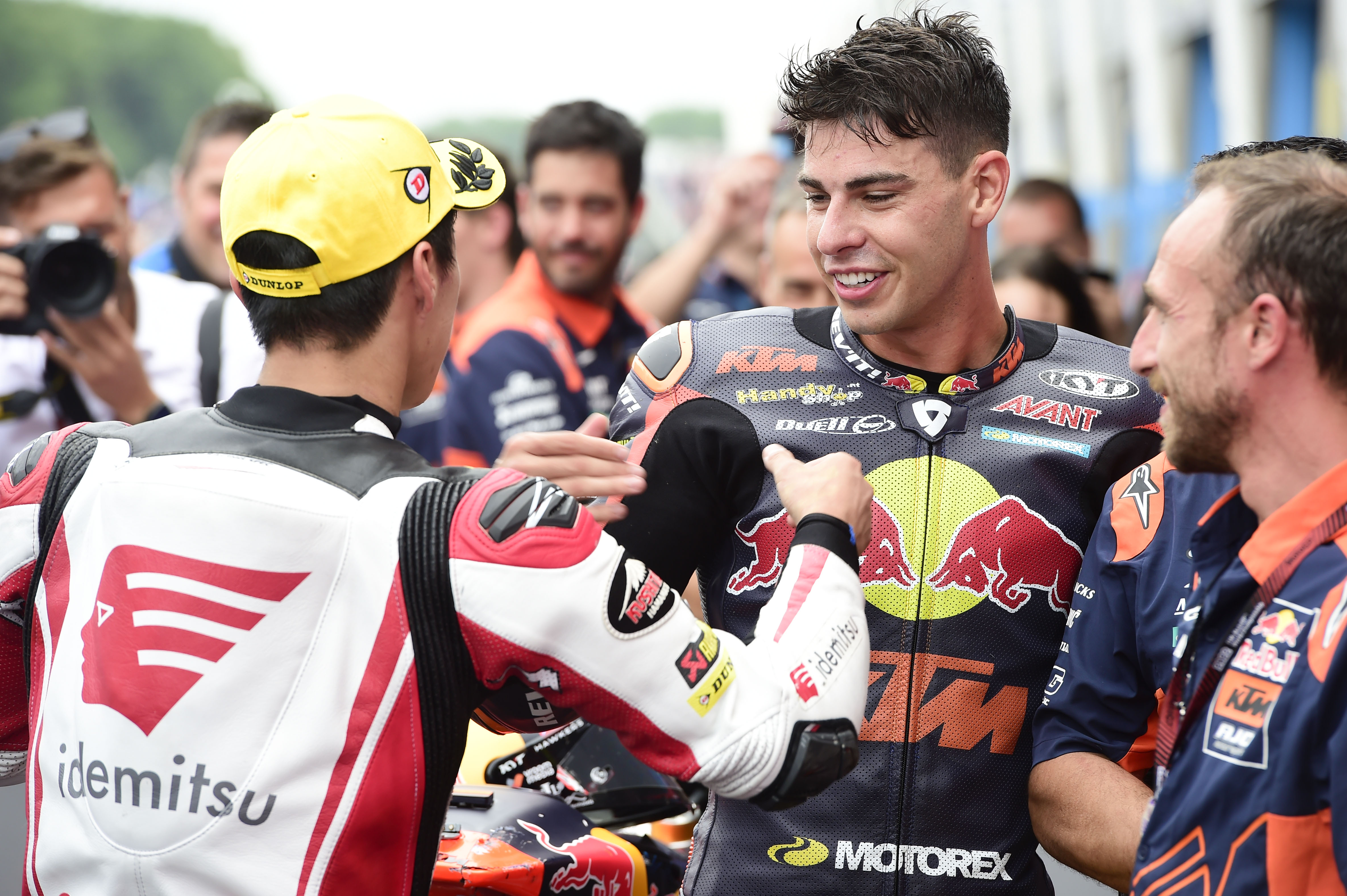 Of course, it makes sense that Ogura getting the nod to step up and replace the struggling Nakagami in MotoGP next year, thanks to Honda’s laudable desire to ensure that there’s always a place for a fast rider from its home country should one be available.

Nakagami, now a seven-year veteran of the class, has struggled in 2022 even more than he did in 2021, while the podium contention of 2020 – a year where he threatened on multiple occasions to win races – seems but a distant memory. 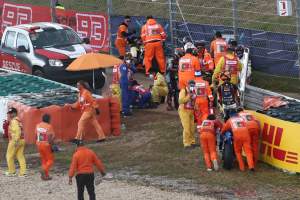 But given the level of competitiveness in Moto2 in 2022, a season in which the class has consistently delivered its best racing in years, why aren’t the likes of Vietti, Fernandez and Canet also being considered for a move up?

One of the factors is certainly the shock withdrawal of Suzuki. Cutting two places from the grid and unexpectedly putting both Mir and Alex Rins into the riders’ market when both initially seemed content to stay at Suzuki has shaken things up – but the reality is that while it’s had an effect, it’s perhaps not the biggest issue facing Moto2 riders.

Rather, what we’re going to see in 2023 is a result of the significant shift in the grid layout that has happened in the past few seasons. Those 14 new riders to enter the class since 2019 (plus direct-from-Moto3 rookie Darryn Binder) have replaced a generation of talent who arguably lasted far longer than anyone expected them to in a class obsessed with youth. 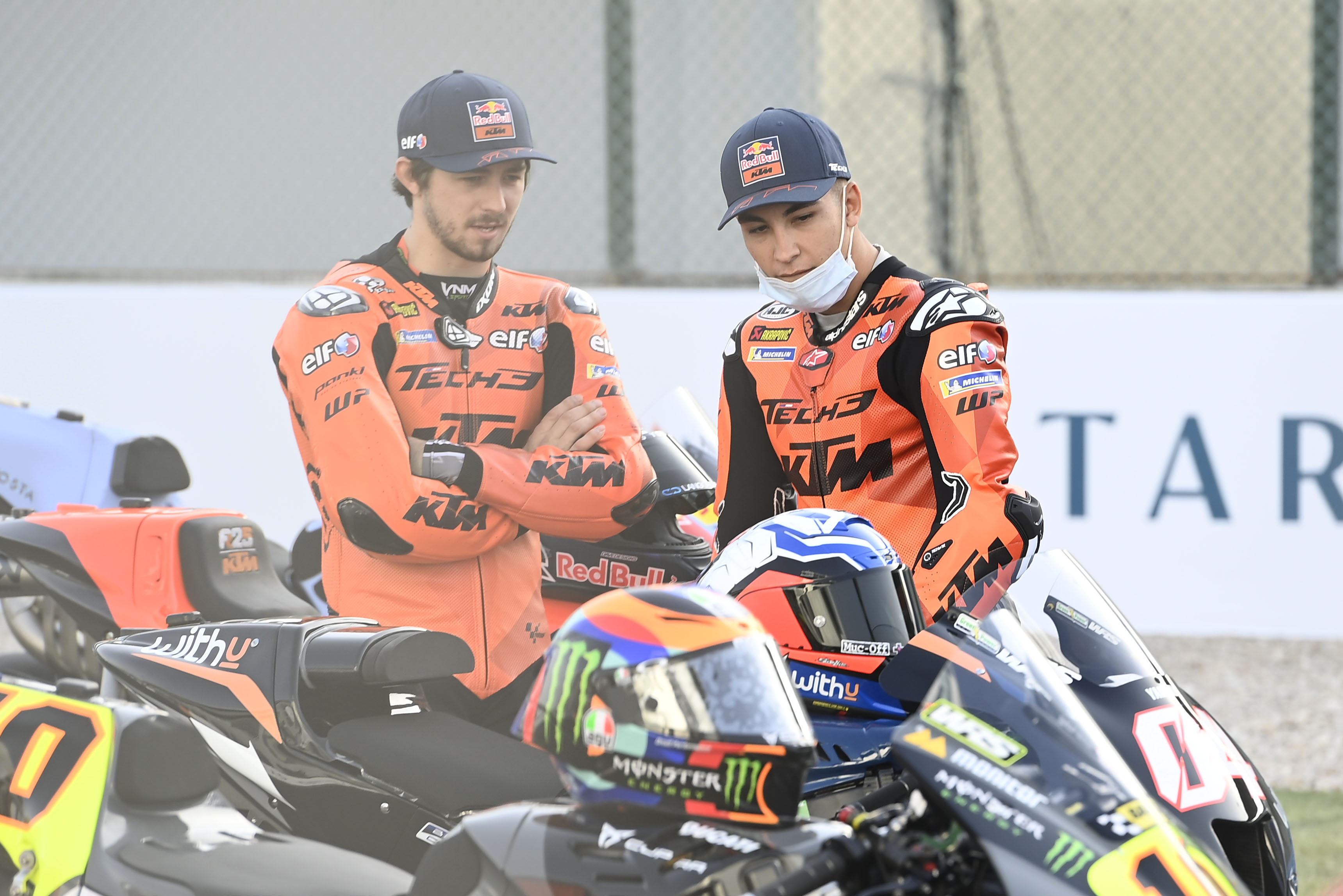 Replacing the likes of the retiring Valentino Rossi, Jorge Lorenzo, Andrea Dovizioso (briefly) and Danilo Petrucci, it represented a major swing in the formation of the grid – and reduced the average age of riders by a decade in the process.

That means bad news for up-and-coming Moto2 stars, as the attritional rate of new entries into MotoGP now slows to a crawl.

Sure, Vietti is in the VR46 pipeline and will be first in line to join Rossi’s MotoGP team when either Marco Bezzecchi or Luca Marini move on, and there will always be space made wonderkids like Pedro Acosta.

But a massive changing of the guard is increasingly unlikely, something evidenced by the new two-year contracts offered to the series’ veteran riders like Jack Miller, Maverick Vinales (both just 27 years of age!) and Aleix Espargaro,

Simply put, it’s a bad time to be a Moto2 rider looking to step up – but it does mean that the ones who do make the jump in coming years will certainly be riders to watch.