How Miller would feel about a demotion back to Pramac Ducati

Ducati MotoGP rider Jack Miller has admitted that he’s not averse to stepping down from the factory squad to first-tier satellite squad Pramac for 2023, if that’s what it takes to remain part of his employer’s premier-class line-up.

The Australian’s pronouncement comes as speculation increases about his days in factory red being numbered – something not helped by another strong weekend for heir apparent Jorge Martin.

In theory, it was Miller who enjoyed a better weekend out of the pair at the Grand Prix of the Americas, taking third place in the race behind Enea Bastianini and Alex Rins, while despite qualifying on pole position, the best Martin could manage was eighth at the chequered flag. 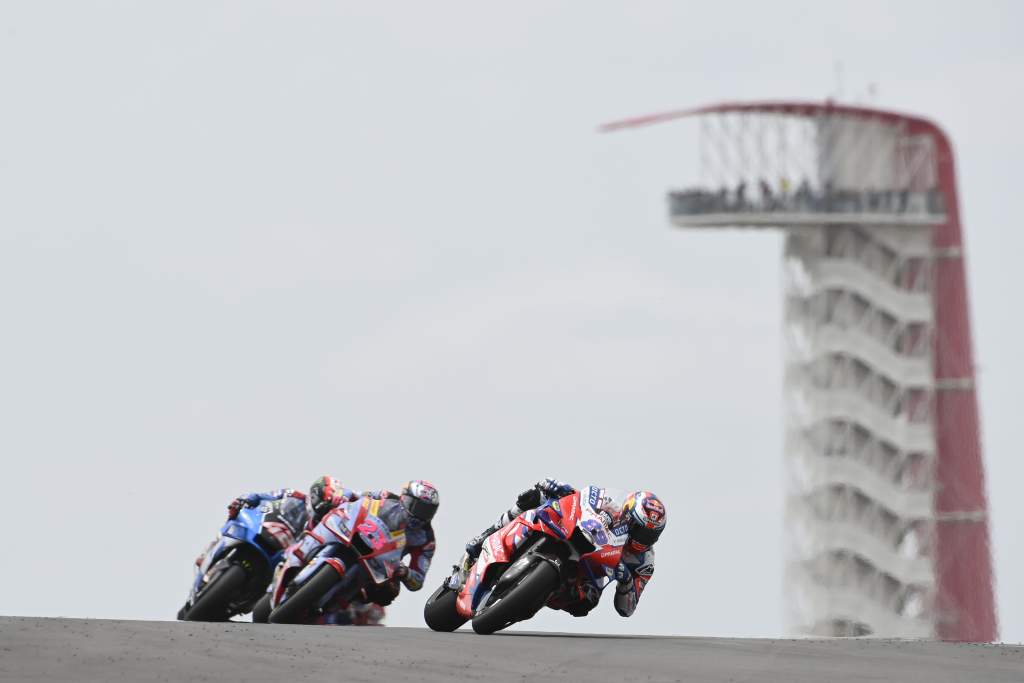 However, three years younger than Miller and a race winner in his rookie season last year with the satellite Pramac Racing squad, 24-year-old Martin has nonetheless established himself as Miller’s likely successor.

Now into his eighth MotoGP season and his fifth on a Ducati, Miller continues to display inconsistent results that can range from podiums at rounds two and four this year to ‘the most embarrassing’ race of his career last time out at Argentina’s Termas de Rio Hondo circuit.

Still very much in the dark about his actual MotoGP future, however, as Ducati continues to figure out who will join the already-signed Pecco Bagnaia in its factory garage next year, he says he’s not thinking too hard about what comes next even though it’s something that continues to hang over him. 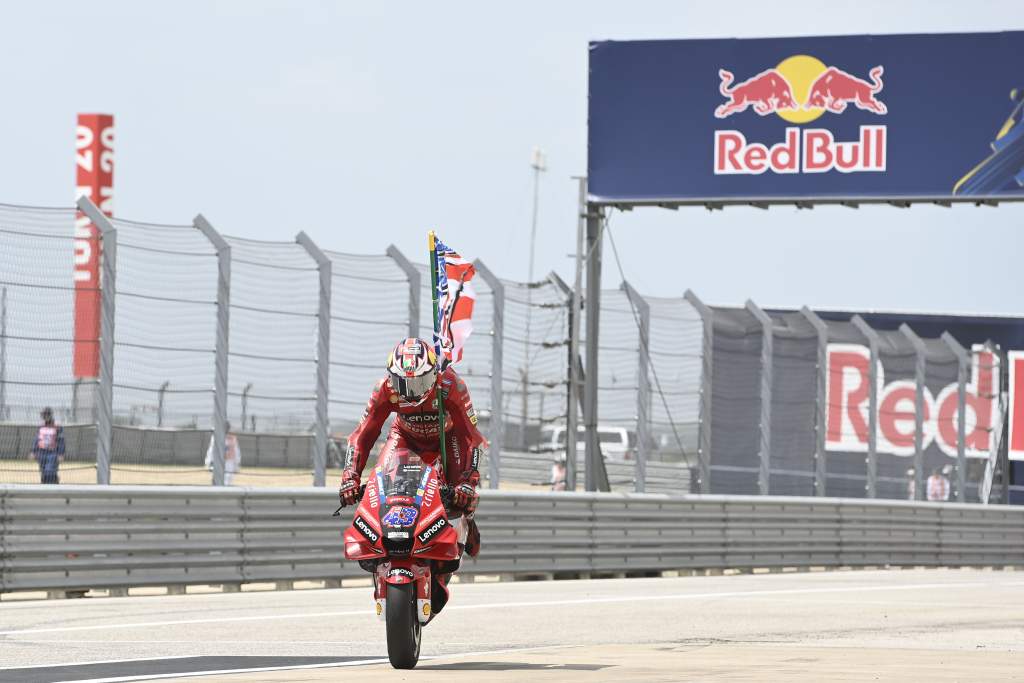 “I’m just here to ride my motorbike and do the best I can. That’s all,” said Miller after the third-place finish at Austin on Sunday.

“If I get a job next year with Ducati, it is what it is, but I want to stick around.

“I love the group that I’m with. I’m just going to focus on the here and now, doing the best job I can this year.”

When pressed on the issue by The Race in the podium press conference, Miller did concede something: that he would be happy to do a straight swap with Martin and return to the Pramac squad if it ensures that he remains in MotoGP beyond the end of his current contract expiry at the end of 2022. 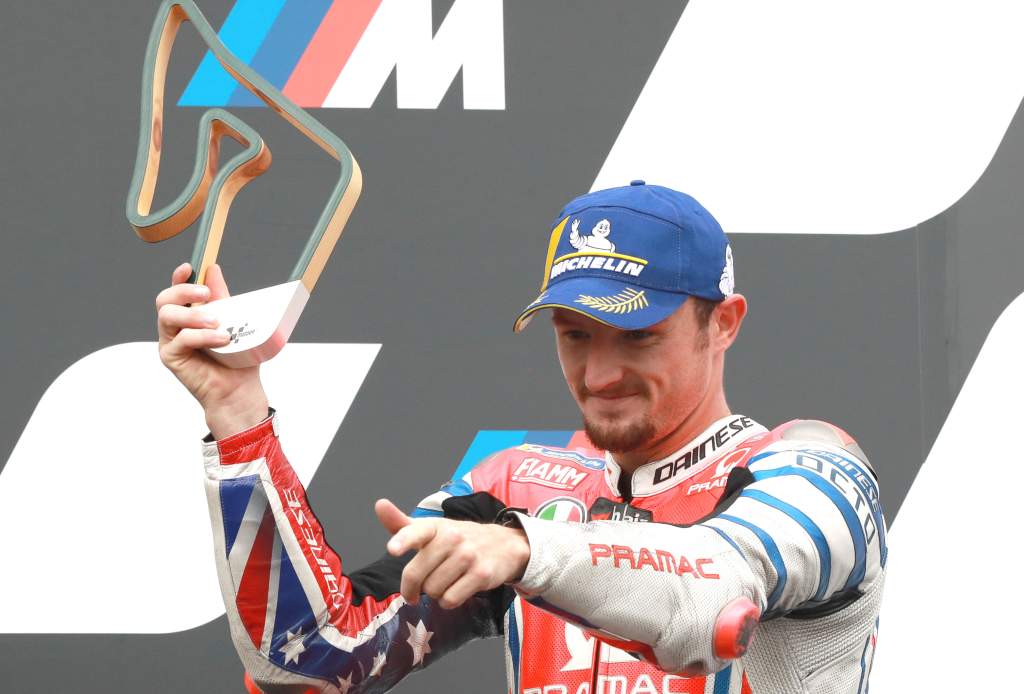 Miller rode for Pramac from 2018 to 2020 before his promotion to the factory to replace Andrea Dovizioso, and had a good time with the team, scoring nine podiums with it in total and peaking with seventh in the 2020 championship.

“I wouldn’t care,” said Miller of a potential downgrade to Pramac.

“As you can tell, all the bikes are good, they’re fantastic, and I know for a fact that they’ve got the same equipment as me.

“It doesn’t bother me. As long as I’m in MotoGP, getting to live my dream, then that’s the main thing.

“Getting the opportunity to fight for podiums and be here with all the fans, living my dream – that’s the main thing.” 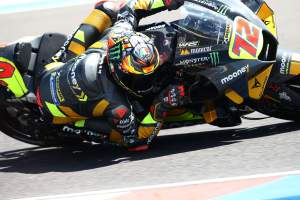 Ducati has already unearthed its next MotoGP gem
Read more

A Miller move to Pramac wouldn’t just be a pity effort from the factory management either, but would allow him to return to a spot where he played a crucial role for the factory, and where the impact of his change of position is only now becoming really apparent.

Just as Danilo Petrucci was before him, Miller was something of a racer-tester at Pramac. It was on his bike that much of the early development for Ducati’s revolutionary holeshot device was done, alongside a host of other development duties.

And, with Miller’s current team-mate Bagnaia in particular vocal in recent weeks about how the development workload placed on him during both testing and the early part of the season has stopped him carrying his brilliant late-2021 form into 2022, Ducati might now finally be realising how important Miller’s previous job was. 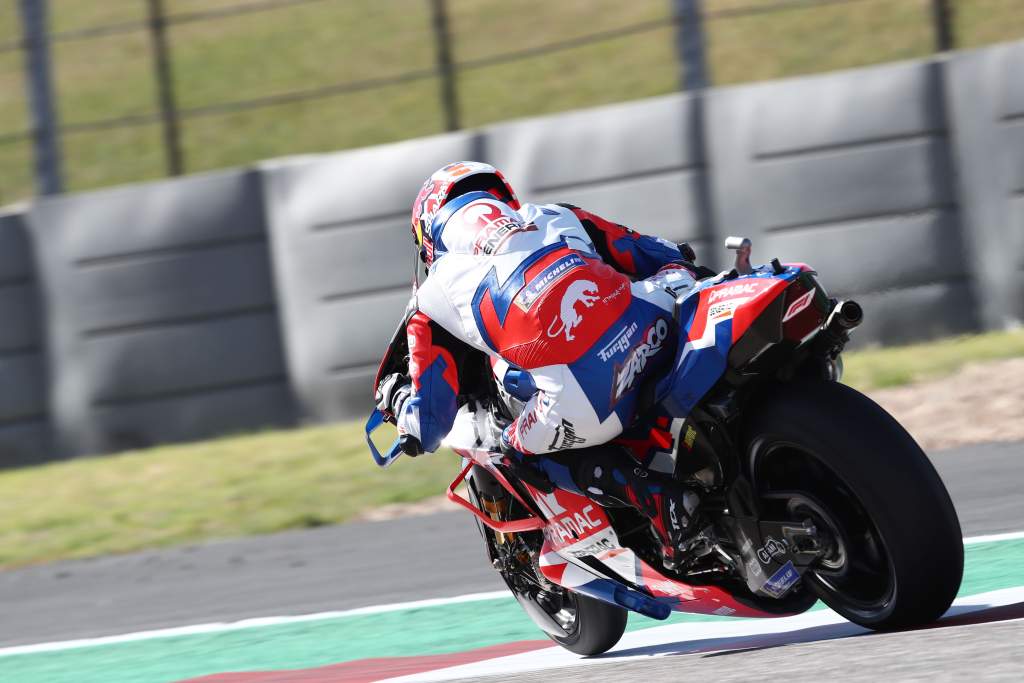 In theory, that role at Pramac was supposed to have been taken on by veteran French rider Johann Zarco.

But despite a huge amount of experience riding for four different manufacturers in the premier class and a strong start to last year that put him in title contention, it seems that Zarco has never quite been given the same duties as Miller for whatever reason.

Should Miller get the nod and return to Pramac, it’s unsure where exactly Zarco would end up, with Ducati believed to be keen to promote Sunday’s race winner Enea Bastianini into the Pramac squad and onto factory-spec machinery as a reward for his incredible start to the 2022 season, where he’s so far won 50% of the races.

That obviously puts Miller up against Zarco for the other seat – and could potentially lead to a rumoured sideways step for double Moto2 champion Zarco to join current World Superbike title leader Alvaro Bautista in Ducati’s premier production racing team.