Repsol Honda team boss Alberto Puig has admitted that the Japanese manufacturer doesn’t yet understand why the temperature of its RC213V bikes went through the roof at last weekend’s German Grand Prix – but that it needs to fix the issue as soon as possible after Stefan Bradl was left with burns from the bike at the end of the race.

With temperatures running incredibly high on the right-hand side in an issue that was initially believed to have been exacerbated by the latest generation of Honda aerodynamics package, Puig instead says it’s a problem that has more to do with heat being radiated from the chassis. 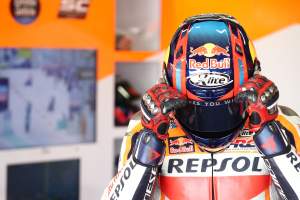 “I wish I could,” he conceded when asked by The Race to explain the cause, “because it’s a problem and we’re suffering a lot with temperature problems affecting the chassis, which affects the riders’ arms and feet.

“We’re thinking how we can make a countermeasure to fix this, because especially on really hot days like last week in the Sachsenring, the temperature is really high and it’s really hard for the riders to ride.”

That statement comes after fresh comments from replacement rider Bradl, currently standing in for Marc Marquez and rode the only Honda machine of four to finish the German GP, albeit outside the points, to mark the first time in 41 years that Honda has failed to score a single constructors’ point in a race it has started. 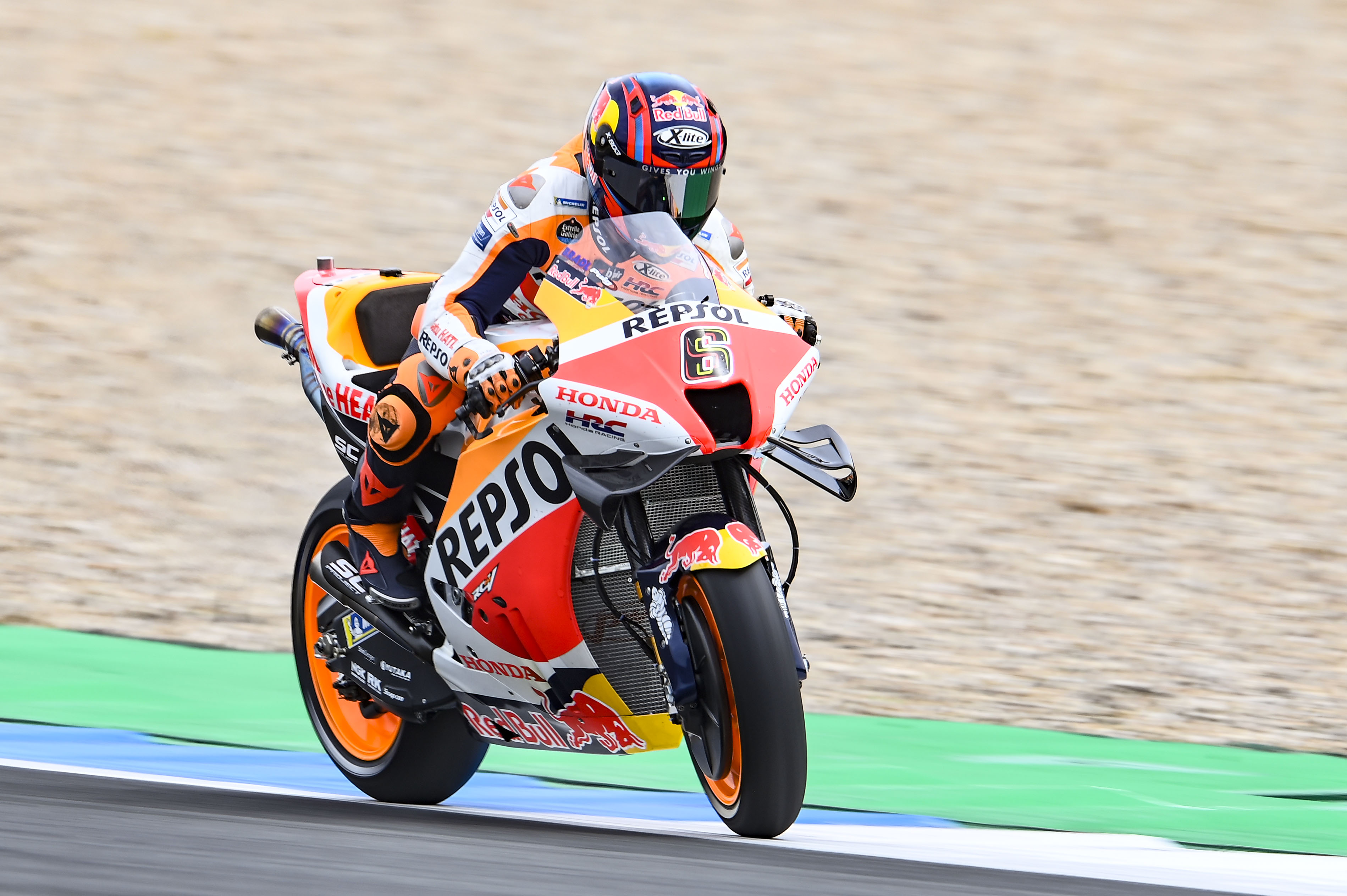 Explaining that it wasn’t the first time that it has happened with the Honda, even if it’s been made more apparent by both the bike and the nature of the tight German circuit, he also went into detail about exactly how hard it was to ride the bike as it became hotter and hotter.

“It started after 15 laps,” the German said, “half of the race, I really started to struggle. This is a problem we know – and OK, Sachsenring makes it really harder because all the left corners mean you don’t get air on the right side, where the exhaust goes out. It’s strange, but in right corners, I could recover a little bit. There’s more air coming to the foot. With all the knees out you get some airflow. 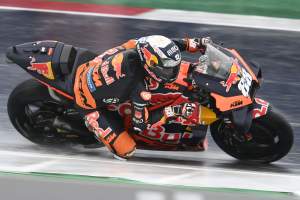 “But in all the left corners, I couldn’t control the rear brake anymore. I just put my leg on the footrest, very loosely. I don’t know why I just finished the race. I was 16th at the end and I was just telling myself that something could happen on the last lap and I could get a point, but in the end, I couldn’t.”

And with the problem now very much out in the open – something he made sure of by posting photos of his burned foot online after the race – Bradl hoping that his call to arms will force Honda into making a correction sooner rather than later before the issue reoccurs.

“This is unacceptable as a rider,” the normally reserved Bradl continued. “I was about to give up, and I’m not a guy who gives up in this kind of situation. But I’ve experienced hot and hard races in my life, for example, Suzuka 8 Hour or Sepang or Thailand – but it has never been like this.

“Usually you suffer with the heat, but it doesn’t burn you or affect your riding. You suffer and you get tired, but you can control the bike.

“This happened and I gave them all my information, so now it’s time for them to do something with it so that we don’t have this problem again in the future.

“From a rider point of view I suffered so bad, and you cannot concentrate on riding the bike anymore. I didn’t expect these problems on the brake lever, with it becoming incredibly hot. You lose feeling, you lose control of the bike. Either I crashed or I had to let the others go and get some fresh air.

“We did what we could do, with preparing my riding gear as much as we could before the race. Already in practice, we put some covers on the bike, and to cover the bottom of my boot and my leg with special tape. We’ve done what we could, but something needs to be changed.”