‘He never learns’ – Zarco in fresh feud as Espargaro hits out

Johann Zarco has invited MotoGP rival Aleix Espargaro to talk man-to-man and clear the air, after Espargaro accused him of “stupid behaviour” and “never learning” in light of a Portimao practice incident.

Zarco came in for some criticism for crossing the track to enter pitlane while his 2019-spec Ducati was emitting white smoke in the closing moments of Saturday’s fourth practice.

“That’s a good question from you to him, and a stupid answer from him” :: Aleix Espargaro

Such smoke often correlates with a bike losing oil, and qualifying – which comes immediately after FP4 – was pushed back by five minutes as track conditions were checked.

When asked about his reasoning on Saturday, Avintia Ducati rider Zarco said: “It’s a mechanical problem, I already got this kind of problem, I knew exactly what the problem was – in that case I’m not losing oil. 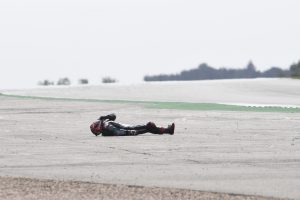 “There is a white smoke on the exhaust coming out, but not oil, so that’s why also I allowed myself to cross the track, and also with the downhill you can see pretty well [ahead], so I was with enough speed to cross quick.

“They did a check for the oil but there was no oil at all. Knowing a bit the mechanics and having had the experience before, that’s why I crossed the track to go back to the pitlane.”

No investigation was announced into the situation, and Aprilia rider Espargaro – who has been critical of Zarco in the past – criticised MotoGP race direction for its inaction.

Once again good job of race direction by no putting any sanction to a MotoGP rider after crossing the track with broke engine smiking oil… Incredible!

When The Race put Zarco’s explanation to Espargaro after the grand prix on Sunday, he replied: “That’s a good question from you to him, and a stupid answer from him.

“When the bike smokes, you don’t know what it is.

“But the problem is that with Johann it’s always the same. He never learns. 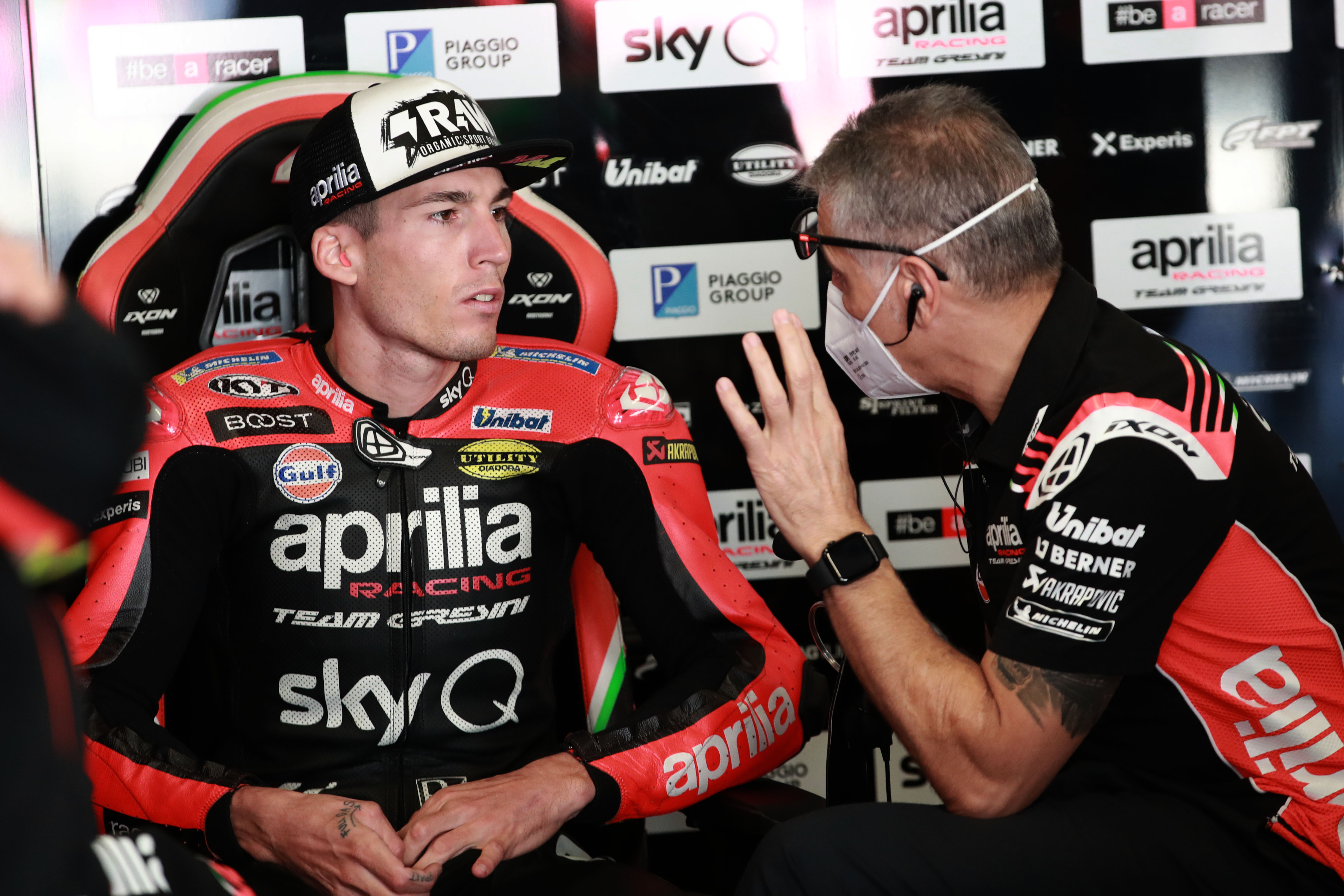 “Today in the race he hit two guys in front of me also, I could see, it’s unbelievable.

“It’s not that I have anything against him, but when you see smoke from your bike, you cannot cross in a corner that’s fourth-gear, full throttle, at close to 200km/h.

“If he has a problem with me, he should come to me and we can speak well” :: Johann Zarco

“Because if someone came behind and there was a little bit of oil, or even water, this guy can die.

“It looks like this guy doesn’t care about any of his mates, and that’s what makes me furious.

Zarco has come under fire from MotoGP rivals on multiple occasions in his premier-class career. 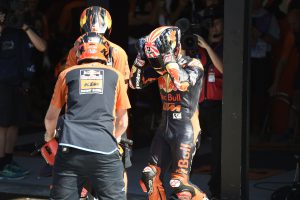 It began with Valentini Rossi asserting that he was too aggressive during his rookie campaign with Tech3 Yamaha in 2017.

He was also strongly criticised in the aftermath of his terrifying crash with Franco Morbidelli earlier this year at the Red Bull Ring, and was blamed by Espargaro’s brother Pol for a collision at Brno.

The Austria incident led to him being penalised with a pitlane start, but there was no further action when the Czech Grand Prix clash was investigated.

When told of Aleix Espargaro’s comments after Sunday’s Portuguese Grand Prix, Zarco said he had no recollection of any contact with other riders aside from being hit in the back by Joan Mir early on. 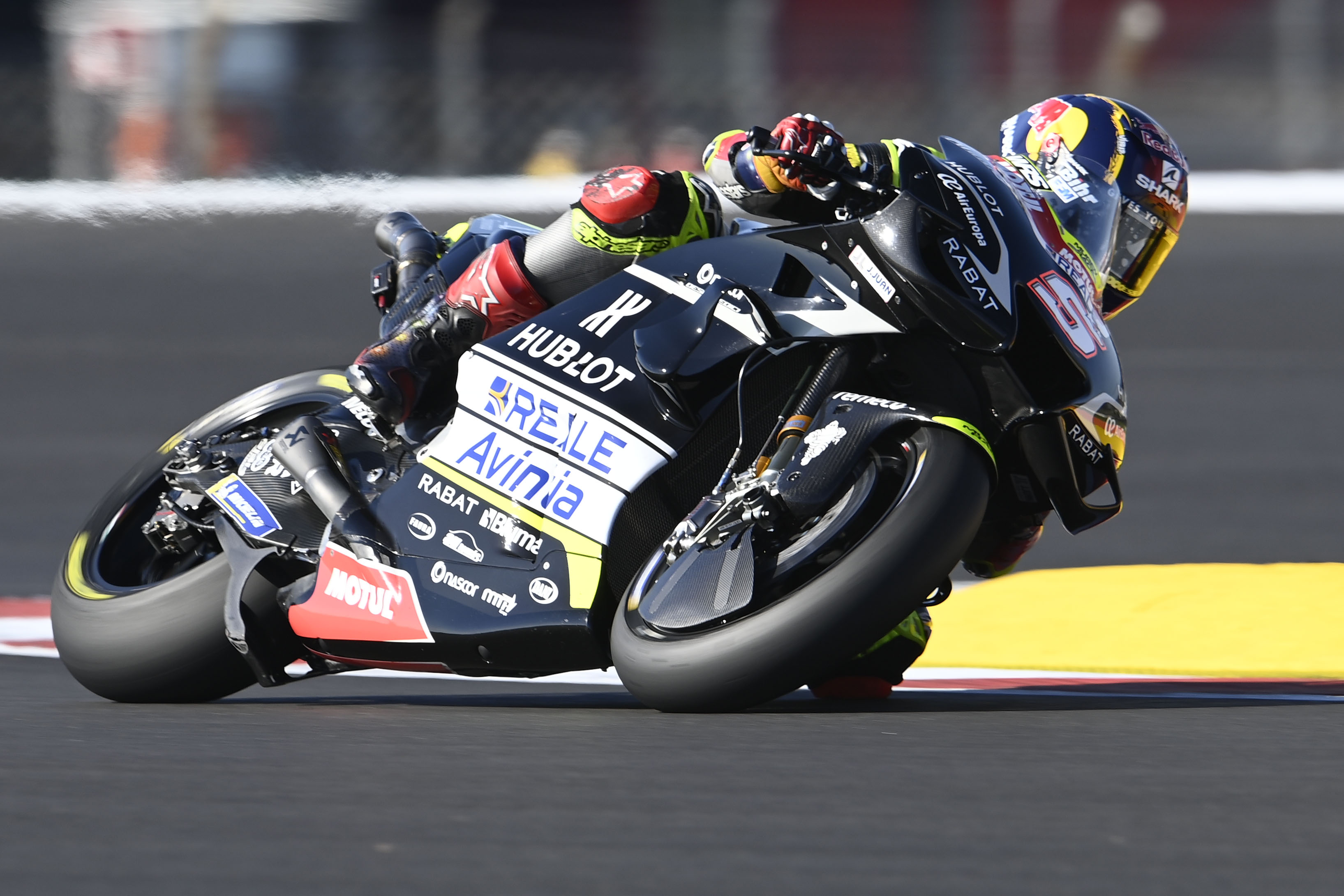 He also said: “When they were all angry against me [earlier], I went into the safety commission and no one was speaking.

“They can say a lot of things but when you are in front of them they don’t say anything.

“This is, I think, typical from Aleix.

“And if he has a problem with me, he should come to me and we can speak well. But he doesn’t. 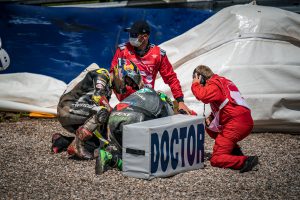 “I did it with Pol after Czech Republic, and from that moment at least, we didn’t agree [about the collision] but at least we could speak.

“And what I did yesterday to cut the track with my technical problem, I knew which problem it is and I knew I’m not losing oil.

“There are some other riders that don’t know about mechanics, they sometimes do things because they don’t know what’s happened – me, I totally knew what’s going on, so I knew I’m not losing oil.

“That’s why I took this decision. They all think I’m doing things without thinking, but I’m thinking more than they think. It’s his [Aleix’s] own problem.” 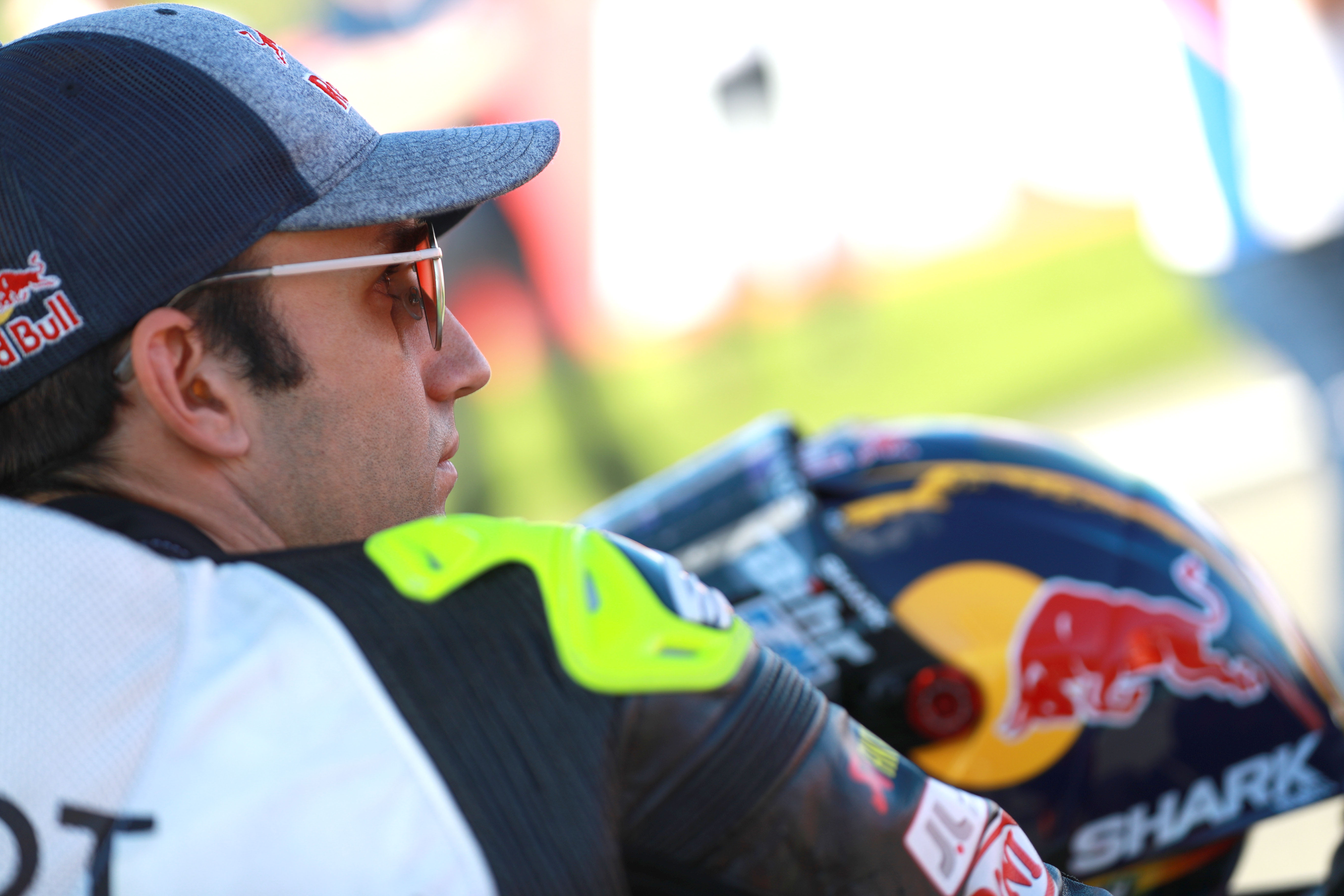 Aleix Espargaro and Johann Zarco are two of the most outspoken, open and thoughtful characters on the MotoGP grid, and it’s a sad situation that their current views of each other are not too charitable.

The sports media’s job – any media’s job, really – is to report on conflict but never manufacture it, and it’s clear that some riders don’t feel all media adheres to that all of the time.

Something like that was the motivation behind Pol Espargaro’s “self-censorship” this year, and when telling his brother and Zarco about their respective comments at Portimao it was difficult to shake the feeling that I was pitting them against each other.

Ultimately, it was a topic worth exploring. It felt, and still feels, like there was a touch of hubris to Zarco’s decision to cross the track when he did, but I am no Ducati mechanic, or mechanic of any sort. 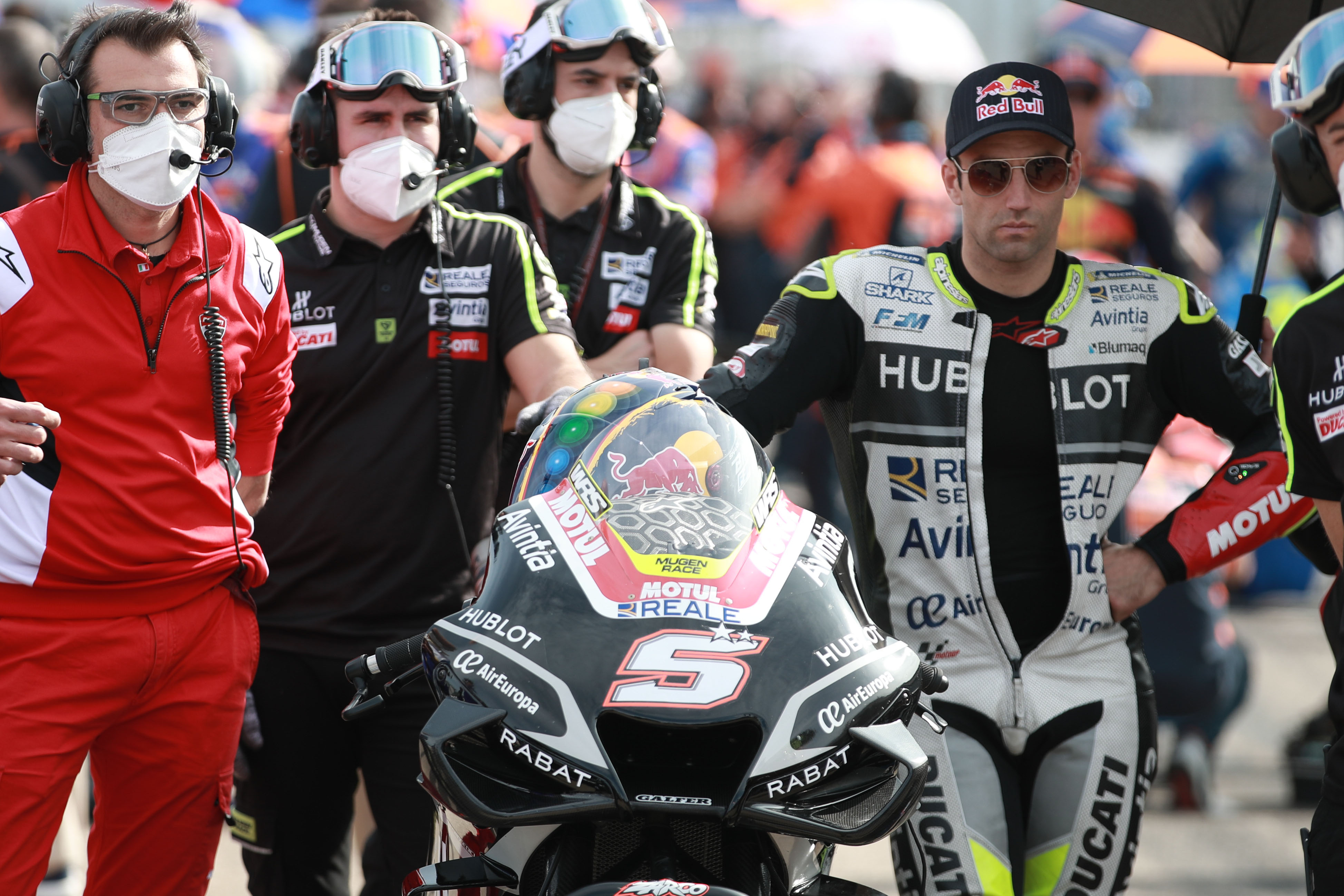 If he said he’s had the exact same issue before, there’s no reason not to take it at his word.

Equally though, for the reasons Espargaro laid out, it probably still would’ve been prudent to avoid going across like he did, just out of an abundance of caution.

It’s really the kind of situation that should be discussed by race control, with Zarco and all interested riders in attendance. Clearly, MotoGP race direction did not feel Zarco did something heinous, but it’s equally easy to see why objections were raised and why official communication could’ve been of use.

It is impossible for me to believe that Zarco, like Espargaro alleges, doesn’t care about his fellow riders – and it might very well have been something said in the heat of the moment.

Equally, it is hard to believe that Espargaro would shy away from a face-to-face (socially distanced) discussion with Zarco. And just because on the surface they both seem like very clever guys is no guarantee they would find common ground, but with both set to remain in the paddock for a fair while longer, it feels like that would be a chance worth taking. 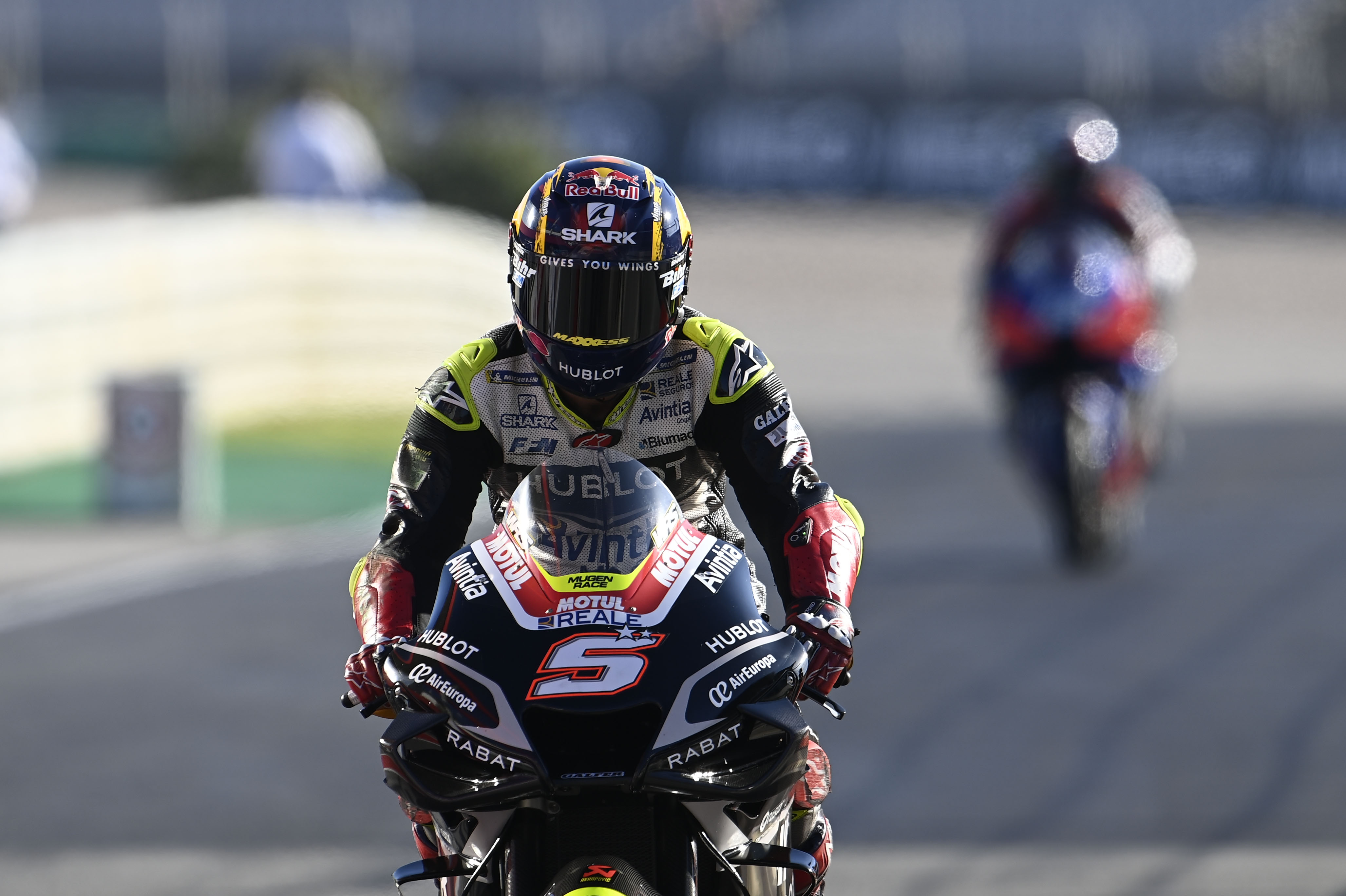