From COVID to a Ducati MotoGP deal – Martin’s crazy year

Oct 6 2020
By Simon Patterson
No Comments

It’s been a tumultuous season for many a motorcycle racer thanks to injuries, diseases and contracts in the compressed 2020 season – but perhaps a year more full of more upsets, setbacks and great news for Moto2 pre-season favourite Jorge Martin than it has been for anyone.

Already hotly tipped as one of MotoGP’s next big stars since his dominant Moto3 championship win in 2018, he was the focus of many paddock rumours before the year even properly got underway.

He was all but certain to move to MotoGP for 2021, so the mid-season gossip linking him to a seat at Pramac Ducati came as no surprise.

And he was just getting into the swing of things after a difficult first season in the middleweight class, the rumours became more concrete too. 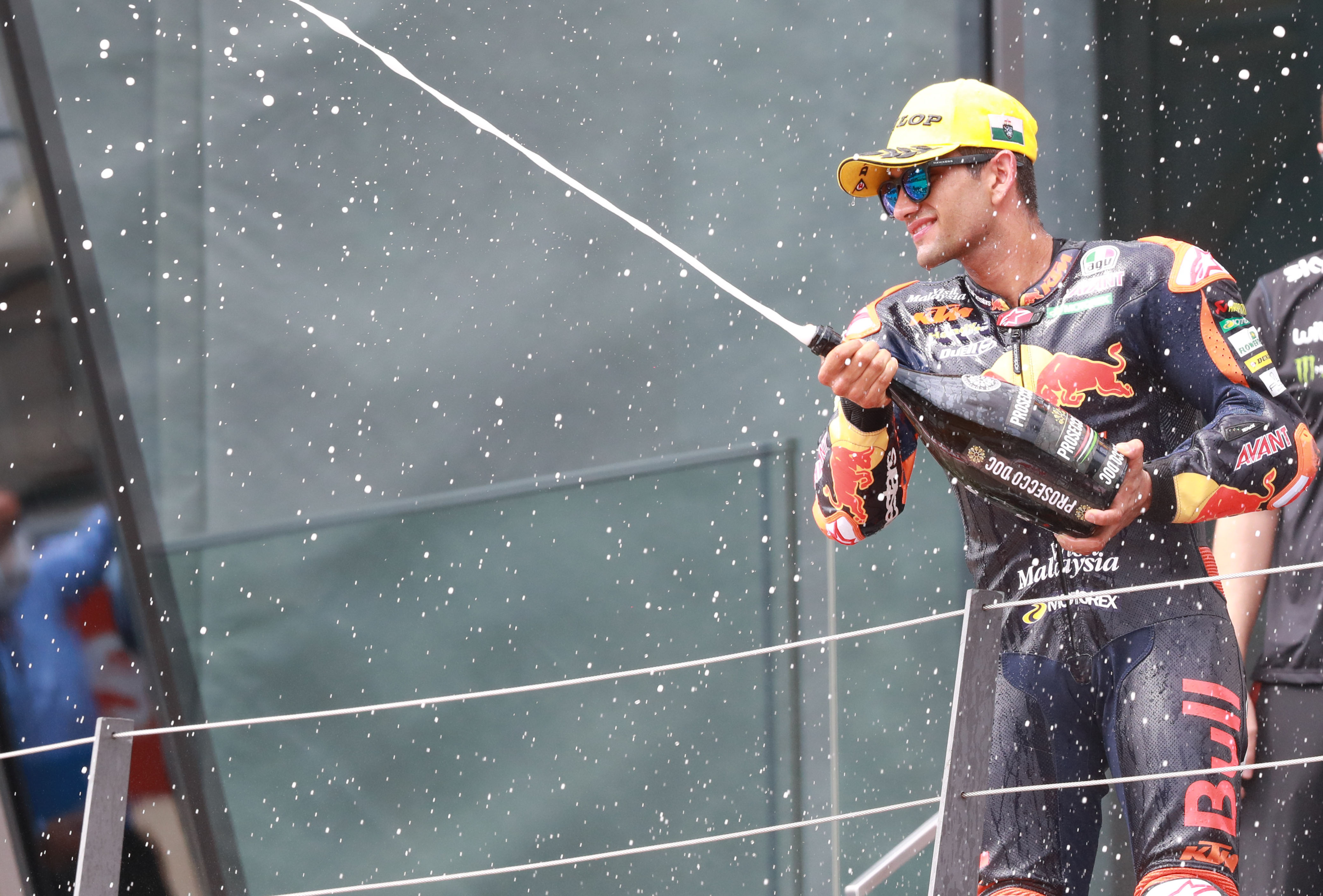 Backing up his star potential with victory in the Austrian Grand Prix and denied a double a week later only by track limits despite leading the entirety of the Styrian Grand Prix, Martin looked set for a golden year as he closed down Luca Marini in the Moto2 title race.

However, things took a rapid turn for the worse ahead of the San Marino Grand Prix when a positive COVID-19 test sidelined him for both of Misano’s races, effectively ending his title challenge and neutering his momentum just as he finally got it going.

“When you have a crash and when you have pain you know that you can’t be there. But when you feel fine, you just want to go and ride the bike” :: Jorge Martin

But since then, 22-year-old Spaniard Martin has been back on the up. Now confirmed as a factory-supported Ducati MotoGP rider for 2021 in its top satellite team and with a strong showing at the Catalan Grand Prix despite gearbox problems robbing him of yet another chance to fight at the front, hopefully the worst of his 2020 is behind him.

And while 2020 hasn’t been the first time he’s been forced to sit out races – thanks in the past to injuries – but his asymptomatic coronavirus case was a different matter altogether, as he sat at home essentially fully fit.

“The last month was difficult because the COVID situation was hard,” he admits in an exclusive interview with The Race. 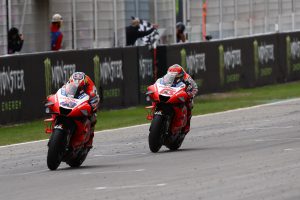 “Watching the races at home is bad. Then I came back in Barcelona and it was a really tough weekend. I felt good in the race, I was recovering well, then I had some issues with the gearbox. The three races were difficult.

“But when you feel fine, when you’re still able to train, you just want to go and ride the bike.

“It’s really tough, but it is what it is. It can happen to any of us, and I used the time to try and watch the races and learn.” 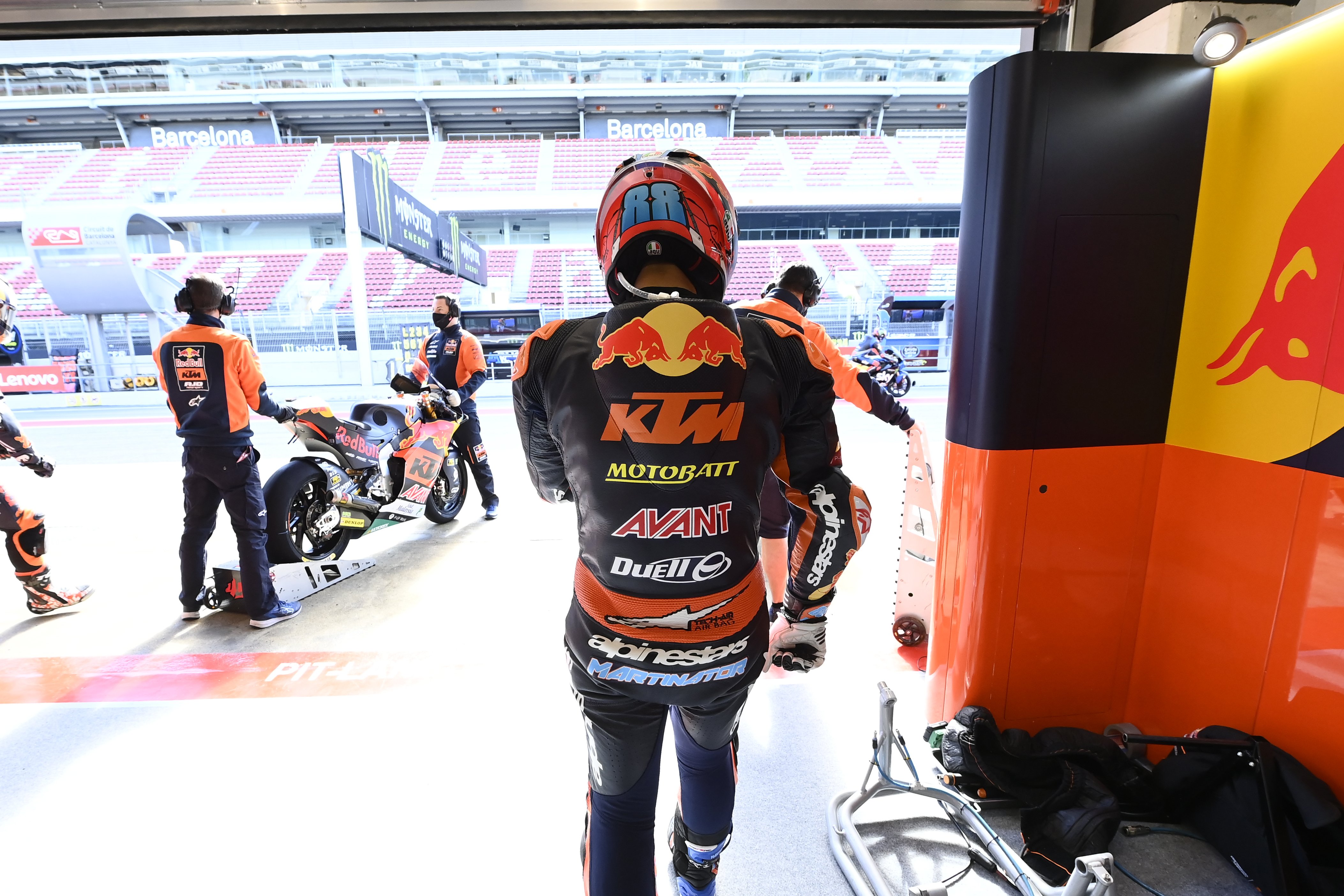 The Pramac move completes a clear plan, too, with Martin telling The Race when we sat down in his manager’s Andorran office last week that he’s been working towards what he’s finally achieved for more than just a few months in 2020.

“The plan was to be in MotoGP since I arrived in Moto2; I always wanted to spend two years in Moto2,” Martin said.

“For sure it’s a difficult category, and I think that I’m still missing some experience. At races like Montmelo I needed more time to find the right set-up, and that’s because of experience, but two years is enough to make the jump.” 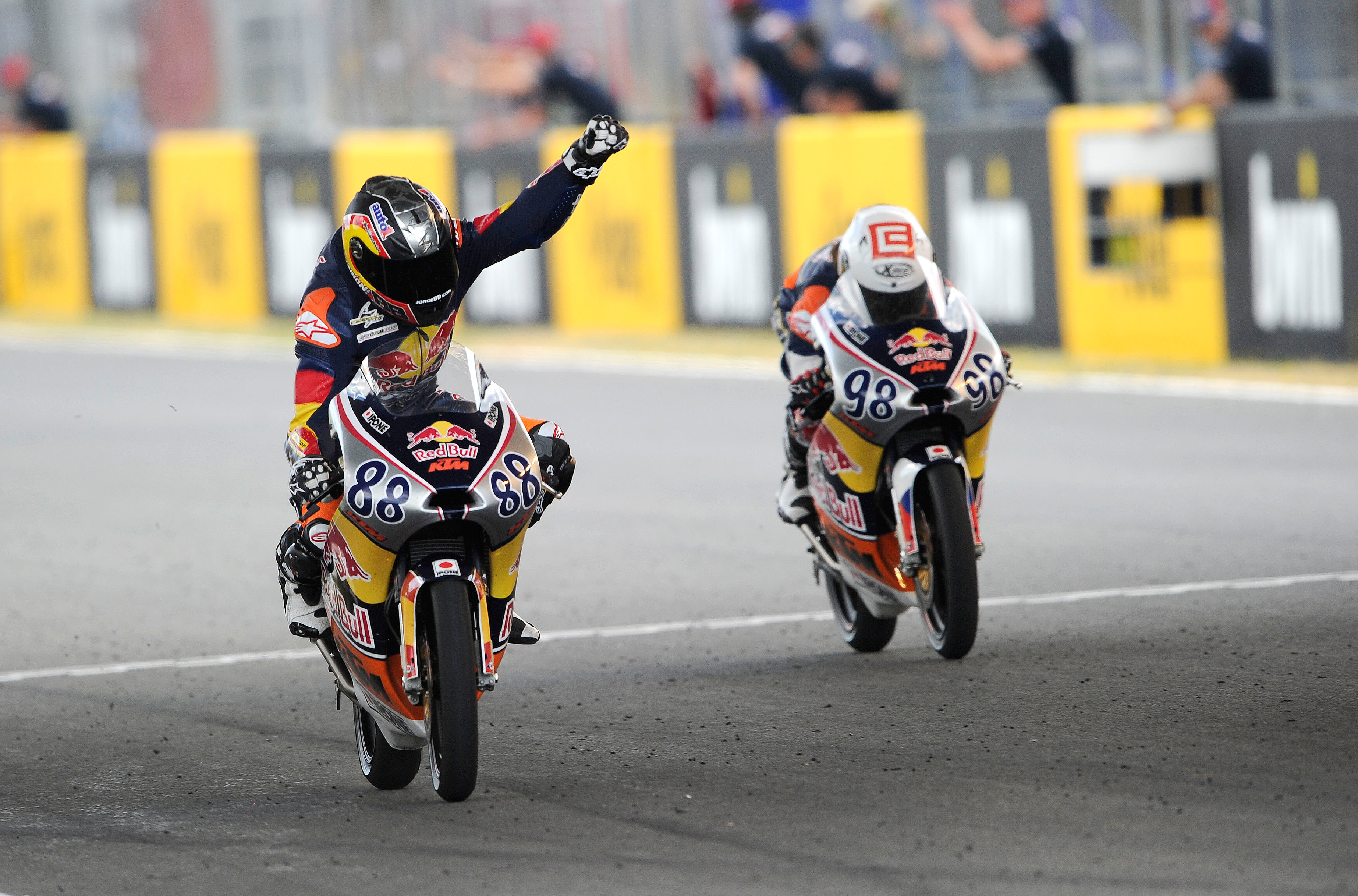 It hasn’t been an easy road to the top for Martin. Admittedly not from a wealthy family and on the verge of quitting the sport a few years ago until offered a lifeline with selection to the Red Bull Rookies’ Cup (pictured above), many expected him to be a natural choice for KTM’s MotoGP project when the time came.

But, with a full house there for 2021 as Danilo Petrucci joins satellite team Tech3 to effectively replace the Repsol Honda-bound Pol Espargaro, Martin will instead make the switch to KTM’s European rival Ducati.

“It has been a great career but it’s been hard to arrive in MotoGP. Finally we’ve done it, but we had to wait some months.

“I’m still focused on Moto2, for sure, but I’m really happy to move next year, and really happy for all the people who have supported me for so long.” 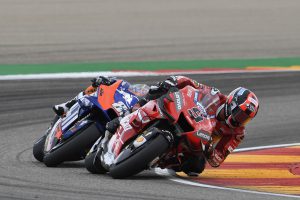 And while he expressed some displeasure on social media at the time of KTM’s 2021 line-up announcement, he wouldn’t be drawn on the topic now.

“We compared our different options and we thought this one was the best one for the future, that’s it,” he conceded – perhaps no surprise as he sees out his final half a season as a KTM rider.

Still unsure of what exactly next year will bring for him, as he steps up on a 2021-spec bike that will essentially be the same as the current model thanks to MotoGP’s development freeze, Martin’s keeping his cards close to his chest for now – even if he knows he’s on winning machinery.

“I cannot think a lot about expectations, but one target will be rookie of the year even if it will just be Enea [Bastianini] and I. It’ll be tough because he is strong. Trying to be in the top 10 will be great, but I don’t know yet.

“We’ll only test eight days before the start of the season, and I expect the first five or six days to be really difficult. For sure in some races I might be able to fight in the top five, though.”

Martin will be paired up with Johann Zarco at Pramac as Zarco’s promoted from the Esponsorama team to Ducati’s second-tier effort as a reward for an impressive season to date, making the Frenchman the old man in the firm’s new squad. 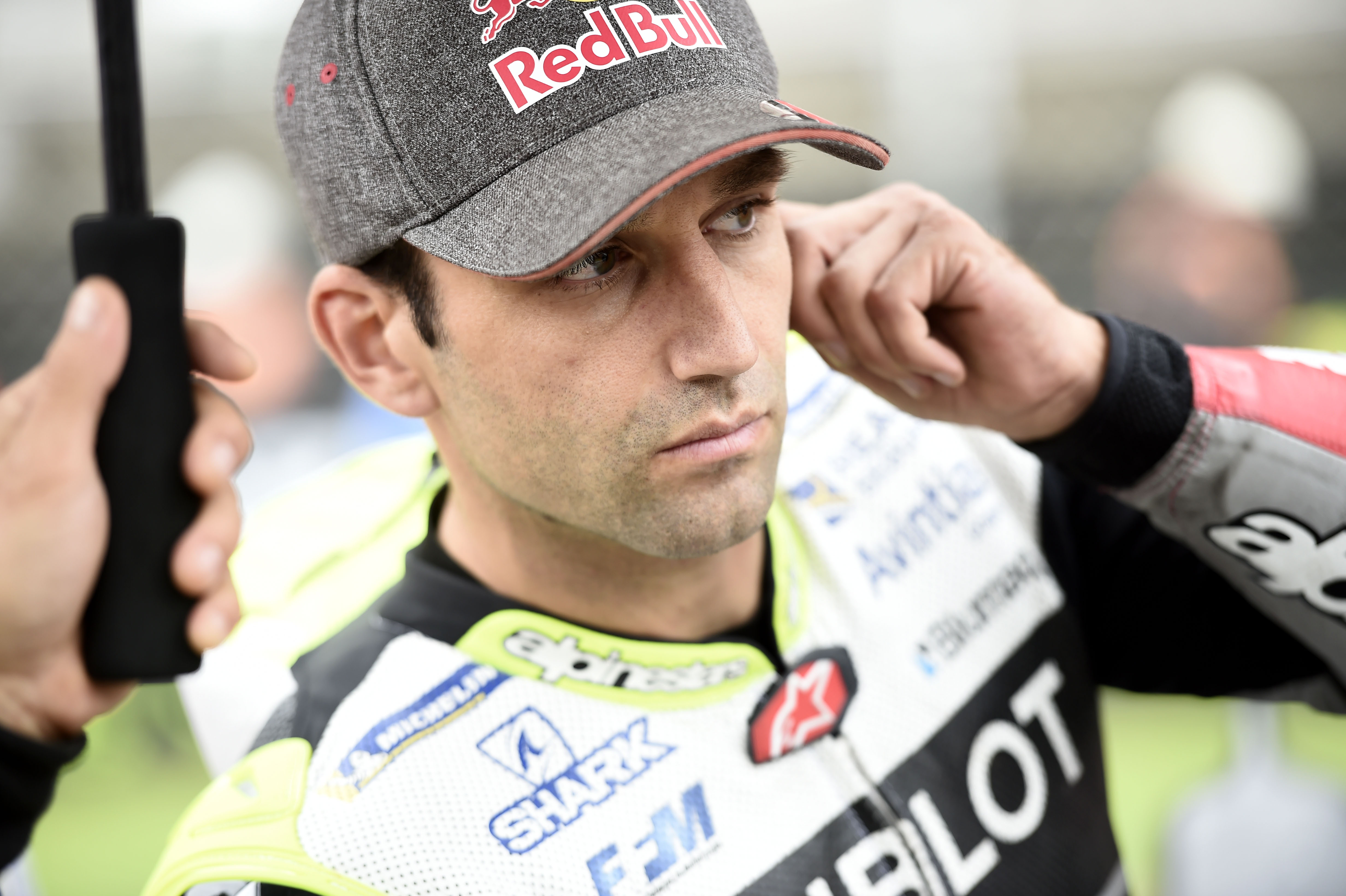 But with Zarco’s experience being paired with a hungry and passionate group in the form of Martin, Pecco Bagnaia and Jack Miller (all of whom grew up racing against each other), Martin believes that they can work together to extract the best from themselves.

“It’s super important to help each other with data, and the more riders we have the more information there is,” he said.

“All the Ducati riders are super competitive and have shown that they can be in the podium in every race, so I’ll try to learn fast from them.

“I raced with Pecco in 2015 and 2016 and we slept in the same room for two years. For sure in the four years since we’ve changed a bit, but at the end we still know each other so well and can hopefully keep that relationship.

“I know Jack as well because I train with him, when he’s on the superbike and I’m on my R6 or when we’re riding minibikes.

“I don’t know Johann yet, although for sure he’s a great rider – he won two world championships with my [Ajo] team! They know him really well and I know he’s a really strong rider.

“I think in my first year I just have to try to enjoy it and to learn as much as I can from my team-mate and all the riders from my factory. In the end we’re all young and we just want to win, and we can all work together to arrive at the top.” 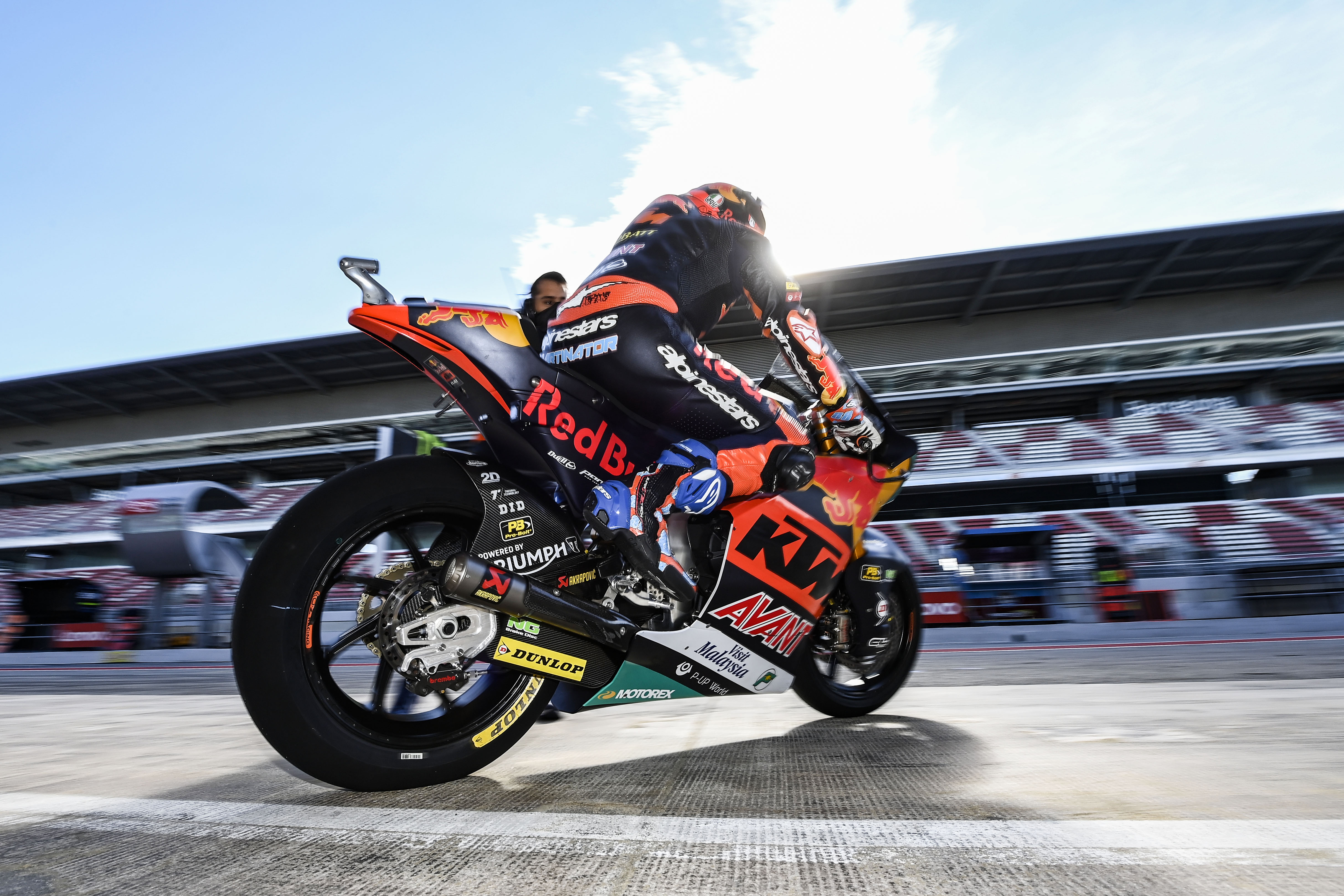 Before that, however, comes the process of adapting to a MotoGP machine. A stranger to bikes more powerful than Triumph’s 140bhp Moto2 machine but jumping onto a Ducati Desmosedici generating close to 300bhp, Martin’s winter plans involve a lot of adaptation.

“Ducati will give me a superbike so that I can train on it, and this is perfect. In December and January I’ll be riding it a lot to get used to more power, because the Moto2 bike is the most powerful I’ve ever tried! Getting used to the weight and the power will be the most important.

“They say the Panigale has a lot of power, and maybe I can ride with Jack who trains with the Panigale also, so that I can try to learn. It will be a really difficult transition.” 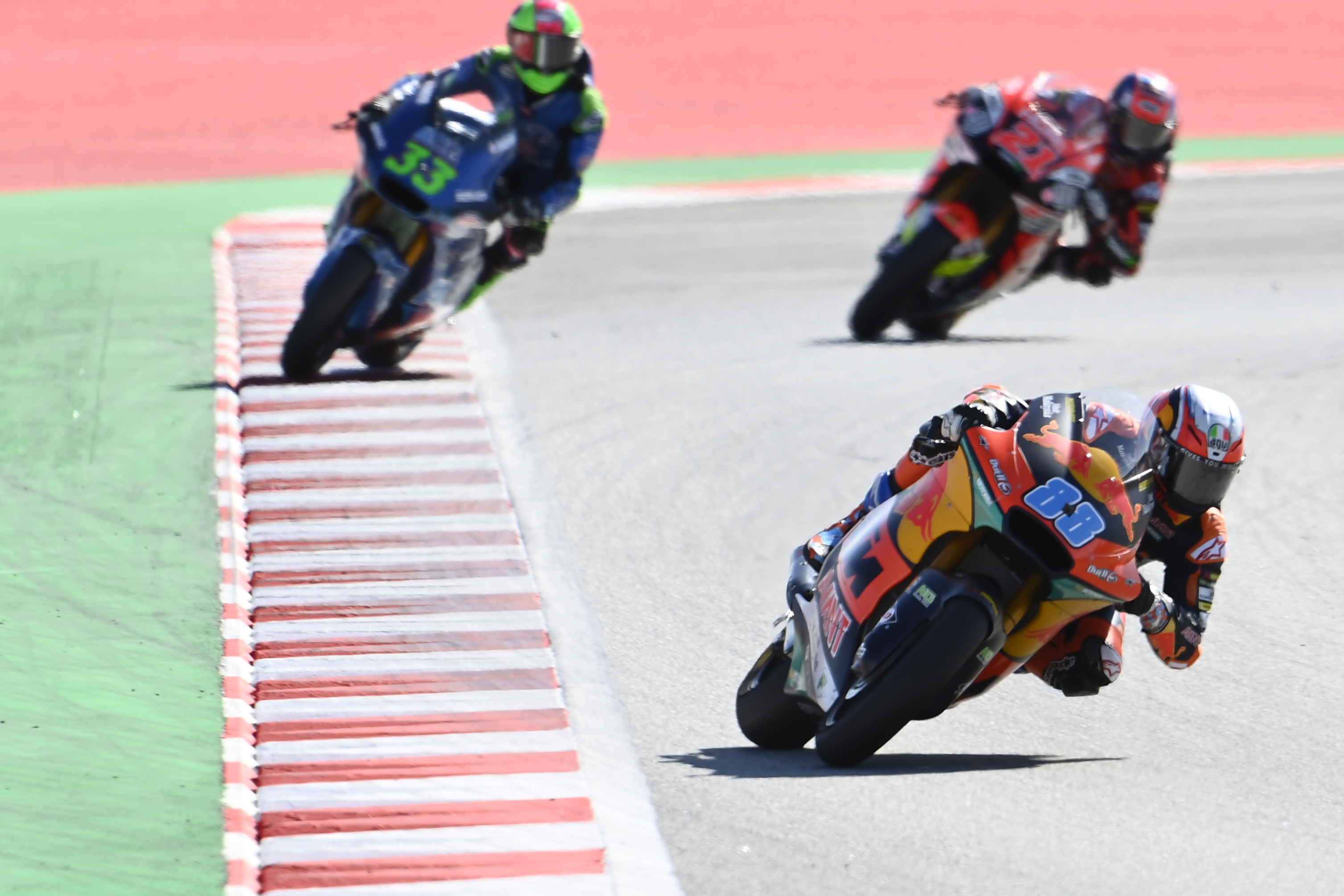 There’s also the matter of a Moto2 title to consider, too. Though Martin’s chances look limited thanks to his disastrous September leaving him 71 points behind Marini with six races left, he’s adamant that there might still be light at the end of the tunnel.

“For sure now the championship is a bit too far – it’s a lot of points.

“I think I need to change my mentality a little – not think about the title, just try to enjoy my last races in Moto2 and to try to win. I’ve got the potential to try and win races.

“You never know – maybe after three or four races I can start to think about the championship again.

“But for now I’m just going to enjoy myself, try to win and see what happens.”