Espargaro, Morbidelli at odds after incident with Rossi - The Race
Skip to content
MotoGP

Espargaro, Morbidelli at odds after incident with Rossi

Pol Espargaro, Franco Morbidelli and Valentino Rossi have been left at odds after an early clash between the trio at the French Grand Prix, with the Petronas Yamaha duo happy to share the blame for an incident that saw Morbidelli and Rossi taken out of contention, while Espargaro laid the guilt squarely at Morbidelli’s door.

The three bikes were running together on the opening lap of the race when Espargaro made a mistake at Garage Vert, almost highsiding on the exit of the corner. With Espargaro pulling back into the pack as they braked for the next corner, Morbidelli reacted by taking the inside line, only to get caught out by the Repsol Honda rider’s late braking and make contact.

“I think the blame has to be shared,” Morbidelli explained afterwards. “When I saw that Pol had a moment, I thought immediately that he was out. I went to overtake him, just because I had much more speed than him. I went on the inside, thinking that after that moment he would have taken the next corner more carefully.

“But after it, he was really good and aggressive, and I wasn’t expecting it. I hit him on the rear, and ended up outside the track and I couldn’t control the bike. That’s the incident according to me! 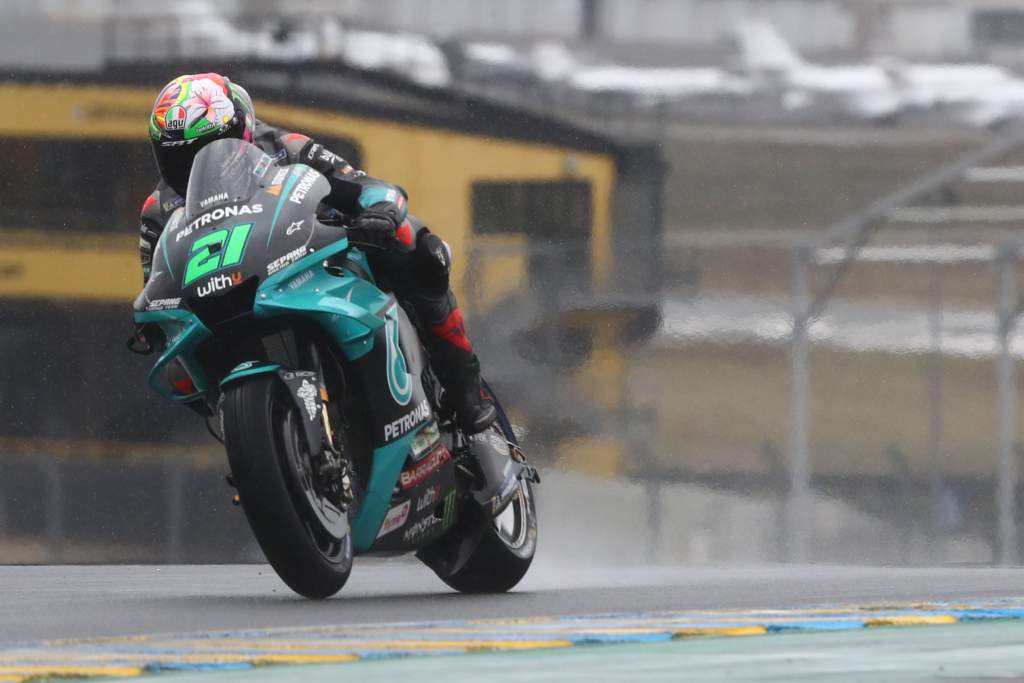 “In the first moment, you get a bit scared because you don’t know what the other rider can do with such a big difference in speed. Those are dangerous moments. But that’s racing.”

However, Espargaro didn’t quite see the incident in the same way, instead claiming that the incident was entirely triggered by Morbidelli’s move into Turn 9. 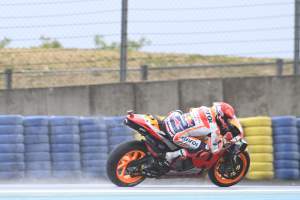 Marquez ‘angry with myself’ over absent-minded second crash
Read more

“Morbidelli came too hot and just made a mistake on brakes,” he said. “He took me out, and on the outside I had Valentino and I took him out. I found Valentino in the paddock [after the race] and he agreed with me. It’s clear that Franco braked too late and made contact with me.

“It’s something that can happen in the races, so I didn’t complain about it. It’s a racing incident but we can’t miss who is the one who started all the action, the one who touched another rider.”

For his part, Rossi wasn’t keen to publicly hand out blame one way or another post-race, instead simply ruing a missed opportunity for what he clearly felt was his best chance of the season of achieving a strong result.

“At the end of the first lap Pol had a big moment so I overtook him,” said Rossi, “but afterwards he wanted to come back inside of me. I was already touching Pol, but at that moment Franco arrived and touched Pol too, and it put me out of the track. I went from P7 to P13 and I lost a lot of time. 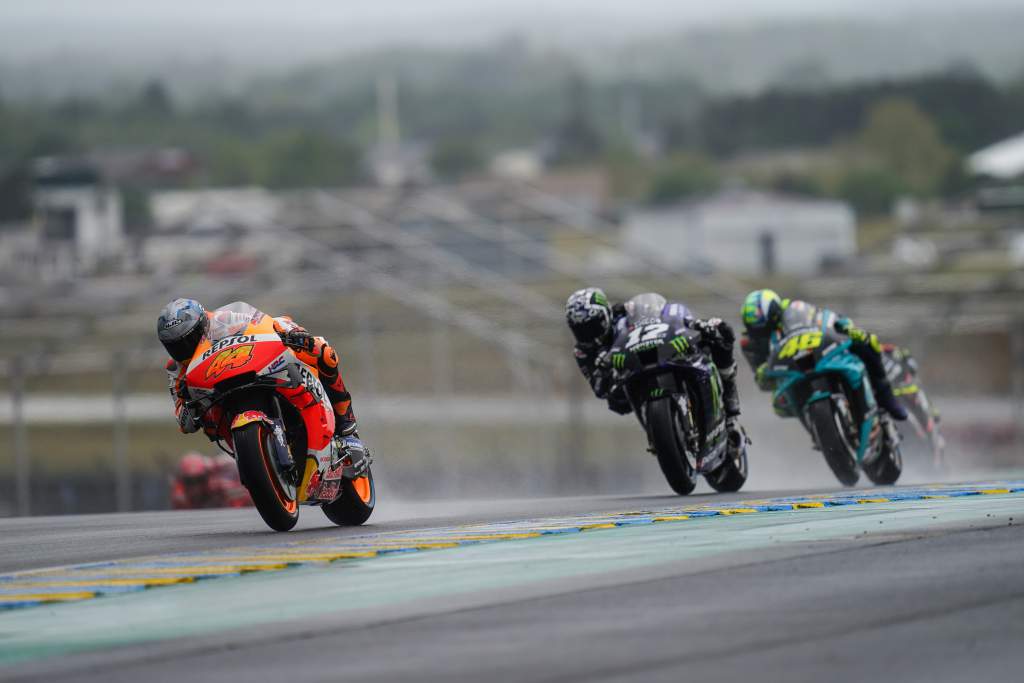 “I did a good start, I was in P7 and my pace wasn’t so bad in the dry. I could have tried to stay in that position, but it’s very difficult to understand what would have happened. In the second half, I would have been good in full wet conditions, so it’s difficult to say but it’s always in these races where everything happens!” 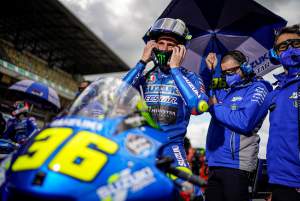 The only one to fall in the collision, Morbidelli was able to remount after the impact despite taking yet another knock to the injured knee that saw him tumble while making a flag-to-flag practice bike swap in pit lane on Saturday.

Injured in a training accident at Rossi’s Ranch while riding flat track, he says that the pain from the crash quickly subsided – but that he’s going to need to work hard ahead of the next race at Mugello to return to full fitness.

“The pain was a lot, but for a short period of time,” he added. “It’s a big hit, but only for a short time. I went out of the track, sat down for a bit and breathed. When I recovered my senses, I realised that it was raining and I tried to take part in the race again. But the meniscus and the ACL are not perfect, unfortunately.”