An angry Aleix Espargaro has hit out at the newly-discovered achilles heel of his Aprilia RS-GP, after yet another disappointing day for the MotoGP racer in cooler conditions at the Valencian Grand Prix.

Ending Friday a disappointing 12th, he went on the warpath afterwards about how low grip has held his team back in recent weekends.

The problem first showed up last time out at the Algarve Grand Prix but initially looked like a one-off poor performance after a strong season so far for Espargaro. 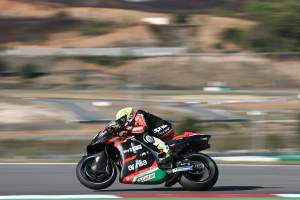 Today’s equally bad day at Valencia looks instead like the emergence of a new trend for him and the bike.

“It has been a s**t day so far, with very bad feelings,” admitted a frustrated Espargaro.

“I don’t know what Aprilia is doing but the past few days have been very frustrating.

“I have no grip at all, the bike isn’t turning, and I’m very angry.

“I don’t know what’s going on and this is what makes me so angry.

“We’ve tried everything, but in the wet I had no grip at all and in the dry I pushed like hell and the times were still very slow. 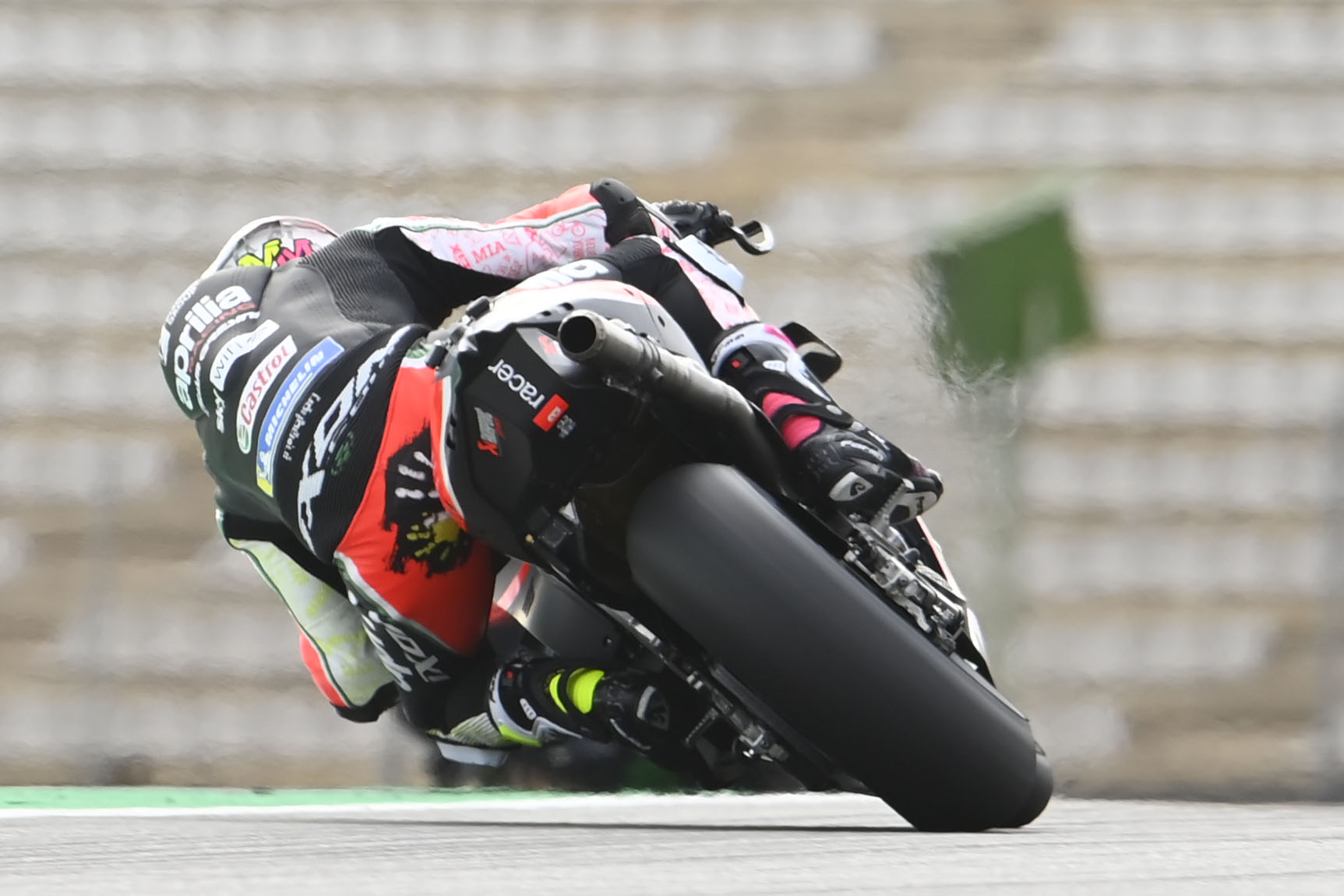 “It’s not possible in a short track like this to lose a second from first place, and I have no answer why.

“The only thing is that in the cold and with low grip, it makes our life very difficult.

“I have no grip, the bike is very unstable, not turning at all.

“Tomorrow I’ll try to make a big change, try to make the bike a bit shorter [moving the swing arm pivot forward to alter the balance towards the rear and put more weight on it] and see if this helps to give us more grip.

“But it’s very frustrating to finish the season like this.” 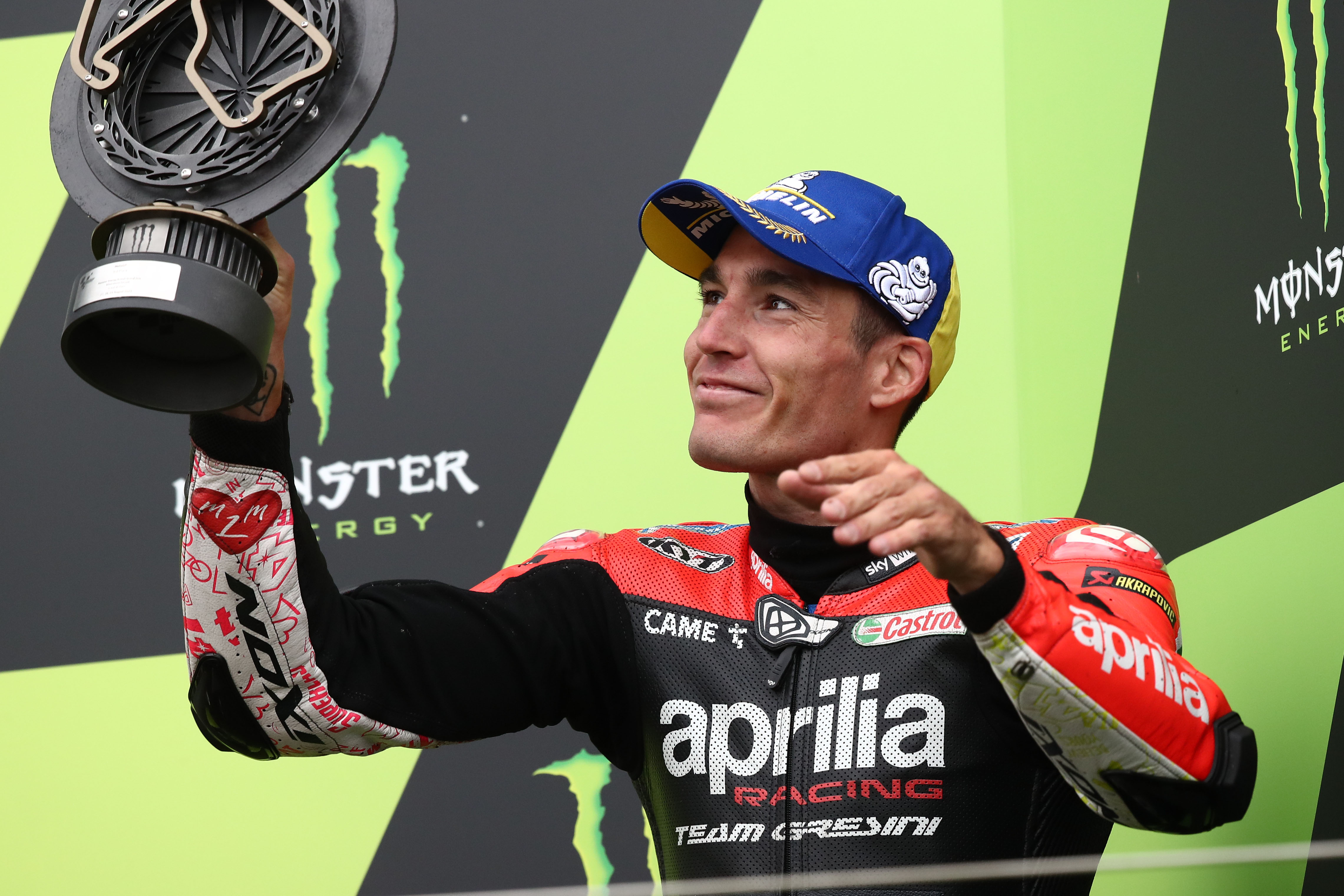 Coming after an incredibly strong season where he took the team’s first podium in two decades at Silverstone earlier this year, it’s a disappointing end to an otherwise fantastic 2021 in which the Aprilia has made considerable steps forward.

And the positive thing for the vocal Spaniard is that while he might have been left fuming about his practice performance at the Circuit Ricardo Tormo, Espargaro says that the cause of the issue is a well-known one for the team’s engineers despite all the improvements of 2021. 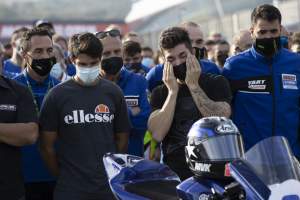 “The big improvement from last year to this year is overall the full bike,” he said of Aprilia’s work so far.

“The bike isn’t unbelievable on traction or on acceleration, but it’s a little bit stronger in every area than last year.

“Aprilia have worked really hard on the aerodynamics, and the bike works a little better on the acceleration phase.

“We’ve reduced the weight quite significantly too, and we’ve improved in all areas.

“Now what we need to do in the future is to make the bike turn a little bit better, and to be able to generate more grip. 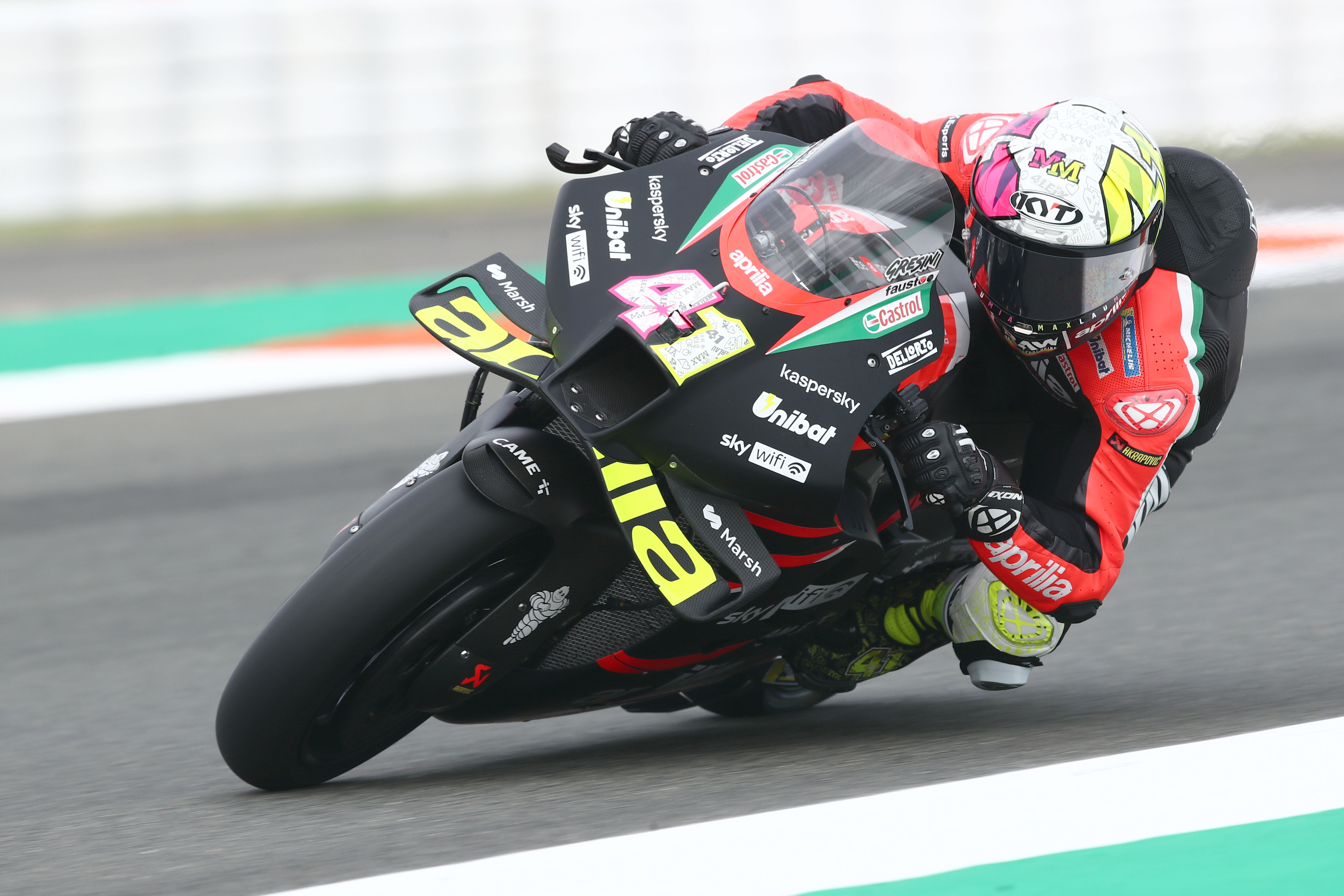 “It’s not possible that a big rider like me has the coldest tyre temperature of the grid, so we are doing something wrong in that area.

“I think our bike is also too rigid. When the track is perfect and there are no bumps, we can have a super stable bike that allows me to be fast, but you never have the perfect grip or the perfect asphalt.

“So we have to change the bike to generate more grip and to be able to turn a little better.”

But until those issues are addressed – something that Aprilia will hopefully understand in more detail next week when it gets to try out the 2022 bike at Jerez – he says that the machine simply isn’t capable of living up to the team’s expectations of being a more consistent frontrunner. 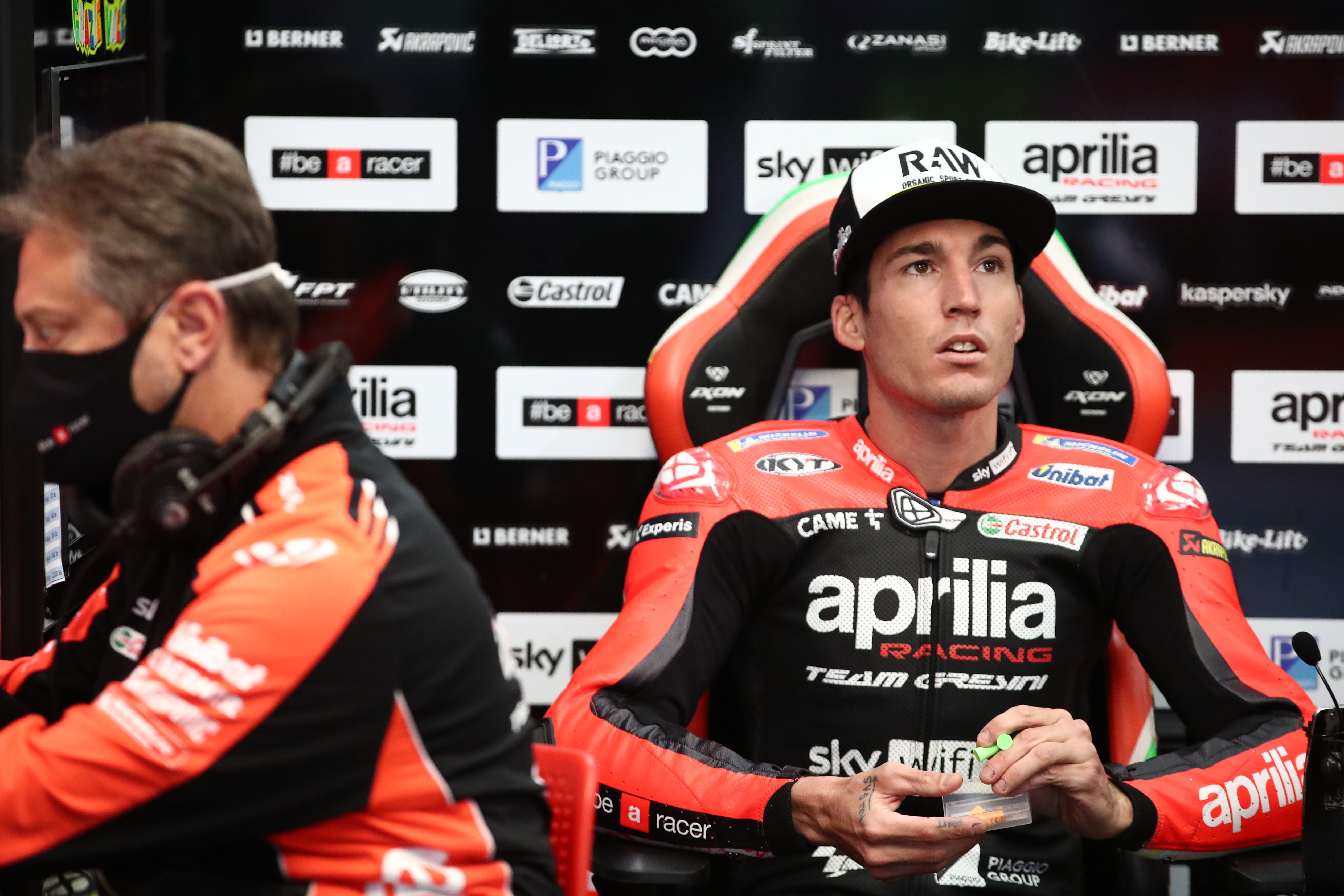 “All the engineers know that the low track temperature isn’t good for our bike because we’re not able to generate enough temperature,” he stressed. “It’s always the same circle.

“But I don’t give a shit that the track is cold, because this is the MotoGP world championship.

“It’s like saying I don’t want to go to Qatar because I don’t like the long straight. 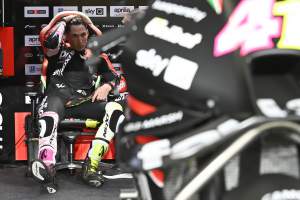 “If you want to fight for a good position in the championship the bike has to be competitive more or less everywhere.

“One bike will be a little bit faster in the dry, or in the wet, but it’s not possible that in the first part of the season I was close to the top five in every session and now I can’t be in the top 10.

“It’s unbelievable and we need to find out how I can improve this.”