Espargaro: Honda and KTM bikes have just one thing in common - The Race
Skip to content
MotoGP

Mar 7 2021
By Valentin Khorounzhiy and Simon Patterson
No Comments

The KTM RC16, which Espargaro played a huge role in developing since 2017 and which won three races last year, has often been likened to the Honda and portrayed as a similarly aggressive, somewhat recalcitrant machine.

Though the comparisons died down somewhat as the KTM evolved, Espargaro’s success with the RC16 – especially during its formative years, in which he was able to extract much more out of the bike than fellow KTM riders – was thought to be a major part of why Honda thought he would fit its RC213V well.

But while Espargaro was perfectly happy with his first taste of the Honda in the Qatar pre-season test, he played down the similarities between the two bikes. 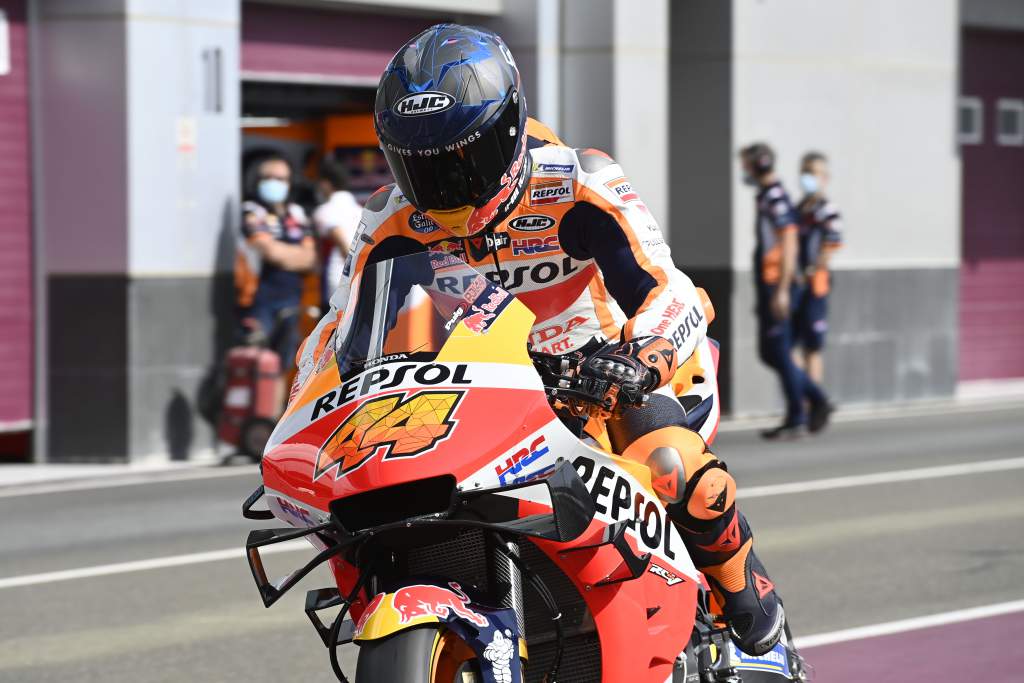 “They are too different to compare,” Espargaro said while chuckling.

“There are these three months [of the off-season] in which I didn’t ride a big bike, it didn’t help to remember what was going on with the KTM – but they are very very different.

“Sure, they are bikes that you need to fight a little to get the result, but apart from that, all the rest is very different.

“But it feels good already with the Honda.”

Espargaro repeatedly stressed that he needed to learn more about the front of the bike – the stability of which is a long-running problem area for the RC213V.

“The most important thing is to learn about the front, it’s where you gain the time – stopping, having some corner speed.

“Already the rear I have more or less under control, the acceleration mid-corner… but it’s just a matter of pushing a little bit more, going to the limits and recognising where I’m losing.” 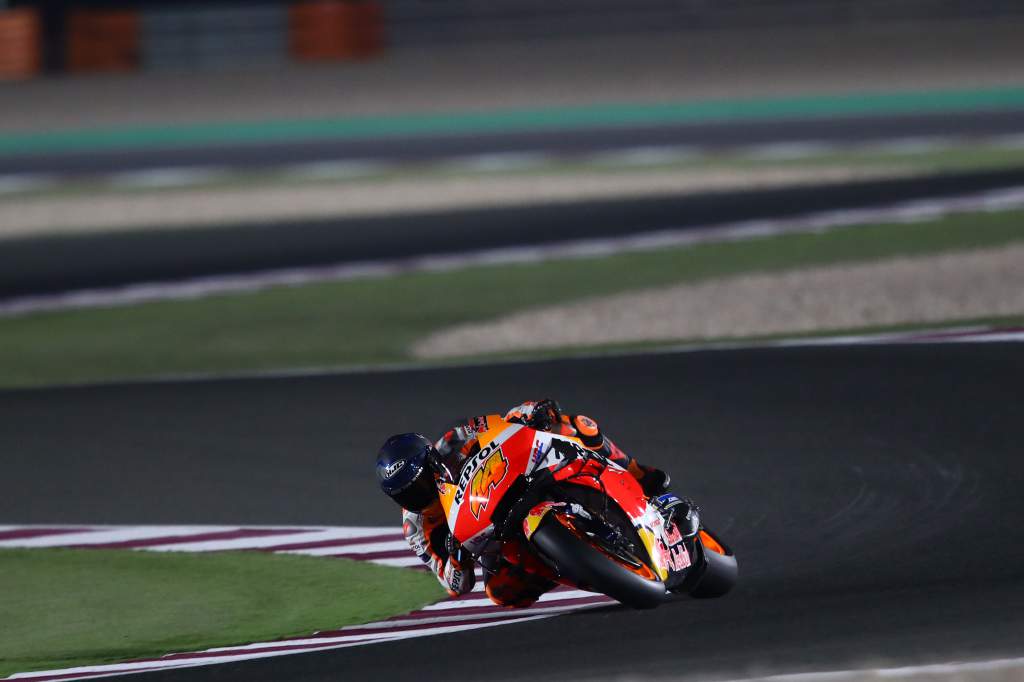 Espargaro ended the first test day on Saturday in 17th place, 1.2s away from his pace-setting brother Aleix on the Aprilia.

He was just under a second down on the quickest Honda, that of test rider Stefan Bradl, who is operating as the works Honda team’s stand-in for the injured Marc Marquez.

But Espargaro’s 68 laps meant he was one of the busiest riders on the circuit, which meant his side “ran out of tyres because we started very early on”, denying him a chance to go for a faster laptime when track conditions were at their peak.

However, Espargaro was under no illusions about his initial level compared to that of Honda stalwart Bradl.

When asked whether he was studying the past data of Honda’s currently-sidelined benchmark Marquez, Espargaro said: “Today I was checking Bradl[‘s data], which he was one of the fastest today, already that data is good. 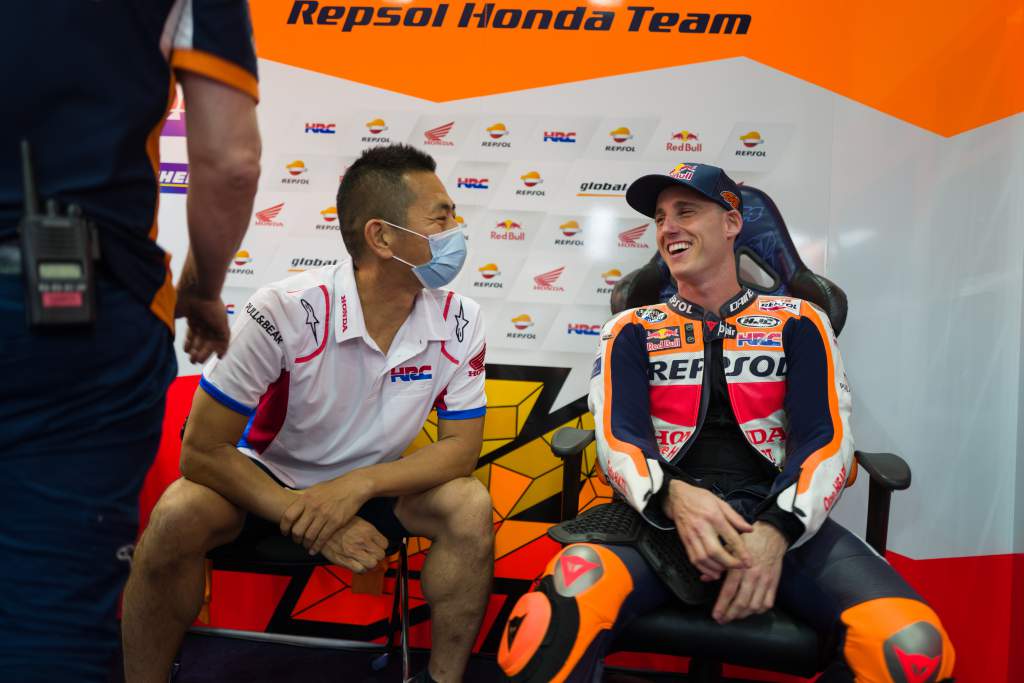 “Stefan, for sure his confidence in the front is much bigger than mine.

“There are some places where we more or less do same things, but in the others even if I try to brake hard, still I have some margin, also [at] releasing the brake in the middle of the corner he’s faster.

“But these are normal things where he knows more than me the limits of the bike and he’s reaching [them] straight away, he doesn’t need two-three laps with the new tyre to reach the fast laptime.

“I’ve done the laptime with seven laps on the tyre and then I repeated it with 19 laps on the tyre, which shows the big gap I’m losing compared to my team-mates with the new tyre.”