Ducati has rolled out its latest technical innovation at the Qatar pre-season test, with all four GP20 machines sporting a series of new buttons and cables believed to allow its riders to adjust ride height in-race.

Originally trialled by Pramac Racing rider Jack Miller, both his teammate Pecco Bagnaia and the factory duo of Andrea Dovizioso and Danilo Petrucci are now running with the new system mounted to their left handlebars.

Taking the form of a rocker switch connected to a master cylinder and hydraulic cabling running inside the bike, it’s believed that the new mechanism is a further refinement of their holeshot device – but one that could give tangible benefits throughout the race.

The original holeshot device was a large wheel on the top yokes that riders locked in place for the start of the race, lowering the bike and locking the rear suspension to ensure maximum power was transferred from engine to wheel by preventing wasting excess power in driving down the back end of the bike.

It was initially tested at the end of 2018 and became a standard fitting during the 2019 season, while other manufacturers have been rushing to catch up. Yamaha debuted its own version at Sepang two weeks ago and Suzuki is set to implement a system on the GSX-RR very shortly.

But Ducati has moved the game on again with its latest innovation. Believed to allow riders to adjust the height of the bike on corner exit, it would help in the age-old set-up battle of building a higher bike that turns better versus a lower machine that’s better in acceleration and top speed by effectively allowing one machine to do both.

MotoGP’s technical bosses have confirmed to The Race that such a system would fall within the rule book, too – as long as it is activated manually and not through some sort of electronic system. 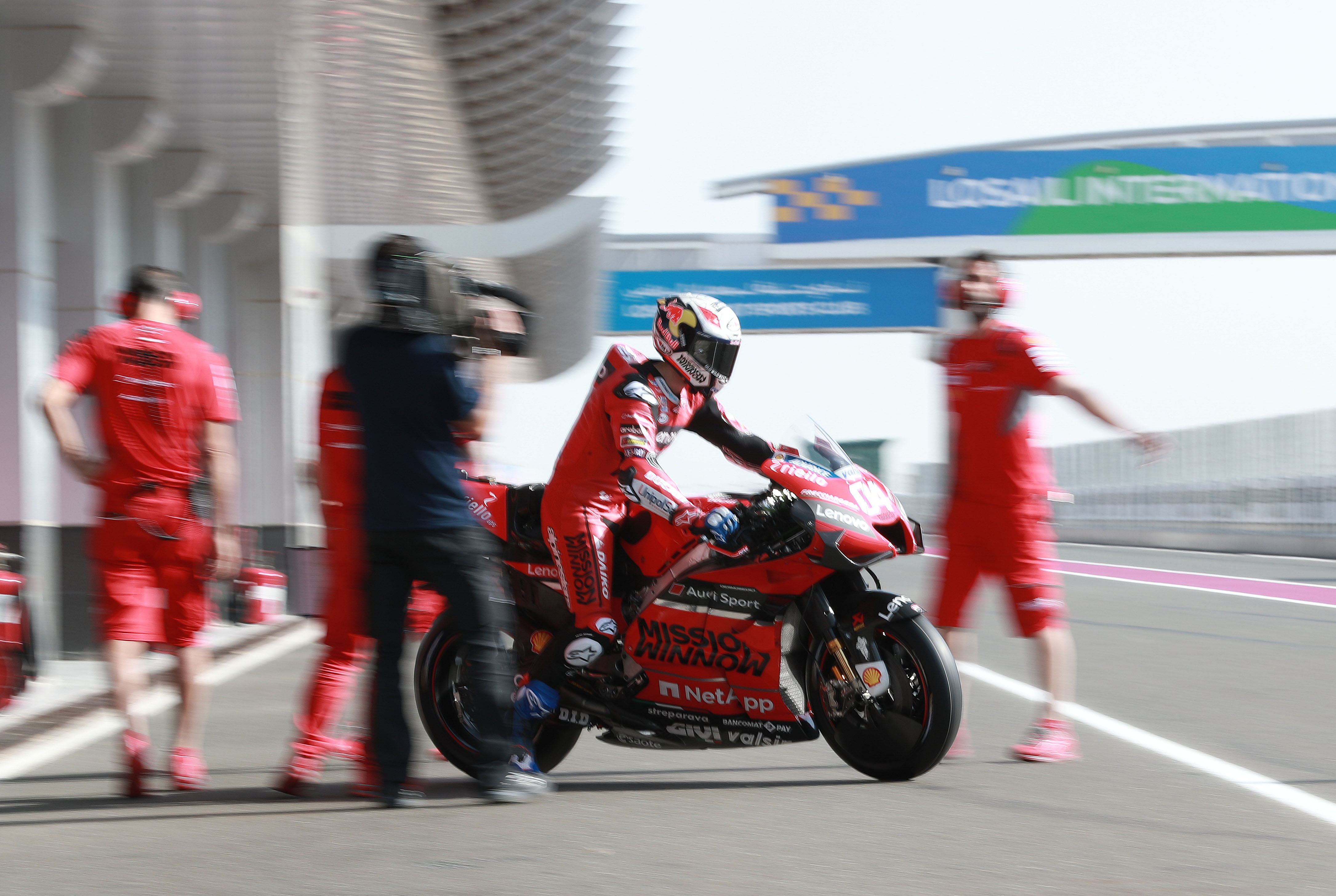 The system could get around this in a number of ways, such as by replacing the link between the top of the shock and the frame with a hydraulic strut which is manually controlled by the rocker switch at the rider’s left thumb.

Ducati’s riders remained coy about the benefits of the team’s new technological development after the first day of action, with Danilo Petrucci unwilling to confirm any info on the device.

“I don’t remember [if it was on my bike]! No, I don’t know yet how it’s going to work for us, but right now I can’t say anything.”

Team boss Davide Tardozzi was slightly more open, admitting that the concept was interesting and that the team is looking forward to testing out the new system as the Losail test continues.

“We have some new things and as usual Ducati has some innovation,” said Tardozzi.

“We’re proud to say that in the last five years we have brought all the innovation to MotoGP bikes. We think that this is something that’ll work and we’ll bring it for the race.

“The ride height adjustment is something people are speaking about and something that maybe could be on our bike. We’re pretty sure that we’ll have a step forward for the race.

“Whatever it is, like in the past we have followed the rules. Everything on the bike on the past that we had before everyone else, we shared with the technical director. We have innovation, we share it with them, and we’re a step ahead again.”