Andrea Dovizioso’s management has this morning informed Ducati that he will not renew his contract with the team.

The move suggests Dovizioso’s time in MotoGP is set to come to an end when the 2020 season concludes.

Dovizioso has been locked in hardball negotiations with Ducati for weeks as it tried to force a pay cut on him in the face of a looming recession, and he has in turn demanded more money after finishing second in the championship for three years in a row.

Now the matter has come to a head during the Austrian Grand Prix weekend.

Dovizioso’s manager Simone Battistella told Sky Italy: “We have communicated to Ducati that Andrea has no intention of continuing for the next few years, that he now wants to concentrate on the next races, but that there are no conditions to continue together.”

Paolo Ciabatti, Ducati’s sporting director, confirmed that the relationship had ended in that crunch meeting at the Red Bull Ring this morning.

“We met Simone this morning here at Red Bull Ring and realised that unfortunately there are not the conditions to continue our relationship with Dovi beyond the end of the current contract,” he said. 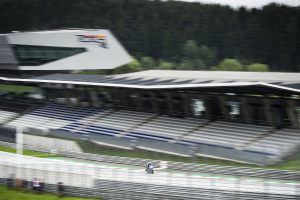 “Ducati and Andrea will now fully concentrate on the remainder of the 2020 season, starting from tomorrow’s Austrian GP, with the common goal to add more wins to the 13 first places already achieved together and fight for the title until the end of the championship.”

The news comes as a much greater blow to Dovizioso than to Ducati, as his alternative options for 2021 are all but gone.

He has already suggested that he may have to take a sabbatical next season, and it remains to be seen if there will be a route back for the 34-year-old after a year on the sidelines.

A former factory Honda rider and the 2004 125cc world champion, Dovizioso joined Ducati for the 2013 season and led its progress back towards the front after a miserable start to the decade.

His first win for the team came in the wet 2016 Malaysian Grand Prix, but it was in 2017 when he really flourished – and began to take the fight to Marc Marquez and Honda on a regular basis.

A dozen wins and three second places in the world championship ensured across 2017-19, with Dovizioso seeing off illustrious 2017/18 team-mate Jorge Lorenzo, before this year’s dispute and uncompetitive form. 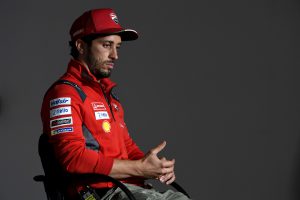 Ducati lining up replacements for Dovizioso amid stalemate
Read more

Ducati has been lining up a possible replacement structure for Dovizioso for some months, with Moto2 world champion and Pramac Racing rider Pecco Bagnaia the favourite to step up to the factory team.

Current Avintia racer Johann Zarco is also a prime contender for a seat at either the factory team or at Pramac as Bagnaia’s replacement, while 2014 Ducati rider Cal Crutchlow could be an outside bet.