Does anyone have a chance of beating Quartararo at Barcelona? - The Race
Skip to content
MotoGP

Does anyone have a chance of beating Quartararo at Barcelona?

Jun 6 2021
By Simon Patterson
No Comments

The pole position qualifier – for the fifth race in a row – has demonstrated worryingly fast race pace all weekend.

In fact, so strong does Quartararo look, with his fastest laps of the all-important FP4 session on average half a second quicker than his closest rival, that former team-mate Franco Morbidelli has already all but conceded defeat. 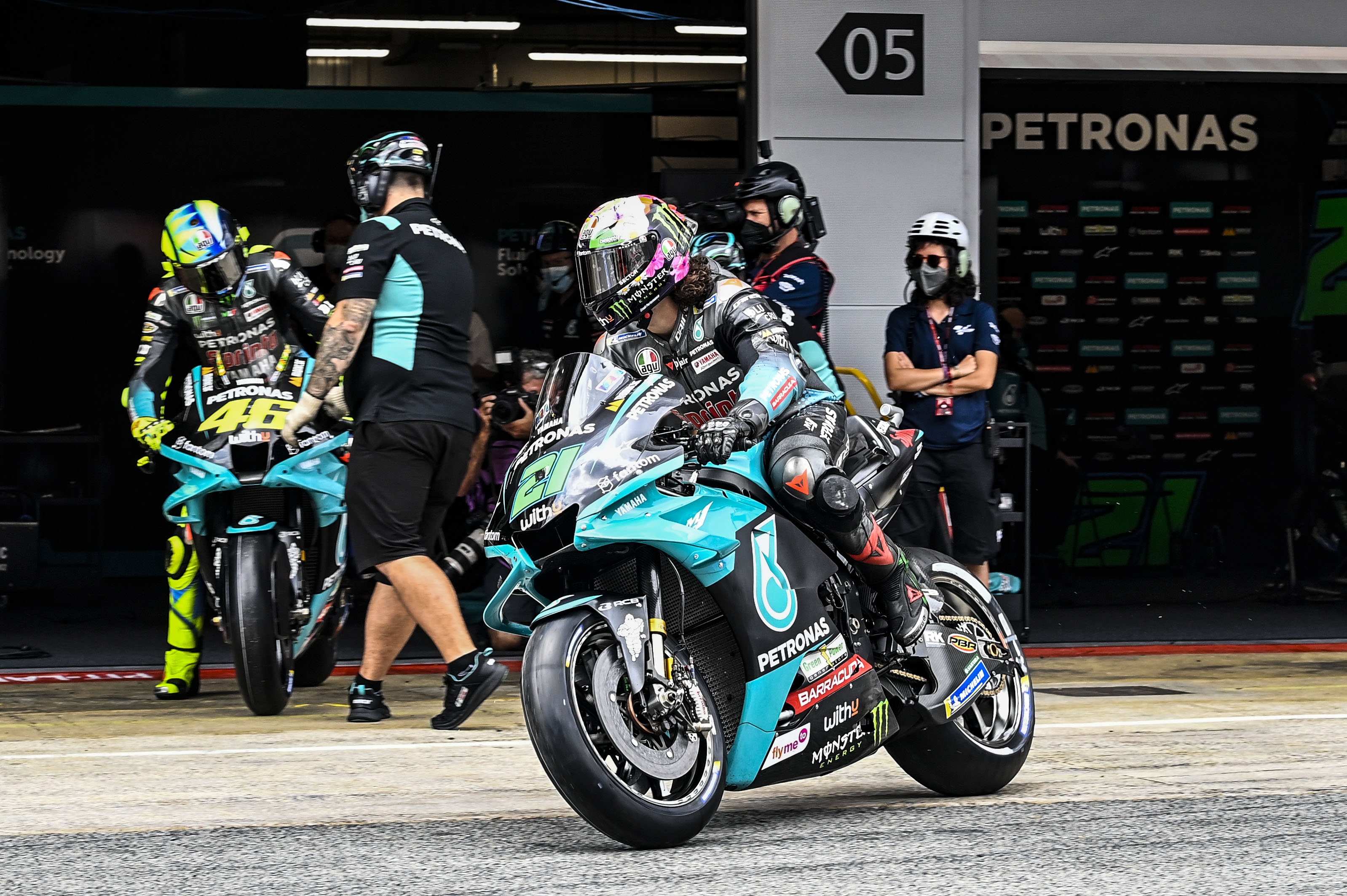 On paper, Petronas SRT rider Morbidelli – fifth on the grid – is probably the biggest threat to Quartararo in race trim but he says that unless something unpredictable happens, he’s not sure if there is any strategy that will be capable of stopping the championship leader from further extending his lead.

“We don’t know where we will end up or where we can aim for – we don’t have a special goal, because there are a lot of riders in the pack with a similar pace,” Morbidelli explained. 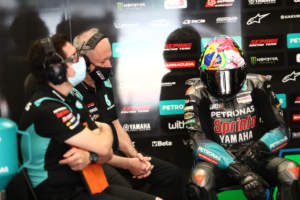 “If there is someone who needs to stop him, it’s not me.”

That’s a sentiment that Quartararo’s fellow Frenchman Johann Zarco agrees with too.

Starting alongside him on the front row of the grid after qualifying in third, Zarco worryingly says that he sees the Yamaha rider as in even better shape than last weekend at the Italian Grand Prix, where he won with two and a half seconds in hand. 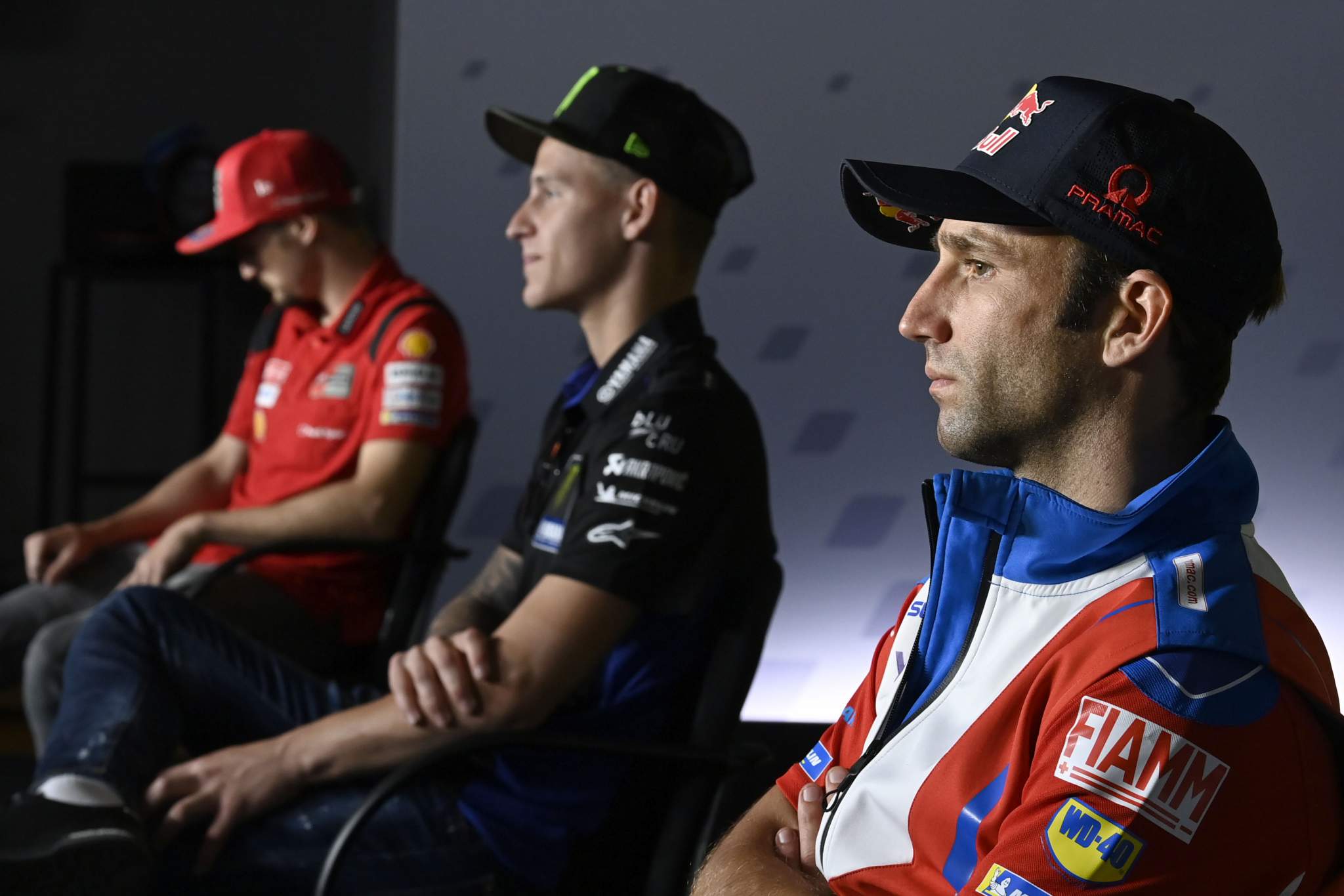 “We can’t say that he has something more, but from the pace that he did in FP4, it seems like he was struggling less.

“He says he was pushing, and we are all giving it a lot, but there is still just a question mark about the tyres and whether they will drop because you can never forget the Suzuki guys. They always surprise us at the end of the race.

“But right now it looks like he is stronger than he was in Mugello.” 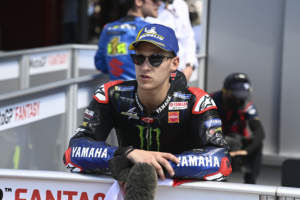 Quartararo banishes all MotoGP title doubts except one
Read more

The “Suzuki guys” are represented this weekend only by reigning world champion Joan Mir in 10th on the grid after team-mate Alex Rins was ruled out of the race in a bicycle crash.

Mir isn’t as certain about Quartararo’s pace as Zarco and Morbidelli, arguing that the intricacies of the Barcelona circuit – and what it does to tyre degradation – might have hidden Quartararo’s true level.

“Fabio has great pace, but we have to analyse it well because when you stop in the box and then restart at this track something happens – and you are almost one second slower. He always tries to go out with new tyres,” Mir replied when asked about Quartararo’s Sunday prospects by The Race.

“It’s true that his pace was really good and he’s done a great job, but it’s not quite clear. 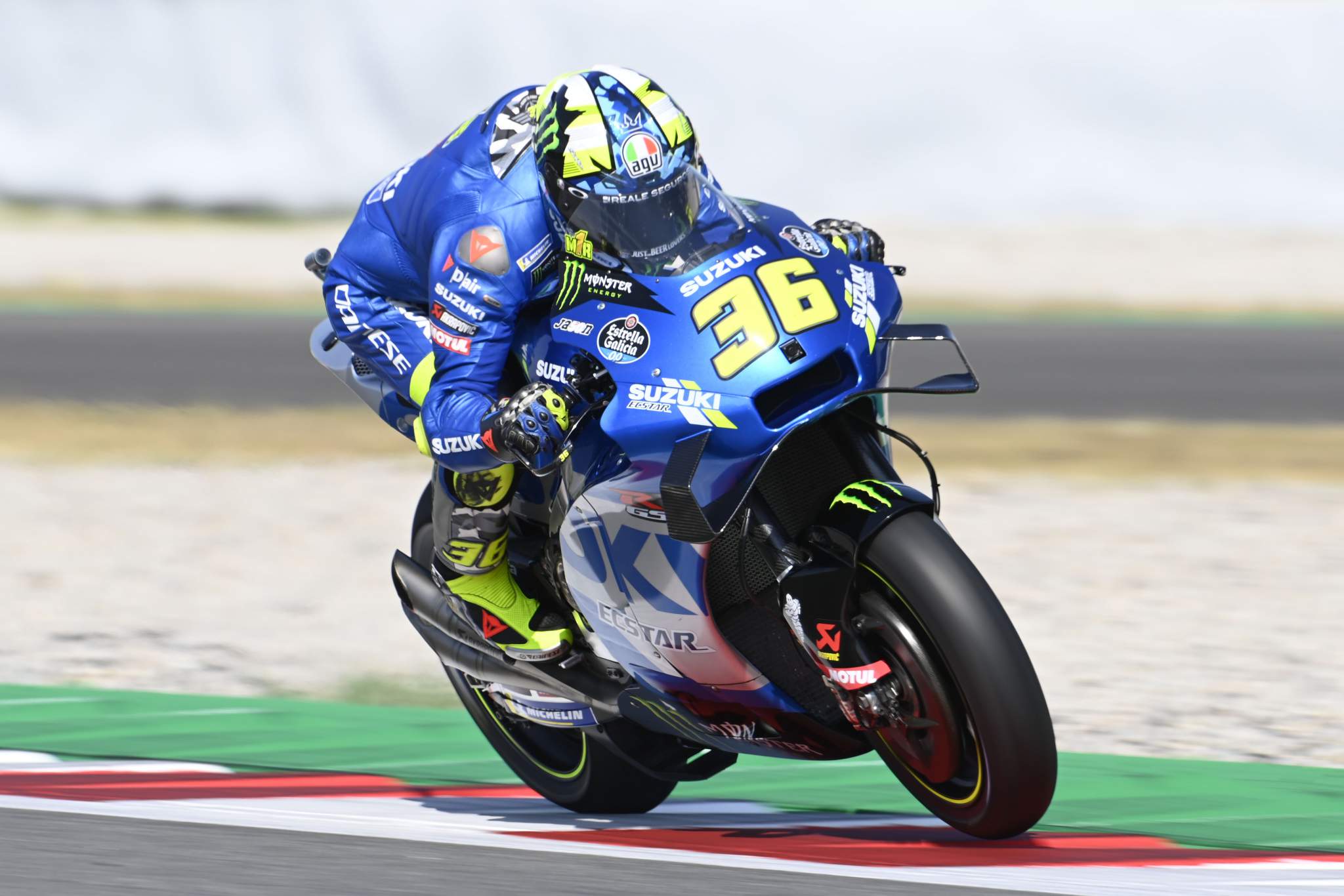 That tyre wear is set to play a key role in the latter stages of the race – and it could well be a key factor according to another man who will be aiming to suffer the least amount of damage possible to his title hopes: Ducati rider Pecco Bagnaia.

He threw another name into the mix in the shape of KTM’s Miguel Oliveira, and like Mir, Bagnaia is not entirely sure what will happen in the latter stages of the 24-lap race.

“For me, I think that Fabio and Miguel are the two strongest,” said Bagnaia, who starts ninth, after qualifying.

“Miguel has an advantage in terms of grip because they have a lot of grip, KTM, but the problem for them is the [corner] entry. So the battle will be balanced. 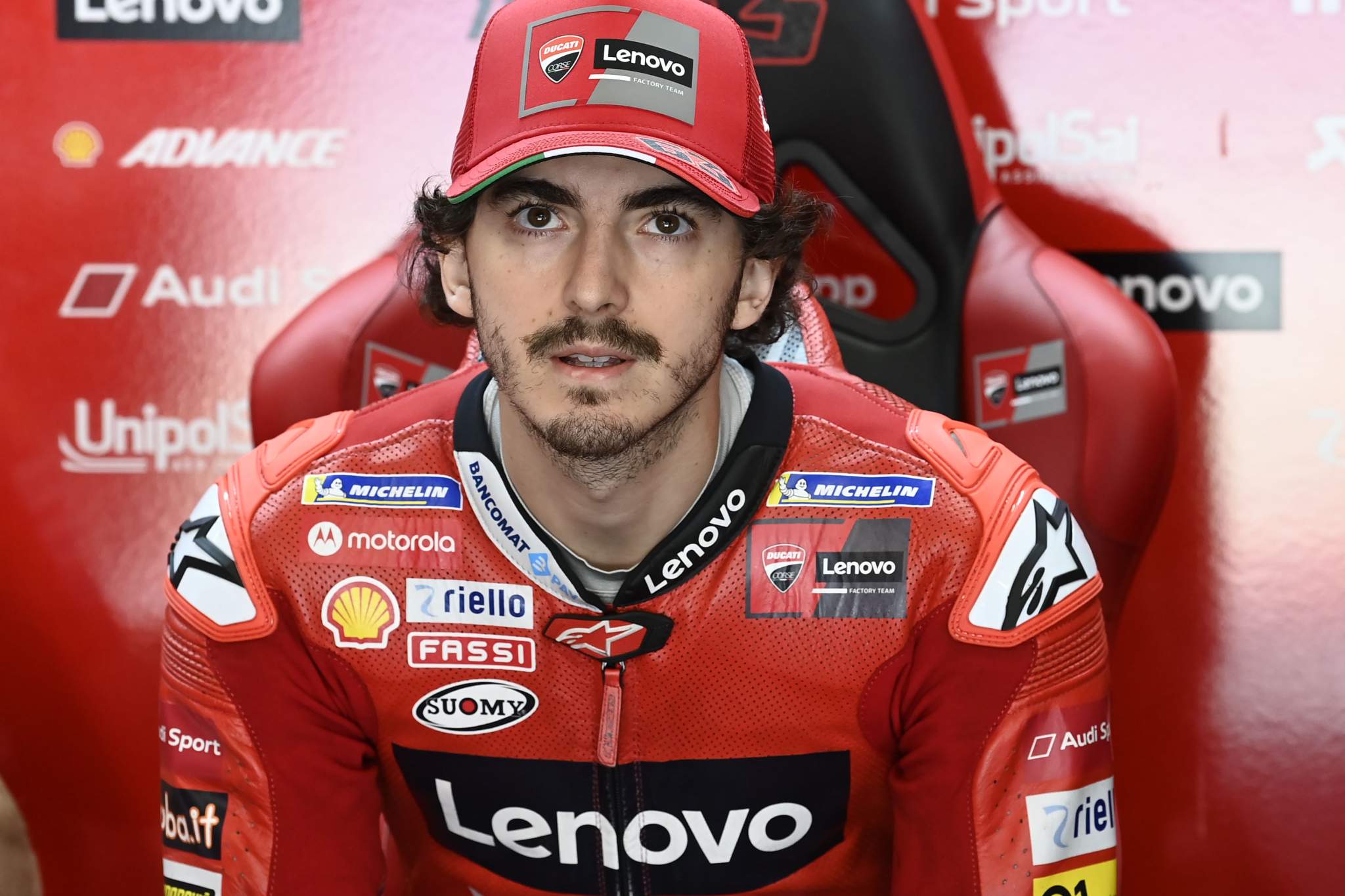 “And I think also it’s difficult to understand and to write which one will be the best because tomorrow will be very important to manage the tyres from the start.

“You can’t push as you want because the rear tyre is very difficult to manage.

“For sure Fabio, he’ll start very strong and he’d like to open a gap from the start.

“But it will be very important for the second part of the race to be more constant with the tyres.

“I think we are strong there, in that moment we can close this gap, but we have to not lose so much time in the start.”