Bagnaia, who was a few laps away from a maiden win at Misano last year before crashing out, made it two wins in back-to-back weekends this year, following on from his first triumph at Aragon.

As the lights went out, Bagnaia maintained the lead from pole, but Quartararo briefly broke up the Ducati 1-2 by picking off Jack Miller at Turn 1 – only for Miller to retaliate aggressively at Turn 3, retaking second and effectively allowing team-mate Bagnaia to make an early break for it. 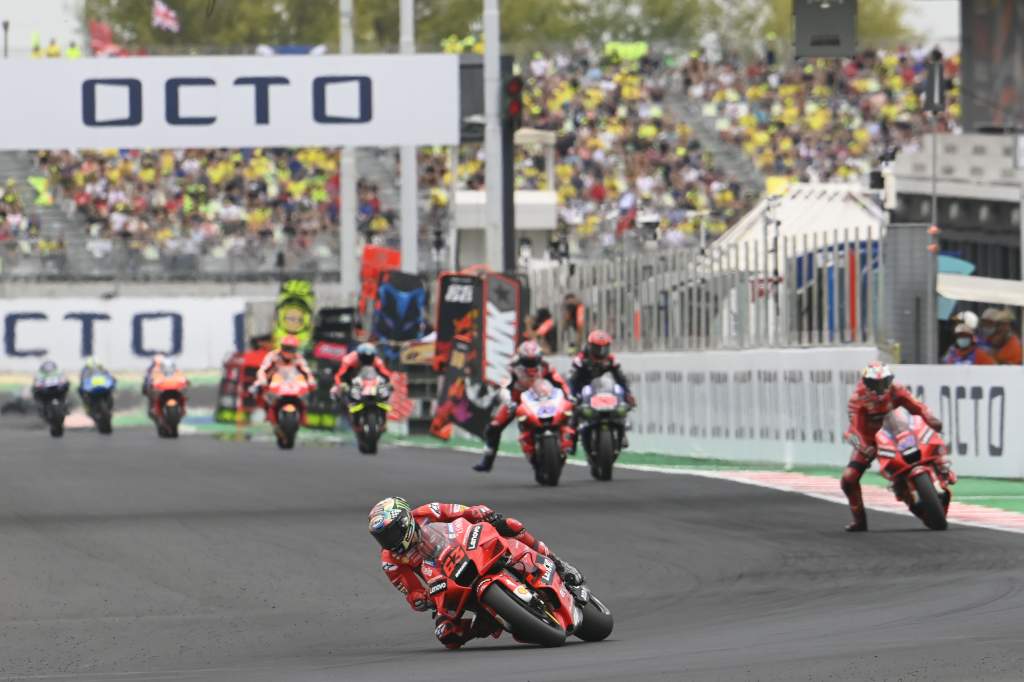 With Bagnaia a second up the road after the opening lap already, Quartararo then came under attack from a third Ducati, that of Pramac rookie Jorge Martin, who ran out wide while lunging down the inside of the Yamaha at Turn 1 on the opening lap and then made that same move stick a lap later.

Quartararo retaliated at the sharp Turn 4 right-hander but was then beaten on the back straight down to Turn 8, before responding again with a pass at the hairpin-like Turn 10. And as Martin tried to stick with him through the lap, he slid out of contention in a slow crash at Turn 14.

Now clear of Martin, Quartararo found himself two seconds off Bagnaia, but the Italian’s lead was effectively doubled when Miller ran wide at Turn 13 and Quartararo copied his mistake.

It took the Frenchman several laps to close in on Miller, but just past the halfway point of the 28-lap race he was finally in Miller’s wheeltracks, getting the move done with relative ease at the Turn 6 left-hander. 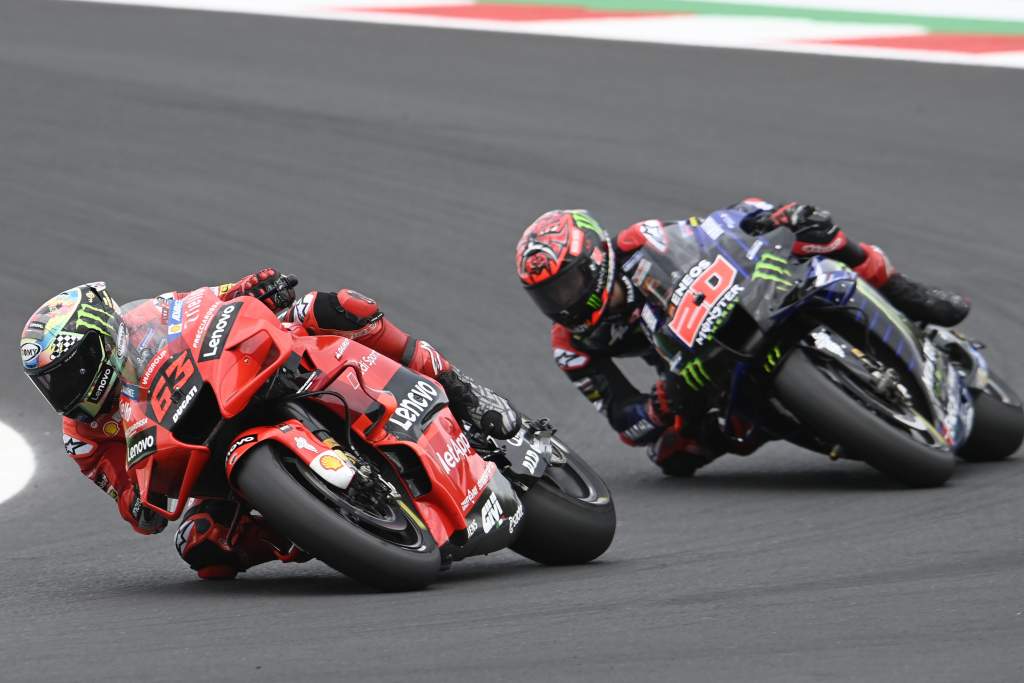 By then Bagnaia had escaped to the tune of nearly three seconds, but with Quartararo equipped with a medium rear compared to Bagnaia’s soft rear, he soon began to make significant inroads into the lead, arriving at the one-second mark with five laps left to run.

The gap was then down to just three tenths entering the penultimate lap, and just 0.135s at the start-finish line heading into the final tour.

But Bagnaia held firm on the final lap, hanging on to beat Quartararo by 0.364s.

It leaves Quartararo with a 48-point lead over Bagnaia in the championship with four races left to run in the season. 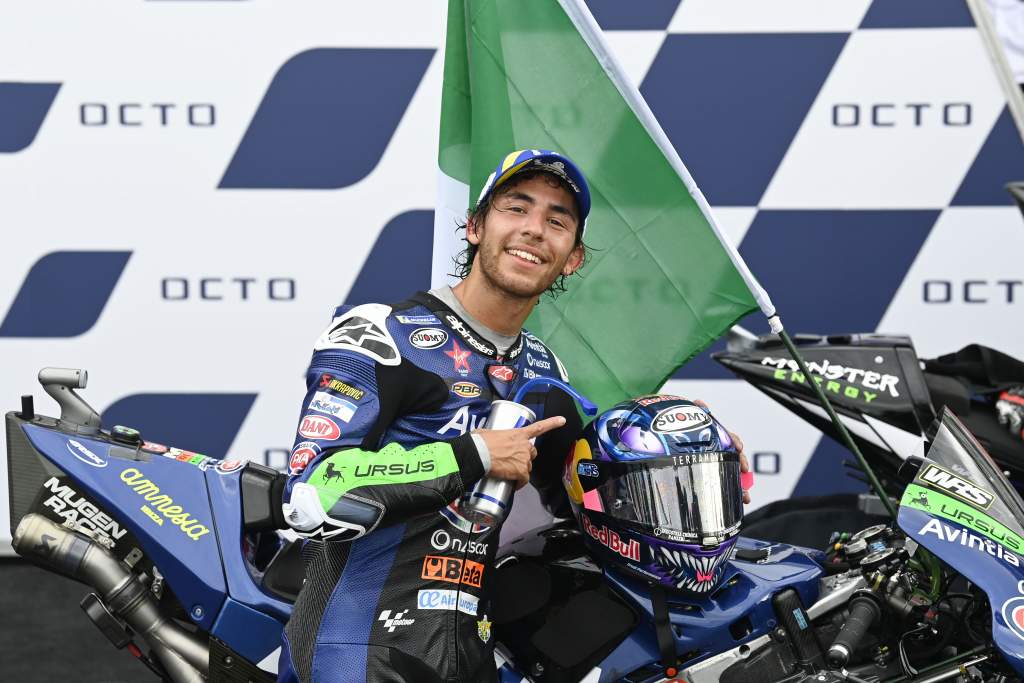 A dazzling Enea Bastianini was the star of the race in third place, the Avintia rookie charging through from 12th on the grid on his year-old Ducati.

The reigning Moto2 champion’s swashbuckling ride culminated in a 19th lap pass on Miller at the fast Turn 13 right-hander to seal his maiden podium. 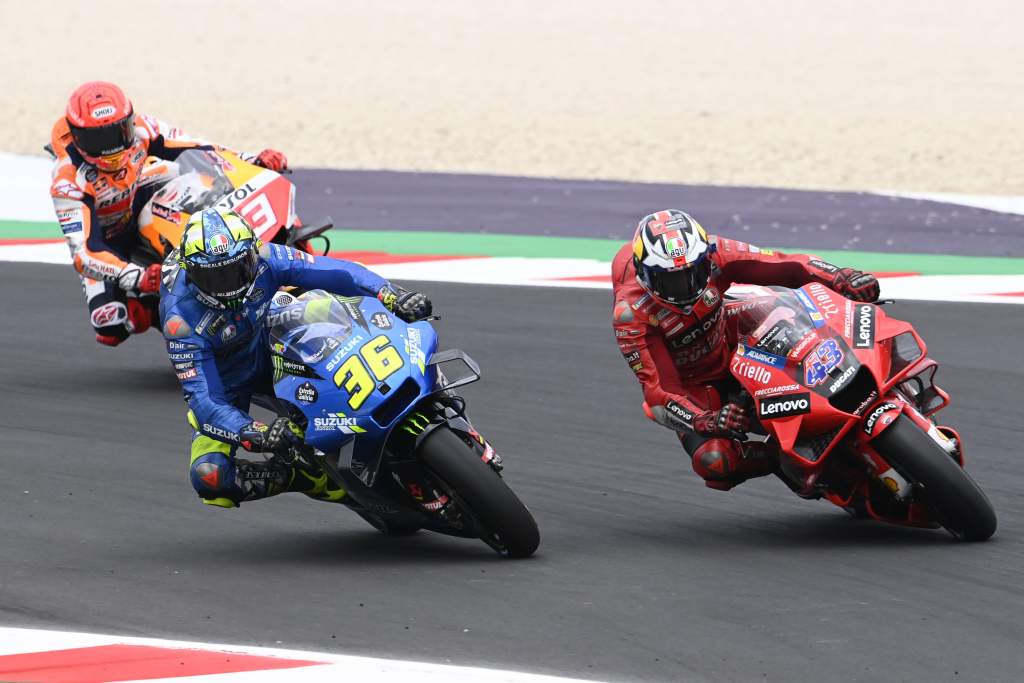 Honda rider Marc Marquez and Suzuki’s defending champion Joan Mir both then overtook Miller on the final tour after Mir took the Ducati wide, although Mir was then demoted to sixth place behind Miller for a subsequent track limits infringement. He remains third in the standings but is now 67 points down on Quartararo.

Mir’s team-mate Alex Rins recorded the sixth non-score of his nightmare 2021 campaign, falling at Turn 1 when running fifth and trying desperately to live with Bastianini’s pace.

Marquez’s Honda team-mate Pol Espargaro was seventh, followed by the lead Aprilia of Aleix Espargaro, the lead KTM of Brad Binder and the LCR Honda of Takaaki Nakagami.

Pramac Ducati’s Johann Zarco, who had started fifth, served a long-lap penalty for cutting the track an generally struggled en route to 12th, behind Ducati wildcard Michele Pirro and ahead of Aprilia’s newcomer Maverick Vinales. 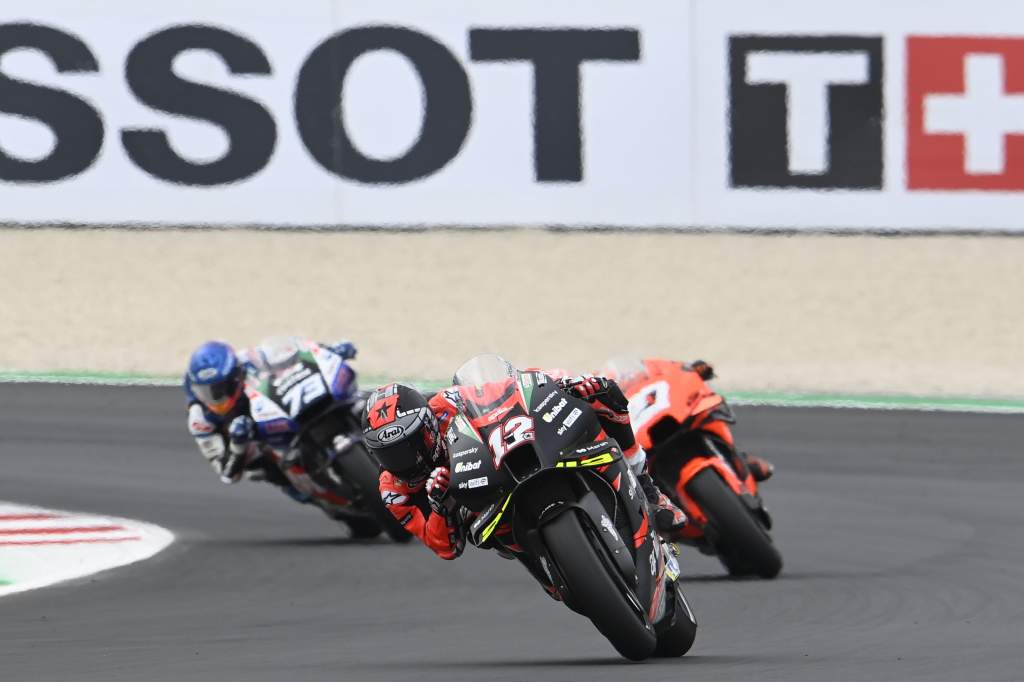 Andrea Dovizioso was 21st and last in his first race for Petronas Yamaha, five seconds down on the rider ahead – that being KTM’s Miguel Oliveira.

Apart from Rins and Martin, who’d actually circulated for a few more laps and earned a couple of long-lap penalties before retiring, the only other rider to crash was Tech3 KTM’s Iker Lecuona, falling out of 15th on a tough day for the Mattighofen marque.

49 mins ago Uncategorized No Comments