Apr 24 2020
By Simon Patterson
No Comments
Share this article

The Dutch and German rounds of the 2020 MotoGP championship look unlikely to take place in 2020, after far-reaching bans on large events were put in place by the respective governments in recent days.

The postponement of the June race at the TT Circuit Assen has already been officially communicated, and the track is will instead be looking to move the race to September or potentially even delaying until 2021, which would mark the first time ever that a grand prix season will not have a race at Assen.

The Sachsenring delay has too been confirmed, by the German motoring association ADAC.

One possibility raised repeatedly in recent weeks in the face of the global coronavirus crisis is running events behind closed doors – but with 2500 people needed to put on a normal MotoGP race weekend and significant industries such as hotels, airlines and restaurants needed to support them, it seems unlikely that even excluding spectators would be enough.

Dorna has been in communication with teams in an attempt to establish the minimum amount of crew needed to put on an event, with a goal of running a race weekend with under 1000 personnel on-site. 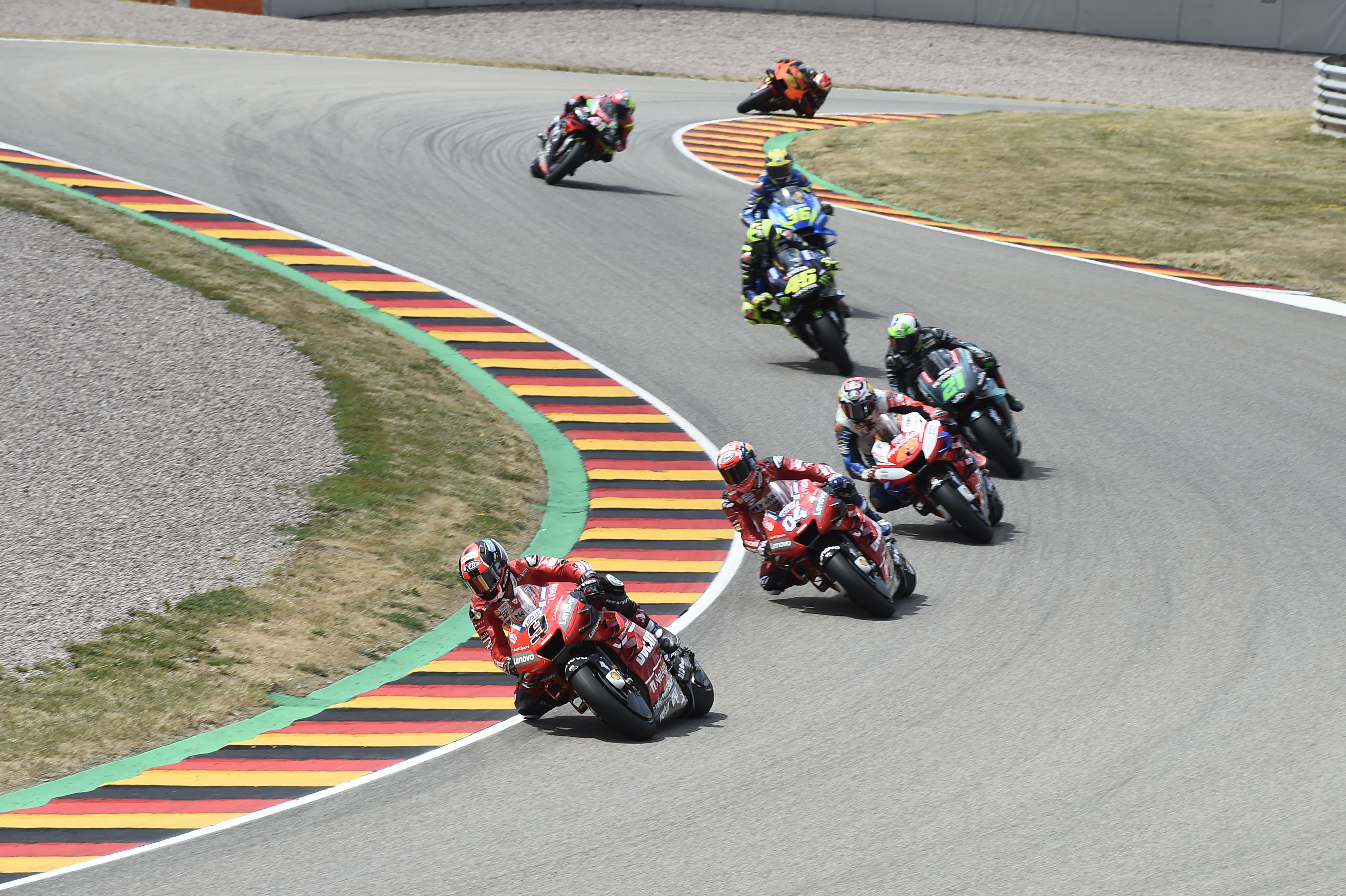 But, despite talk of vastly-reduced staff and no access to media or sponsors, even that may be an impossible task given that key workers such as marshals and medics (already in demand elsewhere) cannot be reduced beyond the numbers specified in race planning documents.

The northern European weather is likely to make finding new slots for Assen and the Sachsenring later in the year difficult.

If the races cannot be rescheduled, losing the Dutch TT at Assen in particular would be a huge blow to MotoGP. The race has been on the calendar uninterrupted since the very first grand prix season in 1949, and Assen remains the hallmark track of the series as well as being a rider and fan favourite.

The newly-returned Finnish Grand Prix has also joined the list of circuits unilaterally delaying their races in the face of government advice, with organisers announcing on August 24 that they too would be looking to postpone their scheduled date from July. There was no confirmation of when organisers wish to hold the first-ever race at the new Kymi Ring track, but its northern European location means that it is one of the most likely to be affected by the weather, precluding an autumnal race.

As things stand, that means that the first possibility of racing on the calendar will be the back-to-back Czech and Austrian Grands Prix at Brno and the Red Bull Ring respectively – which mark the traditional return to action following MotoGP’s summer break in early August.

However, while the Austrian track’s financial backing from energy drink giant Red Bull means it will be secure, the precarious nature of the Brno race means that it’s unlikely it could take the economic impact of a race behind closed doors.