It hasn’t been an easy start to the 2021 MotoGP season for Jack Miller. The Ducati rider finished ninth in both of the opening two races and crashed out of a good position last time out in Portimao just when he needed to get his season underway.

Hired this year to be the number one rider at the Italian manufacturer following the departure of Andrea Dovizioso at the end of last season, it’s meant that Miller’s record has far from met expectations – and has drawn him criticism both in the media and among fans for how slow his start to the season has been. 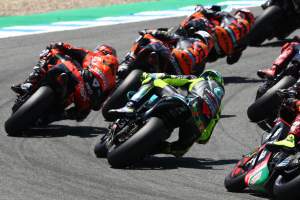 I’ll admit that I’ve been one of those critics, as I was expecting so much more from the 26-year-old after an incredibly strong end to his 2020 season on the satellite Pramac Ducati and I was disappointed that he wasn’t able to up his game to the level that I knew he was capable of.

He’s aware of that criticism, too, laughing it off yesterday in the Jerez post-race press conference when I asked him about how tough the start to the season had been, just after taking what was hands down the greatest success of his career in the Spanish Grand Prix.

“I sent my resume out to a few construction companies in Australia – I thought I was done, going home to Australia, but this feels a bit better now!” he joked. “But it’s as easy as that in this game, and people forget very quickly. I know that you’re one of them, Simon – you all forget very quickly what happens and where you are.” 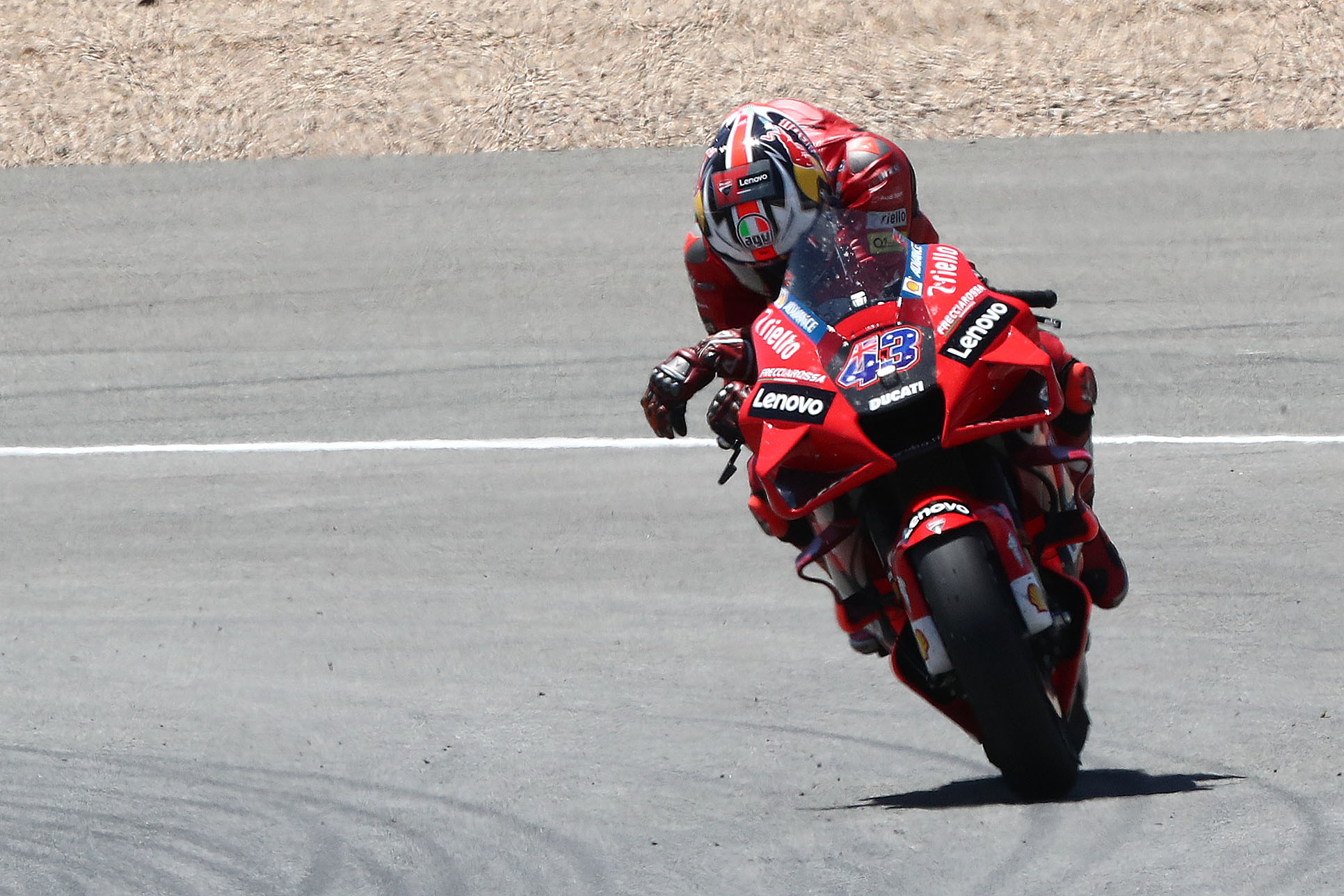 He’s partially right, too. He has come in for a knocking in the past few weeks – and based on his comments to me, it’s entirely possible that he’s been reading our MotoGP rider ratings, where he’s consistently been the lowest scorer so far this year.

But it’s not because anyone has forgotten the talent that the Australian has. Rather, it’s because it’s been almost as frustrating for those watching from the sidelines as it’s probably been for Miller himself as he struggles to get all the pieces together that he needed to make Sunday’s amazing win happen. 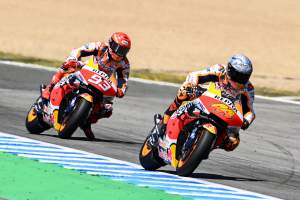 He’s demonstrated consistently that, as always, there’s nothing at all wrong with his time attack performance. Able to put things on the line when necessary, he’s got a special gift for wringing the neck of a MotoGP machine. Think back to his glorious pole position lap in Argentina in 2018, when he rode a damp track like it was the height of summer and left his rivals gobsmacked by his speed.

That’s not something that everyone can do, especially with the intensity and aggressiveness that Miller brings, and it’s perfectly suited to getting the most out of the Ducati. It’s one of the strongest tools in his box, and the one he’s been able to rely on the most this year.

What has let him down more is his race pace. We’ve seen that it’s there in practice, and there have been hints of it in races. But there’s also been two races where he’s started strongly and dropped back through the pack at a rapid rate. 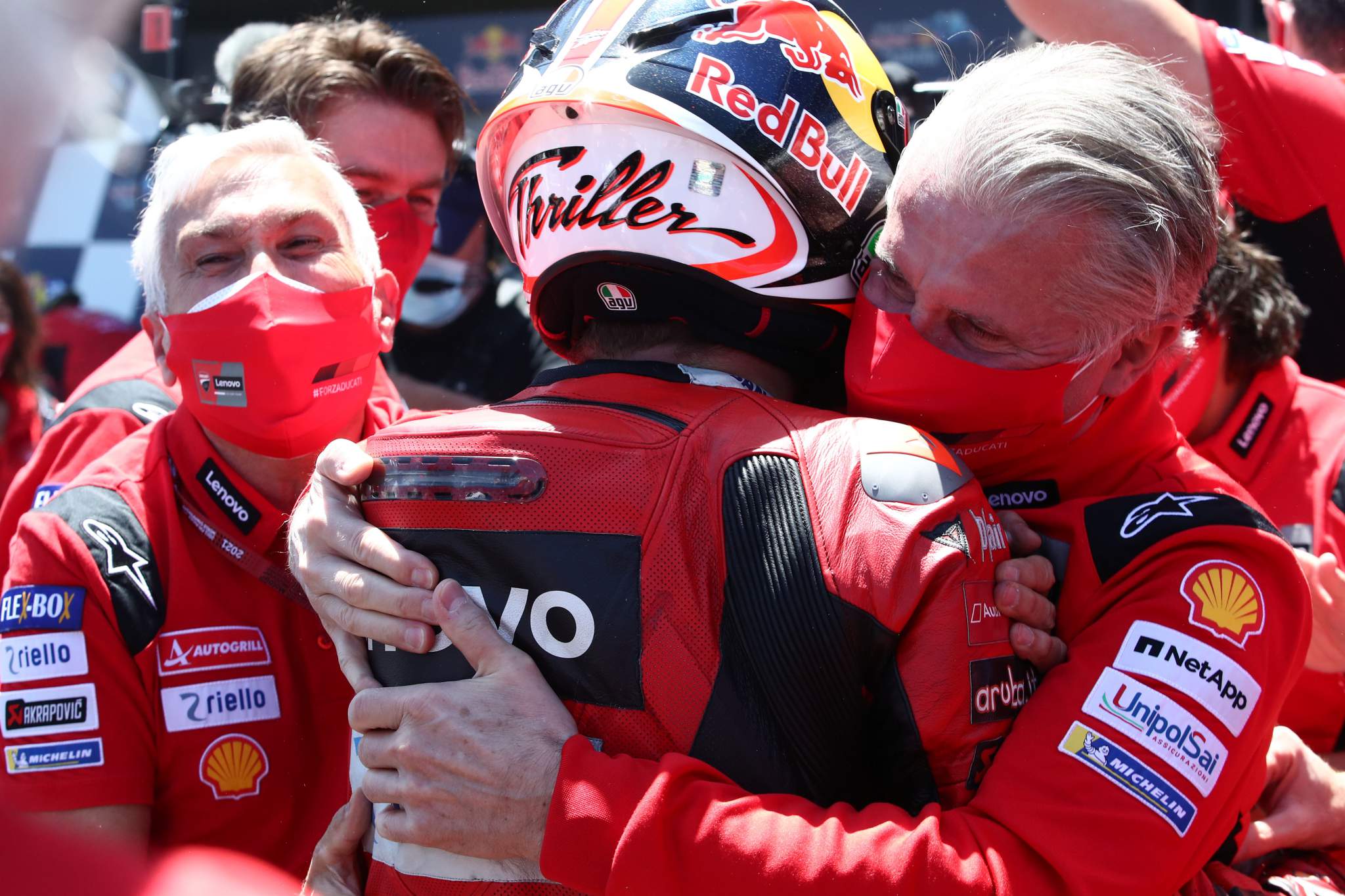 That’s seemingly been because of changing conditions, leaving him struggling to adapt and subsequently out of race contention.

So maybe that’s what has made his Jerez win such a resounding ‘fuck you’ to his critics (this one included). The Spanish circuit isn’t a Ducati track, with its tight and twisty nature exacerbating their turning problems and restricting their top speed advantage.

It wasn’t an easy start to the weekend for Miller, either. He seemingly couldn’t get into the rhythm, and it took a careful analysis of team-mate Pecco Bagnaia’s faster riding style to realise how to best tackle Jerez. 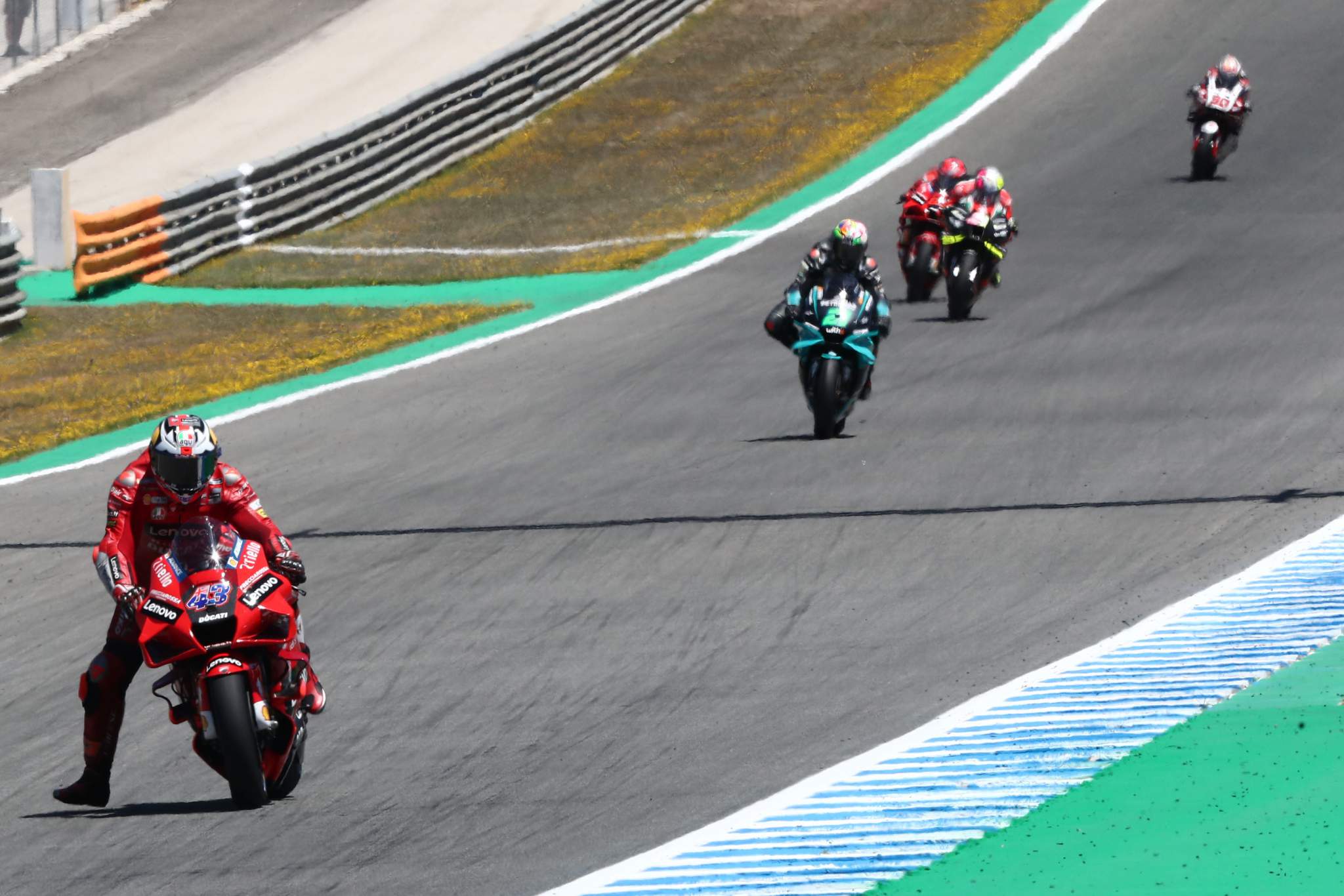 It’s a credit to Miller that he was able to study, learn and adapt from Bagnaia fast enough that he handily beat him in Sunday’s race. It hints at a new side to the Australian, another weapon in his arsenal now, and it could well be the key to unlocking the speed we all know he has but sometimes struggles to show.

And while he might have been helped to take his first-ever dry weather win by Fabio Quartararo’s arm pump problems ahead of him, the thing is – given Ducati’s Jerez record, even a fighting second place for Miller yesterday would have been enough to warrant admitting that he’s shut me up.

Next time out in Le Mans will be a good test of whether things are moving in the right direction. Much like Jerez, it’s not particularly a Ducati-friendly track, but also like Jerez it’s somewhere where they’ve been able to impress on occasion in the past. If Miller can figure out how to be at the sharp end again, especially as the series then prepares to head to Mugello and Barcelona, there’s going to be a few more big servings of humble pie coming my way!