Jun 24 2020
By Valentin Khorounzhiy
No Comments

The Swiss outfit, which operates the Alfa Romeo F1 team, had launched the Sauber Junior Team for 2019 and was represented on several levels of the junior single-seater scene – going as high as Formula 2 in partnership with Czech outfit Charouz where it fielded Juan Manuel Correa and Ferrari junior Callum Ilott.

While that partnership is no more, Sauber has re-launched a driver development programme for 2020 and announced four drivers for the new Sauber Academy’s initial roster.

Beyond 13-year-old Fittipaldi Jr, who currently competes in the OK Junior class in international karting, the other signings are Theo Pourchaire, Dexter Patterson and Petr Ptacek. 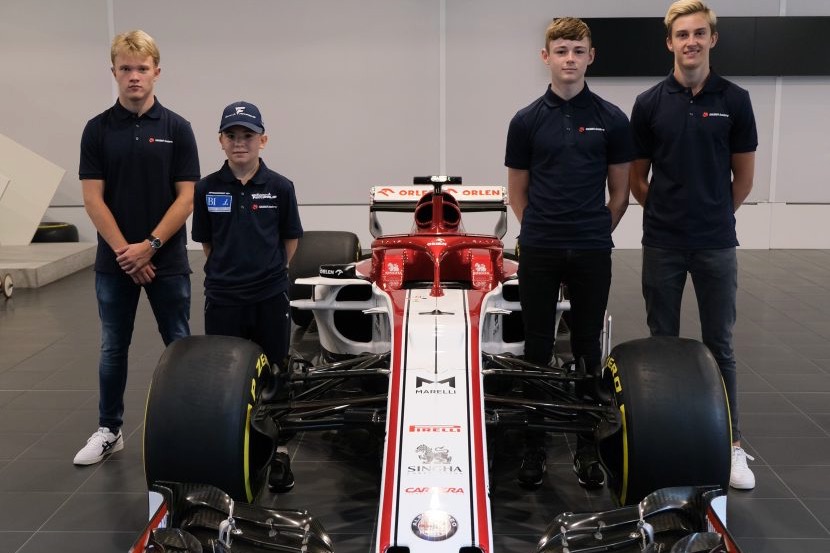 Among these, Frenchman Pourchaire – who was part of the Sauber Junior Team – is the most accomplished name when it comes to open-wheel racing, having beaten Red Bull junior Dennis Hauger and new Ferrari protege Arthur Leclerc to the German F4 title last year.

Patterson, who was previously part of Sauber’s karting set-up, is an accomplished British kart racer and a former world karting junior champion.

He made his single-seater debut with three races in the United Arab Emirates F4 series earlier this year.

Finally, Czech Republic native Ptacek has assembled a quietly impressive open-wheel CV since stepping up to car racing in late 2017, having scored a win in Spanish F4 and podiums in Italian F4, the Eurocup Formula Renault, the Toyota Racing Series and the MRF Challenge.

“The Sauber Academy, born under the auspices of [Alfa Romeo F1] Team Principal and CEO, Frederic Vasseur, and under the direct supervision of Sporting Director, Beat Zehnder, will provide its inductees with the training necessary to progress on their way to their ultimate target, Formula One,” Sauber’s announcement read.

The Road to @F1: Sauber Academy launched to raise motorsport’s next star! 🏁

“This will take the shape of mental and physical training, technical work with the team’s engineers, media training and work on the simulator – both for F1 and for the drivers’ respective series – in order to develop a complete and well-rounded driver, capable of dealing professionally and successfully [with] all the on- and off-track challenges a career in motorsport delivers.”

Pourchaire will race for frontrunning outfit ART Grand Prix in FIA F3 this year, while Ptacek will represent its sometime affiliate R-ace GP in a sophomore Eurocup campaign.

Fittipaldi Jr is poised to make his F4 debut in the Mexico-based NACAM F4 series next year, whereas Patterson’s exact plans are as of yet unconfirmed. 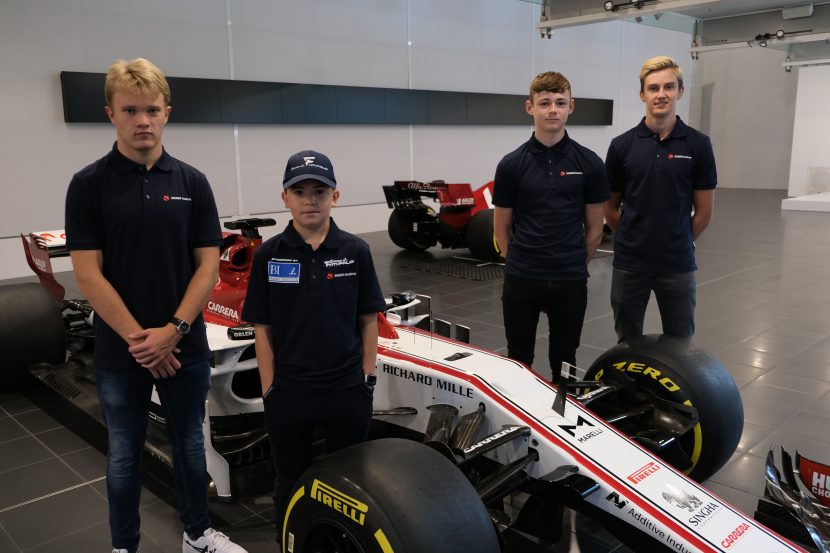