Jamie Chadwick has successfully defended her W Series title after defeating Alice Powell in the double-header season finale at the Circuit of the Americas.

Powell and Chadwick entered the final round level on points, but Chadwick took a decisive advantage in qualifying when she claimed a place on the row for both races, while Powell found herself in the lower reaches of the top 10.

Envision Virgin Formula E simulator driver Powell charged from 10th to third in the opening race on Saturday, while Chadwick overhauled first time polesitter Abbi Pulling at the start to dominate the race thereafter for her third win of the season. 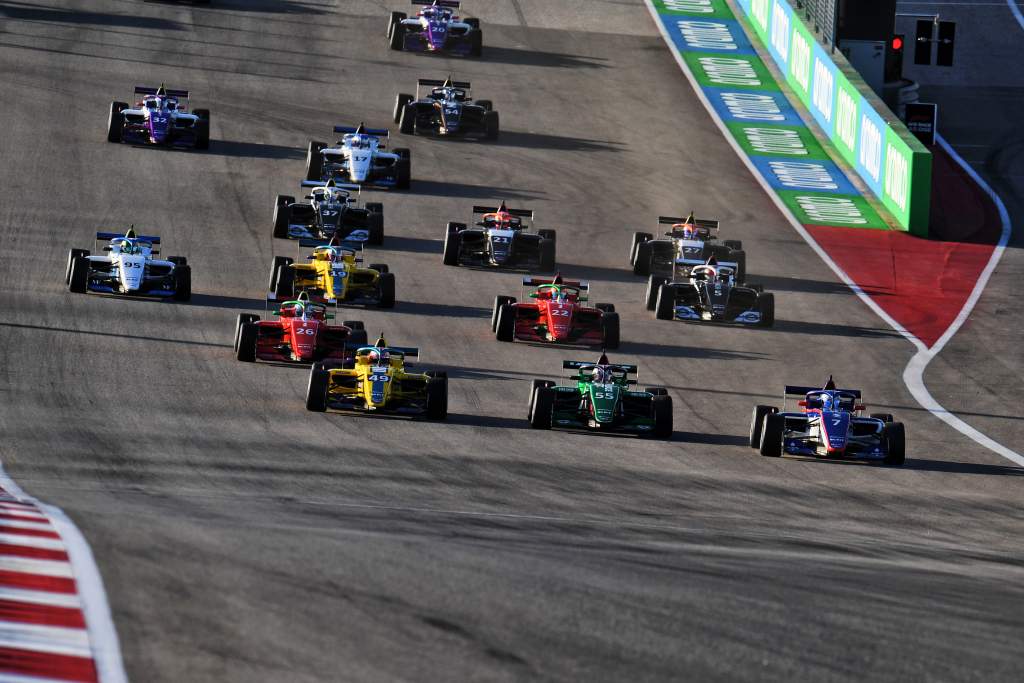 Powell’s heroics left her 10 points adrift of Williams Formula 1 junior Chadwick, but Powell still had to start the second race from eighth place while Chadwick had pole for race two.

Powell wasn’t able to repeat her charge on Sunday as she became bottled up behind Belen Garcia for the majority of the race.

With four minutes remaining, Powell passed Garcia into Turn 1 for sixth place but by that time the top five drivers were out of reach.

At the front, Chadwick continued her most dominant weekend of a season where she’s faced much stiffer competition than when she won the inaugural W Series season in 2019. 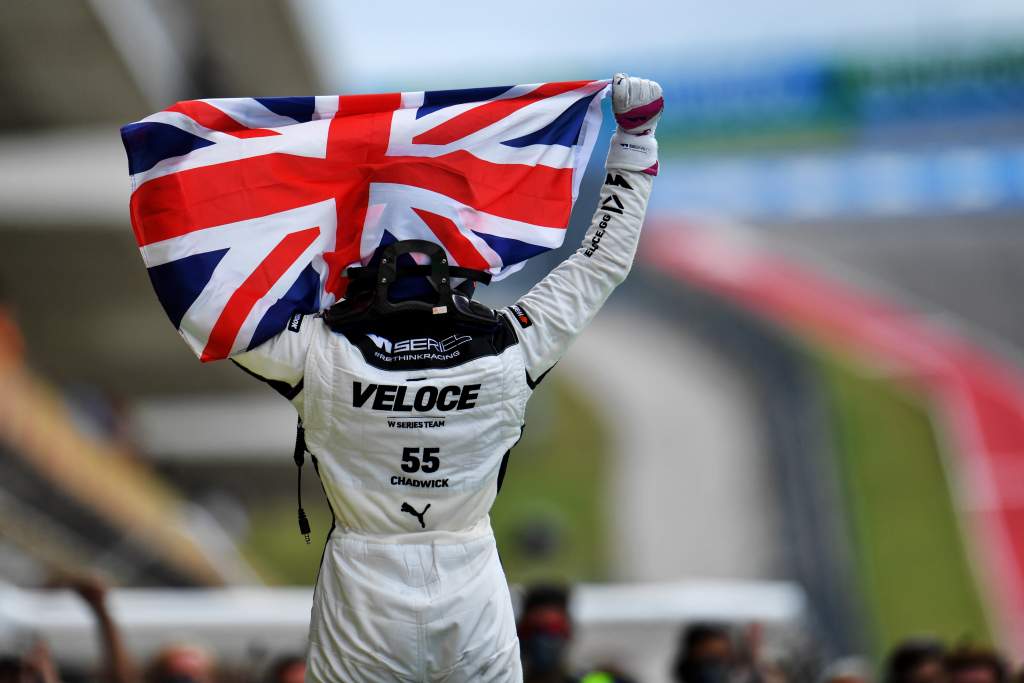 Chadwick not only retains her W Series title and gets another $500,000 prize but will also receive 15 Formula 1 superlicence points in W Series’ first year running on the F1 support bill.

That prize money is intended to help the leading drivers progress up the ladder, but champions are able to return to W Series albeit without eligibility for more F1 superlicence points.

Pulling, who was forced to prematurely end her British F4 season for financial reasons, picked up her maiden W Series podium in the second race of what is only her third weekend in W Series. 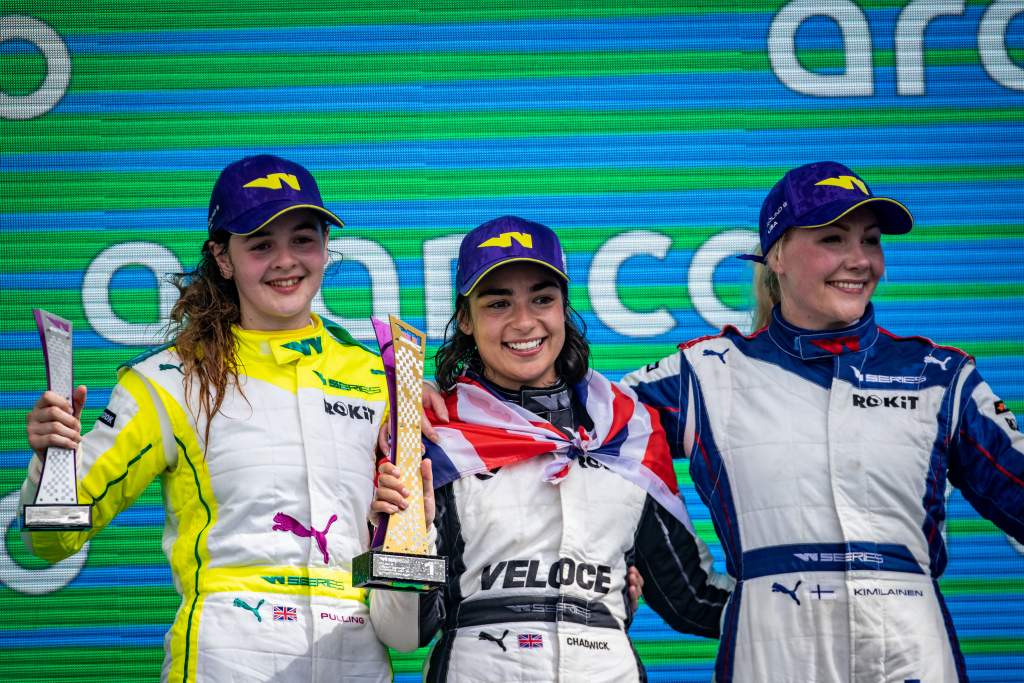 Remarkably Pulling – a protege of Powell – leaps up to seventh place in the drivers’ championship and secures an automatic seat for 2022 by virtue of the top eight drivers in the standings securing a guaranteed return for next year.

Emma Kimilainen continued her strong end to the season with a pair of podiums to secure third place in the drivers’ championship ahead of Nerea Marti and Sarah Moore.

The top eight in the standings was completed by Fabienne Wohlwend, Pulling and 2019 runner-up Beitske Visser.