The wife of ex-Formula 1 driver and two-time CART champion Alex Zanardi has released an update on her husband’s recovery from his handcycling accident in June last year.

Zanardi was involved in a collision with a large road vehicle while competing in a handcycling relay race in Italy, and arrived in hospital with “major facial cranial trauma, a smashed face, and a deeply fractured frontal bone [forehead]”.

Following three surgeries the multiple Paralympic gold medalist was released from intensive care to a specialist rehabilitation centre, but he was taken back to intensive care one month later in July last year.

The 54-year-old is now residing in a “special clinic, where he is undergoing a rehabilitation programme”.

Jun 24 : Working with Zanardi and other listener questions

In a Q&A issued by BMW, for which Zanardi is a driver ambassador, Zanardi’s wife Daniela summarised his recovery one year after the accident.

“It has been a very complex process that has required more neurosurgery and been characterised by a number of setbacks,” she said.

“Alex is in a stable condition, which means he is able to undergo training programmes for both his brain and his body.

“He can communicate with us, but he is still unable to speak. After a long time in a coma, the vocal cords must regain their elasticity.

“This is only possible through practice and therapy. He still has a lot of strength in his arms and hands, and is training intensively on the equipment.” 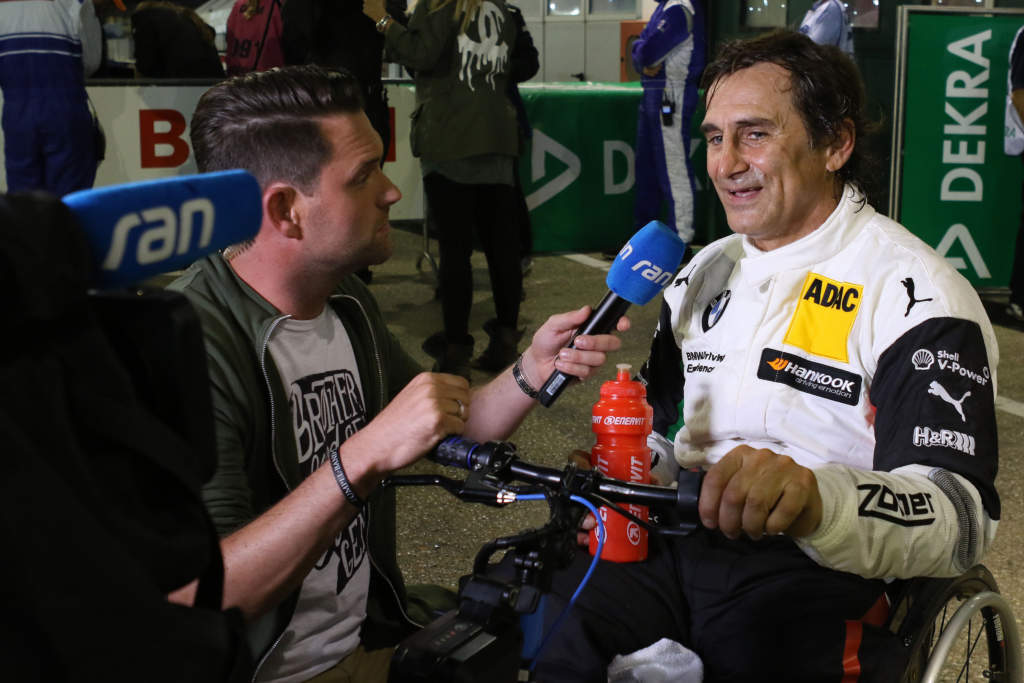 Daniela Zanardi said she wanted to say a “big thank you” on behalf of Alex and added that she “would like to tell all those people who are thinking of and praying for Alex that he is fighting – as he always has done”.

When asked about his future prospects, Daniela admitted it would be a “huge challenge” and a “very long journey”, so she wouldn’t be making any predictions as to when he can be released back home.

She also confirmed that they’d “leave it at that for the moment” with regards to updates.