Why IndyCar’s best driver is relying on guesswork

Winning four of nine races in one of the most competitive top-level championships in the world doesn’t sound like guesswork, does it? But trust us, it’s a massive factor in IndyCar right now.

At 40-years-old, Scott Dixon is having one of his best seasons. His innate talent is now matched by decades of experience in the series, and when the team gets everything right, it’s an unassailable package. 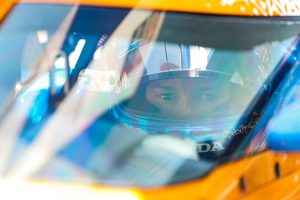 How a five-time champion proved himself yet again
Read more

The team went from being “really thin” – Dixon’s words – to stacked with talent. With an off-season focusing on oval pace and the Indianapolis 500 in particular, the squad dominated the season opener at Texas where Dixon won and reigning rookie of the year Felix Rosenqvist probably would have if not for crashing while passing lapped traffic.

Dixon added the next two races – road courses at Indianapolis and Road America – to his 2020 CV, before winning again at Gateway last weekend following the only real blip in the season: another runners-up finish in the Indy 500 which really hurt. The Gateway win was an acceptable tonic, though – and it was only the small matter of his 50th IndyCar win!

One thing that has been the case in pretty much every scenario this year is that – strategy permitting – Ganassi has always been good on the long-run, especially at the end of races.

When asked about how the team did this by The Race, Dixon gave an extremely in-depth and detailed answer.

“Trust me, you’re always trying to be as fast as possible in qualifying, you want to have no deg in the race. That combination never really works out!

“I think this year we struggled a bit more in qualifying than we personally like, especially on road courses. Between all three of us, it seems hard for us to get our car in the window for the ultimate lap time.

“We know how competitive the NTT IndyCar Series is. Even the likes of Indianapolis road course, my two laps combined in Q2, were quickest. I struggled to piece them together with just how the tyre came in. Yet Road America deg was pretty good and better than others.

“We’re still trying to work out why we struggle a little bit on peak performance for qualifying across the board. In the past, we’ve had really good deg.

“Today [race one at Gateway] I think we were kind of in that boat compared to maybe the Schmidt [Arrow McLaren SP] cars. If you look at Sato, I have to go through the data, they pitted pretty late, so he had pretty fresh tyres near the end.

“We do try to cover it all, but it’s very tough. When you have no practice or testing or anything like that, it’s really hard. A lot of the testing we went through yesterday, we went through three or four sets of tyres.

“You’re not doing anything that you’re going to do in a race, where you are putting over 50 laps on a set. You are doing 30 or 40 at the most, and those are kind of broken up.

“A bit of a guessing game at the moment to be honest. We just try to make the best guess of it and try to understand the most, learn from the mistakes throughout the season and last year as well.”

It’s something not specific to Dixon.

Teams are still observing social distancing measures and all that comes with operating in a pandemic, so getting everything right on the car pre-race is compromised. For the same reasons, drivers aren’t able to use the Honda or Chevrolet simulators quite as much as they would have previously, which affects their preparation. 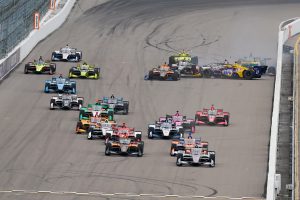 What we learned from IndyCar’s last 2020 oval
Read more

Arriving at the track, practice sessions have – in the most part – remained the same length as last year. But in a year where the aeroscreen has added weight up high, altered tyre degradation and changed how turbulent air affects traffic, there’s a premium on track time and the learning that comes hand in hand with it. And without any serious testing in the 2020 season, teams are at a huge pre-race disadvantage.

It means teams are arriving at a track with cars that aren’t somewhere in the optimum window already. And you don’t have time to be making four or five major set-up changes back in the garage in practice, as that is valuable track time lost. Perhaps the best example was Ryan Hunter-Reay last weekend – frequently strong on short and medium speed ovals – but a brake problem in practice set his whole weekend back.

As explained by Dixon, it means teams aren’t always getting representative race running in practice and have a lot of alteration to do in-race, more so than before.

It’s a ‘pick the biggest problem and fix it!’ approach for most teams, as opposed to honing a car already in the ballpark as would normally be the case.

It’s also reduced the ability of the bigger teams to share data effectively. That’s been made immediately more difficult by not having a big engineering debrief in the same room for example, as everything is done via Zoom. In a number of cases this year there’s been less time between sessions than normal too, which means there’s less time to learn and make changes from the data obtained.

In qualifying, the cars go into parc ferme, so you can’t even use that as a test session as you can’t make major changes before the race.

Of course, the cream rises to the top and the best outfits make the most of this situation to extract the maximum. The fact there’s all of this uncertainty and guesswork and Dixon and Josef Newgarden have won six of the nine races proves that. Newgarden won the other race at Gateway last weekend, where on track passing was tough.

But it’s no surprise to see people like Jack Harvey at Meyer Shank Racing and Conor Daly at Carlin, able to excel and deliver standout performances on any given weekend, even in smaller teams. Carlin especially, as Meyer Shank at least has a technical partnership with Andretti Autosport, which it has arguably outperformed this year.

It’s an intriguing back story to the 2020 season, how the coronavirus pandemic has affected on-track performance on race weekends.

It seems some are better at guesswork than others…