Indy Lights is one of the most reputable junior single-seater championships in the world, and it’s available to watch with The Race all season long.

With IndyCar tests for the top three championship finishers and a guaranteed three-race plus an Indianapolis 500 entry for the champion – altogether equating to a package worth almost $1.3million – there’s no lack of motivation for the challengers. 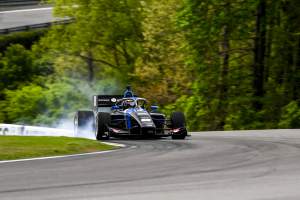 Following a similar calendar to IndyCar, Indy Lights kicks off this weekend at Barber Motorsports Park with Swedish rookie Linus Lundqvist taking a dominant victory from pole by over five seconds in the first race, which you can re-watch below.

HMD’s David Malukas – who was taken out of second position at the first corner on lap one by Kyle Kirkwood – has a chance for redemption as he is on pole for the second race.

With the Indy Lights track record already being beaten in both qualifying sessions despite the addition of a halo this year, the action has been frantic.

Audiences outside the United States can watch the action with The Race on our YouTube channel or via the embeds below: