Romain Grosjean says his biceps were hurting after his first morning of IndyCar testing at Barber Motorsports Park, which also featured a crash.

The ex-Haas Formula 1 driver was getting his first on-track action with Dale Coyne Racing ahead of his switch to IndyCar and a road and street course based programme this year.

Early on in the session he appeared to be pushing hard when he lost the car and crashed at Turn 1. The car was believed to go rear-end-first into the barriers.

Turn 1 is a fast left-hander that leads into a long right-hander reminiscent of the first turn at the Shanghai circuit in China, as shown in the video below.

“After the first run my biceps started hurting a bit, and I thought, ‘OK, OK. Now we’re talking,’” Grosjean said, giving his first impressions of the car to IndyCar.com.

“You really feel the car. I guess you can drive it a little bit more with your driving style with the way you apply the brake and your turning and so on.

“You can actually use different lines, whereas in Formula 1 you may be more stuck to the ideal line because of how the aerodynamics work. 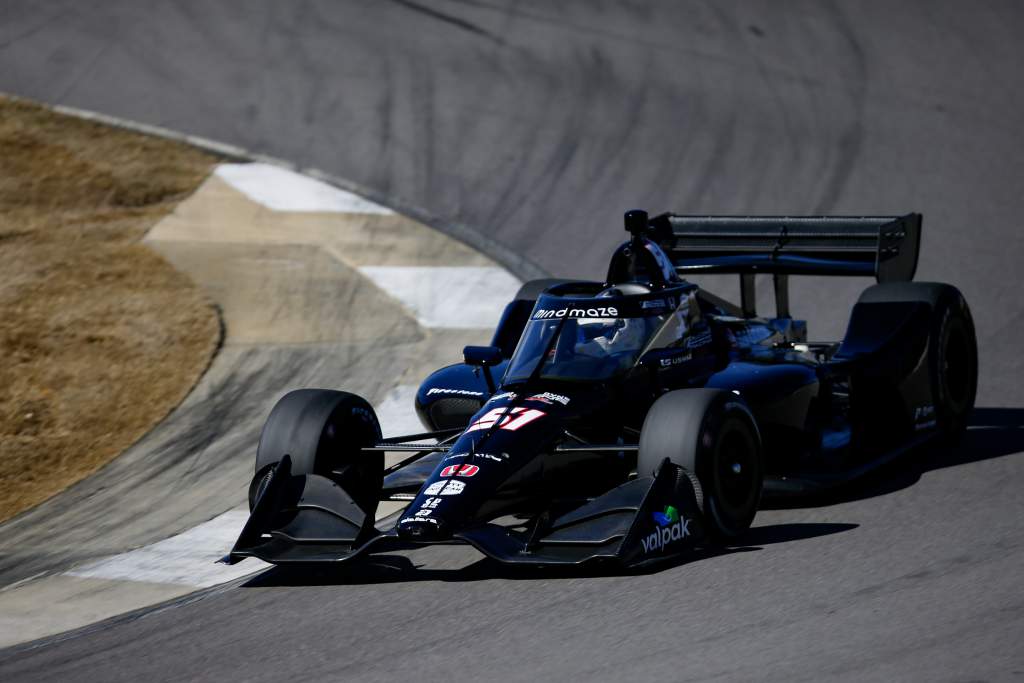 “I made a mistake this morning, and I spun. I was stuck in the gravel.

“[The track] has consequences, and you need to stay within the limits, which I always quite enjoy.”

Aside from the bicep ache and the small error, which really only delayed his running by around 30 minutes, Grosjean felt at home in the car and The Race understands the team has been impressed by how quickly he has adapted.

“The talking is made on track, and whenever you remove your helmet it feels like everyone is friendly and likes to talk and chat” :: Romain Grosjean

The IndyCar has far less downforce than an F1 car and lacks power steering, meaning it is a totally new beast compared to what he has been used to in recent seasons.

“It’s a different car, a different position, but apart from that, everything felt great and normal.

“I just need to get used to a new car. It reminds me of when I was jumping from Formula Renault to Formula 3 and GP2. So far, I’ve been really happy with it. 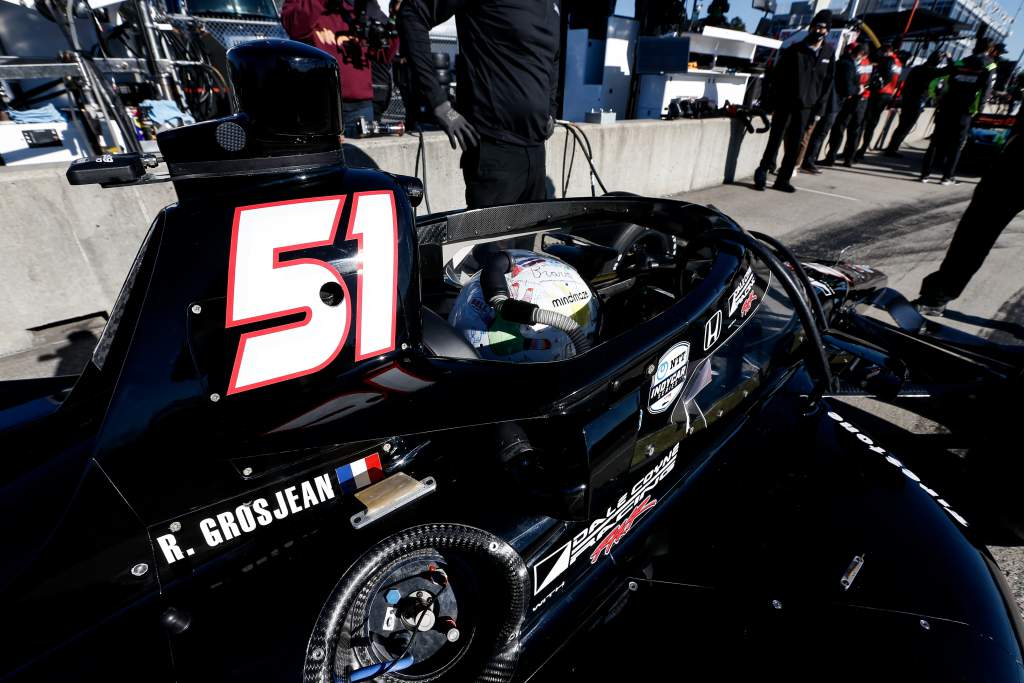 “The mechanical grip of the car has been really good.

“I can really understand why you can make the racing good.

“The way the team works is really good. It’s different, but I’m happy with that. Trying to adapt myself has been quite smooth.

“I think the more testing we have, the better it is, but I’m also very much looking forward for it to be the 17th and 18th of April to go racing.” 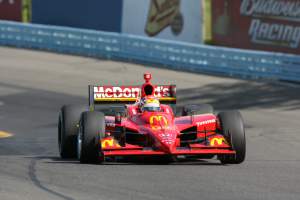 Grosjean has been in F1 for the last nine years, and the IndyCar paddock was always likely to offer a different feeling to what he is used to.

“When I came yesterday, I was quite surprised to see that the cars are being set up here, and there’s no closed garage or tents,” Grosjean added.

“You get to go into the pitlane, and I was talking to Sebastien Bourdais, and Takuma [Sato] came over, and we had a good chat next to his car. 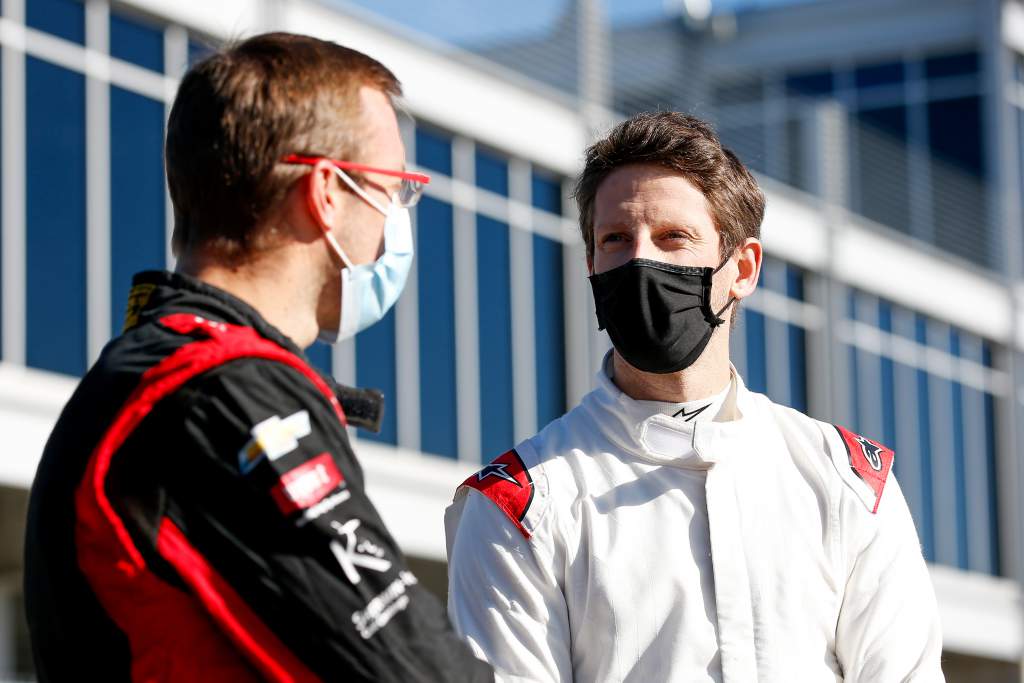 “The talking is made on track, and whenever you remove your helmet it feels like everyone is friendly and likes to talk and chat.”

The 34-year-old is back on track this afternoon before talking to the wider media this evening.

He is wearing a helmet featured a design by his children, that he was scheduled to use in the Abu Dhabi Grand Prix. His crash in the preceding Bahrain race cost Grosjean the chance to use the helmet livery and conclude his F1 career with Haas on-track.

That helmet ❤❤❤
I'm so happy to finally wear it. It means much more than I could even imagine when it was created at home early November. @marionjolles, Sacha , Simon & Camille will be with me more than ever 😍😍😍😍😍😍😍😍#r8g #indycar #us2021 pic.twitter.com/P3DpoNia9W

He is joined by new team-mate Ed Jones and another 11 cars on track in the private Barber test, including the whole Team Penske outfit.

Double Indianapolis 500 winner Sato is also in action and is the most recent winner at the track following his 2019 success.

The race at Barber was cancelled last year due to the coronavirus pandemic. However, the Alabama venue is set to open this year’s season on April 18.