A huge late crash for Spencer Pigot meant the event finished under yellow, at a point where Sato was just about managing to keep the pursuing Dixon and Graham Rahal at arm’s length.

Fernando Alonso had a troubled run to a lapped 21st, in what will be his last Indy 500 for at least two years.

Dixon had taken control of the race immediately and at times led by as much as 10 seconds, only losing the lead when pit strategies diverged or when he deliberately allowed main rivals Sato and Alexander Rossi to pass him so he could save fuel in their slipstream. 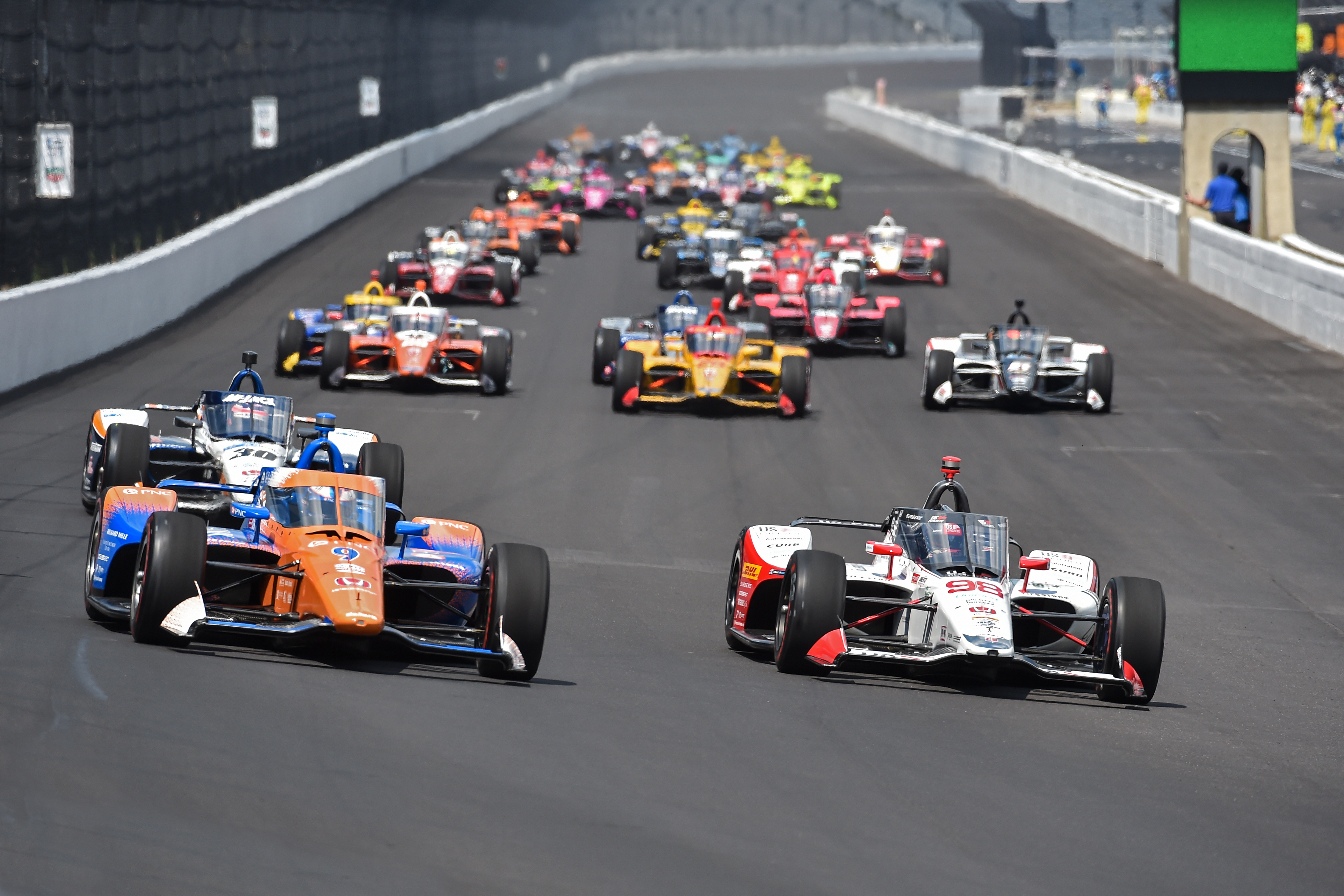 After the final stops, it came down to Ganassi driver Dixon just ahead of Rahal Letterman Lanigan’s Sato, with Josef Newgarden and Graham Rahal just behind.

As Newgarden began to fall away, Sato passed Dixon around the outside at Turn 1 with 27 laps to go in what proved to be the pass that secured the win.

Dixon’s best shot at retaliating came 14 laps later but Sato successfully defended and then made a small break.

He was maintaining a slight cushion over Dixon and Rahal through lapped traffic with four laps left when Pigot – driving for the new Rahal-affiliated Citrone Buhl team – lost control at the final corner and had a huge impact with the end of the pitwall. He got out of the car with assistance from the medical crew, and was released unhurt after checks in the medical centre.

Santino Ferrucci was also a factor in the lead battle late on and beat Newgarden to fourth.

Alonso was never in contention near the front, with handling issues and electrical problems affecting him throughout his run to 21st.

But his Arrow McLaren SP team-mates Oliver Askew and Pato O’Ward were much more competitive.

REPLAY: Yellow Flag is out after this incident involving @conordaly22 and @oliver_askew.

Askew led for a spell after going out of sequence on pitstops early on, though he ultimately crashed heavily when taking evasive action as Conor Daly spun on a restart.

Rossi was another potential winner who crashed out. He had fought back from an aborted pitstop – caused by the call to pit coming too late because the team’s overheating pitwall equipment had to be reset – to battle Dixon up front but was then put to the back of the pack as a punishment for pitlane contact with Sato. The crash came as he attempted to fight back through the field. 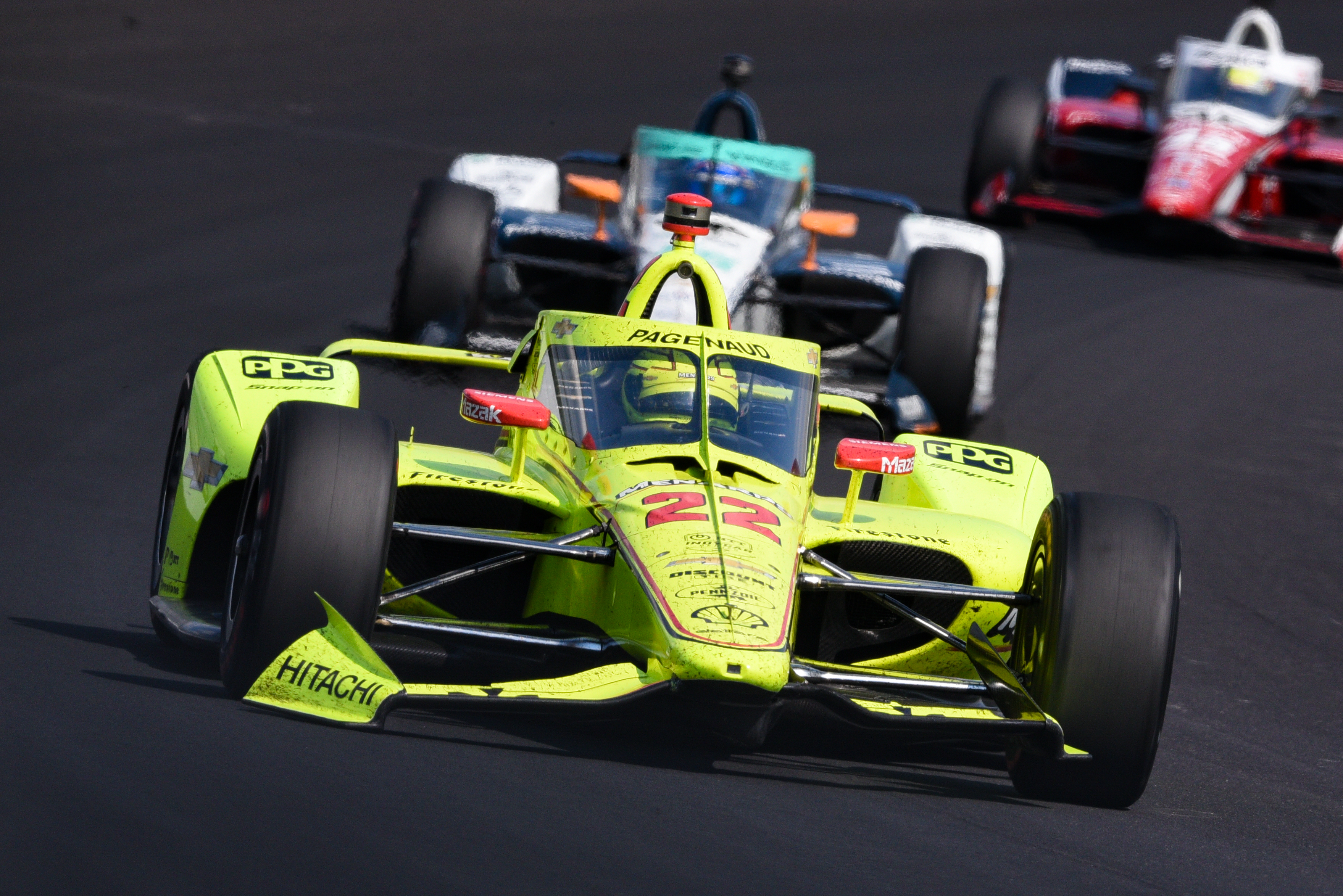 Last year’s winner Simon Pagenaud also had a shot at victory as he, Askew, Will Power and Helio Castroneves led a group of off-sequence cars. That strategy was spoilt by the timing of yellows even before Pagenaud sustained damage in a brush with Hunter-Reay. He finished 22nd.

Polesitter Marco Andretti fell back steadily through the race and finished only 13th.

Rookie Rinus VeeKay lived up to his qualifying form with some bold early moves and strong initial pace but a pitstop in which he clipped crew members – who were unhurt – led to a penalty that consigned him to 20th at the flag.

His team boss Ed Carpenter’s race barely got going before a touch with Zach Veach forced a long pitstop for repairs.

Alex Palou and Marcus Ericsson both had solo crashes having been top-10 contenders, while the race’s first retirement was the most bizarre – James Davison covering just four laps before his right-front wheel caught fire in dramatic fashion due to an apparent brake issue. 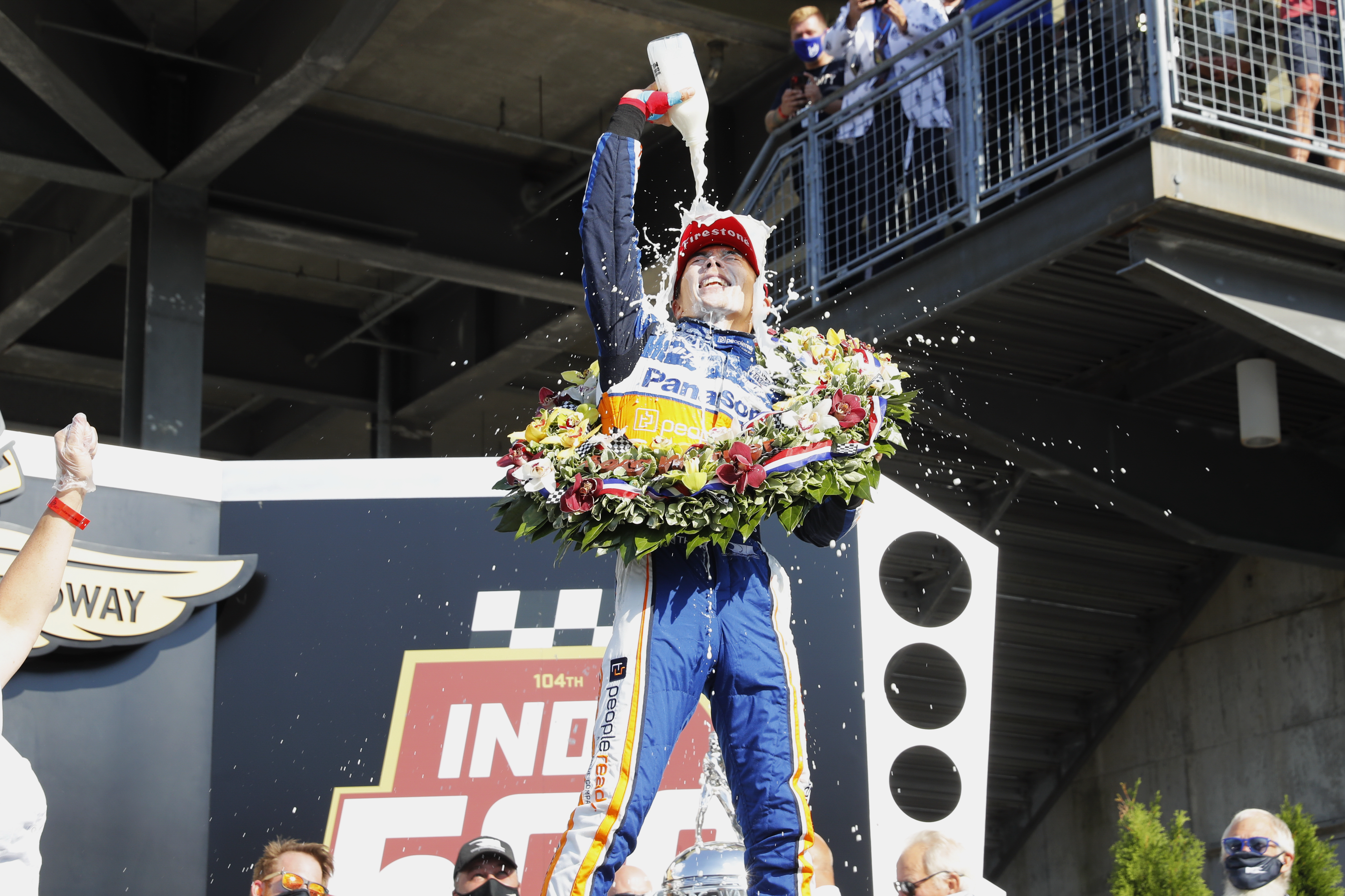