Team Penske’s Will Power was the pacesetter as IndyCar’s official ‘Spring Training’ two day test concluded at the Circuit of the Americas.

After poor weather led to a lack of running on Tuesday, Wednesday was the first full group outing for the 2020 IndyCar car field with a total of 27 drivers taking to the 3.4-mile track.

But the morning session was still curtailed by the poor weather conditions early on, with Marcus Ericsson and Ryan Hunter-Reay among those spinning into the gravel as the track dried.

The afternoon session was subsequently extended to compensate for Tuesday’s non-starter and finished in sunny conditions with the track mostly dry.

Power’s best time of 1m46.760s was 0.239s quicker than Andretti Autosport’s Alexander Rossi who moved up to second with less than half an hour of the day to go.

Scott McLaughlin made it two Penske entries in the top three with a late charge to third.

The two-time Supercars champion, whose only previous IndyCar outing before this week was a private test at Sebring last month, completed 59 laps and was the fastest rookie in the field with a lap just over half a second off Power’s best.

His team-mate, two-time reigning champion Josef Newgarden was fourth fastest with Colton Herta, who spun into the gravel at turn 20 late on in the day, completing the top-five. 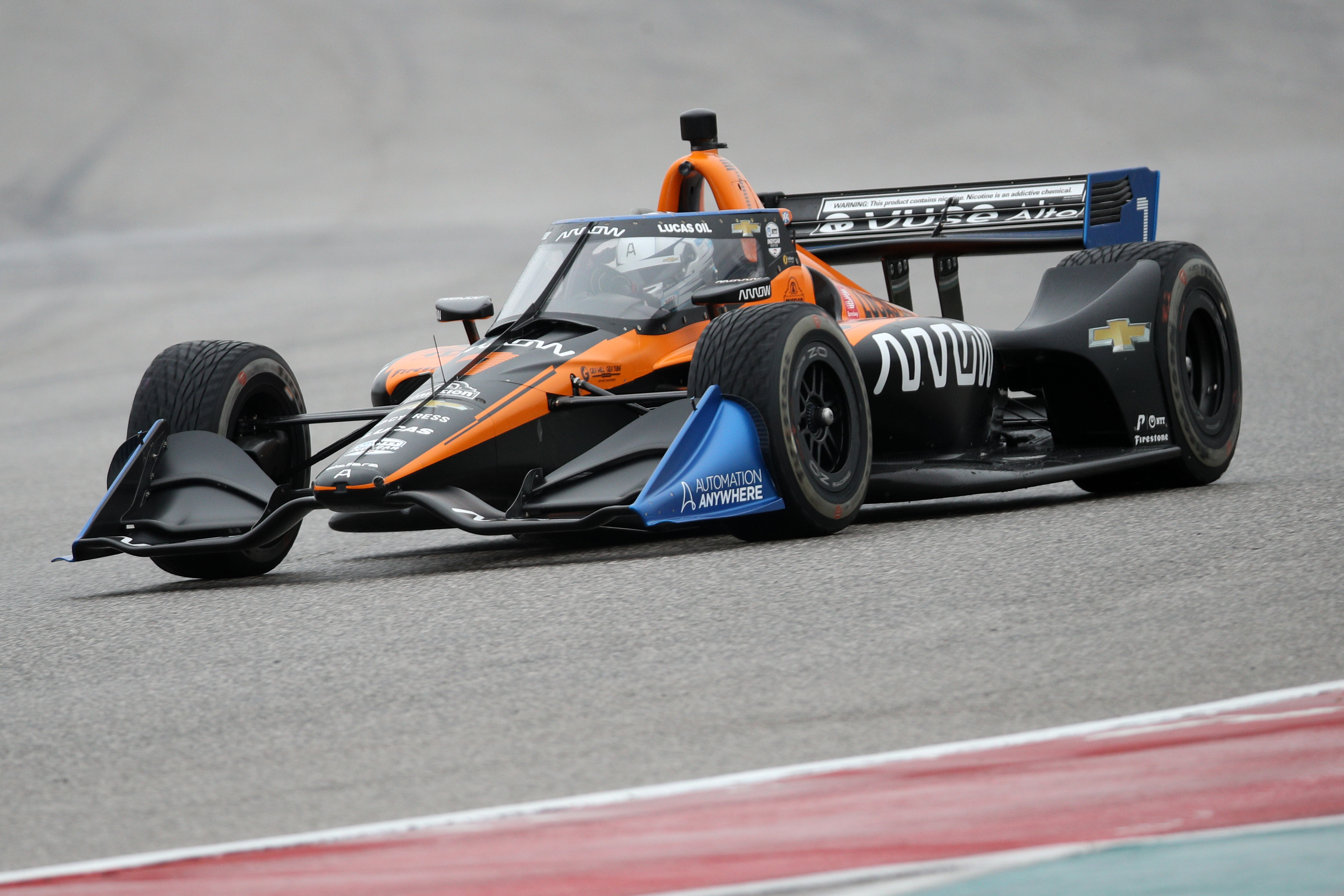 Oliver Askew capped off a strong first official day in McLaren colours by setting the seventh fastest time. His benchmark was less than half a tenth off sixth-placed Simon Pagenaud’s pace, but was 0.131s quicker than five-time champion Scott Dixon.

O’Ward was another driver who ended up in the gravel, spinning off at the exit of turn 18 in the final 10 minutes of the day.

Former Formula 1 tester Sergio Sette Camara set a best time of 1m48.011s putting him 21st on the timesheets. The Brazilian took to the track for the final two hours of the test after compatriot Felipe Nasr ran earlier in the day in mixed conditions.

Nasr, who like Sette Camara only got the nod to drive last Friday, ran in the top 10 for much of his time on track.

It was a similar story for Sebastien Bourdais who finished the day 24th fastest having only run in the first half of the day as the track was still damp. He was top of the times at one point, but made way for rookie Dalton Kellett.

Road to Indy veteran Kellett only ran 20 laps in the final 90 minutes of the day, and ended up bottom of the timesheets.