Does Sergio Perez’s Formula 1 career deserve to come to a close after 2020? No.

But it could, and if it does, IndyCar is the perfect place for him to go and there’s one team that’s already shown interest which would be ideal.

Look at the drivers who exited F1 over recent seasons. Robert Kubica has joined a flailing DTM championship struggling to recover from the loss of two of its major manufacturers. Nico Hulkenberg would likely have been on the sidelines all year had it not been for Perez’s coronavirus test failure.

The one recent F1 departure who looks like he has a real, established motorsport future is Marcus Ericsson. 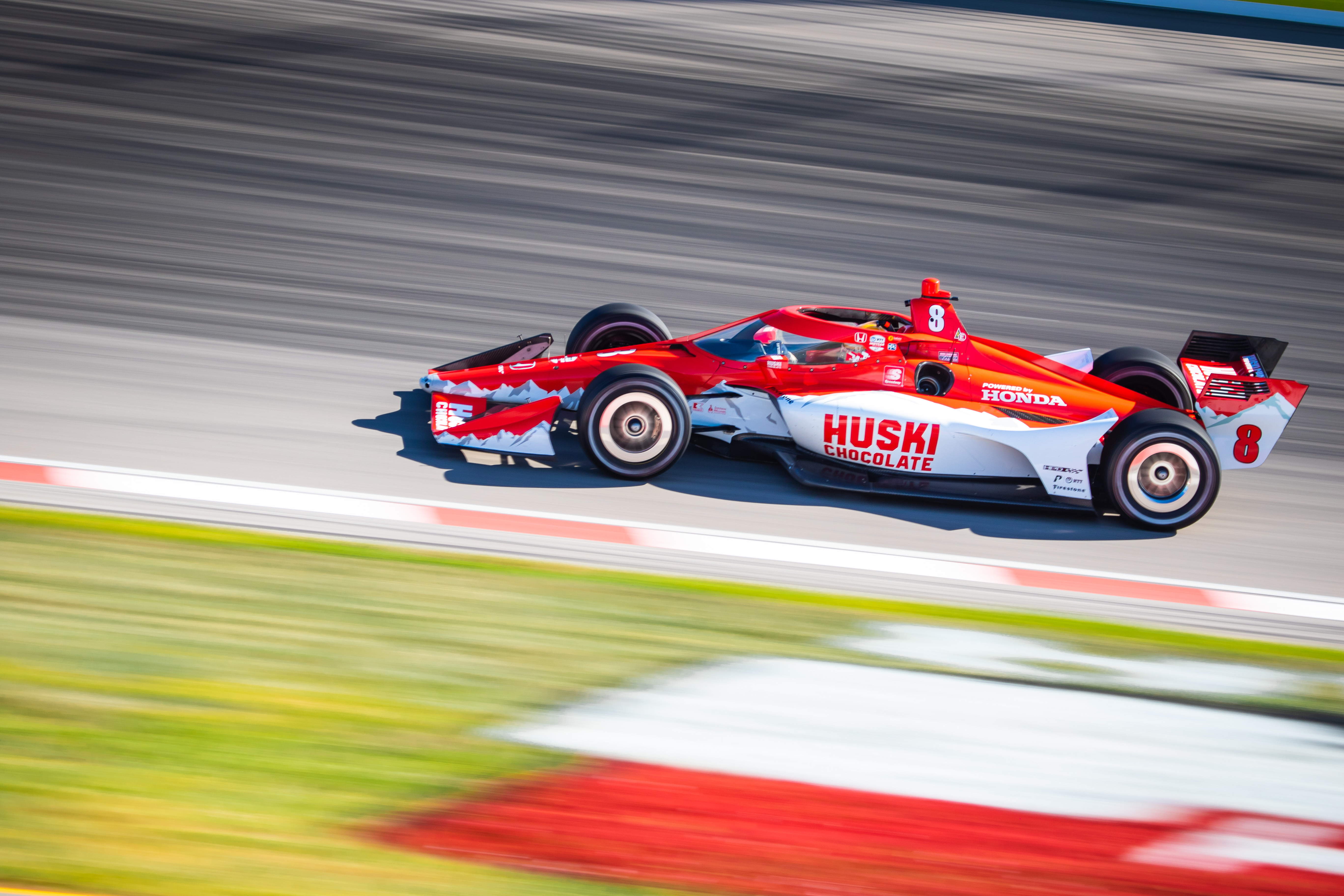 The ex-Alfa Romeo driver went to Schmidt Peterson Motorsports for his maiden IndyCar season in 2019, and his commitment on the ovals immediately endeared him to the American fans – where he has become a firm favourite alongside fellow Swede Felix Rosenqvist.

A move to Chip Ganassi Racing has placed Ericsson more in the limelight Stateside this year as part of one of its top teams with Rosenqvist, and on the whole he’s had a strong second season in one of the most competitive single-seater championships around.

Perez has an immediate advantage on Ericsson as he’s competed at a higher level in F1 for longer, but what both have in common is that they are still young enough – both are 30 – to be competitive for years yet. 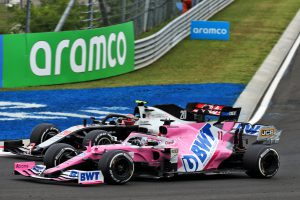 And if Perez wants a challenge instead of engaging in F1 backmarking boredom at Haas or Alfa Romeo, IndyCar is the perfect place for him.

The ideal slot could be with McLaren’s IndyCar squad, Arrow McLaren SP. The F1 team’s boss Zak Brown has already confirmed his interest in taking Perez to America if possible.

It’s not an outrageous proposition either. Perhaps if you’d have advocated Perez moving to the team in its Schmidt Peterson era, that would’ve felt far-fetched. Although the team has finished as high as third in the standings in the past, it hasn’t been a regular challenger to the likes of Team Penske, Andretti Autosport and Ganassi.

However, the team has gone through a number of changes in the off-season, adding McLaren support, a number of key personnel and a young driver line-up in Pato O’Ward and Oliver Askew modelled on McLaren’s youthful Carlos Sainz Jr/Lando Norris match-up. 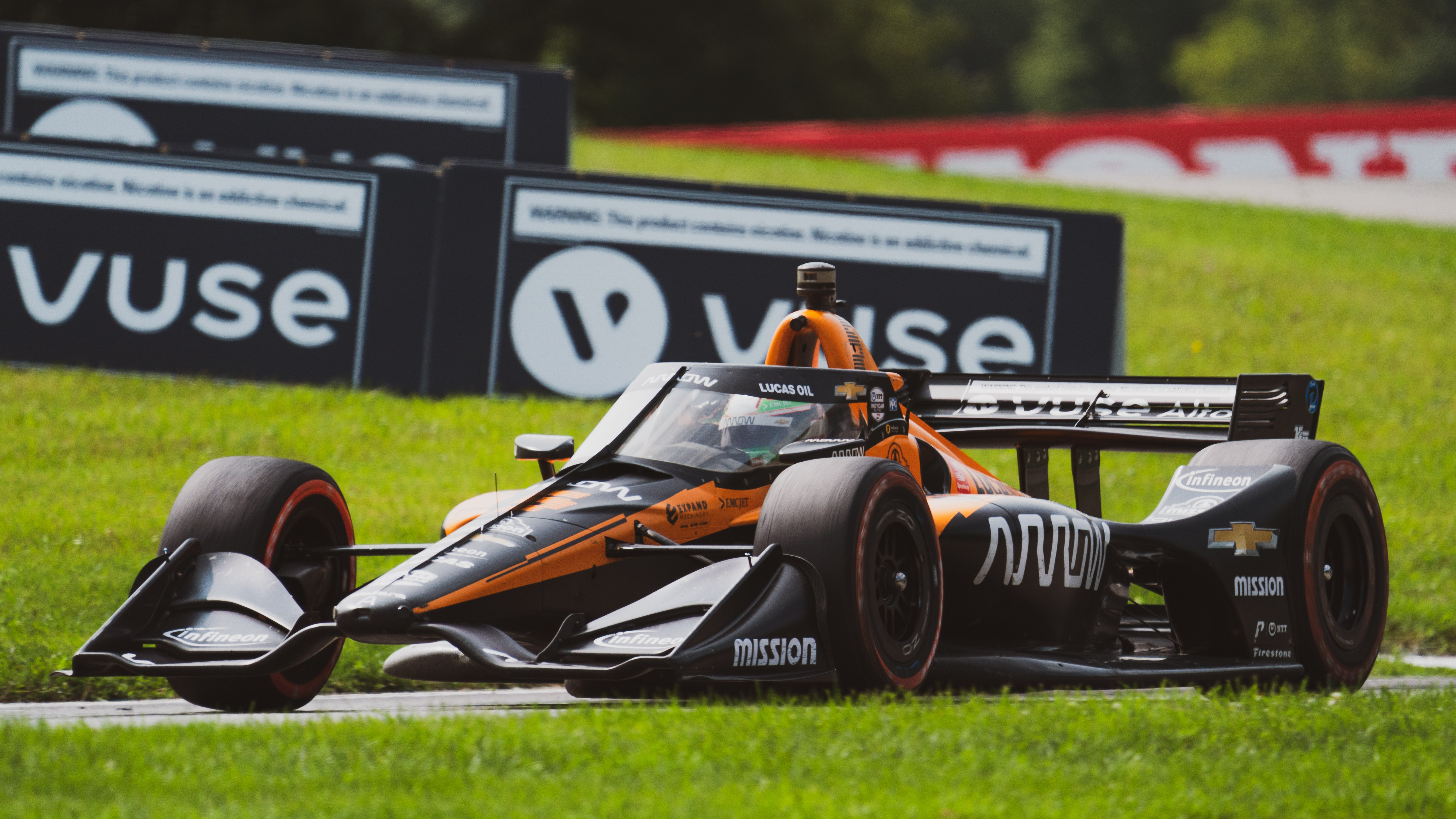 The result has been a strong year, where O’Ward lies third in the points and became the Indianapolis 500 rookie of the year. At Indy O’Ward was well ahead of his one-off team-mate Fernando Alonso – who never really recovered from a practice crash and suffered a clutch issue which didn’t help his struggle to move forward from the penultimate row of the grid.

With Alonso committed to Alpine in F1, it means the SP team has an opening for a big name to satisfy McLaren’s North American marketing push, and Perez would bring a level of experience in the driving department the team has missed with its young drivers in 2020.

Perez would be welcomed for his reputation and ability, respected by his junior team-mates immediately and could well find the squad the easiest to settle into post-F1

As Racing Point’s tech chief Andrew Green put it, Perez’s ability to manage tyre behaviour is like having traction control on your car, and that would suit IndyCar down to the ground.

Races are often won and lost on getting tyres into the correct window and making them last, and arguably Perez has been one of the best at that in F1’s temperamental Pirelli era.

His car control and tyre management would mean he’d be an immediate contender on the road courses, and providing the motivation is there to continue racing after F1 like it has been for Ericsson, there’s no reason why Perez couldn’t do the same in adapting to the oval races.

While Arrow McLaren SP isn’t a Penske or a Ganassi, in many ways it’s the perfect team for Perez. He’d be welcomed for his reputation and ability, respected by his juniors immediately and could well find the squad the easiest to settle into post-F1.

For a start, Gil de Ferran heads up the McLaren wing of the team, and he’s a man well-versed in the ins and outs of Formula 1, while Norris’s former engineer Andrew Jarvis is embedded in the squad. It’s also unique in the fact that a small group at the McLaren headquarters in Woking advise on technical and aerodynamic matters. Of any of the current IndyCar teams, Arrow McLaren is set up most like an F1 team currently, and Perez could really excel. 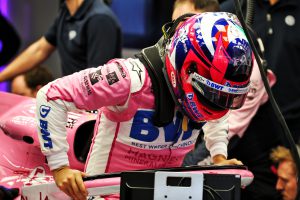 Its R&D engineer is also a key ingredient in the pot, too. Craig Hampson has mastermind huge success as Sebastien Bourdais’ Champ Car engineer and has won the Indy 500 too, often helping new drivers bed in during the process.

Indeed, he oversaw NASCAR driver Kurt Busch’s sixth-place finish in an IndyCar one-off in 2014, and its that kind of experience that should give Perez plenty of confidence in the operation in terms of how it helps new drivers settle, like it has O’Ward and Askew as well.

Of course, it’s not all roses and sunny skies. No team in IndyCar is perfect. Arrow McLaren SP has gone through a large amount of change in a short period of time and it’s going to make small errors and get things wrong occasionally. Not to mention Perez’s last stint with McLaren didn’t go so well – signed to replace Lewis Hamilton for 2013, he lasted just one season. 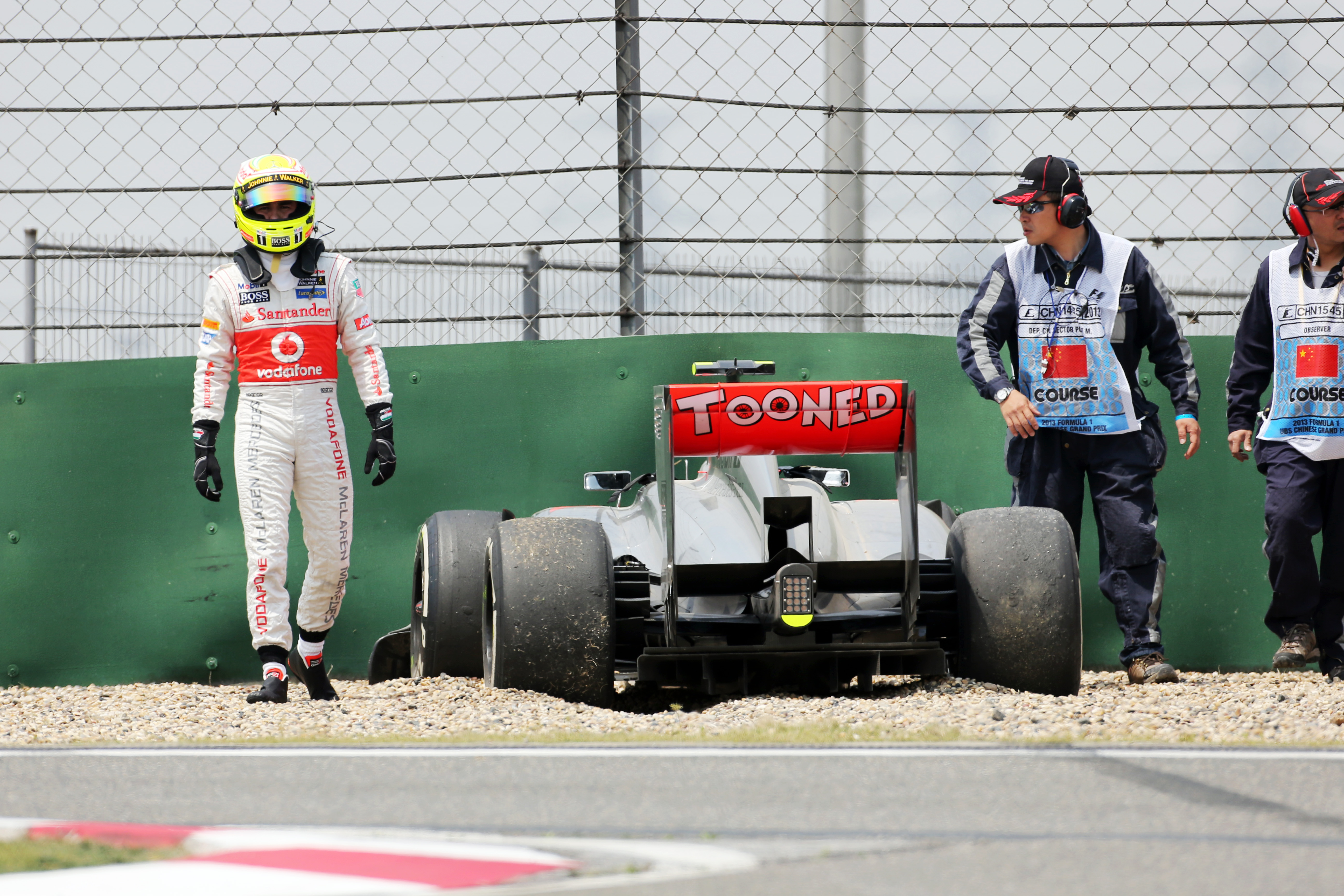 But that was before the Brown days, and it is unlikely he’ll encounter many personnel in the IndyCar outfit from then. Plus the current McLaren F1 team has spent recent years fighting Racing Point on-track and it’s clear from how quickly Brown expressed interest that the respect for Perez is there.

The team has so much upside and all the ingredients that could make Perez a race winner and champion in the future.

He’d have to bring funding, and it’s no given that the likes of Telmex and Perez’s other F1 career-long backers would be interested in an IndyCar jaunt. But it’s hard to see Mexican-based companies not being attracted to the proposition of Perez racing solely in North America rather than only a handful of times a year.

While O’Ward is Mexican, he doesn’t yet bring in the same pulling power Perez has in their nation. Perez is adored by the home fans and guarded closely during the Mexico Grand Prix week as everyone wants a piece of their hero.

Adrian Fernandez had a similar reception when Champ Car raced in Monterrey and Mexico City, and it’s hard not to see IndyCar owner Roger Penske wanting to help make this deal happen.

A combination of seven-time NASCAR champion Jimmie Johnson – signed up for the next two years in IndyCar if he can raise the funding – and arguably the most famous and well-respected current Mexican driver in the world in Perez would be a dream come true for the series. It would almost immediately call for a calendar return to Mexico.

However, we’re sprinting faster than Usain Bolt before we walk here.

As easy as a decision not to sign for an F1 team running at the back of the grid is on paper, it’s much harder in reality, as even being at the back is better for some than falling into F1 obscurity. 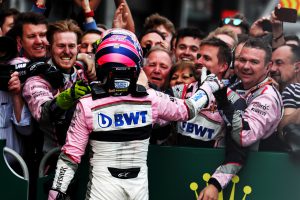 However, like Ericsson, Perez wouldn’t disappear into irrelevance. Arguably he’d be just as popular as ever if he was racing 14 times a year in North America instead of three. Ericsson and Rosenqvist have both discussed how IndyCar has overtaken F1 in popularity in Sweden since they arrived.

Looking at current IndyCar, Scott Dixon has just turned 40 and is dominating the championship, so Perez has a 10-year career ahead at least if he fancies it.

Seeing Perez fight the likes of Dixon, Josef Newgarden and Alexander Rossi would be phenomenal. And there’s good news in the story for everyone involved.

Now we play the waiting game to see if Perez remains fixated on staying in F1, or if his head can be turned so he makes the first step on the next path of his career. 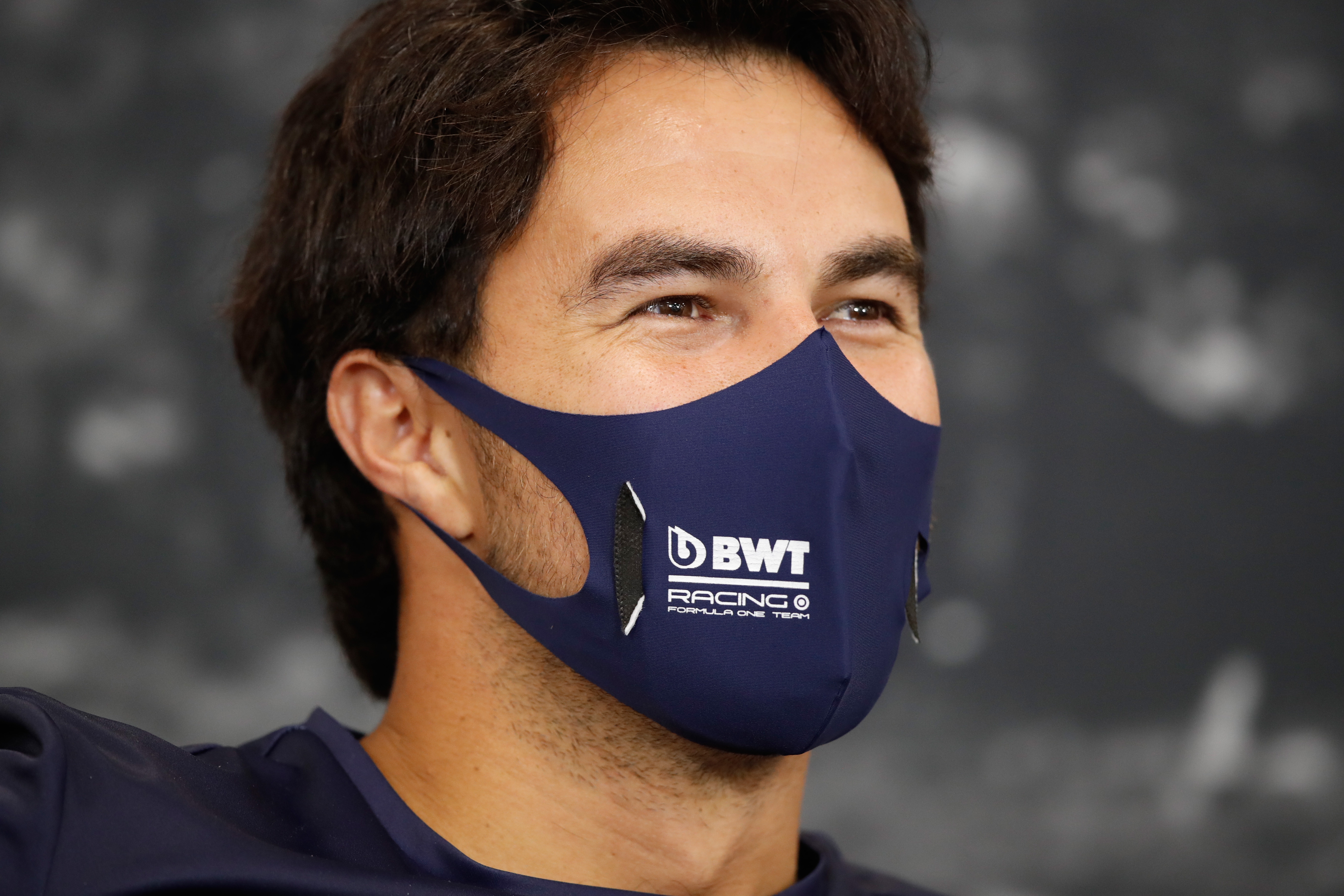