Marco Andretti scored pole position for the Indianapolis 500 in the fast nine shootout, 33 years after his grandfather Mario achieved the same feat.

Andretti has been the star of the scoreboards in Indy 500 practice, also going fastest in initial qualifying on Saturday.

Chip Ganassi Racing driver Scott Dixon had laid down a stunning four-lap average that the erstwhile top-performing Andretti Autosport cars couldn’t match at first, but Andretti matched and beat it by just 0.014mph with a 231.068mph average.

Dixon went out at the end of yesterday’s qualifying and set a searing pace before backing off, with some suggesting it was a psychological ploy to show how much speed the five-time IndyCar champion had.

He went out fifth today and held the top position until Andretti, who was the last driver out.

The wind was a big talking point during the session, but Marco was reminded of some advice from his grandfather, which was: “the wind is scary, but it will never crash you!”. Marco also achieves a feat his father Michael couldn’t by scoring pole.

Takuma Sato beat his best Indy 500 qualifying performance – fourth in the year he won in 2017 – by taking third and the last spot on the front row despite being the first car on track.

The Rahal Letterman Lanigan driver has led that team in practice, and delivered a really consistent four-lap run – all four laps at 230mph.

One of the stars of the day and the event so far has been rookie Rinus VeeKay, the only Chevrolet-powered car in the pole shootout.

The Ed Carpenter Racing driver was set for a front row start before being bumped down to fourth by Andretti at the end – but it’s still his best IndyCar start in his rookie season.

Ryan Hunter-Reay was the next best Andretti car after Marco, and will start fifth with an extremely quick race car. In a similar position, 2016 polesitter James Hinchcliffe will start sixth in another Andretti car.

Alex Palou suffered from a weight-jacker issue on his run, despite setting one of the best laps of everybody’s runs as a rookie in the Dale Coyne Racing team. He’ll start seventh.

Also suffering issues were Graham Rahal and 2016 winner Alexander Rossi, who start eighth and ninth having had to lift off the throttle when they had moments.

The rest of the grid was set with qualifying yesterday. Reigning winner and polesitter Simon Pagenaud will start 25th, one spot ahead of Fernando Alonso in his third attempt at the 500.

No cars failed to qualify as there were only 33 entries. 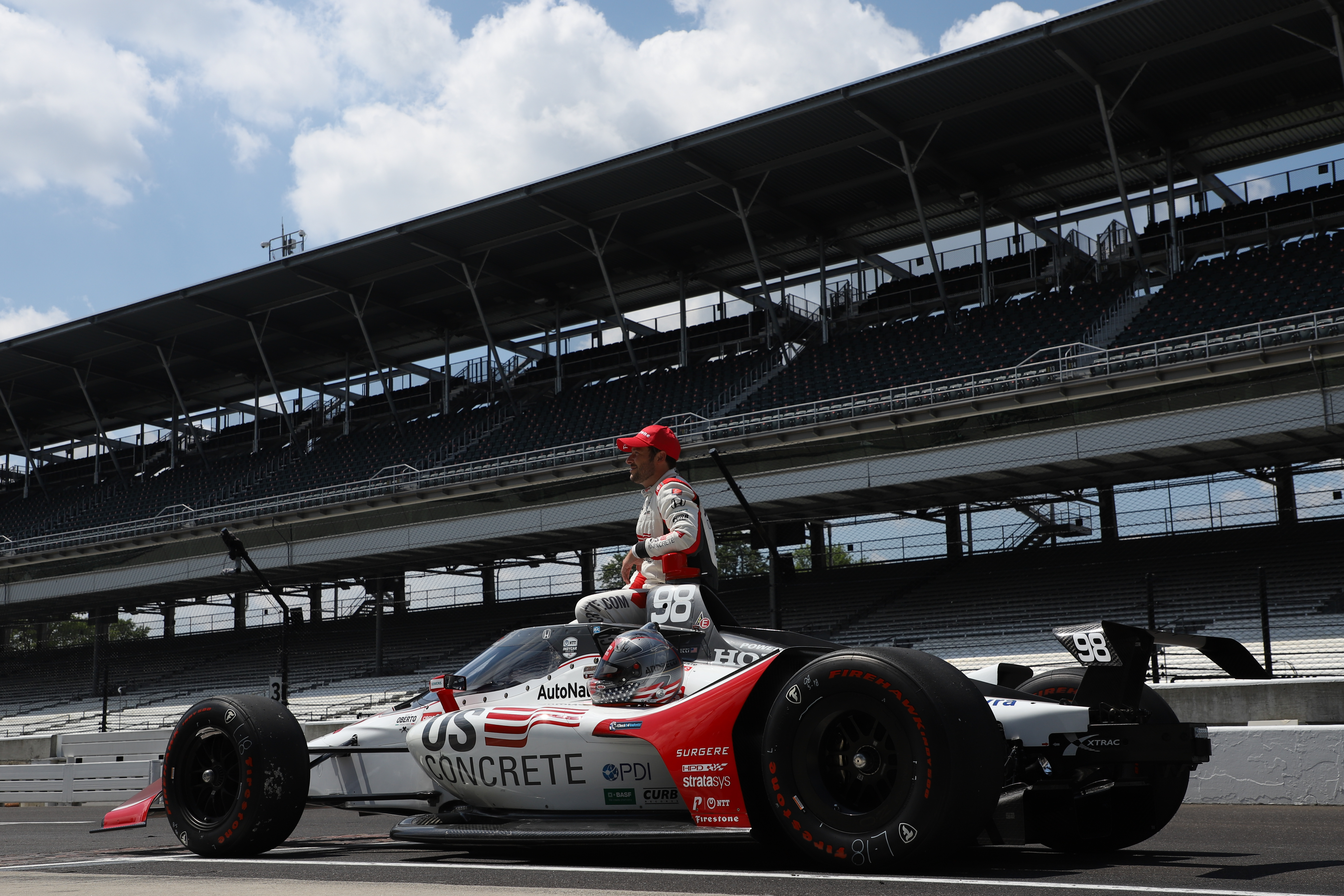