How good was Alonso at Indy in 2017? - The Race
Skip to content
IndyCar

Fernando Alonso returns to The Brickyard for his third attempt at the Indianapolis 500 with the wounds of last year’s shambolic McLaren effort still fresh.

The dramatic failure to qualify after being bumped by Kyle Kaiser driving for the unfancied Juncos Racing operation made headlines the world over, but those with longer memories should look to his first assault in far more promising circumstances in 2017 for an indication of what Alonso is capable of.

While winning another Formula 1 title remains a goal for Alonso, hence his decision to return with Renault next year, that would only be repeating a trick he’s pulled off twice before.

Conquering The Brickyard is perhaps the bigger deal for him now as it would make him one of only two drivers ever to achieve the so-called ‘Triple Crown of Motorsport’ – a clear goal he laid out when it was announced back in April 2017 that he was taking on Indy.

“If I want to be the best driver in the world there are two options,” says Alonso. “I win eight Formula 1 world championships, one more than Michael [Schumacher], which is very unlikely.

“The second one is to win different series in different moments of my career and be a driver that can race and win in any car, in any series.” 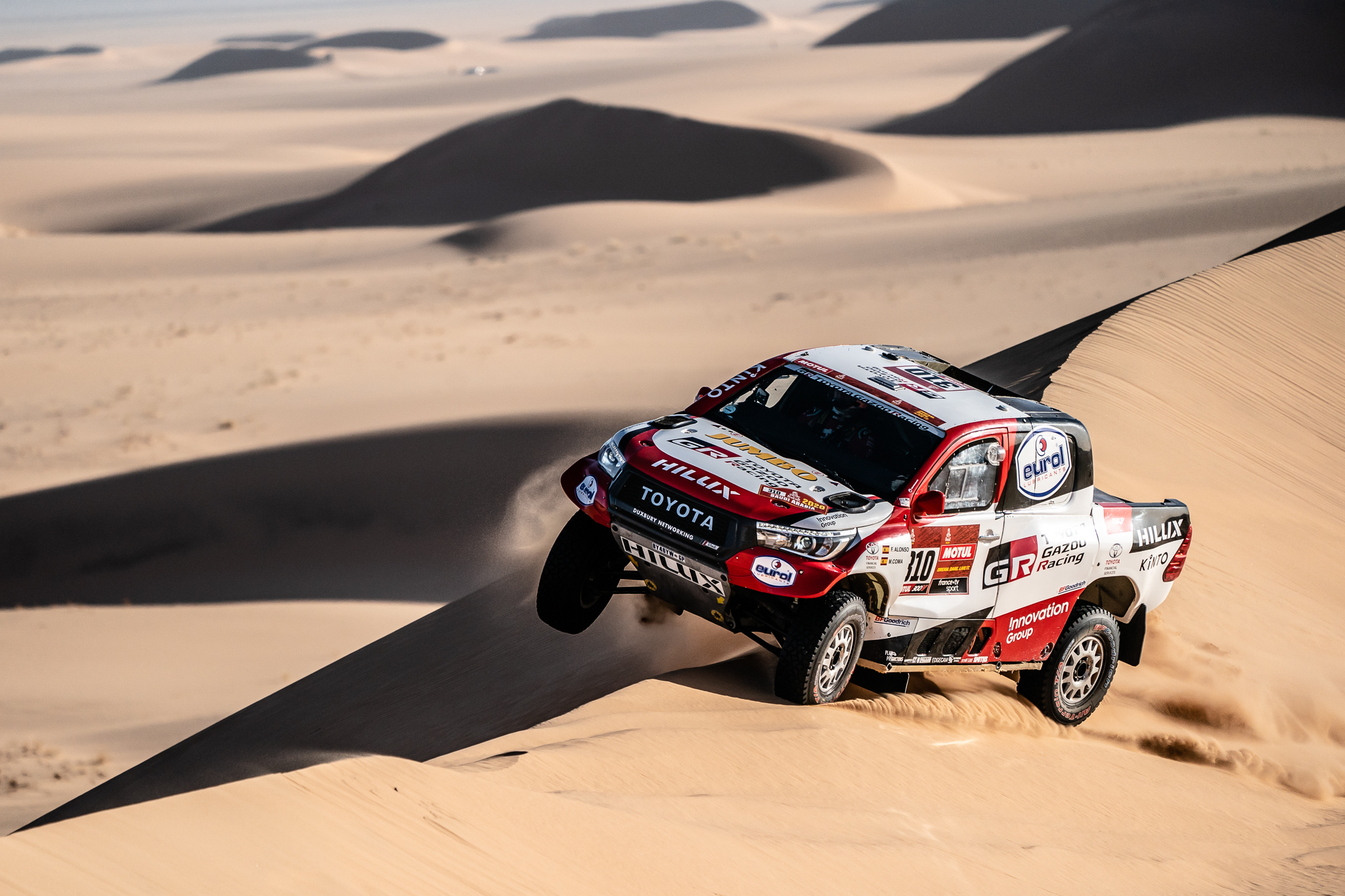 Alonso has done everything he said except win at Indy. Two victories at Le Mans, the World Endurance Championship title, a win in the Daytona 24 Hours and an encouraging first assault on the Dakar Rally have indeed proved he can excel in anything. After qualifying 26th on the grid for this year’s attempt, he will have his work cut out to cross the line first – but the way he performed at Indy in 2017 proves exactly why he was it takes. 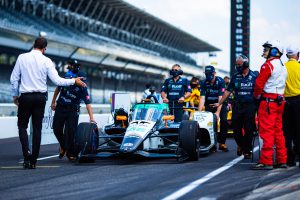 It’s impossible to overstate how big a deal it was for Alonso to pitch up at Indy in 2017. IndyCar luminaries compared the impact to that of Nigel Mansell and he was the talk of Gasoline Alley. And entered under the McLaren Honda Andretti banner, his performance on-track justified the hype.

What really impressed was his methodical approach. With no prior experience either of IndyCar or oval racing, his first test was streamed live online in early May but the bulk of the work was done during the lead-up to the race.

With just 110 laps on an oval banked before the event started, he then had five days of practice prior to the qualifying weekend and just a brief run on Carb Day before the race itself. 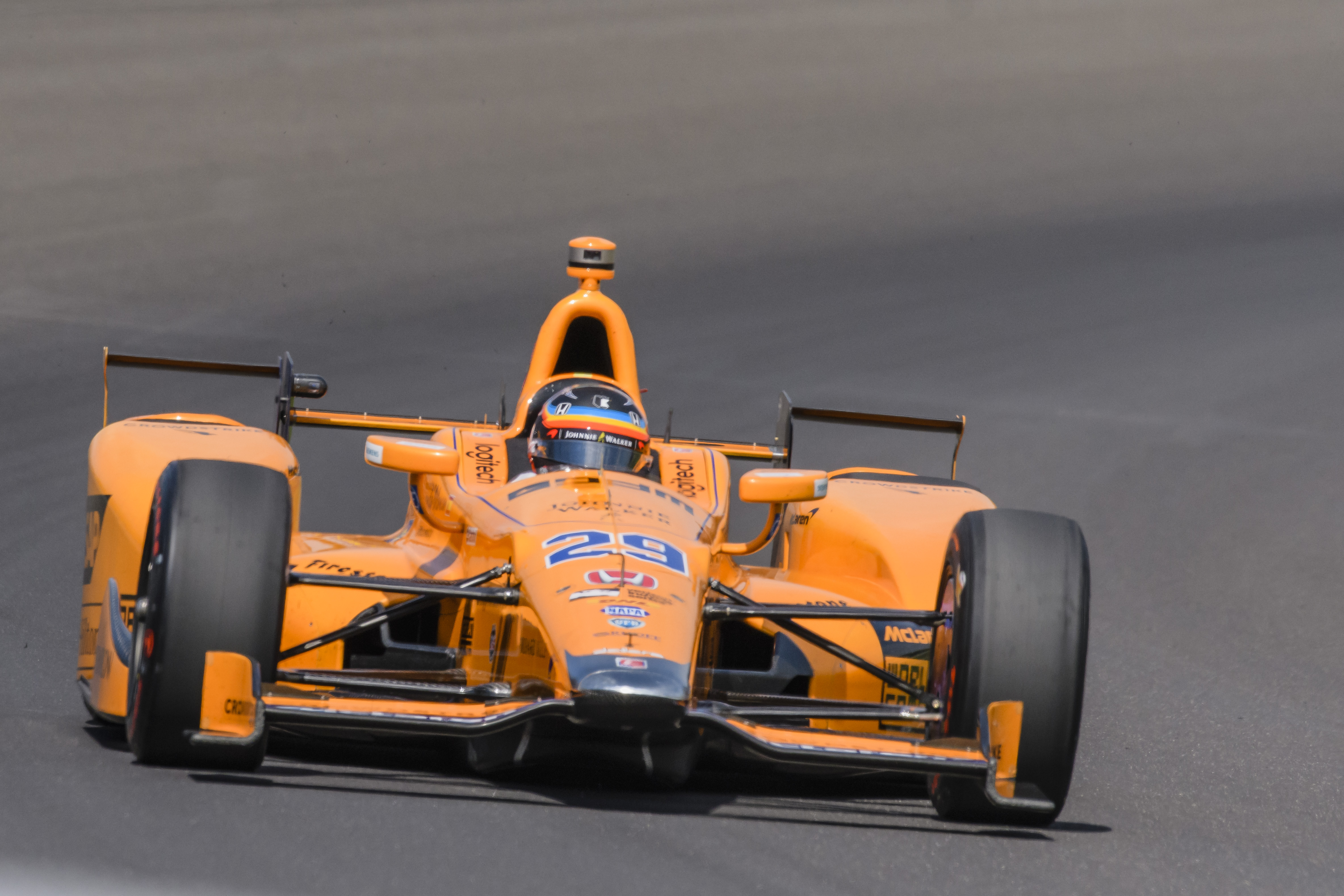 Alonso was methodical, rigorous and highly professional in his approach. While plenty of drivers in the past have underestimated the challenge of Indy, Alonso did not.

While he was fortunate to pitch up in one of the two leading Honda-powered teams in a year when Chevy wasn’t a serious threat, he still had to measure up against some vastly experienced rivals – both from within his Andretti team where he lined up alongside regular drivers Ryan Hunter-Reay, Alexander Rossi, Takuma Sato and Marco Andretti – and polesitter Scott Dixon of Ganassi. 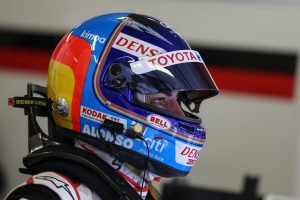 As well as spending time in the simulator leading up to the event – not to mention watching vast amounts of video footage of the race as part of the educational process – Alonso often did so in the mornings ahead of the practice days.

Each day he had a clear idea of what to focus on, acclimatisation on day one, running traffic on day two and so on and all with a razor-sharp focus on the race itself. He knew he had a huge experience deficit but used the practice days for a crash-course in preparation.

“The most difficult will be the race itself,” said Alonso during practice. “All the things that happen in a race like this one, like running in traffic, learning the little tricks to overtake and to use the performance of your car in which moment of the race and why. All of these little things that you can only learn with experience. I don’t have that experience, and I don’t have that time, so I know I will be weaker in some of these aspects.” 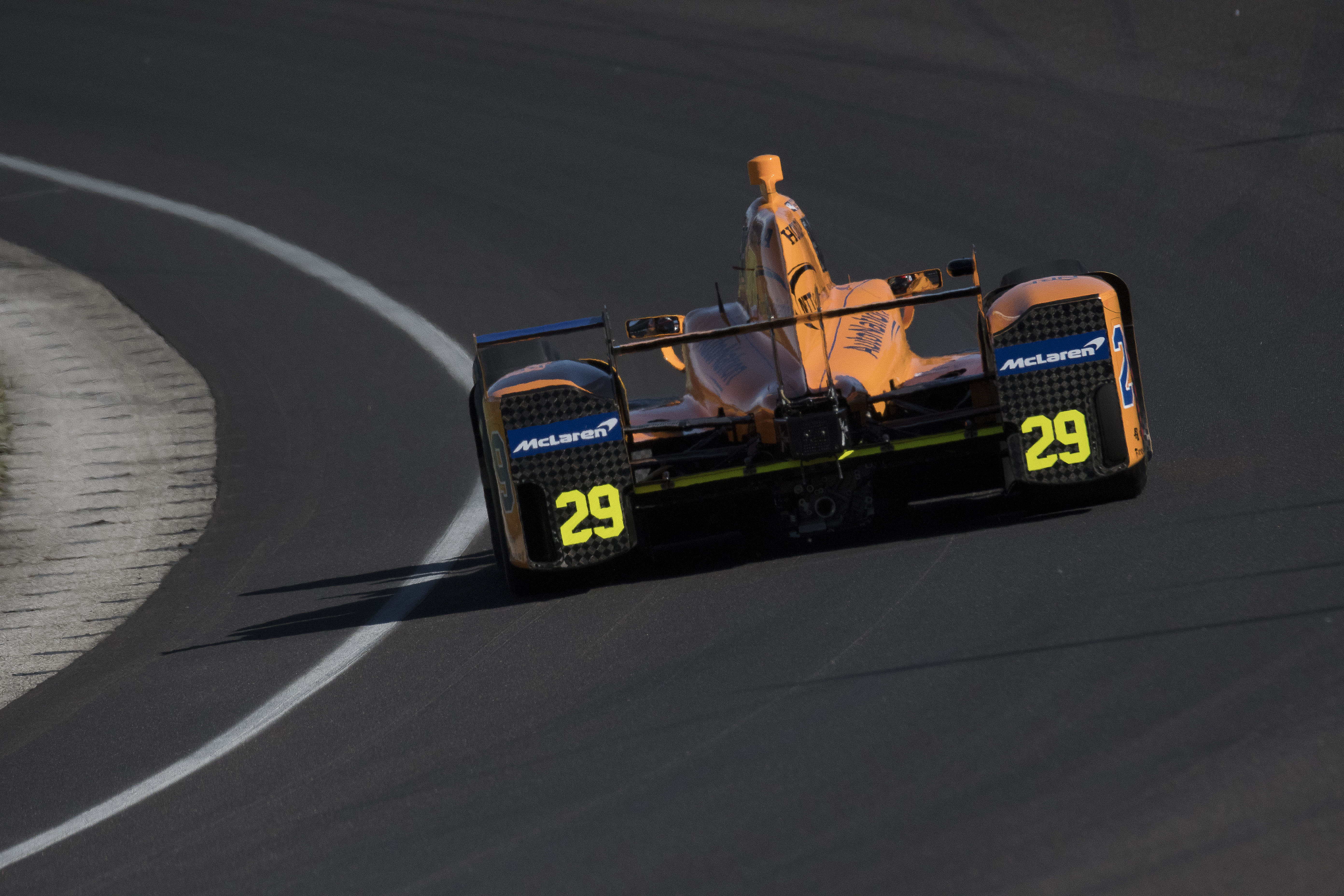 Having run cleanly throughout practice, and kept out of the wall (it wasn’t until last year that he joined the club of those who have hit the wall) the first real challenge was in qualifying. Saturday was all about trying to make the ‘Fast Nine’ that would duke it out the following day to decide the first three rows.

While he went in with some impressive no-tow pace on ‘Fast Friday’ – the practice day when the focus is on qualifying pace – he had to nail it with just one run on Saturday thanks to bad weather restricting running. He described that situation as “stressful”, but only after running a four-lap average of 230.034mph to set the seventh-fastest time.

He put it fifth, but an overboost problem on his second lap cost 0.3-0.4mph on his average pace – a feeling Alonso described as “like hitting the brakes”. While beating Dixon wasn’t likely, he could very well have managed second or third. 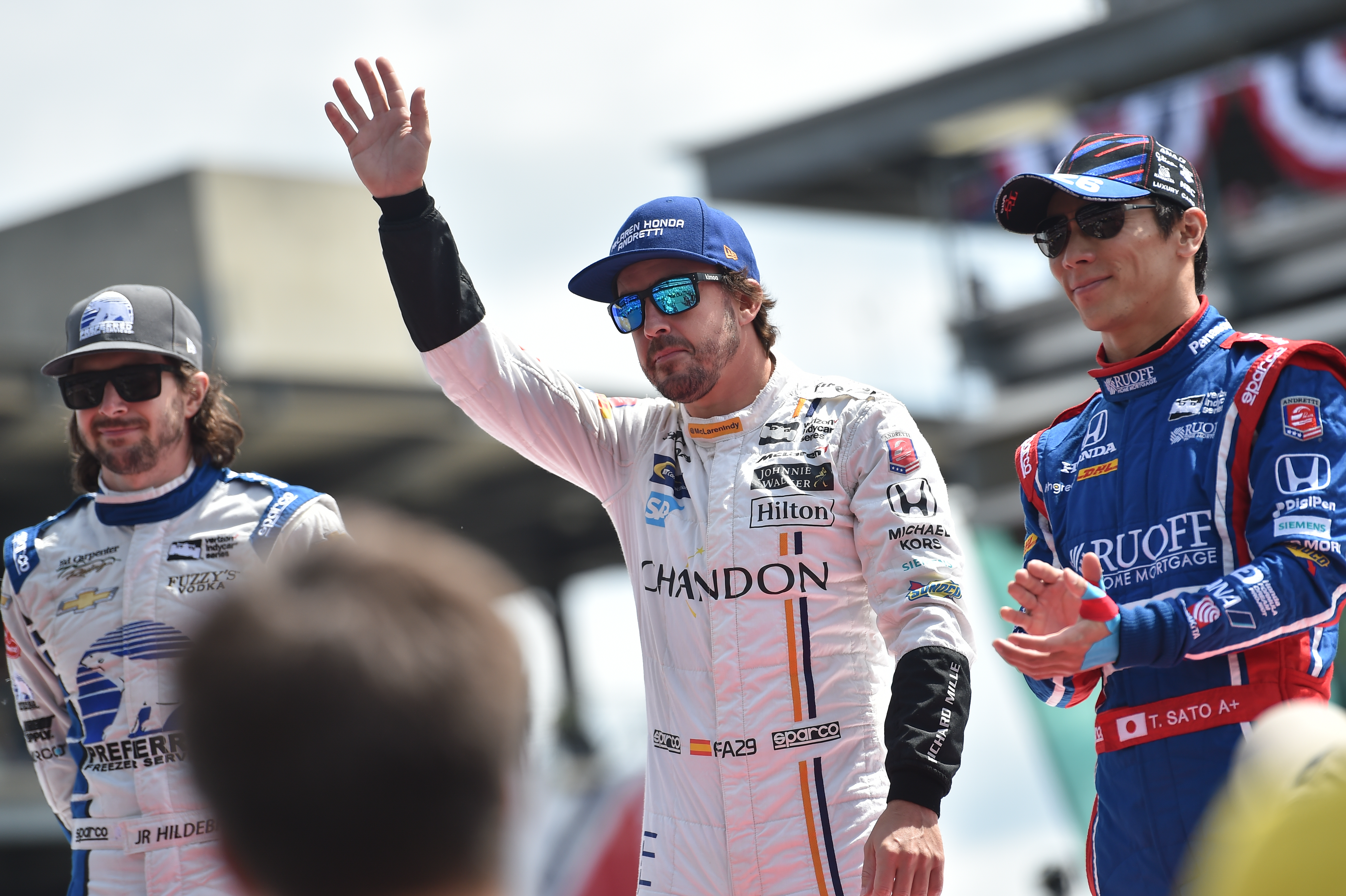 Nobody was in any doubt that Alonso’s papaya-coloured Dallara-Honda was going to be a serious threat on race day. The team was impressed with him, the legendary drivers who are to be found everywhere you turn at Indy such as Rick Mears, Al Unser Jr and Mario Andretti were impressed, the fans were impressed. He’d shown The Brickyard due respect and it paid it back to him. 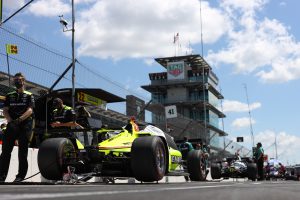 By the time race weekend came round, Alonso was fully ready – although he was never quite at home with just how close fans could get having occasionally had to pose for a photograph or give an autograph while just about to get into the car! Come race day, he was fully embraced by the hundreds of thousands of fans who gave him a loud welcome at the presentation of the drivers.

In the race, he looked utterly comfortable dealing with the cut and thrust. And he was quick too, with the Andretti cars the class of the field – particularly once Dixon had been eliminated in a massive crash, after being launched off Jay Howard’s car, that tore up an infield fence and led to a red flag. Alonso only took until lap 37 to start his first stint in the lead. 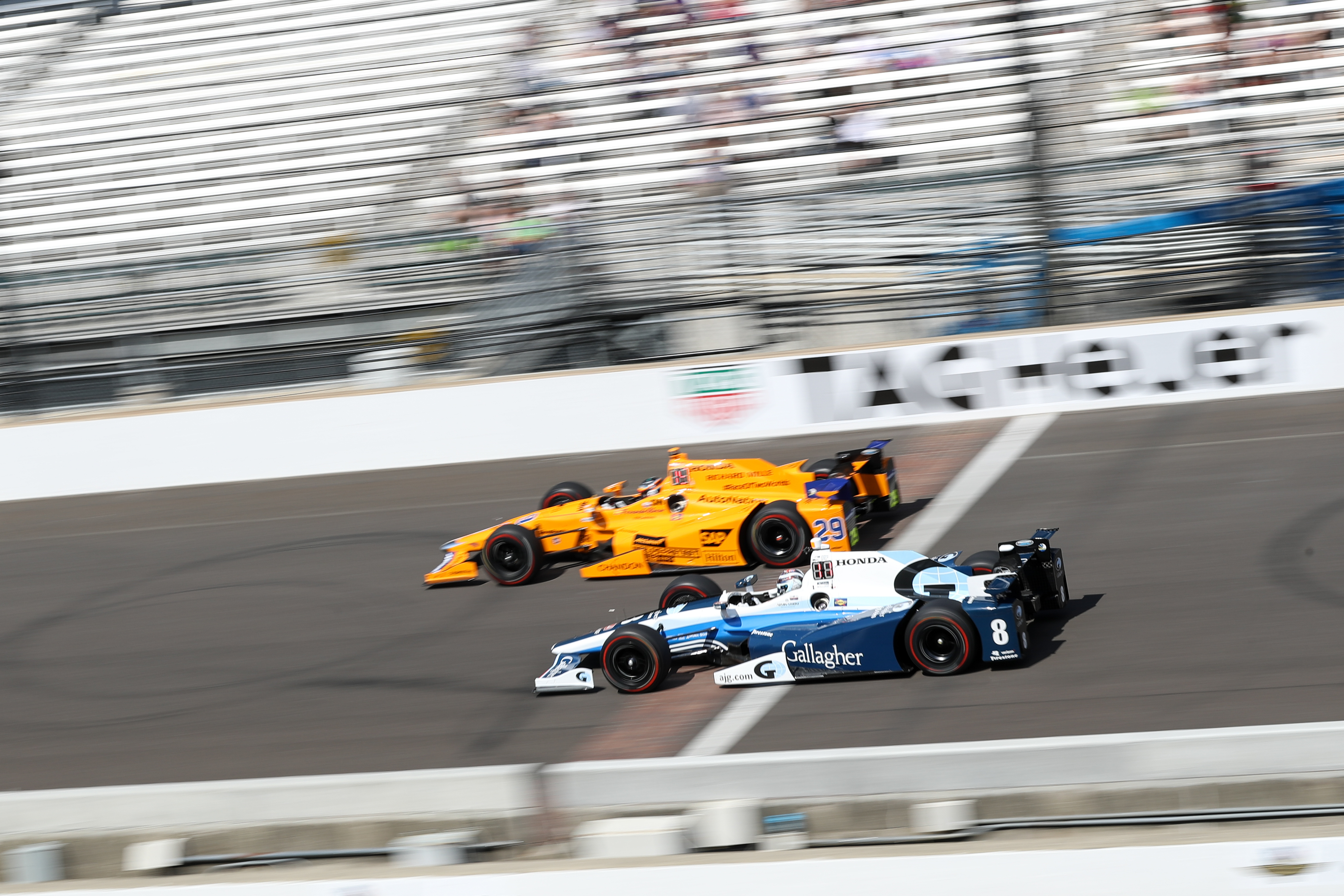 Inevitably, things then got a little complicated. Alonso at no stage ran lower than 12th, with his battle being shuffled back from the front by a pack of out-of-sequence cars. In fact, the most laps – a quarter of the race – that day were led by Ganassi driver Max Chilton on his way to a fourth place that owed more to strategy than outright pace.

Alonso was still on target to be in the dust-up at the front in the final 30 laps. At the moment his Honda engine went pop, which McLaren team boss Zak Brown described as “shocking but not surprising” given the problems the manufacturer had that weekend, Alonso held seventh place. He was within two seconds of eventual winner Sato.

“I had a little bit in the pocket before the engine blew up” :: Fernando Alonso

He certainly had no doubt he’d have been in the victory fight. The only minor concern about his race was the phase where he didn’t make as rapid progress as others after taking a restart with 52 laps to to 12th place, he was actually passed by Sato.

But having asked him about that after the race, he made it clear he was looking after the tyres with a view to being in good shape later in the stint. That was supported by the fact he pulled a superb pass on Tony Kanaan for seventh – a late, decisive move – just before pulling up on the main straight. 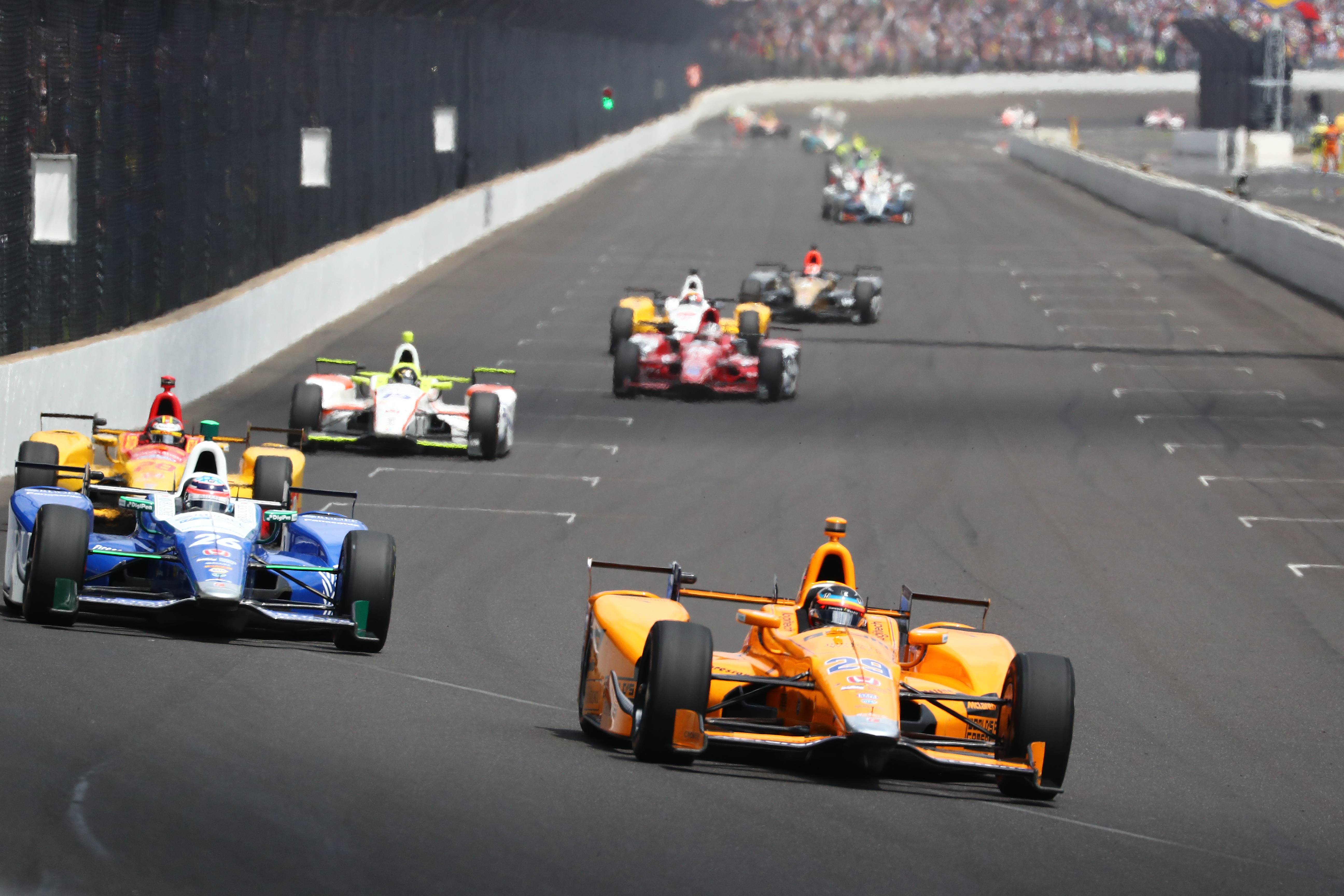 “Obviously, there were some better moments than others in the race, but I felt competitive all through,” said Alonso. “When you are eighth, seventh, the last 20 laps were intense. But I was taking care a bit of the front tyres in the first couple of laps of that stint because I knew the race would be decided in the last six or seven laps. I think I had a little bit in the pocket before the engine blew up.”

The last 21 laps happened without him and he was classified 24th. The key question is would he have won? That’s impossible to say, with the final fight coming down to Sato versus Penske driver Helio Castroneves who had used all the savvy built through winning three Indy 500s to be in the right place to challenge. He didn’t quite have the speed and Sato took a famous victory from Castroneves and Ed Jones, who couldn’t quite join in this battle owing to the aero disadvantage of a hole punched in the nose of his Dallara.