St Petersburg was due to open the season but was cancelled mid-event in March due to the outbreak of the coronavirus.

In being rescheduled to the end of the season, the event appears in an unusual spot in the year, and also is the series’ first visit to a street course this year. That led to a scruffy session for several drivers, on their first chance to run the new-for-2020 aeroscreen on a street course.

Will Power was the fastest driver on the harder, black-walled tyre before drivers bolted on the red-marked softs with just over 12 minutes to go in the 90-minute session.

However the last five minutes when a number of drivers should have had their best soft-tyre runs was marred with incidents.

Then, the driver Rosenqvist is set to replace next year at Arrow McLaren SP, Oliver Askew, buried his car in the tyres at Turn 13 to bring about the end of the session.

Herta harried around the top five throughout the session and nailed a 1m01.1306s to go top of the charts with 10 minutes to go, coming off the back of seven consecutive top 10 finishes and two podiums in three races as he lies third in the standings with Power in striking distance. 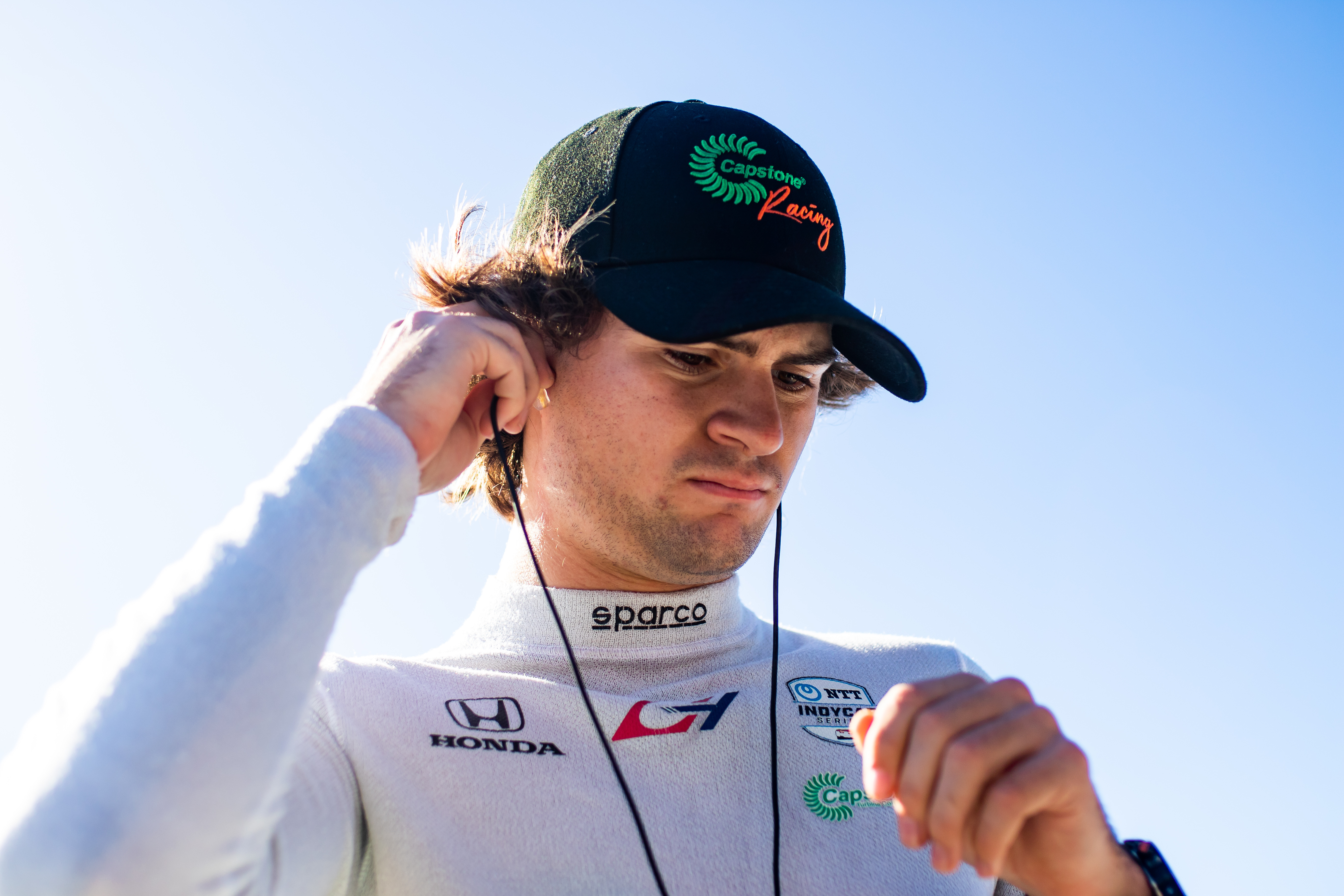 His team-mate James Hinchcliffe – current favourite to take over the #26 car next season – went second, 0.0973s behind, the pair in a class of their own at the top setting their laps at a similar time.

Dale Coyne rookie Alex Palou took third, three tenths adrift of Herta, in the midst of talks opening over him retaining that seat next year. A pole or starting tomorrow’s race will ensure Palou’s car finishes in the top 22 – earning the team a tidy $1 million bonus.

Takuma Sato began the day renewing his contract with the Rahal Letterman Lanigan team he won the Indianapolis 500 with, and ended free practice fourth ahead of Sebastien Bourdais.

Bourdais said he did a “horrible” job on the red tyres pointing to more potential, which he’ll need in that fight for a spot in the top 22 for the AJ Foyt car he took over at the last round.

Alexander Rossi made it three Andretti cars in the top six as he looks to build on a run of four consecutive podiums – but is yet to secure a win for the first time in his IndyCar career. 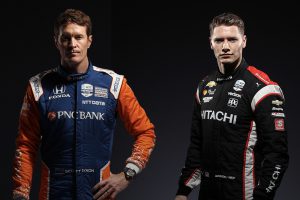 Newgarden: 1% chance of IndyCar title is ‘all we need’
Read more

Rinus VeeKay will win the rookie of the year title merely by starting tomorrow’s race and was seventh, ahead of Newgarden.

Newgarden trails Dixon by 32 points in the standings with 54 on offer this weekend, starting with a point for pole this afternoon. Dixon’s weekend didn’t get off to a great start, brushing a wall and damaging his suspension.

Power went early with his soft runs and was ninth, as McLaughlin rounded out the top 10.

Fresh off the announcement early in the day that he and Penske will leave Supercars and run full-time together in IndyCar next year instead, McLaughlin was fourth quickest on the black-walled tyres and despite his lack of single-seater experience, is expected to be up to speed and challenging quickly.

The top 21 of 24 cars were separated by under a second in the session. 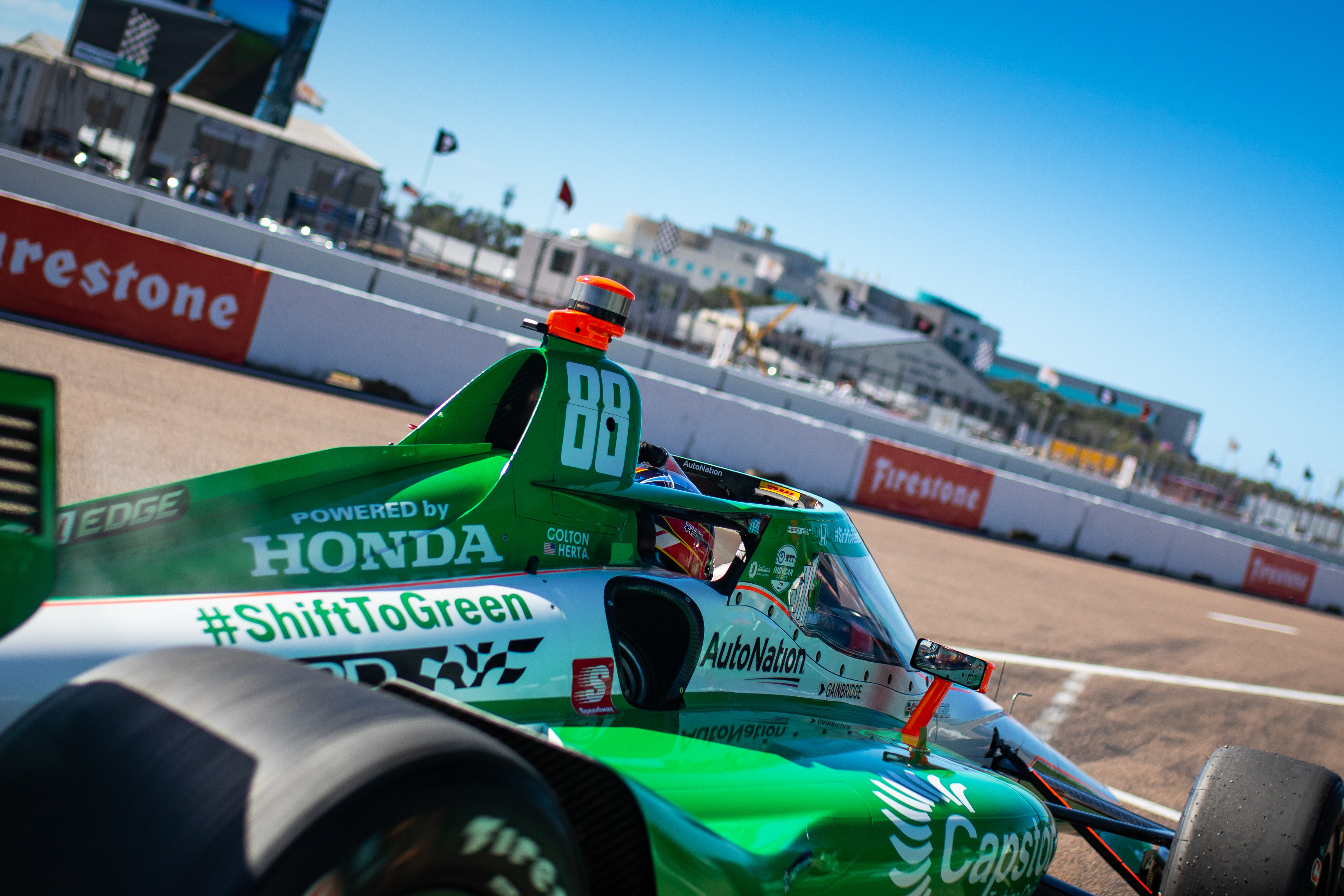