Franchitti was the main benefactor of a first-corner crash between front-row starters Juan Pablo Montoya and Emanuele Pirro, as he dodged the accident and controlled the race from there on.

The Legends Trophy was contested over 11 laps at Silverstone’s National Circuit layout. The cars chosen for the event were Brabham BT44Bs, campaigned by the legendary Formula 1 outfit during the 1975 grand prix season.

Two-time Indy 500 winner Montoya had taken pole position courtesy of a 51.219s effort in the final minute of qualifying, as he edged Pirro – best known for his six Le Mans 24 Hours wins and his current role as an FIA steward – by a tenth.

Pirro then overtook Montoya off the line at the start, but Montoya tagged him going through Copse, with both spinning as a result.

WOW! Huge crash at the start of the The Race All-Star Esports Battle ⭐️#LegendsTrophy 🏆@jpmontoya and @Emanuele_Pirro clash and @dariofranchitti leads

Franchitti, who had qualified third, was consequently into the lead, with Aston Martin GT stalwart Darren Turner emerging as his main rival for the rest of the race.

But while Turner had run within four tenths of Franchitti after a couple of laps, the IndyCar legend began to pull away from then on and would win by over a second.

“I was surprised when they started the race with a green flag instead of the lights and then everybody ran into each other in Turn 1. From there it was a matter of not making any mistakes,” Franchitti said.

“I could see Darren Turner in my mirrors and every time I made a slight mistake he would get a little closer. I didn’t want to mess up.

“It was a lot of fun and all the guys are already on the chat group making arrangements for next week.”

Former WTCC dominator Andy Priaulx ran third for the first half of the race but dropped out on the sixth lap, yielding position to Le Mans 24 Hours winner David Brabham.

But Brabham spun on the penultimate lap, and was relegated to fourth, with the final podium position going to Champ Car race winner Adrian Fernandez.

The early Montoya-Pirro collision had also caught out F1 podium finisher Tiago Monteiro and Jan Magnussen, but both would rejoin and fight their way back into the top 10.

Pirro recovered to fifth at the finish, with Magnussen finishing sixth ahead of Monteiro, despite the pair spinning as a result of additional contract at Maggotts during the race.

Max Papis, Tony Kanaan and Montoya, who was caught up in the Magnussen/Monteiro clash during his recovery drive, made up the top 10.

Gil de Ferran, Bryan Herta and Emerson Fittipaldi completed the 13 finishers, with Helio Castroneves the only other retirement besides Priaulx. 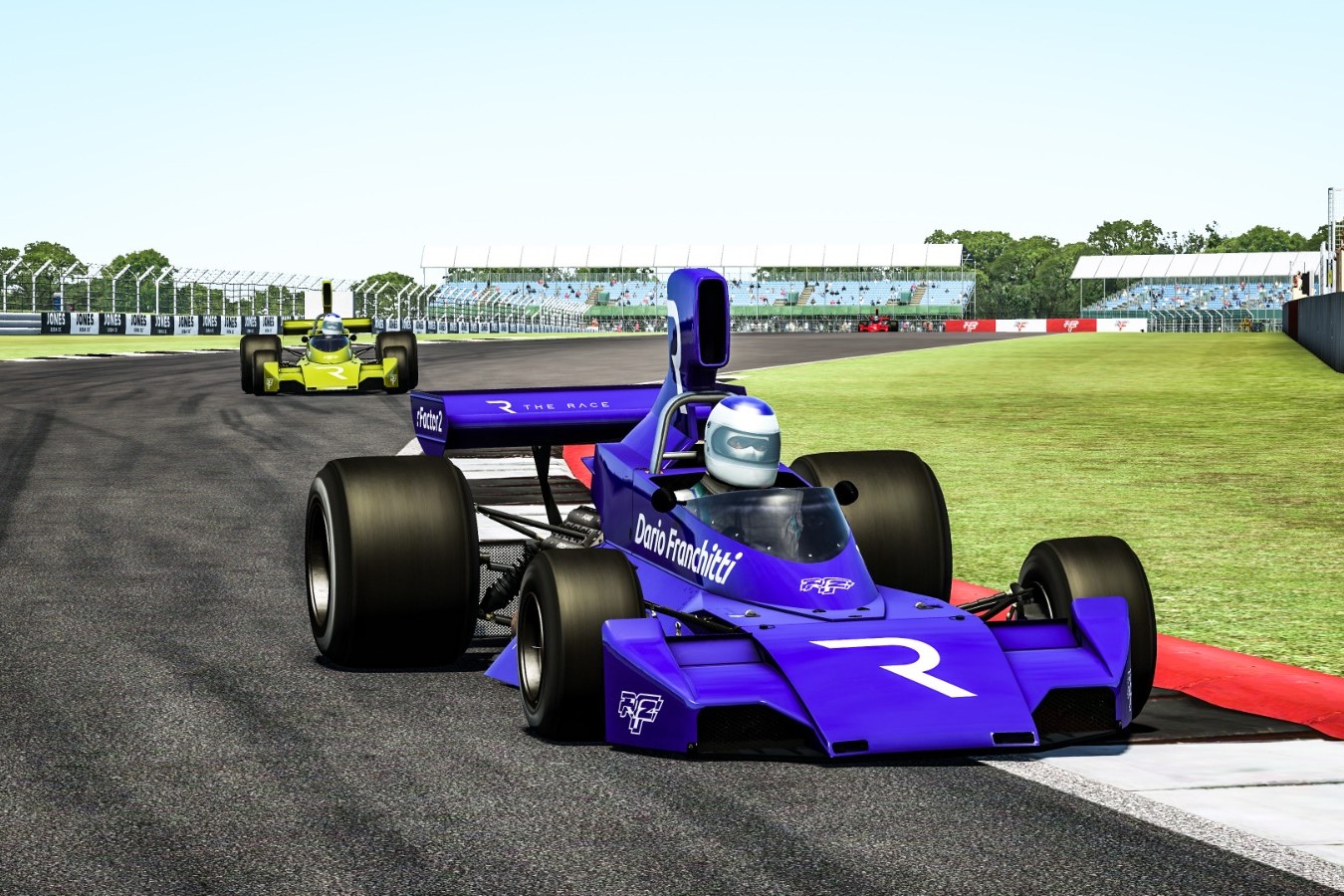