If 2020 has taught us anything, it’s that life is unpredictable. With 2021 quickly approaching and a shorter off-season, most teams will only get around five full test days before the March season-opener at St Petersburg.

In a season where track time has been at a minimum and testing non-existent for most regular entries, a ‘private’ test at Barber on Monday was a chance for a total of 21 cars to log almost five hours of track time, with each completing almost a race distance.

Admittedly, we don’t have the full details of fuel, tyre and run-plan situations for every lap set, but we can draw some rough conclusions from the amount of running completed.

The Laguna Seca test next week will be the last chance for most teams to get some mileage before next year, and with uncertainty surrounding the coronavirus and its peaks and troughs, Monday may well have been vital.

We’ve picked out a few major things learned from the Barber test which could help shape next season.

Mindblown. @BarberMotorPark is known for being a very intense track but the amount of commitment level to drive a lap in an @IndyCar is insane.@CarvanaRacing pic.twitter.com/kQMfXQ78L6

Jimmie Johnson fans especially will be raising an eyebrow at the seven-time NASCAR champion’s Barber test times. Over 2.78s off the best time of VeeKay, there remains a lot to be done and he said he was “taking chunks” out of his times in the morning.

However, don’t forget he’s had only one proper outing in the car and not driven in real life at Barber before. He told The Race he is focusing on finding the extremities of the car and is yet to start fully honing set-ups ahead of next season.

“I’m still working on the boundaries,” he said. “I would say the low-speed stuff, I have a good sense of it, seem to be on pace, where I need to be.

“Faster turns with the vehicle speed creates more downforce, I’m just not used to that environment. I’m used to all the years that I spent in the heavy NASCAR vehicles without much downforce.

“That’s the challenge right now, to carry a bit more speed in, use a lot less brake, let the vehicle create the grip and the downforce from the corner itself.”

The good news for Johnson fans is he netted the most laps (100) and set his best time later in the run. Remember, we don’t know how much fuel Johnson had or the run plan during his stints. But he’s approaching things very sensibly and the fact he was roughly on par with Dixon in the slower-speed corners is a good start.

Thanks, amazing race track, need lots of commitment but will get there eventually! https://t.co/V9Y1pxOxum

Scott McLaughlin – the other tin-top convert – had pre-season and the St Petersburg weekend to adjust from Australian Supercars to IndyCar, and finished Monday’s test 19th out of 21 cars. However, assuming the Penske cars were on a similar run-plan when setting their best laps, McLaughlin was only three tenths off team-mates Simon Pagenaud and Will Power.

That’s an acceptable starting point for 2021, and can only be a good sign as he prepares for a full season of action where ovals are going to be a part of his focus – even if there are only three – while they’re something Johnson doesn’t need to worry about.

VeeKay top of the chart – but with much to prove

Reigning rookie of the year Rinus VeeKay being top of the time sheets at Barber may suggest there’s much to get excited about in 2021. However, it’s never that simple.

There were plenty of positives for VeeKay last season, kicking off with a standout performance as the lead Chevrolet in the build-up to the Indianapolis 500 and a maiden podium at Indianapolis during its road course double-header last month.

But for this writer, rookie of the year means little. OK, it’s a prestigious title, but in name only. It carries no weight with teams other than assisting momentum behind a driver. VeeKay finished 14th in the championship this year – hardly a number to get excited about.

VeeKay still has plenty to prove, as does his Ed Carpenter Racing team – but they way he overcame adversity after amateurish mistakes in the 2020 season opener at Texas and transitioned to fighting for top fives semi-regularly was a good sign. The blistering pace at Barber – where VeeKay hasn’t driven in IndyCar – is at the very least brilliant groundwork for 2021.

Having nagged Bobby Rahal for a test for years, finally Antonio Felix da Costa realised his dream at Barber with the pair sussing each other out over a possible IndyCar entry as soon as 2022.

Formula E champion da Costa was seven tenths off the best time after 75 laps of action, an impressive outing for the Portuguese driver.

Highly-rated by many even in Formula 1 circles as a driver who should have made it to the highest tier of the sport, da Costa did his reputation no harm at all Stateside. Finishing ahead of double champion Josef Newgarden only backs that up.

“We actually didn’t end up the day too bad,” he said. “A few things to still understand and learn from but, quite close to the top runners so happy with that. And hopefully I’ll be back soon.”

It’s definitely fair to say there’s mutual interest in bringing the driver to IndyCar and the ease at which he re-adapted to a proper slicks and high-downforce wings racer showed his class. At this rate, Rahal Letterman Lanigan will do well to sign him early to prevent outside interest!

Looking 💪 in black and papaya. @FRosenqvist is back putting in laps in his No. 7 Chevrolet. 🖤🧡@ArrowGlobal // @McLarenF1 // #INDYCAR pic.twitter.com/4KXr5W87kP

Felix Rosenqvist has been fighting a hand injury since the recent Indianapolis IndyCar round, and crashed on his first outing with Arrow McLaren SP at Barber.

“It was probably the toughest task of my career to drive around Barber with a fractured hand – unfortunately I hit the wall and our day was cut short,” said Rosenqvist. “It’s gonna need some rest the next weeks, so we’re ready for 2021.”

Before the shunt he said the car “feels amazing”, having switched from Chip Ganassi Racing for the 2021 season. He’s hopeful, carrying over “secrets” from his old team, and has plenty of hunger ahead of teaming up with fourth-place 2020 finisher Patricio O’Ward.

“There’s those sort of secret things that you take with you and you go forward,” said Rosenqvist.

“IndyCar especially – my career, it’s been a tough journey. I love this racing and that’s why I’m here. And that’s why, three years ago, I made a move to come over here and drive but it’s been challenging for sure.

“And every off-season you feel like you kind of break yourself down and rebuild yourself. This off-season there’s so much excitement and hunger for 2021. And, yeah, I won’t go into the into the secret [things].”

He concluded the test 15th-fastest, eight tenths off the pace.

The latest on Andretti’s still-vacant #26 ride 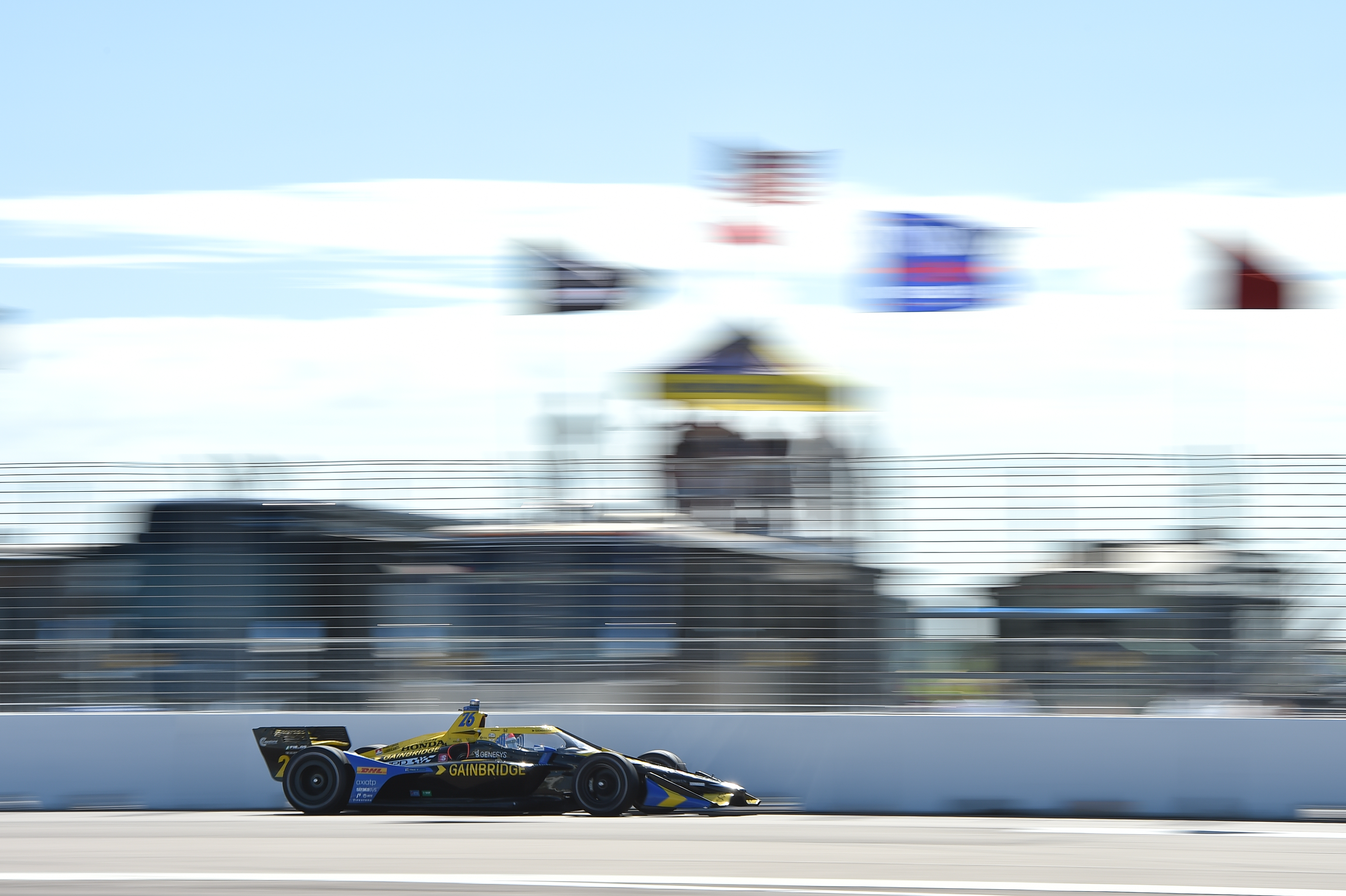 Before the St Petersburg weekend, James Hinchcliffe appeared to have the #26 Andretti seat sealed, but a troublesome ending to his weekend there and 14th in the classification when his team-mates were second, fourth and seventh could be regarded as worrying.

That is in the context of Conor Daly having been discussed as a possible addition to that team, with Daly having impressed in his role as a development leader helping Carlin to find a strong oval footing, as well as being rated for his ability to jump between seats as he also raced for Ed Carpenter on the road courses.

However, despite setting the sixth-quickest time for ECR in the test, Daly is not expected to snare the #26 seat, which still looks to be heading in Hinchcliffe’s direction. Raising funds for a full season at ECR or Carlin – but more likely rotating between the two again – looks to be the task for Daly.

It’s unusual for major seats to be undecided at this stage of the season, but such is 2020. With the campaign having run into late October, it is hardly the most unusual thing that’s happened.

Hinchcliffe spun under a safety car from second at St Pete and then ploughed into his the Andretti-affiliated Jack Harvey to make matters worse – but it hasn’t damaged his very strong seat chance in 2021. 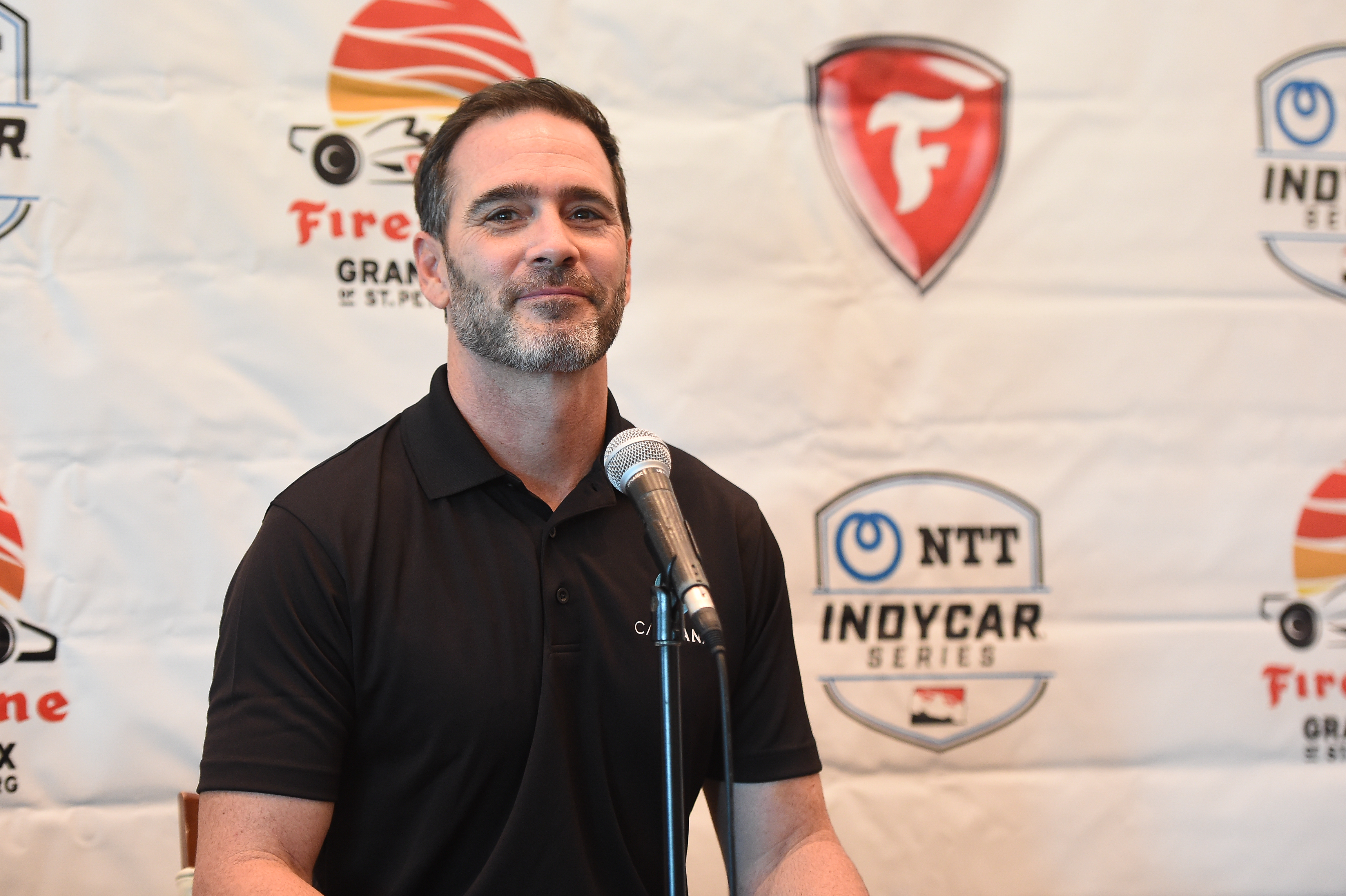