Scott Dixon scored a spectacularly dominant victory to kick off Chip Ganassi Racing’s 30th anniversary year, as his team-mate and main rival Felix Rosenqvist crashed out of the Texas IndyCar opener late on in dramatic fashion.

The strategy of the race was largely dictated by the mandated maximum tyre stint of 35 green-flag laps, due to Firestone bringing an alternative tyre to this round because it didn’t have time to develop a new tyre to handle the weight of the aeroshift at this high-banked track due to the coronavirus pandemic.

While polesitter Josef Newgarden dominated the first stint of 35 laps, just before it finished Dixon edged into the lead – and it soon became clear that the Penske cars had set-up issues with Simon Pagenaud – like Newgarden – suffering a right-rear vibration. 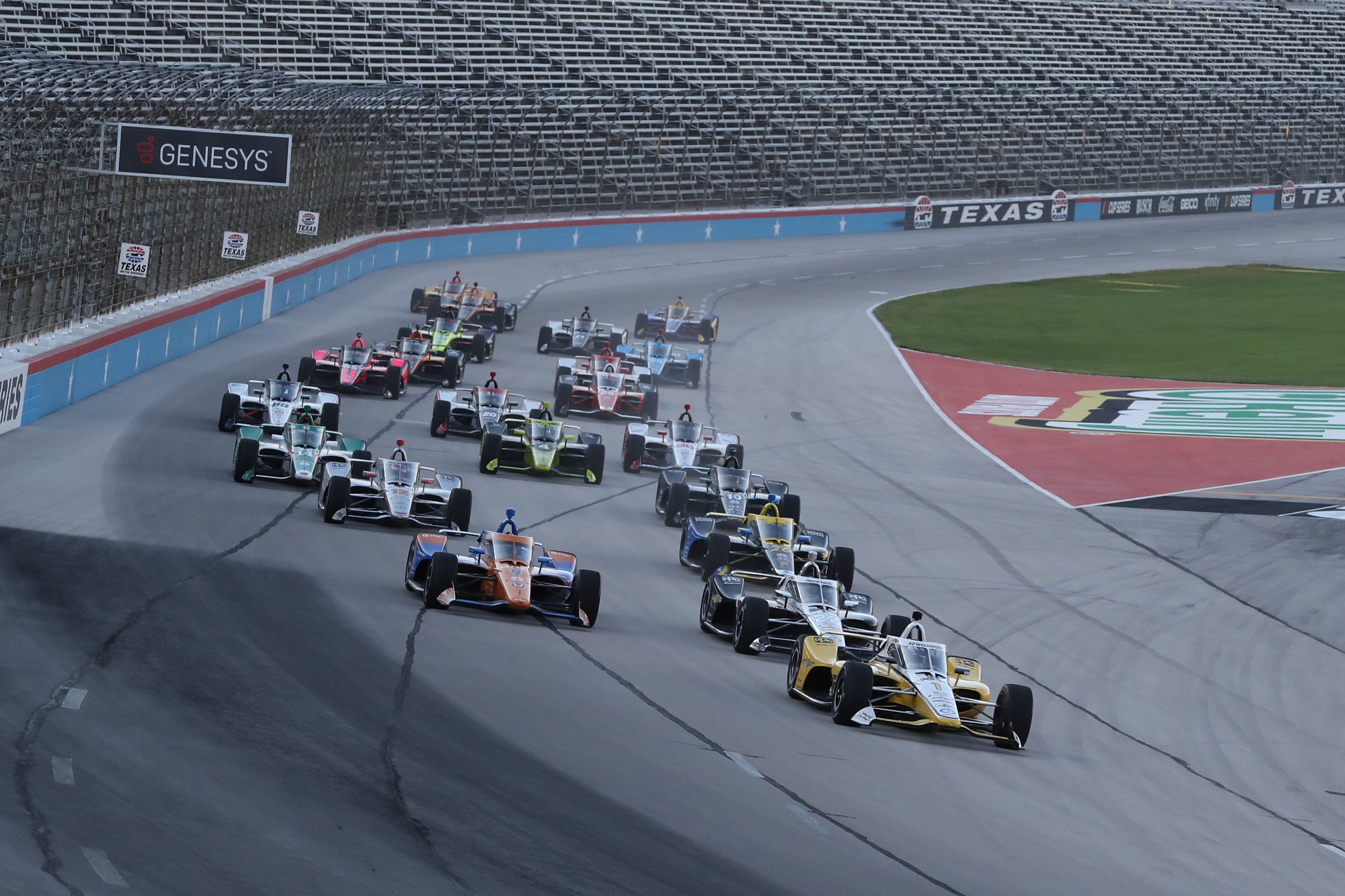 Approaching the third stint, Dixon was robbed of first place by a slightly slower stop, but when the race resumed he soon stormed into the lead with a brilliant move around the outside of Newgarden at Turn 1.

In the second half of the race, luck appeared to be against Dixon as his eight second lead was almost wiped out when he was unable to pass Penske’s Will Power in traffic, allowing Rosenqvist to close in.

Chasing his first IndyCar win and after an off-season of pondering his oval form, Rosenqvist drove quickly, but conservatively and sensibly, to run down Dixon approaching the final pitstops.

But during that last pit sequence approaching the final 10 laps, both the leaders encountered heavy traffic.

While Dixon was able to move past the backmarkers in front of him, Rosenqvist spun after he moved up the racetrack trying to pass Andretti Autosport driver James Hinchcliffe. Rosenqvist hit the wall, ending his race.

The yellow for that crash created a four lap showdown, but Dixon had a host of lapped traffic between him and second place man Pagenaud when the race resumed, which guaranteed Dixon an excellently judged win in tricky circumstances in this one day event, the first IndyCar race since September 2019.

It was also a big win for Dixon who led over 150 laps of this race last year before crashing out in agonising fashion in an incident with Colton Herta.

Pagenaud held on to take second, the 2019 Indianapolis 500 winner fending off Newgarden at the last, after Newgarden in turn had jumped Ed Carpenter along with Zach Veach. 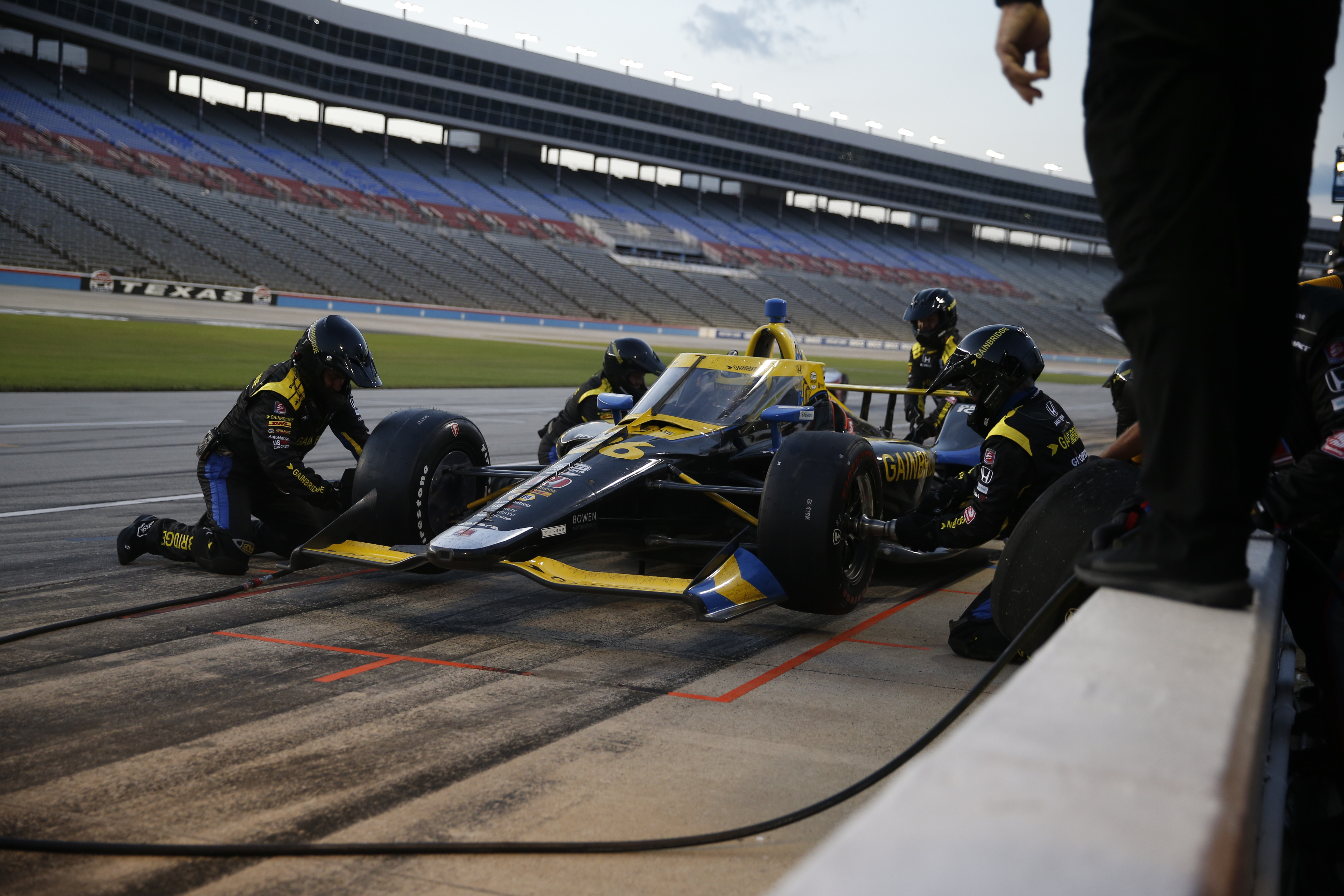 Veach had fought Charlie Kimball around the top seven for most of the race. Kimball ended the race in the wall after cutting across Hinchcliffe on the final lap – but Veach equalled his best IndyCar finish of fourth – previously achieved at Long Beach, a track that couldn’t be more different.

Veach topped the Andretti runners ahead of Carpenter, and a brilliant run for a driver who will race for Carpenter’s team later in the year – Conor Daly.

Racing for Carlin this weekend – with the team unable to field a second entry at Texas and citing the economic effects of the coronavirus – Daly spent most of the evening in the top 10 and delivered a strong result for the minnow team.

Before the race had even started, drama struck a number of crews.

Andretti Autosport pair Hunter-Reay – who had qualified fourth after his crew worked tirelessly to repair damage from a practice crash – and Alexander Rossi had what are understood to be ECU issues and struggled to get going.

The Rahal Letterman Lanigan squad had a nightmare, as it couldn’t get Takuma Sato’s car repaired in time for the race following his heavy qualifying, and Graham Rahal had a pre-race issue that robbed him of his fifth place start and meant he joined the race late.

It was VeeKay’s second crash in six hours following a practice shunt, and ended what had been a promising first ever oval outing for Palou in his IndyCar debut at Texas.

Palou’s Dale Coyne team-mate Santino Ferrucci had issues in practice and failed to run in qualifying, and then had an issue on pitroad in the second half of the race that forced his retirement. 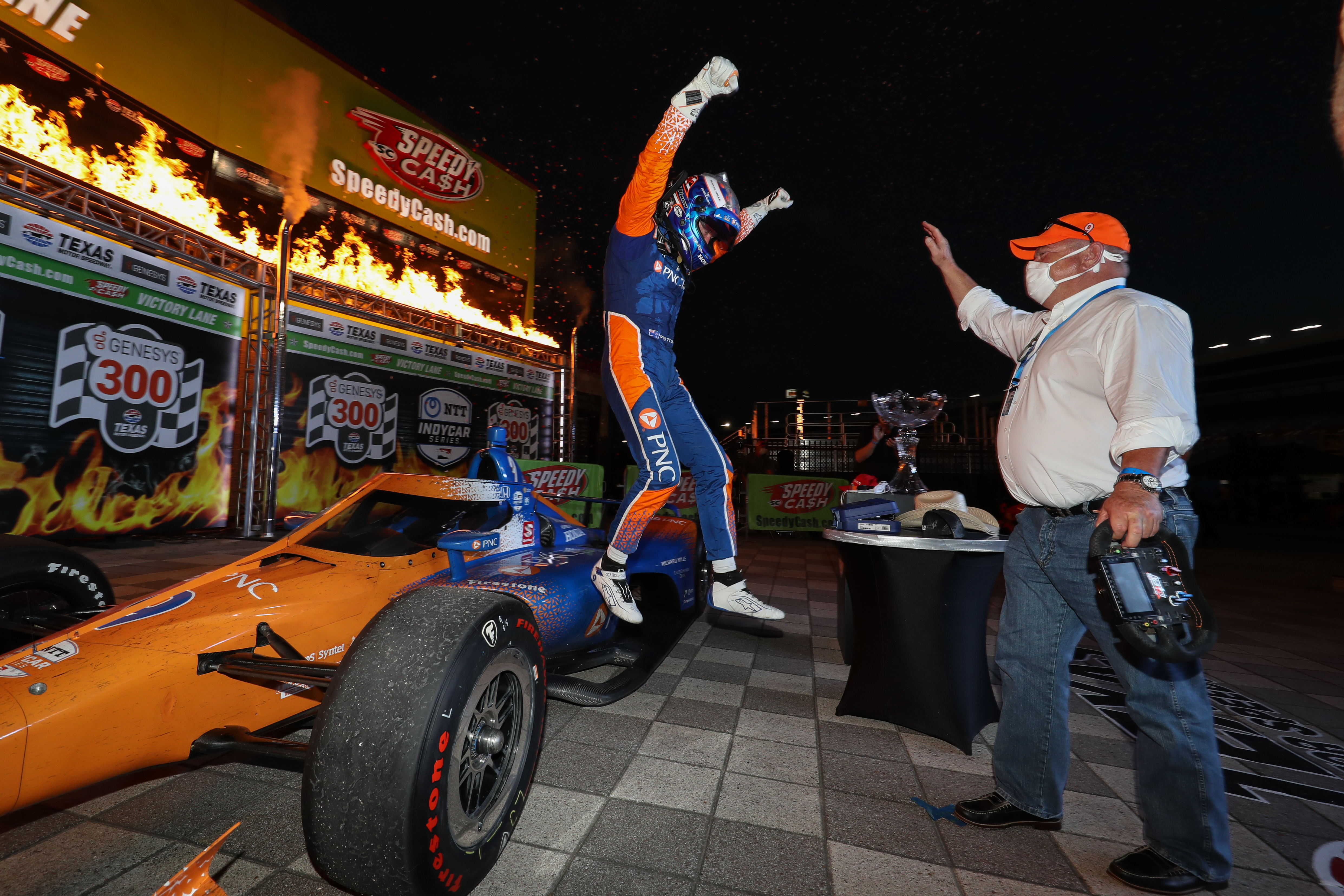