Baldwin, driving the #2 Jenson Team Rocket RJN McLaren along with Michael O’Brien, took the start of the three-hour race in fourth place and was up to second on the opening lap, slotting in behind race leader Rob Collard. He then inherited the lead when Collard pitted – only to then likewise come in under an early safety car and hand over to O’Brien.

The stop under safety car dropped the crew outside of the top 10, but O’Brien was up to ninth by the time he returned to the pits for another driver change. Baldwin’s second stint then took the McLaren to fifth, and after handing over to O’Brien for the final time the crew cycled through to second, even sitting right behind the leader car as it emerged from its last stop.

Long-serving GT ace Yelmer Buurman picked off O’Brien with a minute left to go, but a podium finish was under no threat as O’Brien brought the car to the chequered flag, nine seconds off the winner and half a minute ahead of fourth place.

The other Team Rocket RJN McLaren of Button and Buncombe ran on the outskirts of the top 10 for most of the race and finished as the last car on the lead lap in 14th, improving three places on where it had qualified.

“It was good fun,” Button said after his first-ever stint in British GT. “The pressures are really high, we were worried because yesterday we really struggled with tyre temperature, that was our real downfall in qualifying.

“I think we went a bit too high [today] and my pressures were, yeah, pretty high, so it was just moving around a lot on the rear. But it was pretty good fun, and the pace was okay.”

Collard and team-mate Sandy Mitchell won the race and with it the GT3 title for Barwell Motorsport. The fellow Barwell Lamborghini pairing of Phil Keen and Adam Balon had also been in contention, as was the Ram Racing Mercedes crew of Sam De Haan and Patrick Kujala – but when De Haan spun around Balon and received a 10-second stop-and-go penalty, the Collard/Mitchell title was all but assured.

GT3: Delight and heartbreak for @BarwellMotorSpt within 30s! @CollardRob takes the lead from Loggie just as Balon is tapped out of P5 by De Haan.

The Lamborghini re-joins but it's a long way back from here.

Baldwin and O’Brien finished the campaign, which for them had begun with a win at Oulton Park, in fourth place. 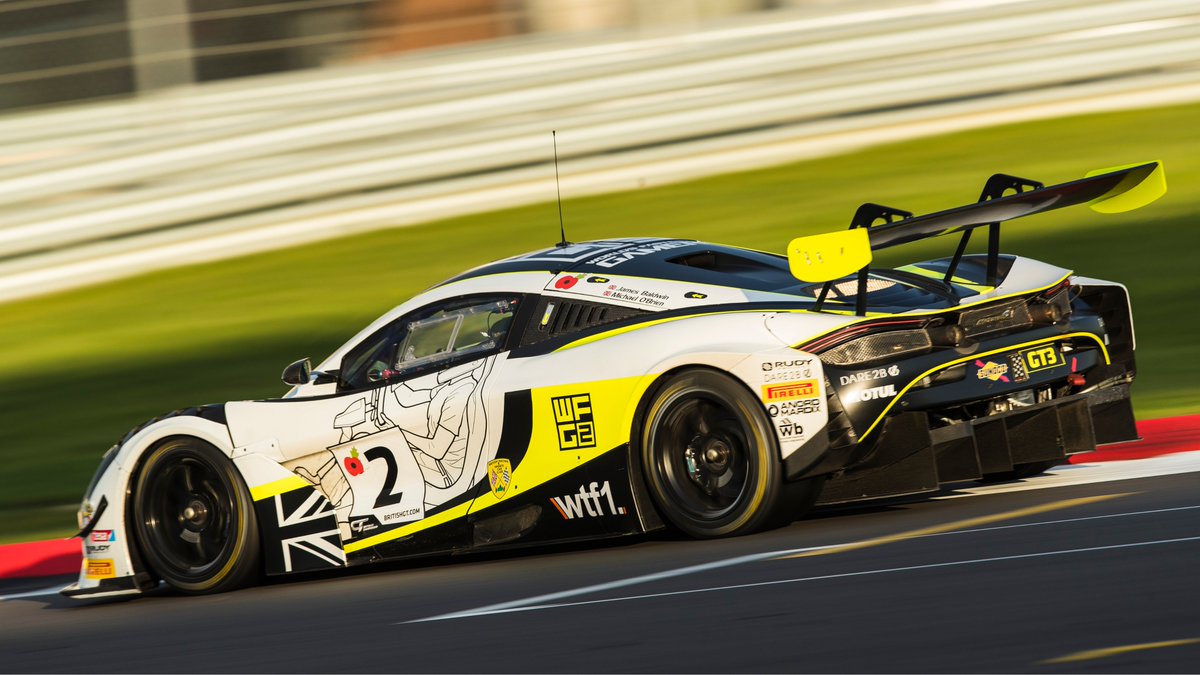