Jernej Simoncic won his second drivers’ title in the Formula SimRacing World Championship after claiming his fifth race win of the season.

The Slovenian is the first driver to win back-to-back championships since Bono Huis won five drivers’ championships in a row from 2010 to 2014.

Simoncic saw off his final championship rival Petar Brljak with one race still to run.

He took pole position at Suzuka with a margin of over a tenth of a second to Michi Hoyer in second, with Brljak starting the race in fifth.

Brljak entered the race with an 11-point deficit to Simoncic, but a retirement for the Edge Esports driver meant he was unable to score any points at all.

A wheel disconnection caused Brljak to steer hard left whilst rounding the right-handed Turn 1 in what was otherwise a successful overtake on Dawid Mroczek.

The sudden change in steering sent Brljak’s car into the barrier at high speed, giving his car significant damage. 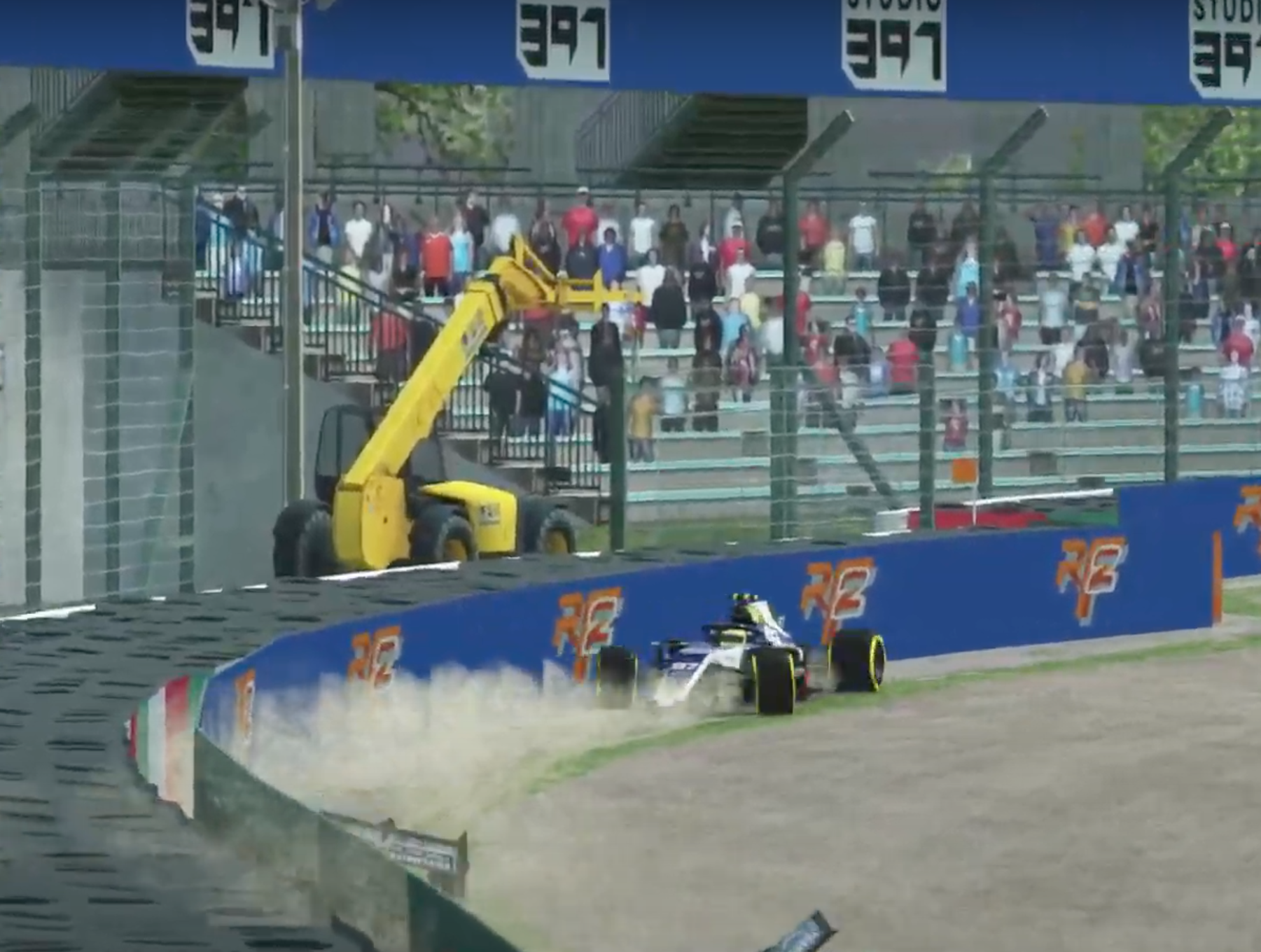 It was a comparatively quiet race for championship winner Simoncic as he led from pole and rarely looked to be under threat for the win, beating Hoyer by five seconds.

Muhammed Patel qualified in 10th but moved his way to an eventual finishing position of third after a combination of a good start and race strategy.

He made up two places in the opening lap, getting past both Tom Satherley and Janos Bracsok.

His masterstroke came when he elected to have longer opening stints than his competitors so that he could run on soft tyres at the end of the race.

With Patel on the softs and most of the other frontrunners on hards, he passed Dawid Mroczek, Dennis Jordan, Janos Bracsok and Alex Siebel to take the final step on the podium.

“It would have been more exhilarating if Petar Brljak was still in the race and fighting for P4, but it’s awesome!” Simoncic said after the race.

“I felt pressure after my disconnection last race and now with Petar’s wheel disconnection, we are now 1-1 in unlucky retirements.

“Really happy and really fantastic job by the team [Burst Esport], awesome preparation to be P1, P2, P3 and P4 in qualifying.that made the race so much easier.”

Currently leading the way is Burst Simplexity Esport and its drivers Mroczek and Hoyer with Evolution Motorsports just one point behind.

The team Simoncic drives for, Burst Riotoro Esport, is currently third in the constructors standings and 13 points behind its sister team.

The final round of the season will take place on August 9 at the Interlagos circuit in Brazil.